Finally, LG's UltraWide and UHD monitors are now in Singapore

Finally, LG's UltraWide and UHD monitors are now in Singapore 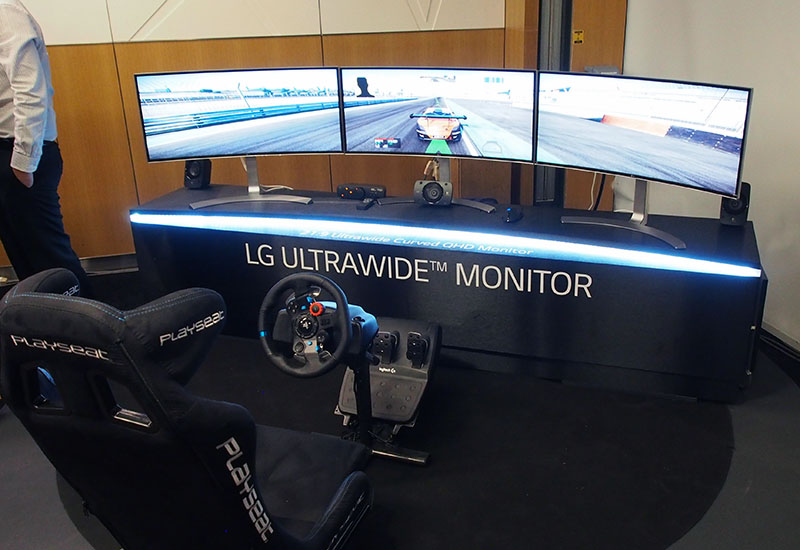 LG is one of the world’s largest manufacturer of LCD panels, and their expertise in this craft was on show today as they launched a wide range of new premium monitors. Available in a variety of sizes - from 21.5 to 34 inches - these panels come with cutting-edge technologies and represents the best that LG has to offer. 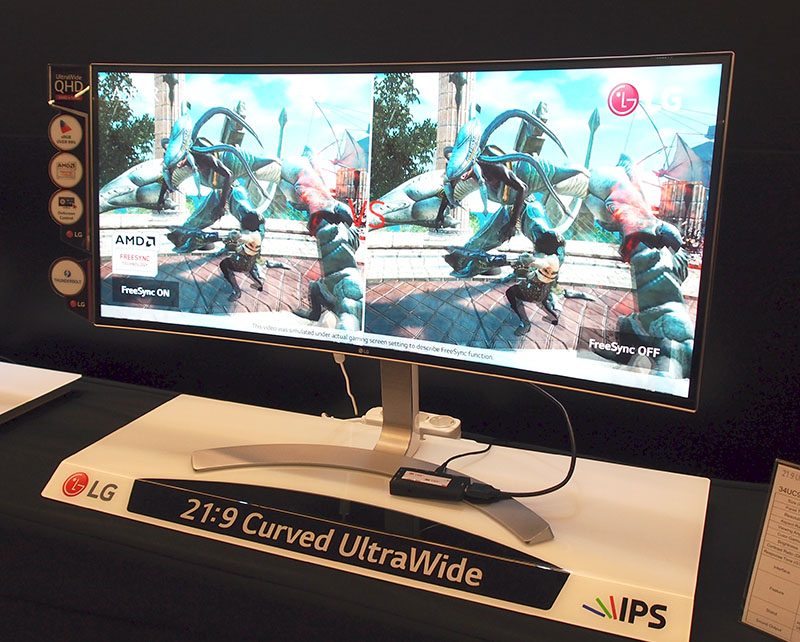 One of the key highlights in LG’s new monitor lineup is their UltraWide series. These are, as you might have guessed, ultra-wide monitors with an aspect ratio of 21:9, making them great for movie buffs and for multi-taskers who like to line up application windows side by side.

Headlining the UltraWide series is the 34-inch 34UC98 monitor. Not only is the display large and wide, it is also curved, which makes for a more immersive viewing experience. The 34UC98 supports IPS technology and covers 99% of the sRGB color gamut, and outputs a resolution of 3,440 x 1,440 pixels.

What makes the 34UC98 a great monitor for productivity, aside from its wide display and high resolution, is LG’s Screen Split 2.0 technology. This allows users to customize their monitor by resizing and displaying multiple windows and even sources at once. The 34UC98 can display up to two sources simultaneously. There are 14 different options to choose from, including up to four Picture-in-Picture choices. 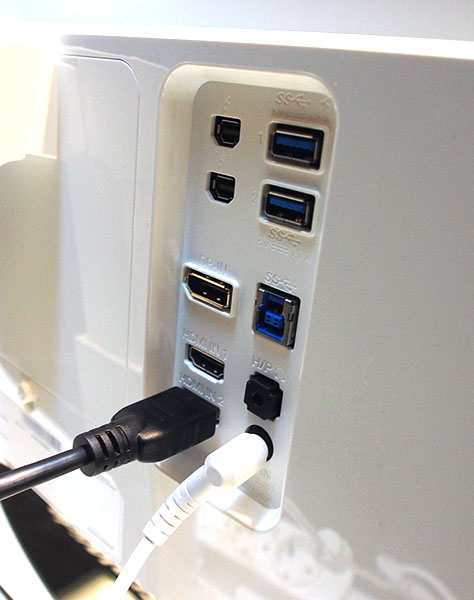 The U34UC98 also comes with a good selection of input and output ports. For instance, it has both Thunderbolt 2 input and output ports, which means it can be used to daisy chain other compatible Thunderbolt devices. The Thunderbolt 2 port also means it supports Mini-DisplayPort inputs. It also doubles as a USB hub as it has two USB 3.0 ports that with one of those ports supporting Quick Charge for faster charging. It also supports HDMI input via two HDMI 2.0 ports.

Although the 34UC98 was designed primarily for productivity, it’s also a capable gaming display. Refresh rate is 60Hz, while response time is 5ms. Plus, it also supports AMD FreeSync. The 34UC98 is priced at S$1,599.

If 34 inches is too big for you, there’s the smaller 29UC88. This model also sports a curved IPS display, but its 29-inches large and outputs a lower resolution of 2,560 x 1,080. It also covers 99% of the sRGB color space, but lacks some of the features found in its larger brethren, such as Thunderbolt connectivity. The 29UC88 is priced at S$899. 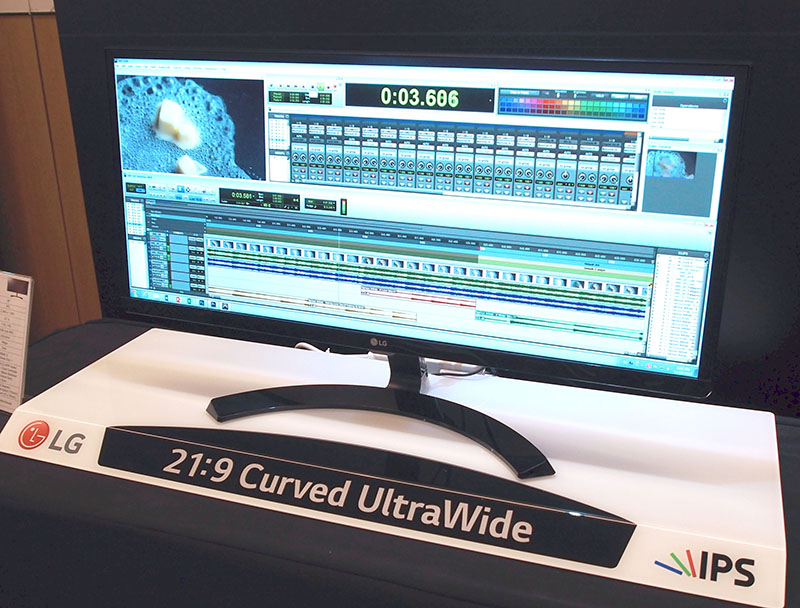 In a nutshell, the UltraWide lineup consists of two curved displays (34 and 29-inch) and also two flat displays (29 and 25-inch). Here are the key specifications of all four monitors, including their prices: The hero product in this 4K series is the 27-inch 27UD88. It features a 27-inch IPS display and supports a resolution of 3,840 x 2,160 pixels. It covers over 99% of the sRGB color space and comes factory calibrated for truthful representation of cover.

However, it also features support for FreeSync, which makes it more suitable for gaming. It also has LG’s Split Screen 2.0 technology, which allows users to configure the monitor to display multiple windows and even sources conveniently. Another nifty feature is that it has a USB Type-C port, which means it can be used to power LG's new Gram notebook. The USB Type-C port can also be used with other USB Type-C peripherals like storage devices. The 27UD88 is priced at S$999. 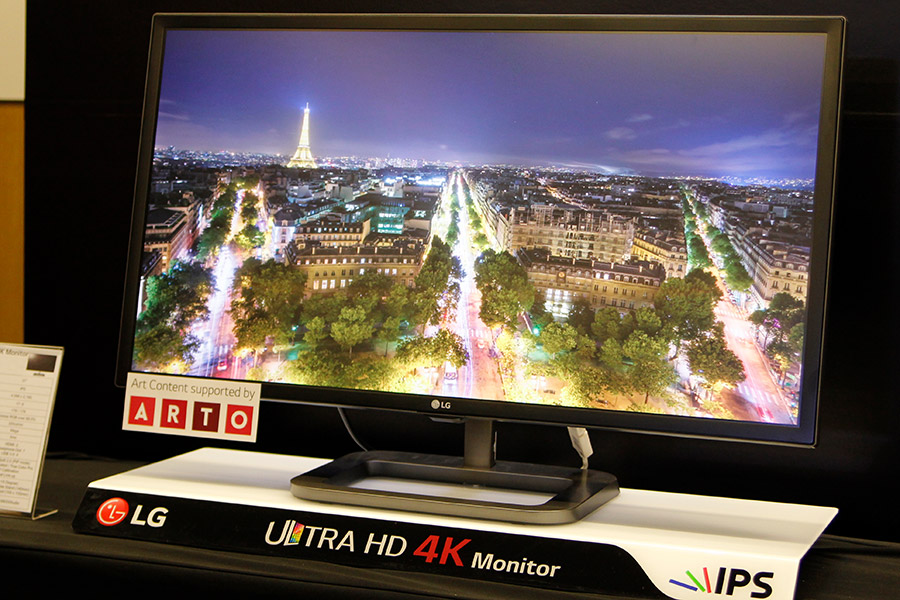 Another interesting 4K monitor LG is bringing in is the 31MU97, a 31-inch display with a 17:9 aspect ratio. While this ratio may sound strange to many of us, motion picture professionals will all know too well about it. That's because this monitor has a 4,096 x 2,160 pixel resolution, a resolution we call DCI (Digital Cinema Initiatives) 4K. This resolution is widely used in digital cinemas and high-end home theater projectors.

As such, the 31MU97 designed for those doing cinema or color-critical work. It sports an IPS display with an Adobe RGB coverage of over 99%, and a 10-bit color depth, which in theory allows it to render over one billion colors. You can even compare Adobe RGB and sRGB side-by-side on the same screen. To maintain color accuracy, it comes with a dedicated True Color Pro calibration software and a factory preset.

In addition to various presets for different use cases, the 31MU97 is also equipped with two internal 5W speakers and Maxaudio functions for great sound when you're while reviewing or editing 4K content. Connectivity-wise, it has two HDMI ports, one DisplayPort and one mini-DisplayPort, and three USB 3.0 downstream ports. The power supply is another within the chassis, so there's no external power brick to content with. Pivot and height adjustments are also possible. The 31MU97 is selling for S$1,799.

Here is a summary of the key specifications of the new Ultra HD monitors: LG is also bringing several 1080p monitors to Singapore. Both TN and IPS display technologies are represented, and we've screen sizes going from 21.5 to 27 inches, and prices ranging from S$134 to S$399.

While their specs and features (e.g. split screen, picture-in-picture) are mostly on a par with other brands' consumer models, LG is keen to stress that their models are sleeker, with a reduced body frame depth as much as 25%. They also undergo color calibration tests before shipping out from the factory, and come with user-friendly features such as a Reader mode that reduces blue light, a Flicker Safe function for a consistent viewing experience, and a Black Stabilizer mode to brighten dark scenes in games.

Here's a list of key specs for these new LG consumer monitors: