Final Funan: What stores think about the mall closing (Updated)

Final Funan: What stores think about the closing, and what they have planned

Note: This article was first published on 9th June 2016. 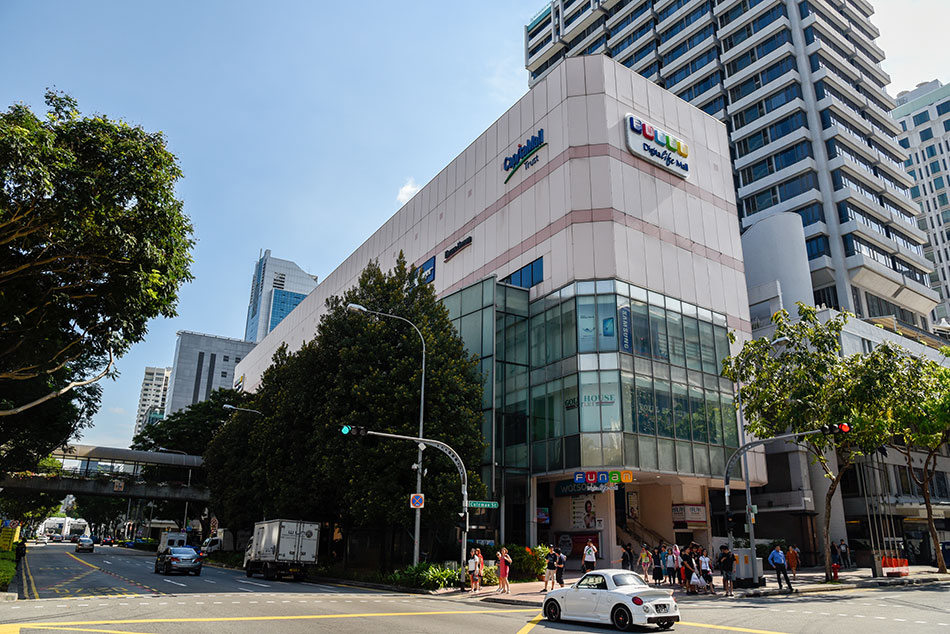 Updated on 17/6/16: We’ve updated this story with comments from three more stores.
Updated on 29/6/16: Added our very first 360 video to capture Funan externally and internally as it stands today.

If you’re a geek, chances are that you’ve spent some time in Funan DigitaLife Mall. Even if you’re not a geek, you probably know Funan as the alternative to Sim Lim Square, a place where you go when you want to buy electronics, computers and cameras.

Well, all that is going away by the end of the month. Come June 30th, the 31-year old Funan Mall will close its doors for the next three years, to be redeveloped into a “creative hub.”

In a press statement released in December last year, CapitaLand Mall Trust Management said that Funan will be developed into “an aspirational lifestyle destination”, an “experiential creative hub” which will “enable shoppers to enjoy retail in a technology-enabled environment.”

We don’t really know what all that means until we see the outcome of the new development. For now, here's a detailed 360 video walkthrough of Funan internally and externally:-

What we do know for sure is that the Funan as we know it is today will be gone, and it’s unlikely that there will be anything quite like it again. While the larger stores like Challenger will have other branches to fall back onto and their new online e-commerce site Hachi.tech, we wondered what some of the smaller shops have planned - so we went down and asked them. 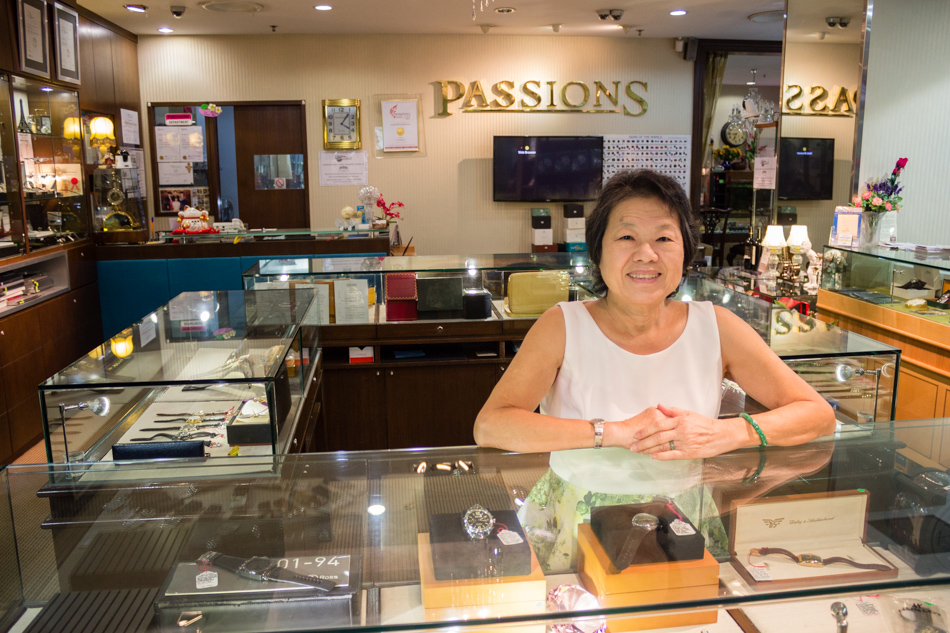 Passions Watch Exchange has been in Funan for nearly 20 years. Helen Tan, its senior director, started the company with her son, Johathan Tee. Her son first started selling vintage watches from a corner of his mother’s four-unit furniture shop; she eventually decided to let go of her furniture business and start a pre-owned watch shop with Tee.

They now have a branch in Kuala Lumpur, Malaysia, which has been running for the past nine years. Passions will be moving to Fullerton Hotel after Funan closes. Tan says that business hasn’t been doing well in the past few years, but she hopes that the new location will be better for them. 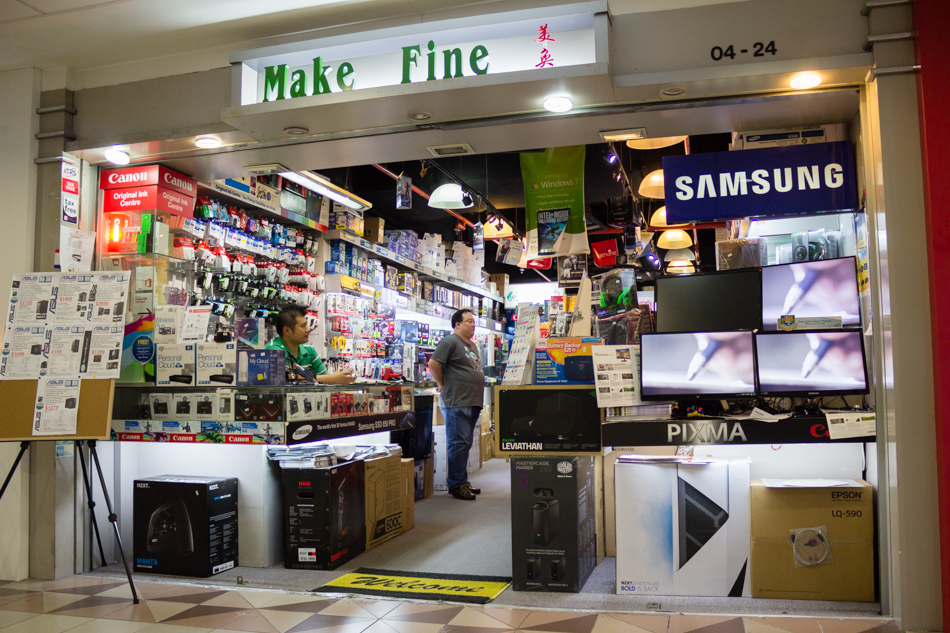 Ways, sales engineer, tells us that his family-owned business, Make Fine Computer, has around since 1985, and in Funan for 20 years. He tells us that he’s seen traditional IT shops like his dwindle over time. Like everyone else, he heard about the closure from the newspapers, but he wasn’t too surprised as rumors had been going around for a few years.

Make Fine Computer will move to Sim Lim Square in July, where they originally started. 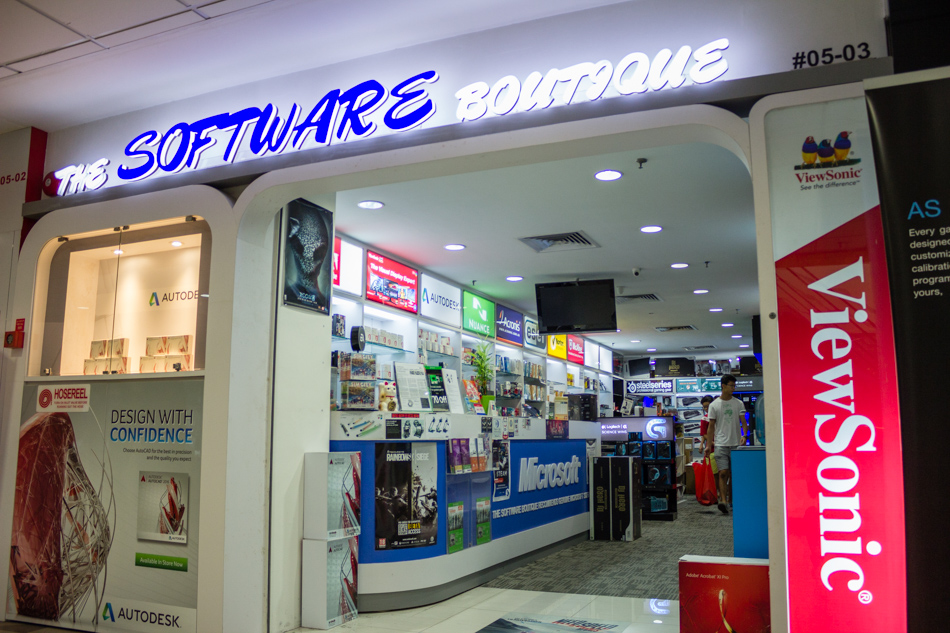 The Software Boutique has spent 14 years at Funan, and Koh Kew Siong has been there all this time. When we ask him about the crowds at Funan, he makes the point that Funan isn’t a standard mall where people come to browse and shop. “When you come here, you usually have a purpose for coming. It’s more for the IT and gadgets.”

Koh said that he’d expected the news of the mall’s closing, and his company will move into a home office after the closure to continue working with corporate clients. 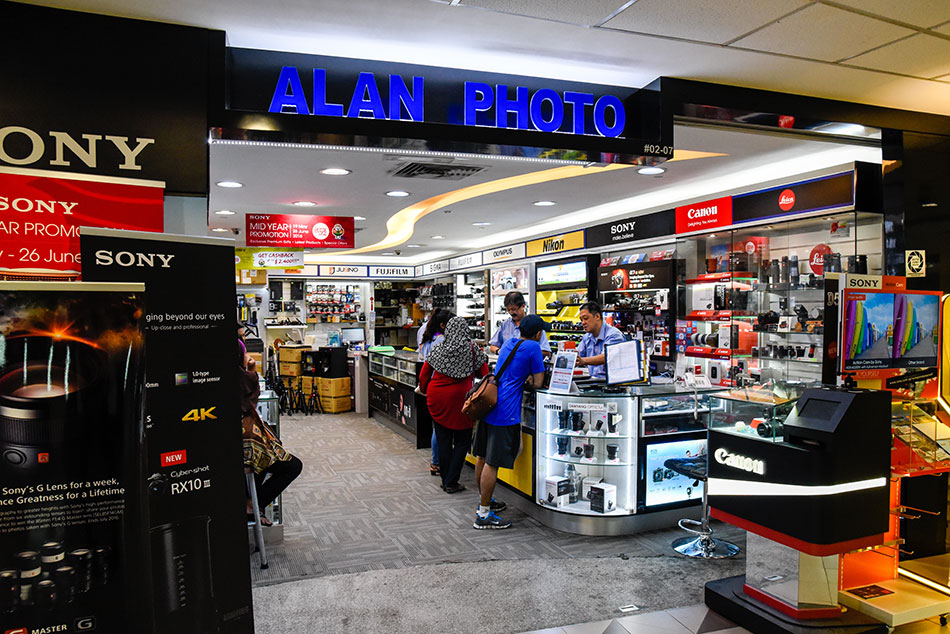 Alan Photo has been at Funan for the past 12 years, and Vincent Chay, sales representative, has been there since day one. “If you’re here for so long, the location is something of paramount importance to us, because so many people know that you are in Funan. People won’t be used to a new location.”

Chay tells us that Alan Photo will be relocating to Raffles City by early next year, in the meantime, they’ll be shifting back to their main store in Sim Lim Square. 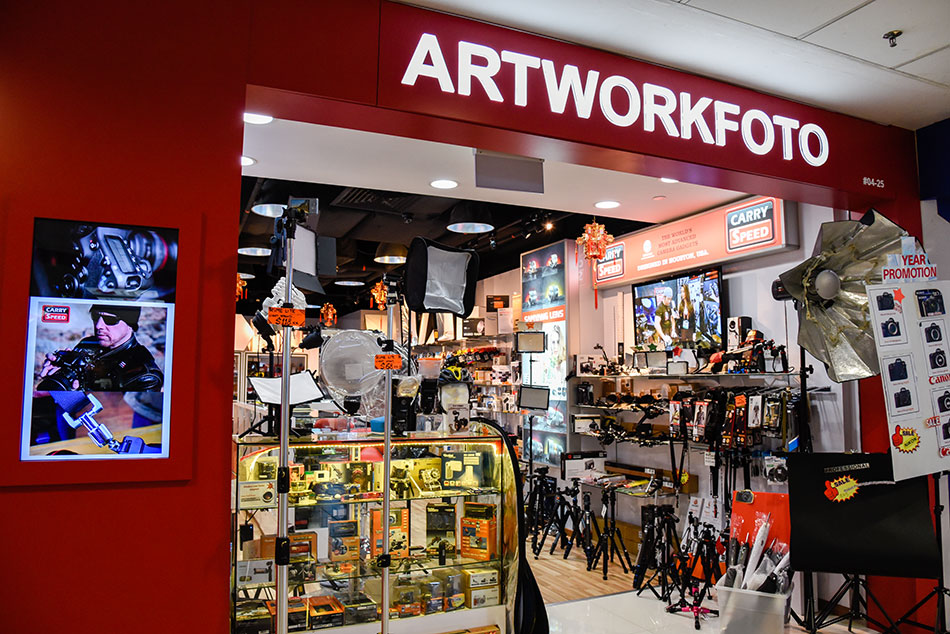 Artworkfoto has been in Funan since 2013, and Melvin Liew, sales manager, reflects on how he’s seen local photographers congregate at Funan, visiting its photography shops and having coffee together.

"We were initially shocked and surprised at the announcement," Liew says, "Since there is no substitute for Funan at the moment, we were also worried at the impact of Funan’s closure on the photographic scene. We also experienced some sadness, as Funan has been a local landmark popular with both locals and tourists; we will miss Funan."

Artworkfoto has opened a new outlet at Plaza Singapura on the 4th floor, where Liew says other IT and digital lifestyle tenants from Funan are also moving to. 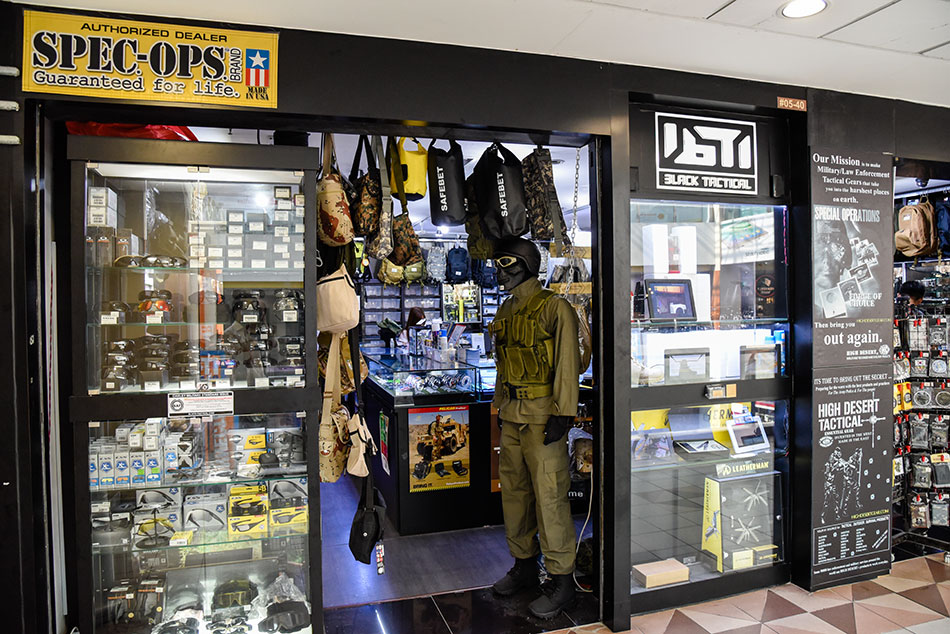 Black Tactical started life in the HDB heartlands, and later moved to Funan, where it’s been for the past four years. We ask Zhang Xinglong, partner, about the closure, and he didn’t sound surprised when it happened, "A lot of rumors were around for a few years. We heard about (the closure) when they officially announced it in the papers."

Black Tactical will be moving to the Adelphi, come July. 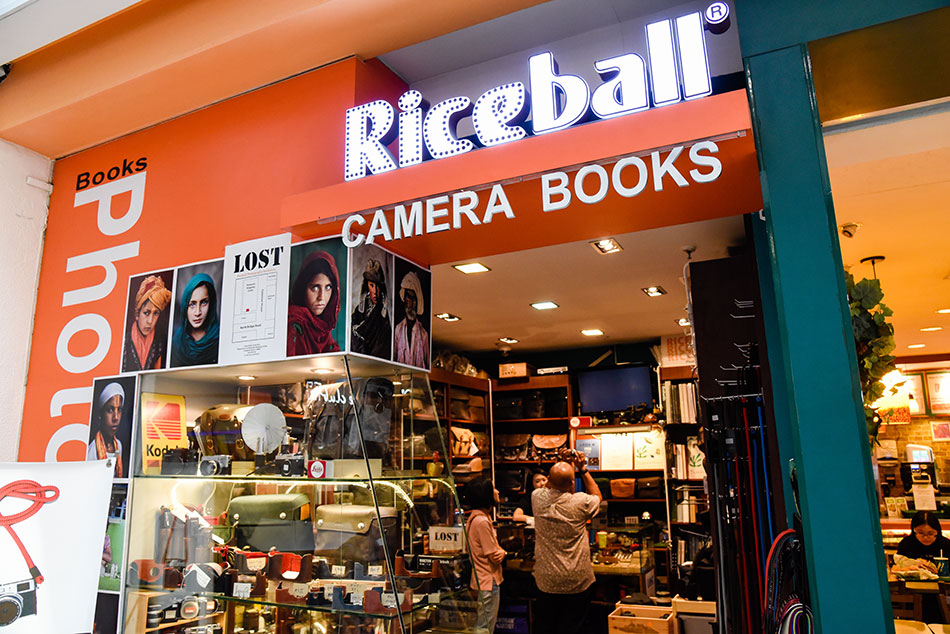 Riceball Photography bookstore is well-known among photographers, as possibly the only photography-focused bookstore in Singapore.

Teo Siew Choo, sales executive, tells us that Riceball has been in Funan for nine years, and that it was started out of passion for photography. “It’s a shame that Funan is closing down, as it’s a one-stop shop for gadgets and cameras.”

Riceball will be moving to Peninsula Shopping Center in July. 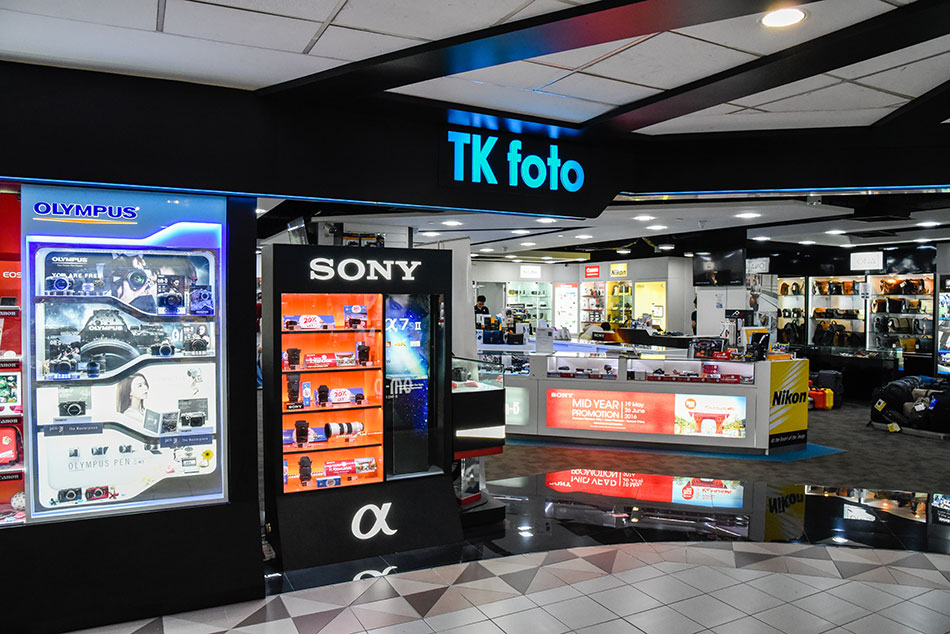 TK Foto has been in Funan for five years. Brigid Mui, its secretary, says she’s "a bit sad" that Funan is closing. The store will be moving to Plaza Singapore at the end of the month.

Once again, take note that the mall closes on June 30.