Note: This article was first published on 9th Feb 2021. 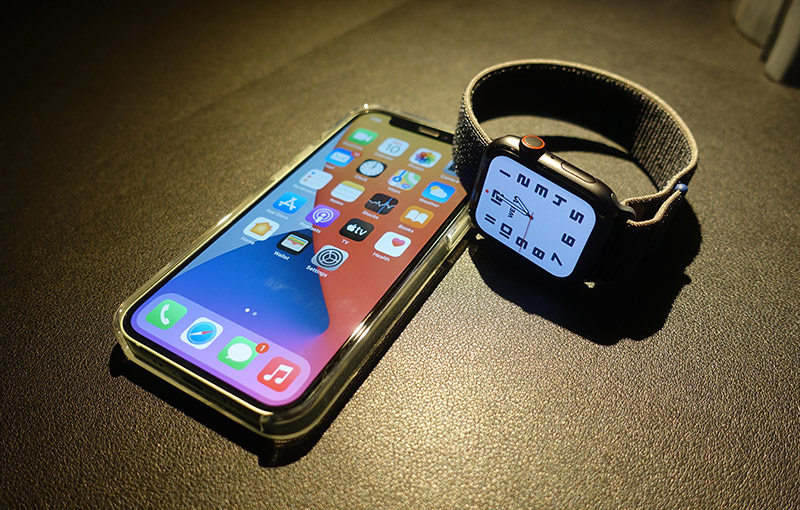 My dad is from the baby boomer generation and so like many of his peers, he gets technology but at the same time not necessarily "get" it. He knows Apple is a great tech company but ask him what’s the latest iteration of the iPhone and you’ll very likely receive a blank stare in response. He is also in his late 60’s and unfortunately is not in the pinkest of health – diabetes issues, a heart bypass, high cholesterol, etc…you name it. Essentially, his movement at home and outside is best monitored.

So, when I told him about Apple’s new Family Setup feature and that we get to try it out over the weekend with an Apple Watch SE, he’s more than game for this little experiment. Here are my findings: 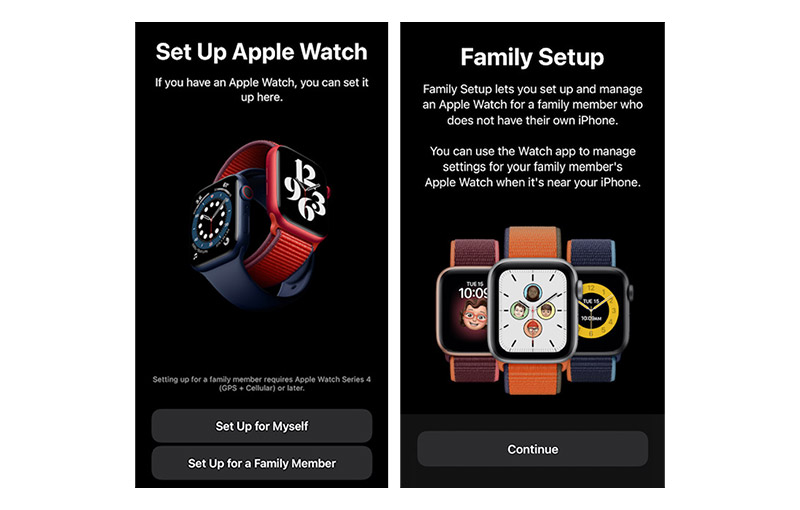 The Apple Watch has always needed an iPhone to work. It still does, but with Family Setup now you can set up a family member's Apple Watch so they don't need an iPhone of their own (drum roll…my dad does not see the need to replace his three-year old Samsung Note smartphone).

Now, Family Setup for all its intent and purpose was really built to help an iPhone-using parent “tether” to their kids. For instance, parents who want to keep in touch with their kids while he or she’s at school and during their commute back, but yet not seeing a good reason enough to give them a full-fledged phone.

In such scenario, the Apple Watch and Family Setup could fill the bill. Conversely, it could also work very well with children and their elderly parent – in a similar scenario like my dad and me. 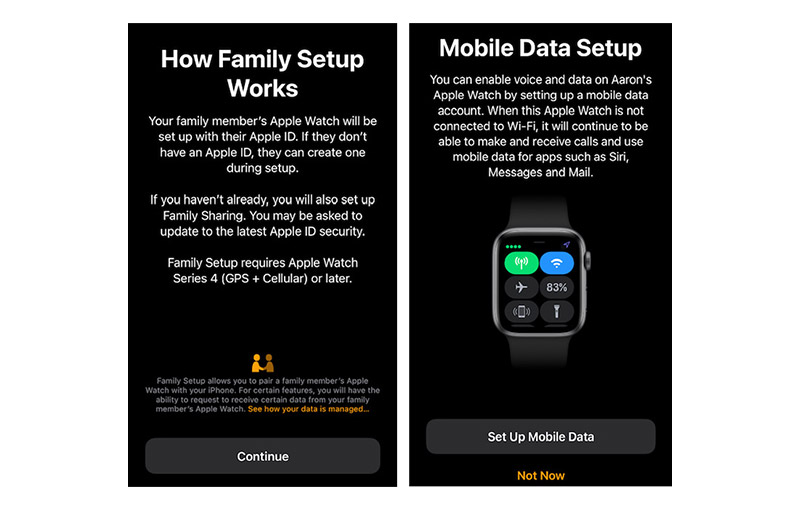 Setting up Family Setup is a straightforward process and is similar to setting up your own Apple Watch. There are key differences though; Family Setup will only work with a cellular version of an Apple Watch Series 4 or above and requires a monthly subscription to StarHub’s FamilyConnect plan (from S$8/mth). Family Setup isn’t exclusive to StarHub but they are the only local telco that supports this Apple’s feature at launch.

So anyway, to add my dad’s new Apple Watch SE onto my iPhone 12 Mini’s Watch app, we quickly realised that an iCloud account has to be created for him in order to add him as a family member in my account via Family Sharing in iCloud settings.

From there, I was also given the option to track health data on his Apple Watch SE. This creates an entirely new sub-profile on the Health App, showing his exercise and and activity stats, including heart rate, his sleep data and even the number of times he’s washed his hands (no kidding). It sounds pretty intrusive – I can even monitor his location – but I can’t think of a better way to keep tabs on an older relative. Apart from time keeping, my dad and I agreed that the Apple Watch is more a communicating and emergency device rolled in one and he’s only need to learn the basic but key functions as well as remembering to charge it daily. 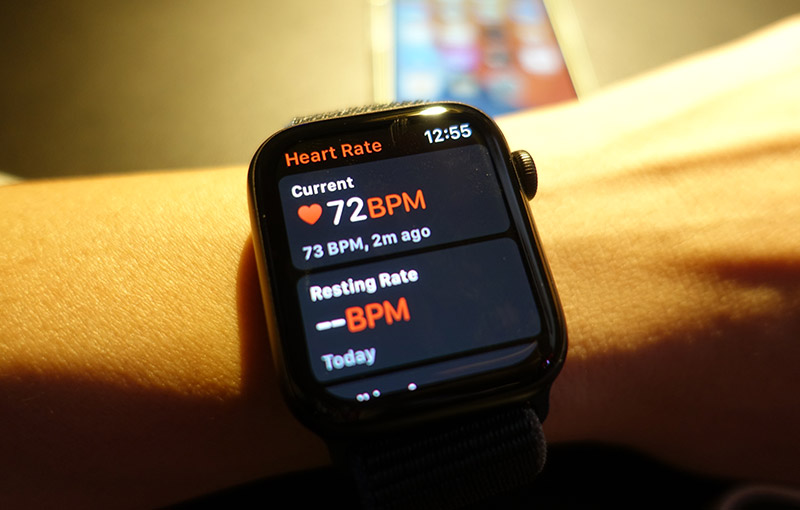 The intuitiveness of the Apple Watch’s simple interface becomes apparent. By noon, my old man has gotten used to the watch and began having fun with it. He used Maps to guide him to his favourite coffeeshop that’s just two streets down for the heck of it, spent an hour creating his own Animoji because he thinks it’s cute and weird. He cracked up playing Walkie-Talkie with me and even traded “dad jokes” with Siri. I also showed him Music, which he didn’t care much for since he doesn’t use AirPods. I urged him to use the Workout App and he begrudgingly promised he’ll give it a shot this week.

But I can tell he relishes the confidence of taking his own walks out of the house now, knowing that the Apple Watch’s famed fall detection and GPS accuracy meant help will not be too far away should an emergency arise. Personally, having access to his health data and knowing that the watch will alert me on my iPhone if his heart rate is going unusually high or low or showing irregular rhythms is the key selling point of Family Setup for me.

The challenge though, is getting him to remember charging it every day. Apple Watches’ battery life is notorious, and the SE is no different. By evening, the battery life dropped to below 20-percent and won’t last the next day without an overnight charge. It makes me think about what Apple really needs to do with the Apple Watch next: fix that battery life. One day or less does not quite cut it if you consider almost every competitions’ watches out there performs way better in this aspect. It needs to last several days for it to be easier to use, especially for an elderly adult. 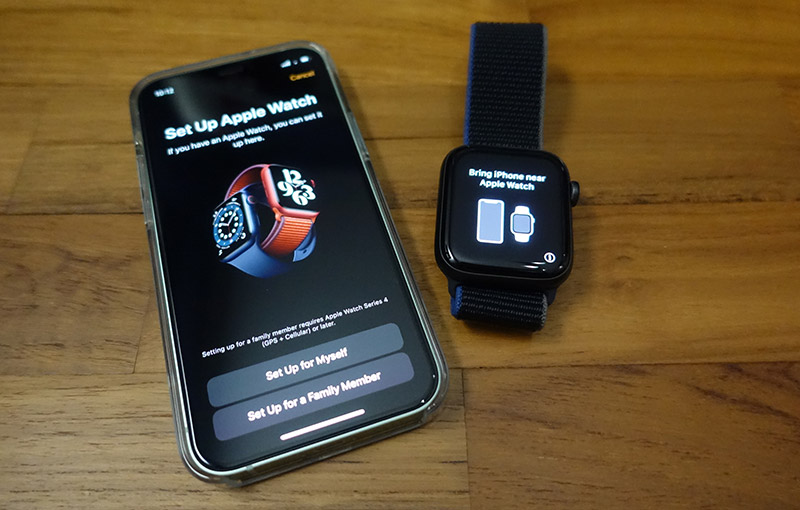 I think Apple is on to something with Family Setup, but the current version feels a little half-baked and even cumbersome at times. Depending on what Family Setup features you want to access, they are spread across different apps on the iPhone. Health-related ones are accessed through the Apple Health app, tracking your child or elderly parent’s location is done via the Find My Apple Watch function in the Watch App, and others are managed in the Screen Time settings page. To be fair, it’s not difficult to remember where to look for what, but a consolidated place or perhaps a one-stop app would make it a lot easier.

One feature I like on the Apple Watch and Family Setup, but couldn’t really try out, was Schooltime mode for when kids use the watch. It’s sort of a remotely controlled, scheduled version of Do Not Disturb. This feature blocks apps and complications and turns on the Do Not Disturb setting for the kids, while letting emergency calls and notifications break through. Turning the digital crown will override Schooltime and activates the rest of the watch, but it also alerts the parent that the mode has been turned off (it turns back on when the watch times out again).

Apple probably have reasons to think that parents would splurge an Apple Watch on their kids (the price of an Apple Watch SE starts from S$419 - would you?) but living in a country where the aging population is increasing and the birthrate shrinking, I'm pretty sure I'm not the only one who would feel more compelled to put an Apple Watch with Family Setup enabled into the hands of my elderly parents to keep them safe.