Fast and Furious 9 Review: A rather fun thrill ride that stays true to itself

Blood is thicker than water 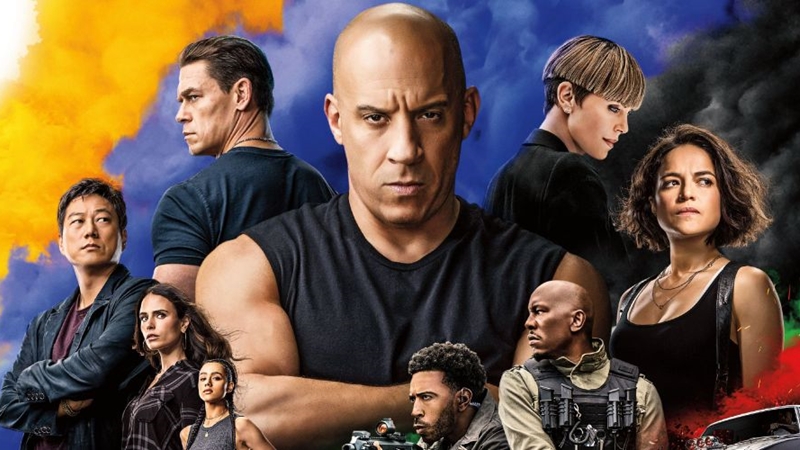 As unnecessary as this might seem, I feel like I have a moral obligation to say it: if you're watching a Fast movie expecting it to make logical sense, you might be better off watching something else. After all, in a franchise that frequently has people jumping from one skyscraper to another in the United Arab Emirates, much less in priceless one-of-a-kind sports cars, that's more than enough reason not to take it seriously.

Accordingly, the same goes for Fast and Furious 9, which premieres in Singapore starting 24 June. After the cyborg-versus-tribal warrior smash fest that was Hobbs and Shaw, it's oddly nice to see Dom's crew back to work on their next big world-saving operation. Although I personally enjoyed the bulk of the movie, especially its adherence to the central concept of "family", I do admit there is one bit I'm a little unsatisfied with, and I'll go into further detail on this later on.

Moving onto the list of talents, and as always, the cast is a star-studded one, with veteran franchise director Justin Lin and all of the franchise's core actors returning to the fray. Vin Diesel, Michelle Rodriguez, Jordana Brewster, Tyrese Gibson, Sung Kang and Chris "Ludacris" Bridges will reprise their longstanding roles in F9, although they're also joined by "newer additions" like John Cena, Dame Helen Mirren and Charlize Theron.

And if that wasn't enough, even the Tokyo Drift folks are strapping in for the ride. Frankly, at this point it feels a little like the Fast version of Avengers: Endgame, but since nobody has ever complained about seeing more good actors on board, neither will we. 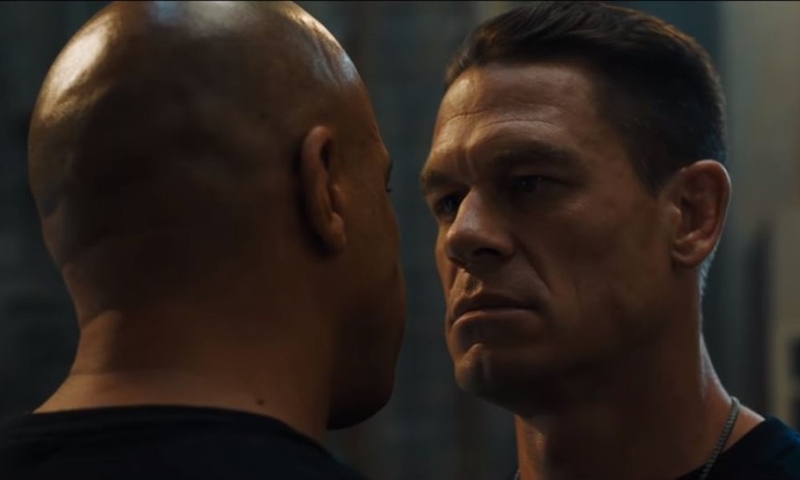 The film opens with a flashback, depicting a young Dom (Vinnie Bennett) along with his father and younger brother Jakob (Finn Cole) at a racetrack. Dom's father is a professional racer, but owing to an unfortunate accident on the track, his car ends up exploding midway through the race, leaving the brothers shocked and traumatised.

In the present, an older Dominic Toretto (Vin Diesel) has retired from his "previous exploits" and settled down to a normal life with his wife Letty (Michelle Rodriguez) and son Brian. Everything appears to be hunky-dory, and Tej (Chris Bridges), Roman (Tyrese Gibson) and Ramsey (Nathalie Emmanuel) inform him that the nefarious villain Cipher (Charlize Theron) has been apprehended by Mr. Nobody.

However, trouble soon emerges as the plane is hijacked by mercenaries attempting to steal one half of the Aries program, a powerful software capable of dominating military weapons systems and satellites.

Naturally, the lack of any reliable leads prompts the agency to request Dom and Co.'s assistance, who realises that one of the mercenaries is his long-estranged brother, Jakob (John Cena). That's not the only shocking revelation though, as the team is also informed that former crewmate Han Lue (Sung Kang), who was thought to have been killed is actually alive. 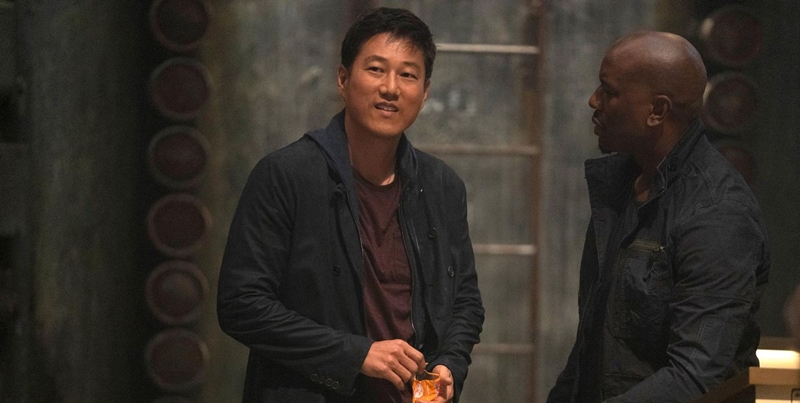 The crew then decides to split up and cover all their bases - Dom heads to London in search of Jakob, Mia (Jordana Brewster) and Letty travel to Tokyo to meet up with Han, while the techie duo and Roman attempt to recruit more allies. After acquiring information from a family friend named Buddy (Michael Rooker) and Queenie Shaw (Helen Mirren), Dom ends up meeting his brother and the latter's partner Otto. A brief altercation ensues, and after a couple more twists, turns, car chases and fights, Jakob not only manages to secure both halves of the Aries software, but its "key" as well.

Well, that's probably as much as we should tell you here, and from that point on, let's just say that the film really hits the nitrous boost on its action scenes. From taking out a battle-armoured truck using electromagnets, to sending rocket-powered cars to space, s**t positively hits the fan and honestly, we wouldn't have it any other way.

Home is where the heart is 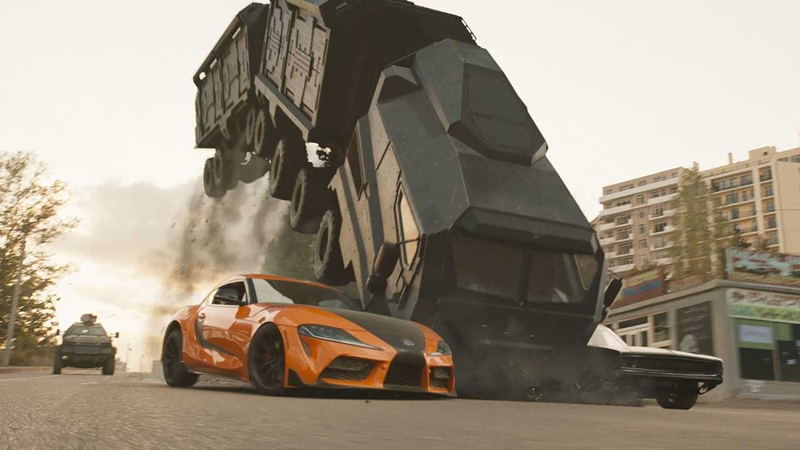 All in all, the plot is as we conceded earlier: generally simple and straightforward, perhaps overly so. Most of the tropes used to build the narrative are well-worn territory, like having the "mysterious villain" being a long-lost relative, or having the good guys fighting with the future of the world at stake. Well, you know the drill. But while the overview seems cliche and basic, it's actually the little emotional gestures interspersed between the action that I feel are the main "actors".

To be more specific, I felt the emotions radiating throughout the film were well expressed by the various actors, and considering it's merely his first ride with the Fast family, John Cena has put on a rather impressive show. For example, there's a scene where Jakob watches Dom embrace Han after so many years being apart, and according to Cena himself when we interviewed him, that hot spark of jealousy that Jakob channels wasn't just felt by us but by his actor too!

Well, that's actually the crux of what makes the movie stand out for me. Whether it's Jakob's animosity towards his brother, the team's happiness of seeing Han alive or Letty's concern for Dom's well-being, the audience doesnt have to guess what they're supposed to feel at any point in time - it's obvious, palpable and more importantly, it's relatable.

Amusingly, this goes double for the many instances of banter between the crew, like how Tej and Ramsey use the electromagnets to mess with Roman's eating utensils. Those are as hilarious as always, but when you really think about it, it's like the movie doesn't treat you as an "audience" per se. Rather, it spares no expense to take you along for the ride with them, making for an adventure that resonates with you both inside and out.

Of course, as emotional as some portions are, those who are in it for the action won't be left wanting either. The franchise prides itself on getting more and more outrageous with each instalment, and F9 isn't any different. As such, you can expect tons of the usual fare, as well as outright absurd ideas like rocket-powered cars. Make sure to fasten your seat belts, alright?

There's always a "but" 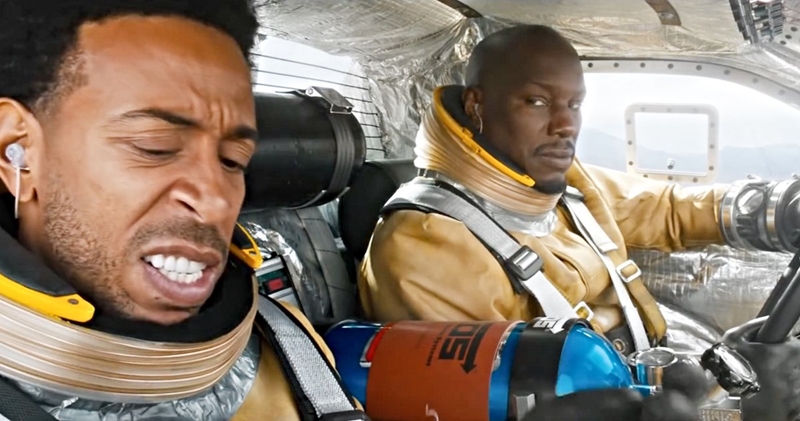 Needless to say, all of that praise doesn't mean I'm 100% sold on F9. Despite its impressive myriad of action scenes and introspective sequences, I should still mention my one big gripe with it: the lacklustre ending. Specifically, the mood goes from "boss fight" to "happily ever after" within the blink of an eye, and it's probably the only part of the film which really falls off the mark. For the sake of spoilers, we won't go into details, but I personally felt it could have been a little more fleshed out. As it is right now, it feels awkwardly abrupt and anticlimactic - kind of like ending off your 30,000-word doctoral thesis with a mere smiley face emote and expecting your marker to give you an 'A'.

So, yes, it can be a real bummer for some viewers, but when you factor in the rest of the pieces, I think the film has still checked most of the boxes that the fans expected it to, as proven by its impressive opening night attendance in several countries. To cut a long story short, I'm not here for a film that's realistic or makes a whole lot of logical sense - I'm here to see cars blow up and family members standing side-by-side taking on the world, and I've definitely got more than enough of that in F9.

Accordingly, as generic as the film appears to be in terms of the narrative structure, I still think Fast and Furious 9 is a pretty splendid showcase of many ideas that the franchise has been championing since its inception, and that is perhaps the most impressive part about it. Even in the midst of all the mayhem, explosions and outrageous logic, there is still that same simple flavour of "family above all" that rings clear and true. Accordingly, it's an easy 8.5/10 for me, and if anything, it proves that this impressive franchise isn't out of gas yet - not by a long shot.