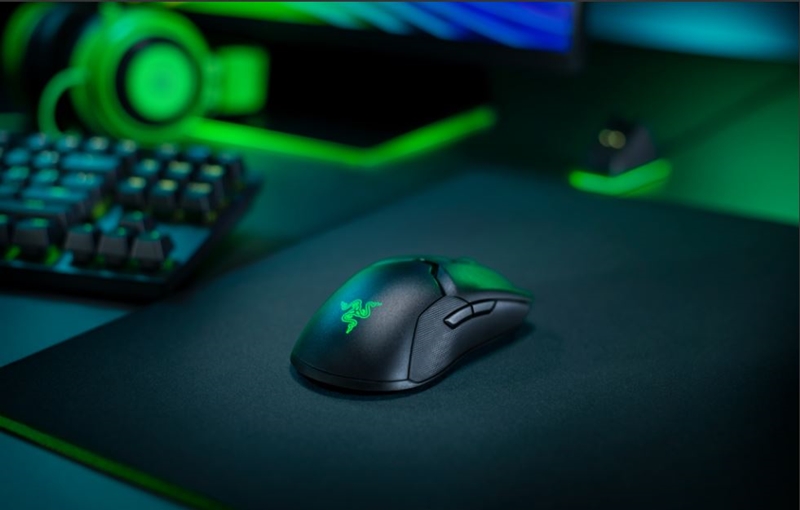 Well, it's not over 9,000 yet, but being able to hit 8,000 is pretty darn good already. Especially when the numbers in question refer to a gaming mouse's polling rate.

It's not some value that we just cooked up for fun, either. Razer's R&D team has been working on some really interesting stuff lately, and one of those projects was introduced to us by Lead Product Developer Ayush Sharma and Product Manager Ben Goh at an exclusive preview two weeks ago.

According to them, their work-in-progress gaming mouse technology, which they demonstrated to us using this rather fancy machine you see below, could allow them to introduce true 8,000Hz polling rates and ultra-low click latencies of 0.125ms in most, if not all their future top-end mice - that's eight times better than the current industry best. 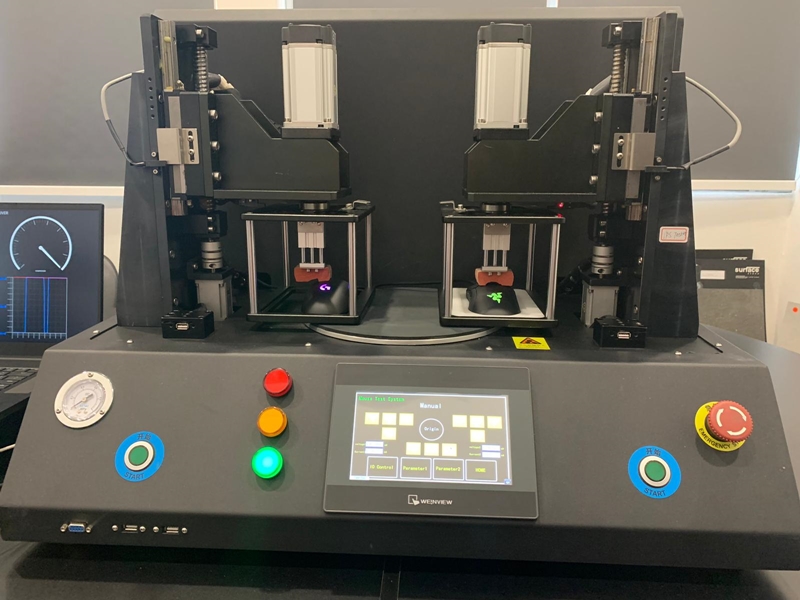 Oh, yes. For those who are about to Google "polling rate", it basically refers to the frequency at which a device checks, or "polls" for inputs and positional changes, and it's usually measured in hertz (Hz). Following that train of thought, a higher value would indicate a more responsive device, and a mouse with a true polling rate of 8,000Hz essentially checks for changes a whopping 8,000 times a second.

Now, this is really important in competitive gaming, especially in fast-paced shooters like Riot Games' Valorant, where split-second responses might mean the difference between victory and defeat. Putting this into context, a mouse with a low polling rate might not pick up on the tiny adjustments you made to position your crosshair over an opponent's head since it doesn't report changes as often as one with a high polling rate. The result? You could end up missing the shot entirely, costing your team the round, or even the match.

Additionally, you might also have noted our emphasis on "true polling rate" as well. But what's the difference? In a nutshell, a true polling rate of 8,000Hz indicates that the device really is checking for changes that many times each second. A regular mouse that claims to have a 2,000Hz polling rate might only be checking 1,000 times a second, but it duplicates the result once, leading to the supposed 2,000Hz. 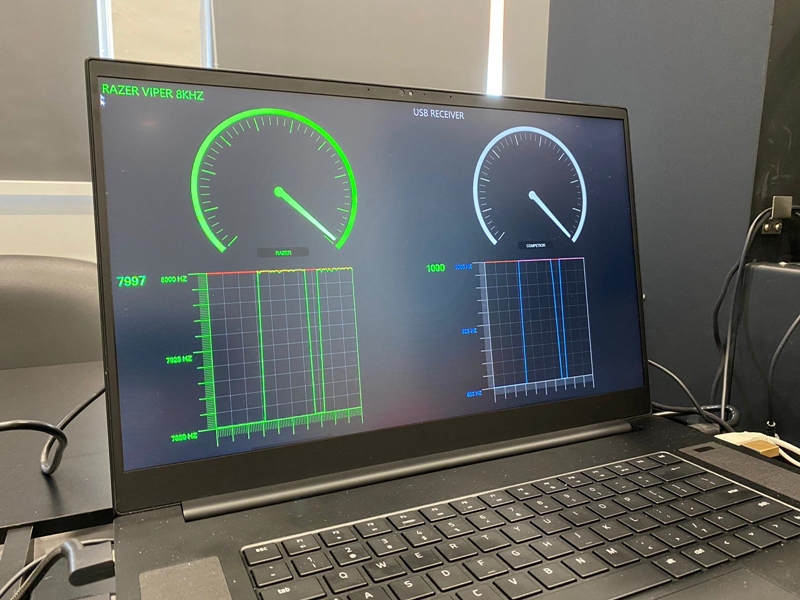 The above photo shows a sample taken from one of the tests they ran during the preview comparing the polling rates of the prototype mouse against a generic gaming mouse (we weren't allowed to take a photo of it, but let's just say it belongs to the company's competitor). The number at the top left of each graph signifies the polling rate in Hz, and as displayed, the prototype polls at 7,997Hz, almost eight times that of the generic gaming mouse, which polls at a flat 1,000Hz.

The key takeaway? It's ultra-responsive, almost absurdly so. But the million-dollar question here is whether you actually feel a difference when you use it. According to the duo, the difference is perceptible - they had previously sent out prototypes to multiple esports athletes (primarily shooter players), and most, if not all of them reported significant improvements to input detection and responsiveness.

Sky-high polling rate aside, such mice probably wouldn't be complete without some in-built Razer tech to complement it, with Razer Hyperspeed Wireless and USB 2.0 functionality right at the top of that list. Additionally, the development team is also working on ways to shove in a Razer Focus+ Optical Sensor and Optical Mouse Switch into the package too. After all, good polling rates won't be of much use without a good switch and sensor. That's cool and all, but the only way we can verify it is to go for a test drive with a prototype mouse that features the new tech that Razer supplied us with (next page, by the way).