Getting cozy with the Transformer Book T300 Chi The concept of 2-in-1 hybrid notebooks that are equal parts tablet and notebook are not new, but few have been executed properly. The ASUS' new Transformer Book T300 Chi is one of the few devices that really lives up to its billing of a 2-in-1 hybrid notebook. Thanks to its excellent design and build, it handles convincing as a tablet. On the other hand, because it is powered by Intel's latest Core M processor and thanks to its fantastic keyboard dock, it works equally well as a notebook too. However, don't just take our word for it. What better way to learn more about a product than to handle it personally yourself?

And just a few nights ago, 26 HWZ members were treated to an exclusive and cozy event with Intel and ASUS where they learned more about Intel's initiatives with regard to mobile computing, and also handled and tried out ASUS' new Transformer Book T300 Chi. 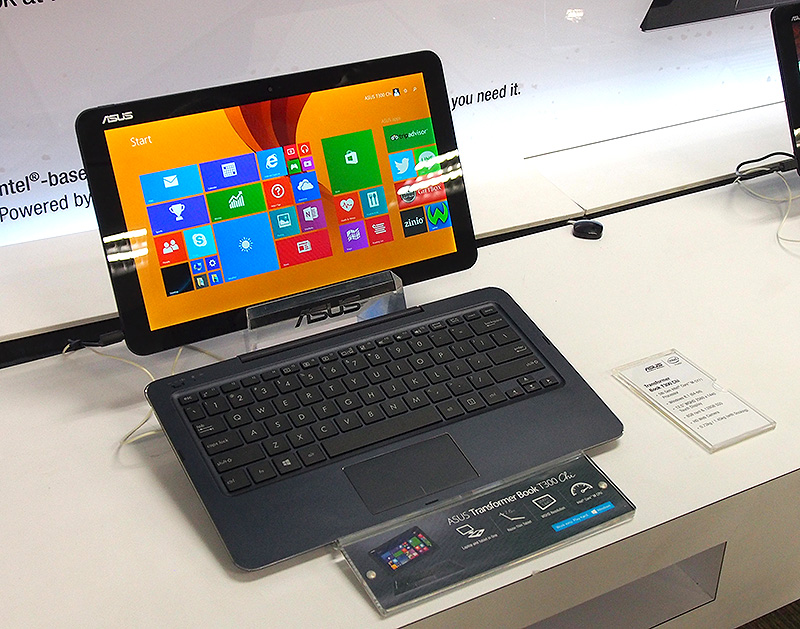 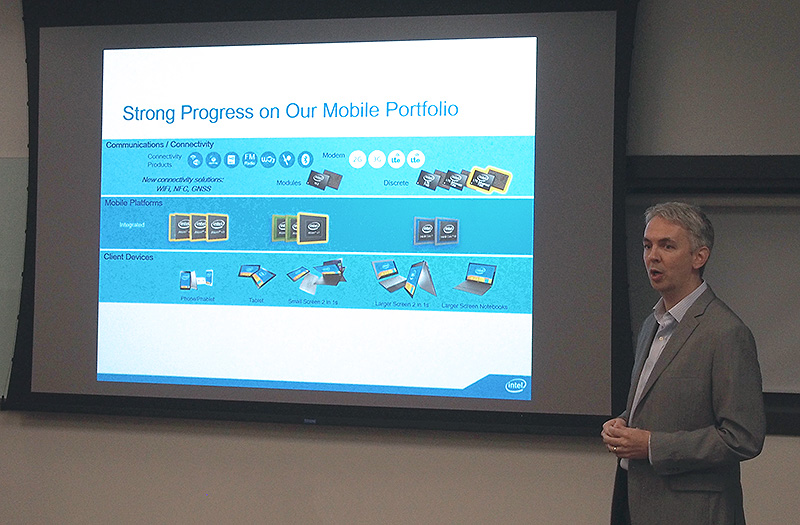 Kickstarting the session was Sumner Lemon, Intel’s country manager for Singapore and Malaysia, who shared Intel’s initiatives in the mobile computing space and also explained what makes the new Core M processor so special. If you don’t already know, the Core M is a low-power processor designed specifically for ultra-thin notebooks and 2-in-1 hybrid devices. Because it has a very low TDP of just 4.5W, devices powered a Core M processor can make do without active cooling, thus allowing manufacturers to design super slim devices. According to Sumner, the Core M processor lies at the intersection of the less powerful Atom processors and the more powerful Core processors. He also said that users would be impressed at what Intel has achieved with the Core M processor once they had the chance to try it out for themselves on the Transformer Book T300 Chi. More details of the Core M processor can be found in our news report when it was launched. 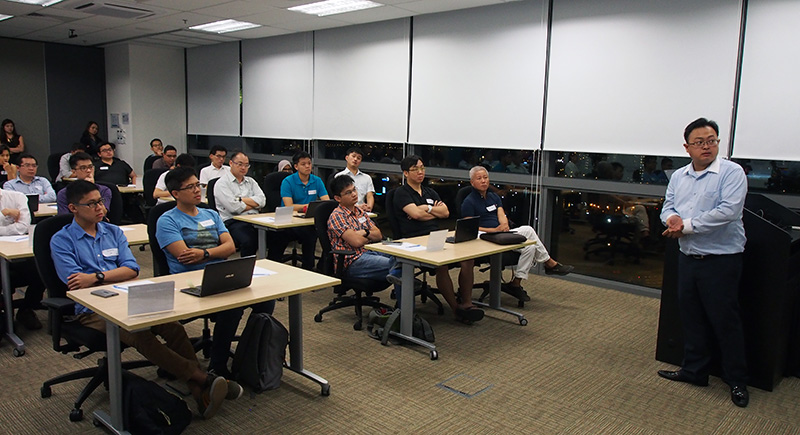 Following Lemon’s presentation, ASUS commercial product manager Ang Junjie took the stage to share the key highlights of the new Transformer Book T300 Chi. You can find out more about the key highlights, specifications and our thoughts of this device in our review here. According to Junjie, despite the Core M processor in the Transformer Book T300 Chi, the device is more than capable of running multiple professional applications such as Adobe Photoshop and Illustrator simultaneously. The 2-in-1 hybrid notebook's 8GB of system memory and a resonably capable SSD helped too. 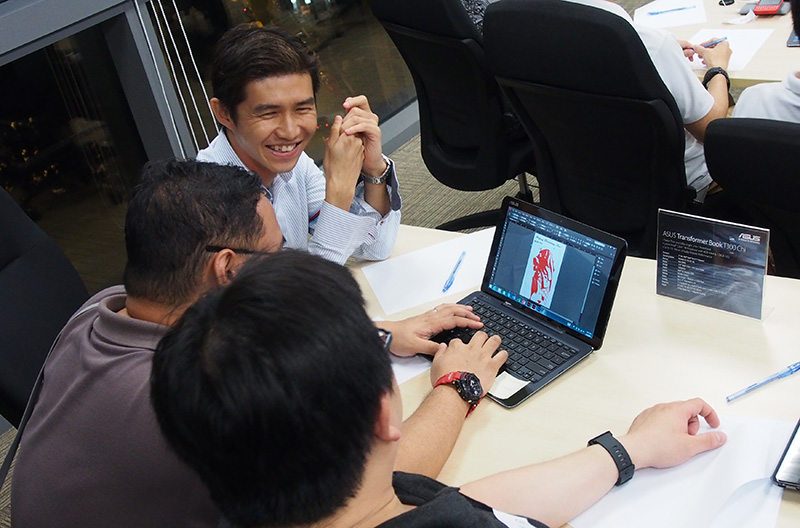 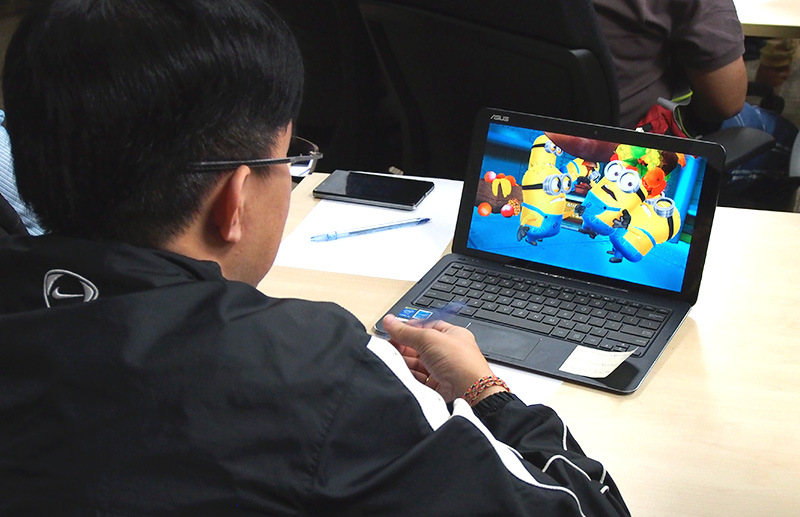 To prove the point was ASUS digital marketing specialist Riona, who demonstrated the Transformer Book T300 Chi’s capabilities by quickly creating a birthday card to Singapore in celebration of SG50 using a combination of Adobe Photoshop, Illustrator and InDesign. Despite having all three resource-intensive applications running simultaneously, the Transformer Book T300 worked without a hitch. Participants were also encouraged to follow Riona’s steps to create their own birthday card, which would later be judged by all other participants. The winning team would stand to win prizes. To round off the event, there was a quiz session where participants had to answer questions regarding aspects of the Transformer Book T300 Chi. Participants also voted on the winning entry in the birthday card creation contest. We are sure you would all agree when we say that the winning piece (as seen above) has a lot of local flavor. Finally, ASUS also unveiled the Transformer Book T100 Chi, a 10.1-inch 2-in-1 hybrid notebook device, which was first seen at CES 2015 earlier this year. 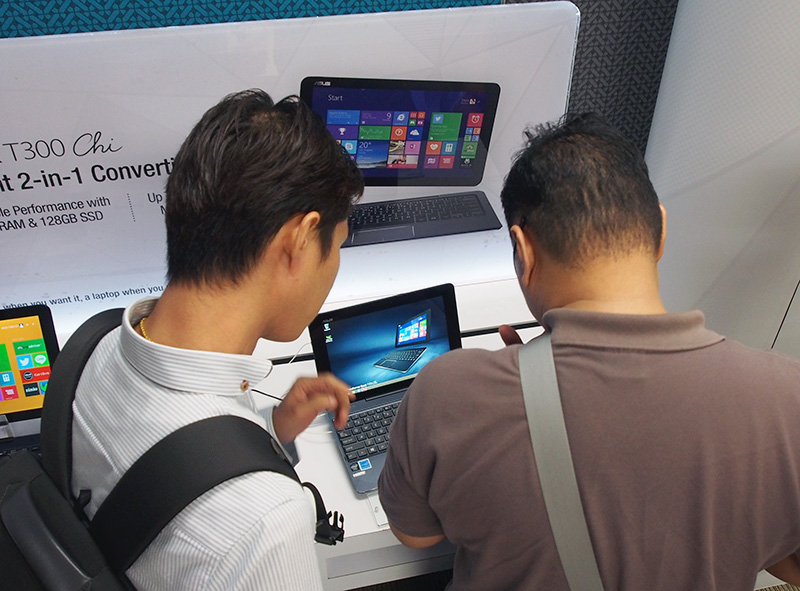 From the feedback we gathered from speaking to participants, many were impressed by the Transformer Book T300 Chi’s capabilities, especially considering its slim dimensions and lightweight. They also thought it was helpful to have been given so much hands-on time with the device and some also expressed their happiness at picking up some Photoshop skills along the way.

If you would like to join such events in the future, stay tuned to HardwareZone for we have more member events coming your way!