Hardware on the S9 and S9+ is really just an incremental upgrade model to the S8 series due to the use of next-generation processors. There's nothing much to focus on here, but here are some of the highlights.

As before, there will be two variants using different processors depending on the region the devices are sold. Both the new Exynos 9810 and Snapdragon 845 processors are 10nm 64-bit octa-core parts running a 4x4 big.LITTLE configuration though, so performance should be similar. One will run at 2.7GHz, while the other variant will run at 2.8GHz. (For further reading, here's a complete lowdown of the Snapdragon 845.)

Along with the new processors, the S9 and S9+ will support Gigabit LAN (LTE Cat. 18), and will come with Andoid 8 Oreo OS. 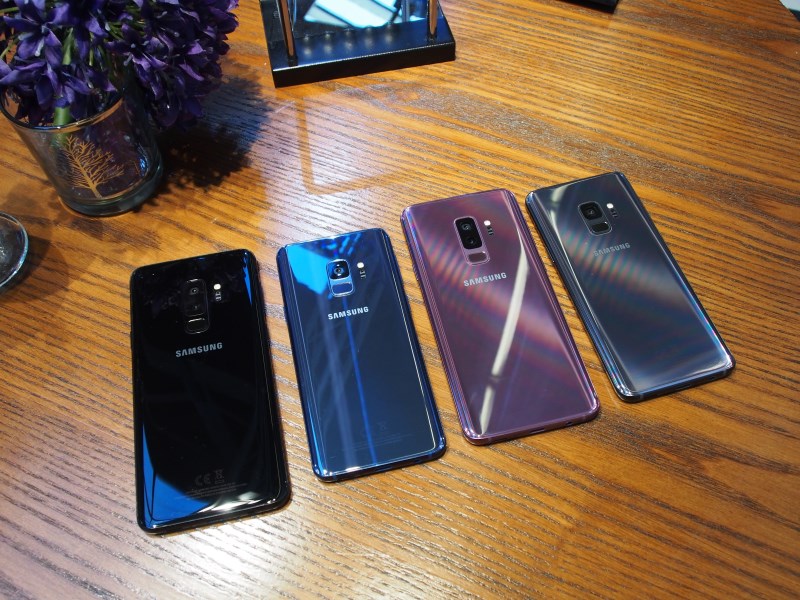 Besides the display size mentioned, here are the other main differences between the S9 and S9+:

The following is the latest official spec sheet provided by Samsung at the time of writing:

*All functionality, features, specifications and other product information provided in this document including, but not limited to, the benefits, design, pricing, components, performance, availability, and capabilities of the product are subject to change without notice or obligation.