Everything you need to know about Wireless 802.11ac networking

Everything you need to know about Wireless-AC

Note: This article was first published on 29th November 2014, updated again late in 2015 and re-published on 12th July 2016 as it is one of our popular reads and covers several networking basics.

Get the Basics Right 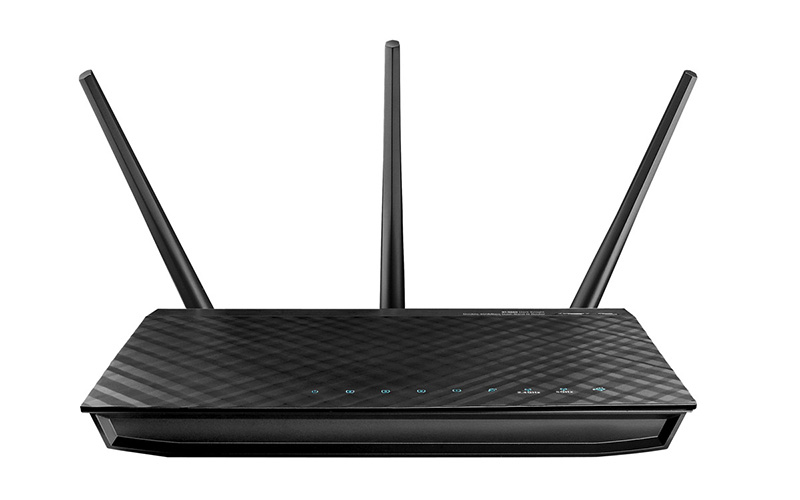 The latest wireless standard is Wireless-AC (also known as Wireless 802.11ac officially). The first routers to support Wireless-AC hit the stands around two years ago, but it is only very recently that manufacturers of smartphones, tablets and notebooks began offering support for it in their devices. From what we have observed on our social media channels, there seems to be a lot of confusion and misunderstanding surrounding this new standard so before we begin, let’s get the basics right.

Now that we understand some basics of networking and Wireless-AC, let’s see how this applies to the newest Wireless-AC routers today that support maximum data rates of 2400Mbps and 3200Mbps. The current crop of AC-3200 routers are also called tri-band routers because they broadcast three separate networks. These routers are typically based on Broadcom’s new 5G XStream chipset, which broadcasts of two independent 5GHz networks on top of a single 2.4GHz network.

Maximum data rates remain at 600Mbps for the 2.4GHz band and 1300Mbps for the 5GHz band. But since there are two 5GHz bands now, the total combined data rate of all three frequency bands is 3200Mbps. What this means is that, from a pure speed perspective, these new AC-3200 are theoretically no faster than AC-1900 routers - the 5GHz band still manages a maximum data transfer rate of 1900Mbps. However, what the additional 5GHz band does is increase total  bandwidth and this will help especially if you have lots of Wireless-AC compatible devices connected to the router.

To elaborate further, the idea behind this and the Broadcom 5G XStream chipset is to split the fast and slow devices between the two independent 5GHz band. While Wireless-AC devices are going to be faster, not all Wireless-AC devices are equal. Remember that we mentioned that their performance is determined by how many spatial streams they support. Notebooks are typically the quickest as their chipsets usually support up to three spatial streams, whereas tablets and phones vary between one and two streams.

This causes congestion because most routers in the market right now do not support MU-MIMO (Multiple-user Multiple Input Multiple Output) and so can only transmit data to one device at any one time. So the best way to make use of the available bandwidth is to put the fast devices on one 5GHz band and the slower ones on the other. This way, on the faster band, the amount of time needed to serve each device will be kept down to a minimum, allowing it to quickly serve one device and then the next.

So to sum up AC-3200, while they may not offer higher data transfer rates, they do provide greater bandwidth, which can be beneficial especially if you have many wireless devices connected to your router. Along with AC-3200 routers, we are also seeing more AC-2400 class routers entering the fray. AC-2400 routers are markedly different from AC-3200 and they are the first wave of what is unofficially known as “802.11ac Wave 2” devices. What’s the difference then between these devices and older Wireless-AC devices?

Firstly, the latest 802.11ac Wave 2 devices that are in the market now will support up to four spatial streams allowing for a maximum data transfer rate of 1733Mbps - each stream still supports a maximum data transfer rate of 433Mbps. This means that technically, an AC-2400 router will be able to provide faster speeds than an AC-3200 router, although the latter has the upper hand if you were to look at overall combined throughput.

Secondly, 802.11ac Wave 2 devices will be able to offer wider 160MHz channels to further increase throughput. With 160MHz wide channels, single stream data transfer rates could be doubled from 433Mbps to 866Mbps. In practice, however, we are unlikely to see many users running channels this wide because of interference from other wireless networks from neighboring households. 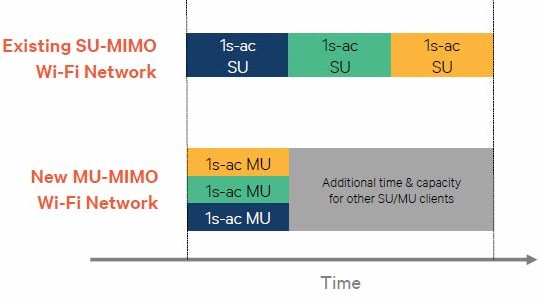 Thirdly and arguably the most important feature of 802.11ac is support for MU-MIMO (Multiple-user Multiple Input Multiple Output). Remember we mentioned that most routers these days are SU-MIMO devices and can only serve a single device at any one time? MU-MIMO will allow the router to serve multiple clients at once. This could also help ease congestion, since it reduces the “waiting time” of devices by making better use of its available resources. For example, in what would normally take four “cycles”, a router supporting MU-MIMO with four spatial streams could transmit to four single stream smartphones in a quarter of the time.

802.11ac Wave 2 devices are the future, but they are restricted in their usefulness for the time being. Chiefly this is because to be able to enjoy its maximum speeds and MU-MIMO requires clients with compatible 802.11ac Wave 2 chipsets that also support four spatial streams and MU-MIMO. And, at the time of writing, there are no such devices in the market yet. The current work around to this is to get two routers and have the other one operate as a bridge and connect your devices via Ethernet. It's costly and impractical for sure, but that is the only way for the time being. That said, if you want the best in terms of sheer speed, the new AC-2400 class routers are the way to go.