Everything New from NVIDIA's Montreal 2013 Event

The Way It's Meant to be Played

The Way It's Meant to be Played 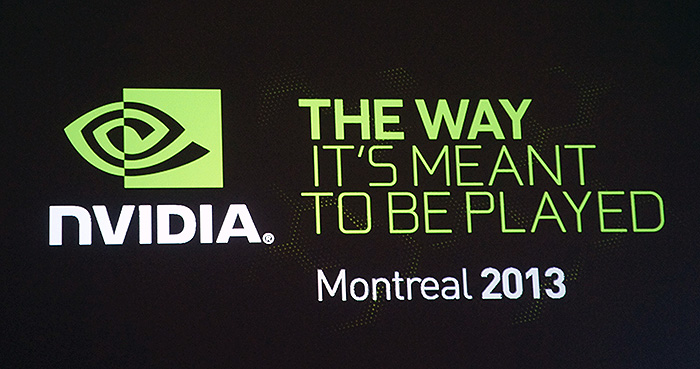 NVIDIA has had a successful past couple of years, at least in the desktop GPU scene, thanks to its Fermi and Kepler architecture. With it, NVIDIA dominated the high-end segment with offerings like the GeForce GTX Titan and the GeForce GTX 780. Until we see what AMD's upcoming R9 290X has to offer, NVIDIA is unmatched at the moment for gaming performance.

To further reiterate their commitment to the PC gaming industry, NVIDIA recently held a special event in Montreal, Canada. Apart from being the second largest primarily French-speaking city in the world (after Paris) Montreal is also home to major game studios like Ubisoft Montreal (Assassin’s Creed) and Warner Bros. Interactive (Batman: Arkham series). Therefore, it made sense for NVIDIA to have their event in Montreal to showcase their latest gaming technologies.

Here’s a roundup of everything new that you need to know from the event. 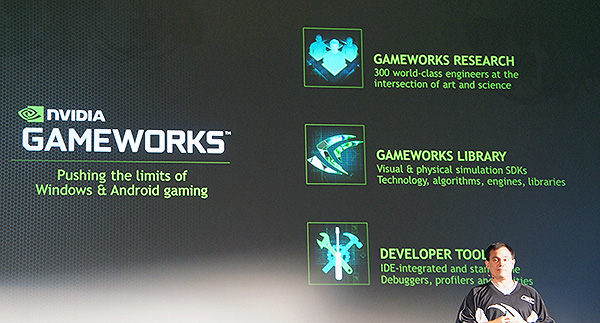 As NVIDIA themselves put it, they want GameWorks to be gaming industry equivalent of what Industrial Light & Magic is to the film industry. That is, a comprehensive program that encompasses all of NVIDIA’s tools and technologies to help game developers achieve a better gaming and graphics experience.

We have covered these three new SDKs in greater detail earlier, so to find out more, head over to our GameWorks news piece. 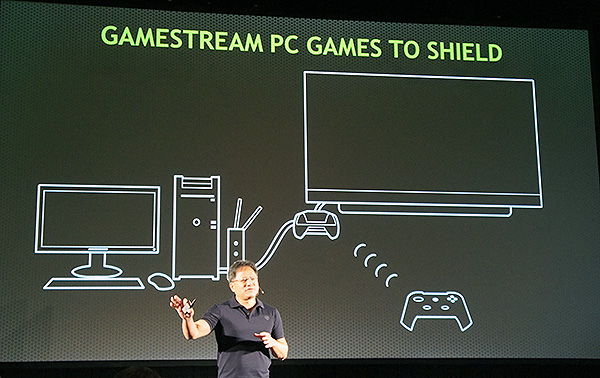 One of the most compelling reasons to get an NVIDIA Shield was the ability to stream games from your PC onto the portable handheld device. That feature did not have a name, but it does now and it is called GameStream. Along with the new name, NVIDIA has also announced additional support and added functionality which includes enhanced Wi-Fi performance with "GameStream Ready" routers from ASUS, Buffalo, D-Link and NETGEAR; super smooth 60fps game play; and improved onscreen navigation and controls

The Shield also gets a new "Shield Console Mode", which lets users output video from their Shield to their big-screen TV. Effectively, this means that you can stream games from your PC to your TV, with the Shield acting as an intermediary. Over a Wi-Fi connection, NVIDIA says up to 720p resolution is possible; whereas 1080p will require more bandwidth and thus a wired connection (Ethernet to USB) is required. You can then pair the Shield device with a Bluetooth controller and play games on your TV.

We gave this new mode a shot at the event and found it to work exceptionally well. Getting everything setup took a number of steps, but more importantly, the gameplay experience was super smooth and there was no perceptible lag. 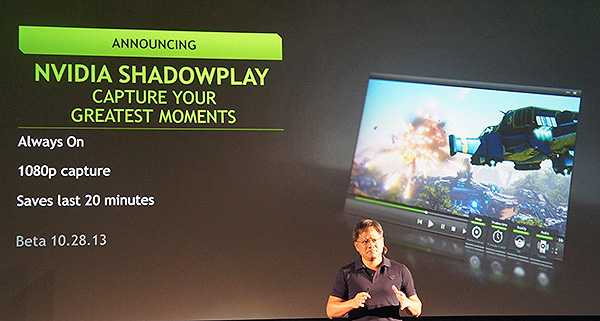 As part of improving the GeForce Experience utility, NVIDIA is introducing a new screen recording and streaming functionality called ShadowPlay.

Basically, ShadowPlay lets gamers record their gameplay without taking a significant hit in performance thanks to the built-in H.264 encoders in the latest GeForce GTX 600 and 700 series cards. In the demo that NVIDIA showed us, we saw frame rates dip by only a couple of frames when ShadowPlay was activated - imperceptible to the naked eye.

NVIDIA also said that GeForce Experience will integrate direct streaming to Twitch too. This will let gamers easily and quickly broadcast their games to friends around the world. 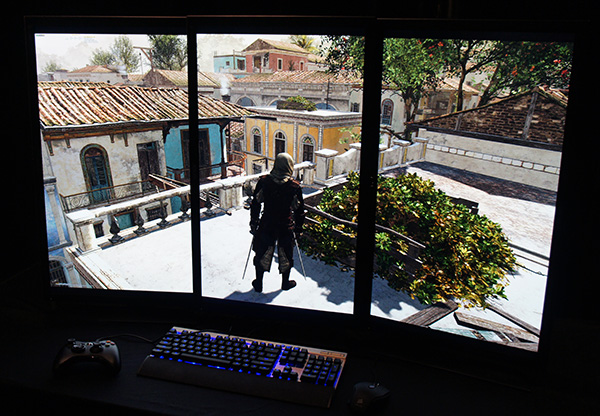 4K is set to be the next big thing for TVs, and a short time ago, NVIDIA announced its GeForce GTX Battlebox program, where it worked closely with hand-picked system builders to develop machines capable of delivering a good 4k gaming experience.

At the event, NVIDIA took things further and said it will now also support 4K Surround. It goes without saying that enabling 4K surround will require some pretty serious hardware and the demo system at the event was in fact powered by three GeForce GTX Titans in SLI. When quizzed, NVIDIA told us that at least three GeForce GTX 780 cards will be required to deliver a pleasant experience. Of course, this would also depend on the game being run and the graphics settings applied. 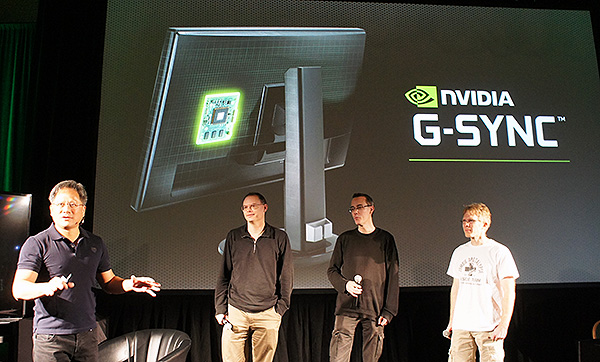 Arguably the most interesting and important announcement made at the event was G-Sync. According to NVIDIA CEO Jen-Hsun Huang, the three problems that have long plagued gamers are lag, stutter and tearing. Briefly speaking, these three problems are a result of an inherent incompatibility between the draw rates of the GPU and the refresh rates of monitors.

NVIDIA claims to have solved this problem with G-Sync, a new technology that implements variable refresh rates in monitors so that it perfectly matches the draw rates of GPUs. This technology is enabled by implementing a special chip into monitors, and already, brands like ASUS, BenQ, Philips and Viewsonic have committed to G-Sync. We have covered G-Sync in greater detail here. 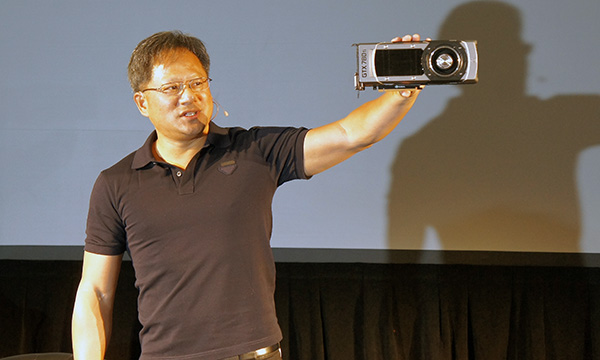 Finally, and as NVIDIA themselves put it, no NVIDIA event would be complete without a new graphics card and we were given a glimpse of the upcoming GeForce GTX 780 Ti.

Precious few details have been given about the card, but NVIDIA calls it their new “high-end enthusiast GPU” and it should slot in between its flagship GeForce GTX Titan and the GeForce GTX 780. Also, NVIDIA also confirmed that it would be available in a couple of weeks time, just in time for the Christmas holiday season. To see more of the card, check out our initial coverage here.