The Esports Excuse: Why more people are trying to become pro gamers

The Esports Excuse: Why more people are trying to become pro gamers Have you ever had your kids subtly ask for more gaming time under the pretense of "trying to go pro"? Or perhaps you've tried giving yourself some excuse to give professional gaming a shot?

Yes, it's amusing, borderline foolhardy and sounds like a situation more suited to the column of a parents' magazine. But it's very real. Think about it: everyone, from psychologists to celebrities, has weighed in on the trend but has anyone ever thought to ask what a regular gamer has to say about the influx of gamers trying to go pro? We doubt it - so here we are. Let's take a look at some of the reasons for it, from your everyday gamer's point of view.

Reason 1: Esports champs are getting younger 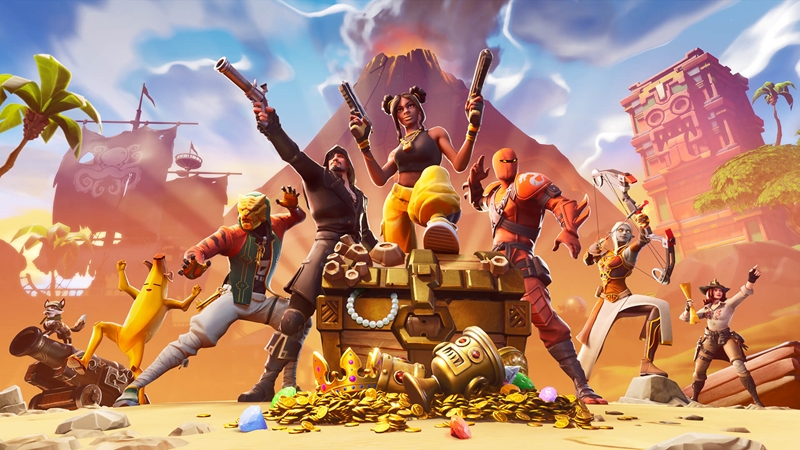 Have you ever found it curious that while esports continues to get bigger, our champions are getting younger? And every other day, you hear about some kid under 20 that's made it big in some esports tournament.

Take Griffin Spikoski, for example. You'll likely not be familiar with the name, and we don't blame you. Names aren't our forte either, but you might have seen this guy playing competitively for esports organisation Luminosity under the alias "Sceptic".

Get this: he's only 14-years-old, but Spikoski is already one of the world's most well-known Fortnite pros, not to mention one of the biggest names for Fortnite-related content on YouTube. And if that's not "young" considering what he's already achieved, then I think you might be setting your bar a little too high.

So, here's the point: even kids as young as that are able to get into esports and make names for themselves. This translates to the field having an entry barrier so low it's both surprising and frightening, don't you think? But on the other hand, it's positively tempting too, especially if you're a kid. Imagine making it big and earning lots of money by doing what you love most - it's a fairy tale come true.

Indeed, it is perfectly sound logic from a child's point of view, and it's not their fault for thinking so. With esports becoming as prominent as it is and more pros making headlines from young, we really can't blame people, not just children for being inspired by such achievements and wanting to give it a go, can we?

Reason 2: I want to feel like I'm doing something with my passion Frankly, this is more of a primal reason than an objective one. As a general rule, people like to feel like they're being acknowledged for their efforts; that they're recognised for doing what they do. Gaming is no different, but somehow in-game achievements are usually (and painfully) sidelined by people around us who don't fully grasp the magnitude of what we feel we have accomplished.

Here's a personal example. Back when I first got into Minecraft several years back, I recall being ecstatic telling my folks about the first few diamonds I'd found. I'd spent many (real) days prepping and exploring, so you can imagine the utter dismay on my face when they just shrugged it off. To say I felt insulted would be putting it nicely.

As such, I turned to the logical alternative: getting my friends to "celebrate" with me, and they did. To be fair, Minecraft isn't exactly esports material but the crux of the matter is there. Some gamers, especially those who've invested a lot of time and effort into competitive titles, might view esports as a way of getting acknowledgment when those around them will not provide it. This illusion of sorts is further compounded by the recent increase in recognition for esports as a professional discipline, so I wouldn't be that surprised if some people jumped on the esports hype train because of it.

Reason 3: More games are doubling down on their competitive aspects Okay, so it's not entirely a "people problem": our modern repertoire of games is somewhat at fault too, with their modern focus on accessibility and "playing wherever you go". It's a double-edged sword. On one hand, we adore the sheer convenience of it all, and on the other, it can be a little annoying knowing the guy on the street playing Hearthstone on his smartphone has as much chance of hitting Legend and getting talent-spotted by an esports organisation as you do playing it on your decked-out PC at home.

With the success of long-running titles like Dota 2 and Counter-Strike: Global Offensive leading the way, many developers are choosing to provide and improve on the competitive aspects of their games in recent years, owing to how lucrative they can be. Take Pokemon for example. Earlier generations of games chose to focus on the main story, with just the PvP aspect as a bonus, but with the advancements in platform and connectivity, most people are now more concerned about the post-game PvP than the plot, so much so that it's even part of the infamous "Bring back National Dex" fiasco that happened last year. Speaking of Pokemon, cast your mind back to the Junior Championships of the 2020 Oceania International that took place just over a week ago. The winner, Simone Lim, is merely seven years old, but it's not so much about her beating kids almost twice her age as it was that she was playing against competitors from all over the world at that age. Fortnite also brings us another example in 2019's Fortnite World Cup. At only 16 years old, Kyle "Bugha" Giersdorf walked away with no less than US$3 million in prize winnings from the event - hardly something you'd expect of a 16-year-old.

Modern titles and platforms are making competitive gaming itself way more accessible, meaning you can dip your fingers into it even if you're a little girl whose parents only bought Pokemon to teach her about financial independence. And look where that got her.

So, when you compare the publicity and convenience of that tournament versus a similar event from twenty years ago, it doesn't take a Ph.D. to see the difference, and how easy it is to get started with competitive gaming nowadays. No wonder so many people think they stand a chance breaking into the scene for one game or the other. Just find a competitive title, try your hand at it, and if that fails, there's always some other game you can try.

Even with all this in mind, it's still worth noting that no matter how big esports gets as a discipline or otherwise, it's still fundamentally fueled by a passion for gaming. And like all other forms of passion, it's important not to get carried away.

Very often, many aspiring pro gamers fail to make the grade because they don't see the forest for the trees. After all, people only talk about the success stories, and for every one gamer that gets a headline, there are thousands of others who didn't. So, while it's perfectly fine to dream and to want to go pro, be realistic about it - sometimes the stars just won't align in your favour, and that's life.