For the uninitiated, Epson has been the number one projector maker for the past 10 years running, according to an independent research carried out by FutureSource Consulting. In 2010, it has a worldwide market share of 22.1%. Similarly, closer to home in Singapore, Epson is also the number one projector brand with a market share of 22%, based on Q2 2011 data from FutureSource Consulting. In line with the company's goal to stay ahead of the competition, Epson Singapore has just held its biggest ever projector launch in Southeast Asia today - a total of 13 new models are announced for education, business and home users. Naturally, we've all the highlights.

Despite being a leader in the projector market, Epson doesn't have a 3D home theater projector - that is, until now. And we've not one but two models: the 3LCD-based EH-TW8000 (2,400lm) and EH-TW6000 (2,200lm). Both sport the same image engine that has a 480Hz refresh rate, which gives the projectors their world's brightest claims. In layman's parlance, the higher the refresh rate, the shorter is the blackout time (which is the time the images transit from one frame to another); since the lenses are closed for a shorter period of time, the 3D images are brighter. According to Epson, for 3D image brightness, the EH-TW8000 is rated at 5.1fl (foot-lambert), while the more affordable EH-TW6000 is rated at 4.1fl. 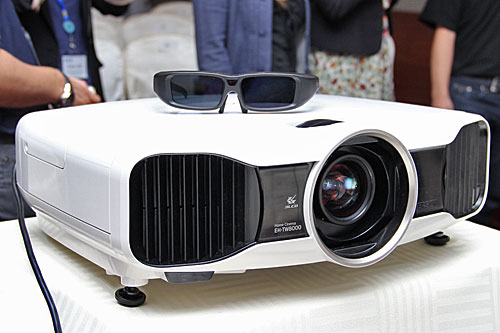 There are a couple of features unique to the EH-TW6000 too. For example, it has a horizontal keystone slider. It also does automatic vertical keystone detection and correction. An Auto Color Optimizer automatically adjusts color and brightness settings to suit the ambient lighting. It also has built-in stereo speakers (2 x 10W).

Another interesting projector launched today is the MG-850HD. It's the world's first HD projector with a dock for an Apple iPod, iPhone, or iPad. When docked, the projector will also charge the device. 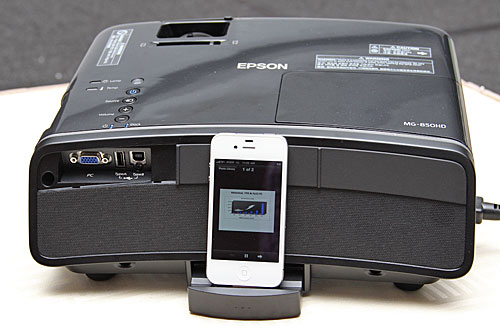 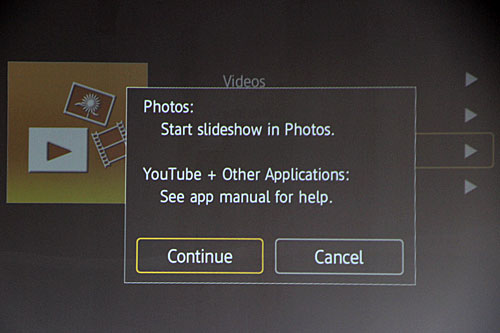 All that being said, it's easy to forget that the MG-850HD is actually a full-fledged HD projector. It has a native 1280 x 800-pixel resolution, video inputs for HDMI, component, composite and D-Sub (VGA), and a brightness rating of 2,800 lumens. The projector has a slider for horizontal keystone adjustment; it also does automatic vertical keystone correction. Like the EH-TW6000, an Auto color mode adjusts image settings to suit the ambient light conditions.

As shared by Ms. Tan May Lin, General Manager for Epson Singapore, one of the company's key priorities moving forward is to become a dominant player in the education segment. Today's event also saw the announcement of several education and business multimedia projectors in Epson's EB-400 series, EB-1800 series, and EB-S/X/W series. 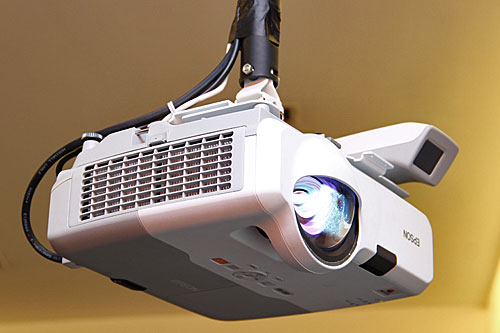 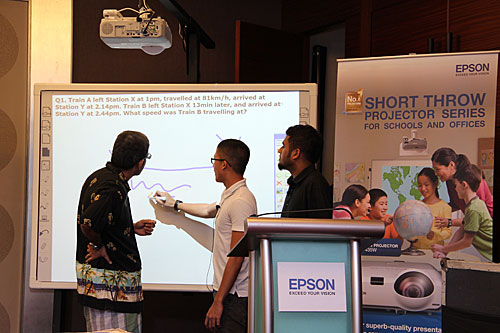 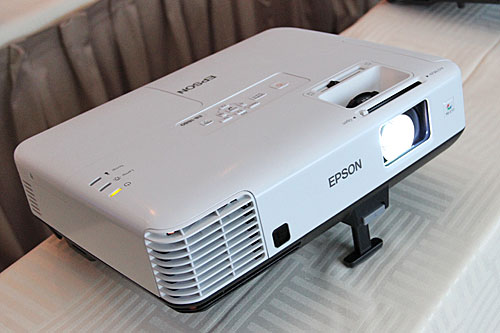 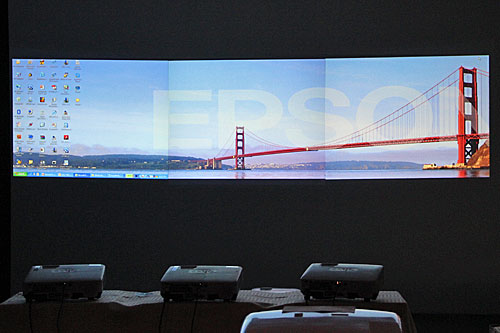 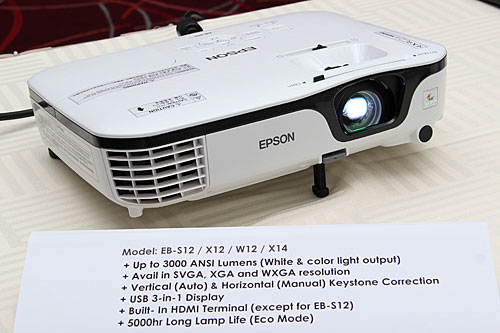