Enter the new breed of business notebooks: Prime for work with killer looks

As work and play converge, it’s time to usher in a new breed of business devices

Out with the old, and in with the new 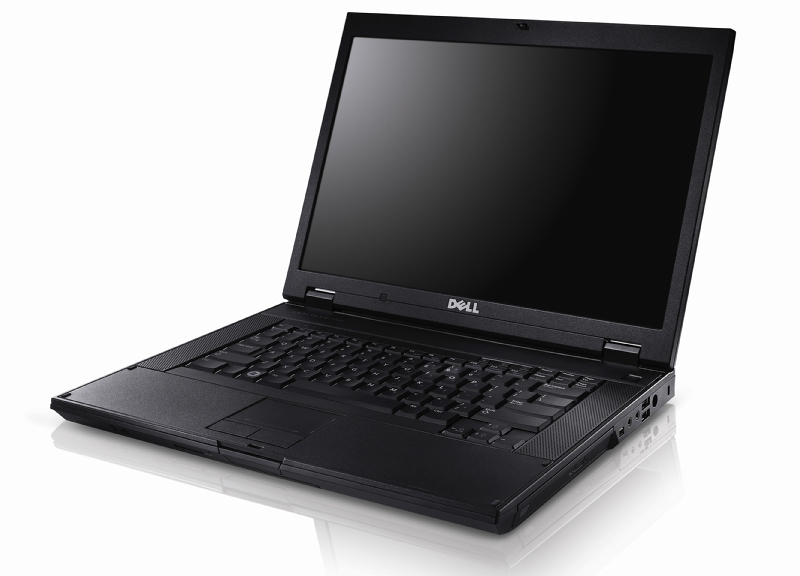 Think of what a business device looks like. Are you picturing a black, thick laptop with nearly inch-long bezels and a rather drab look? Yup, for the longest time, that was us too. Enterprise and consumer devices used to be in two entirely different categories. While companies focused on pouring their design dollars into the latter and sprucing them up to look their Sunday best, it always seemed like no one cared as much about the aesthetics of business devices (apparently, productivity and functionality came before everything else).

Just consider 2009’s Dell Precision M6500 workstation. It’s fat, cumbersome, and ungainly, especially by 2016 standards. Fast-forward four years to 2013, and look at the Precision M6700. Maybe it looks slightly thinner, but it doesn’t seem as if a whole lot has changed.

But after coming up close and personal with business devices like the HP Elite x2 and EliteBook Folio G1, we can’t help but feel that the winds are shifting. Enterprise devices are looking better and better, and in a really short span of time. In fact, going by their features and looks alone, it appears increasingly likely that consumers may end up using the same device for work and entertainment.

More telling was the manner in which HP showed off its new devices at its commercial print and PC launch event in Macau in early April. The company didn’t just take to the stage to extol the virtues of the respective products. Instead, it trotted out a polished presentation featuring fresh-faced models that appeared to be one with its latest devices. HP even went a step further to create fictitious profiles for each of them – where each was a young, upstart professional with a life outside of work – showing how its latest products fit perfectly into both work and play.

The workforce is changing 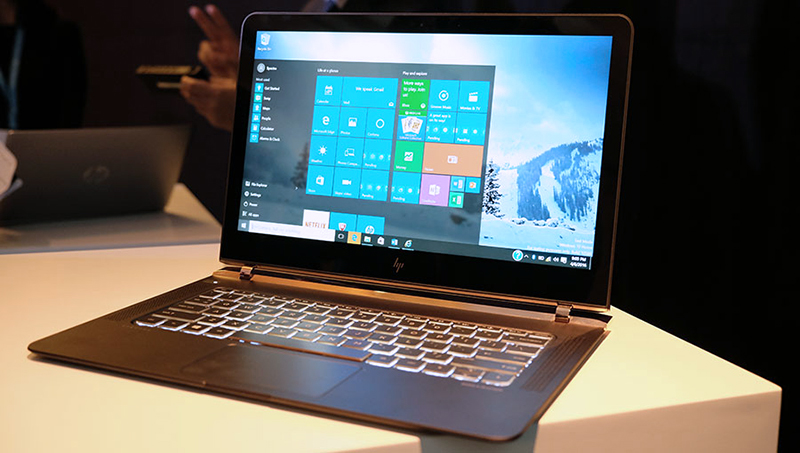 And there’s a very good reason why the presentation was so snazzy, fashionable even. More than 30 percent of the workforce in Asia Pacific and Japan are millennials, and to put it bluntly, this is a generation that wants its devices to look good. Furthermore, 62 percent of the workforce now works from more than one location, and flexible working hours and telecommuting are on the rise.

What this all means is that the traditional, spatial barriers that divided work and life are breaking down, and the two are rapidly converging. It used to be that you did work in the office, and went home to your life. But now that technological advances have allowed us to work untethered from our office desks – and combined with the increasing prevalence of BYOD policies – it’s become more important for business devices to actually be something that we want to take home with us.

Still, it may be a little early to conclude that consumer and business devices will eventually become one and the same, but what we can say is that they are becoming remarkably similar. As it turns out, HP’s Macau event offered a clue as to where this might all be going. While the majority of the devices showed belonged to its enterprise line-up, HP also revealed in the same breath the HP Spectre, its new darling consumer notebook that also happens to be the world’s thinnest at a mere 10.4mm. When such a striking machine like the Spectre shares the stage with a host of fairly attractive enterprise devices, you know you can no longer think of them as being entirely different. 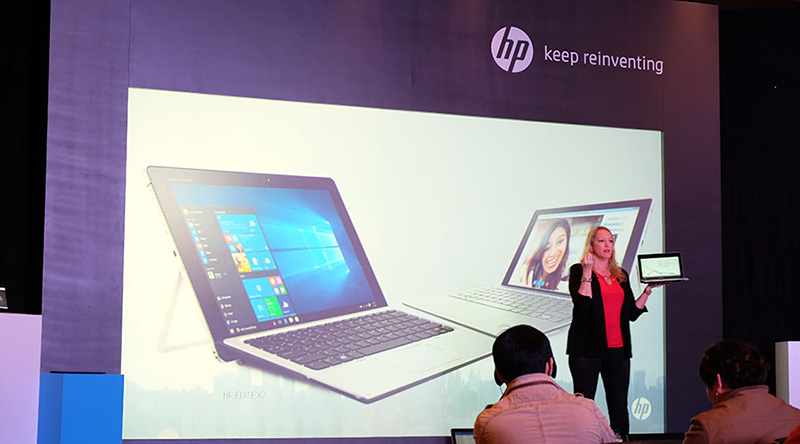 This convergence between work and play is taking place on two fronts – design and form factor. For the first time, companies are including design as a key factor when conceptualizing enterprise devices, and thinking about how well these devices can perform as entertainment machines. It has effectively become a four-pronged approach, with design and entertainment joining the longstanding considerations of security and productivity.

The industry is rife with examples of business devices taking on the design characteristics of consumer notebooks. For starters, there is Dell’s new line-up of Latitude and Precision notebooks for mobile workers and professionals. Notebooks like the Latitude 13 7000 and the Precision 15 5510 bear an unmistakable resemblance to Dell’s successful XPS series of consumer notebooks, and the latter even sports a similar carbon fiber finish and edge-to-edge display. Dell is assuming that by porting over a well-received design, it will be able to replicate the success on its enterprise products, and from what we can see, that’s sound reasoning right there.

Similarly, HP’s second-generation Elite x2 2-in-1 hybrid is a study in drastic evolutions in design. While the first iteration of the device, first released in 2014, was a decidedly unstylish and very ordinary-looking machine that could simply be separated into two halves, the new Elite x2 looks nothing like it. Instead, it looks a lot like the Spectre x2, with a nearly identical kickstand and detachable keyboard. 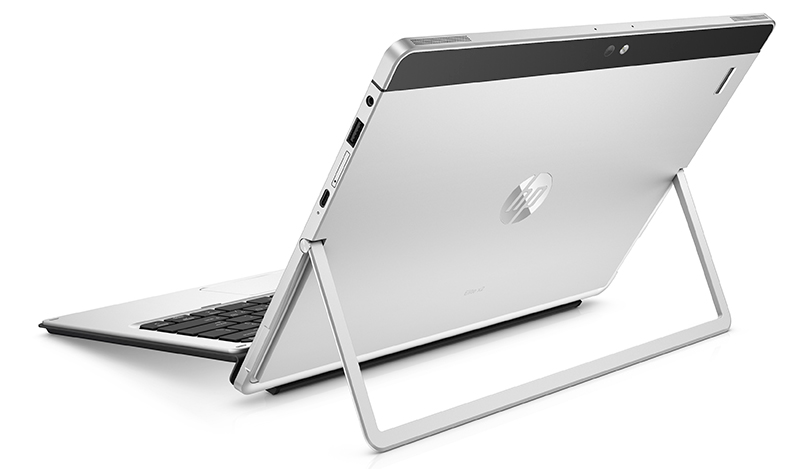 Then there’s the EliteBook 1040 and 800 series notebooks, which appear to have taken a leaf from the lookbook of HP’s Envy laptops. Again, if you don't look too closely, you could be forgiven for mistaking one for the other.

Finally, we have the EliteBook Folio G1. At only 12.4mm thick, it is almost shockingly thin for an enterprise device, thinner even than Apple’s 2015 MacBook. The device is undeniably sleek, and light as well, terms that aren’t usually associated with notebooks in this category.

Lenovo appears to have caught on too. At CES this year, it unveiled a new family of X1 devices that also trumpeted how thin and light they were. And while Lenovo has been making a ThinkPad Yogas for some time already, this is the first instance of it placing the X1 and Yoga branding side by side in the naming of the new ThinkPad X1 Yoga convertible. We may be reading too much into it, but it’s interesting that this is the year that Lenovo decided to put the business-facing X1 tag beside the consumer-oriented Yoga branding.

What’s more, the X1 Yoga is the first convertible to feature an OLED display, a technology that promises better-looking screens with improved contrast ratios and detail retention across a wider dynamic range. That sounds like something more suited to an entertainment machine than a no-nonsense business device, but perhaps Lenovo isn’t playing by these assumptions anymore?

The Chinese manufacturer also introduced the all-new ThinkPad X1 Tablet at CES. While it is clearly a ThinkPad device, it still draws some design cues from Lenovo’s Yoga tablets, most notably the somewhat bulbous hinge that interfaces with the keyboard. And if this were a different time, its modular design might even be critiqued as being too frivolous.

For better or for worse, work and life are converging – a trend that's reflected in the growing similarities between enterprise and consumer products. To put it all together, not only are design features of consumers devices percolating to their business-oriented counterparts, alternative form factors like tablets and convertibles are also becoming more prominent. Business devices are no longer staid, utilitarian affairs to be used exclusively at your office desk. Instead, they’re increasingly becoming sleek and stylish products that you’d be happy to stash in your briefcase or tote bag, for use at home or at a neighboring Starbucks. And when you’re done with work, this new generation of devices will gladly fire up the latest season of The Walking Dead for you while you’re lounging on the couch.