The end of WFH: How Zoom-ed out are you after two years?

The end of WFH: How Zoom-ed out are you after two years? 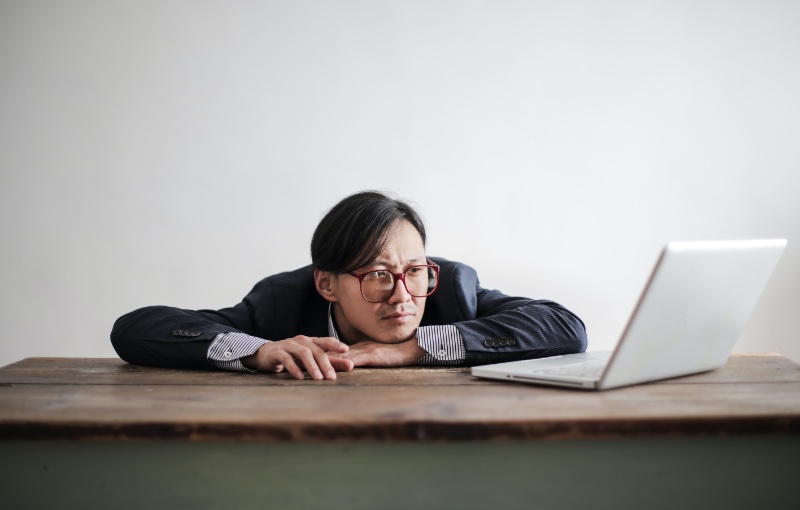 We’ve been living in a world of Covid-19 for almost two years now. During this time, the nature of work as we knew it changed. Where face to face client and colleague meetings and business travel used to be the norm, video conferencing apps like Zoom and Microsoft Teams are the new way we communicate.

“When we first started WFH, my wife and I thought it was the greatest thing ever! We could roll out of bed and be in at work in five minutes. But a few months in, we soon realised that we needed some big changes. We each needed our own workspaces, desks, webcams, headphones, and mics for video conferencing, and most importantly – space,” Tan said.

Throw in Home-Based Learning (HBL) for their 11-year-old son, and there were three people competing for space to work, connectivity, and devices to work on.

Tan’s company was willing to give employees a one-off WFH allowance to offset some of the costs, but his wife’s SMB employers couldn’t. Fortunately, their son was able to use an old tablet for his HBL assignments, so they didn’t need to spend any money on that, but the family still ended up spending their own money to make WFH a proper reality.

But despite a few false starts, it is increasingly looking like we will be returning to the office in some form or another.

As we now reach a new normal for work, we are at a point where we’re suffering from the occasional bouts of cabin fever and missing human contact. Even technology helping us keep in touch like Zoom is giving us what is known as Zoom or Video Fatigue.

Tan himself said that he has been missing human interaction lately and that the false starts around reopening have had some effect on his mental state to a point where his wife and child have noted his irritability.

So as Singapore readies itself to reopen, are we ready to go back to work?

Working in the ‘new normal’ 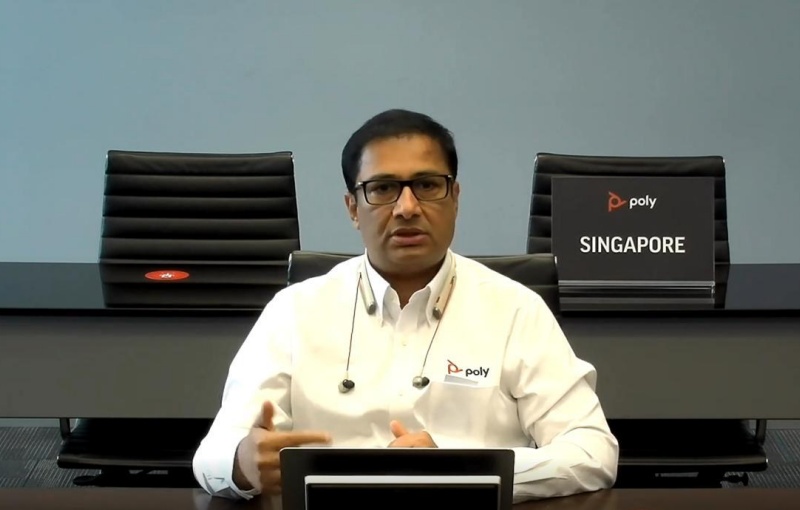 We spoke to Samir Sayed, Managing Director for ASEAN and Korea at Poly and Ricky Kapur, Head of APAC at Zoom, for some tips on working and surviving in this new normal.

Kapur said that he foresaw the new reality as a hybrid future with video communication remaining a mainstay, and a mix of virtual communication and in-person meetings being part and parcel of everyday life.

Anyone looking for a "return to normal" would be disappointed, simply because there's no normal to return to Sayed said. What we need are working environments that are flexible, ready to adapt to the dynamic challenges that come along, yet also ready to be the kinds of organisations that employees want to work for and build lasting careers around.

Kapur said that workplaces are diversifying, be it the traditional office, co-working spaces or our own homes and the success of an organisation’s return-to-office policies will require supporting both on-premises and remote workers.

For Tan, he was looking forward to a future where he was hoping he would be working both from home and the office. Unfortunately, the management of his wife’s company hadn’t bought into the idea of a hybrid workplace, so she was facing a future of going back to the office. 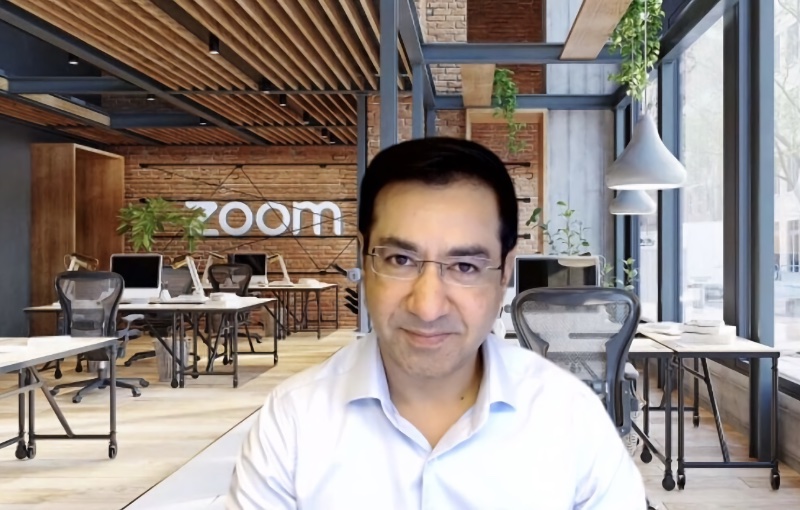 One of the problems new hires have been experiencing during this period is building connections with their team and other employees.

According to Sayed, we are living in a time where social distancing is a must, but that shouldn’t stop us for trying to keep in touch with friends, family and co-workers, whether through regular phone calls, or video. “Just like audio, video is but a tool, albeit one that lets us see and experience more besides just hearing voices on the other end.”

There is no going back to the status quo of fully in-person meetings, and video will continue to be the preferred way of communication for many, particularly for remote workers and distributed teams Kapur said.

But he cautioned that it was important for distributed teams and remote workers to feel connected and involved with the rest of the office as if they were physically there. “Putting a face to a voice can humanise interactions and can make a big difference in how connected a remote employee feels and video communications can help bridge that feeling of separation,” he added.

Burned out or video-d out? 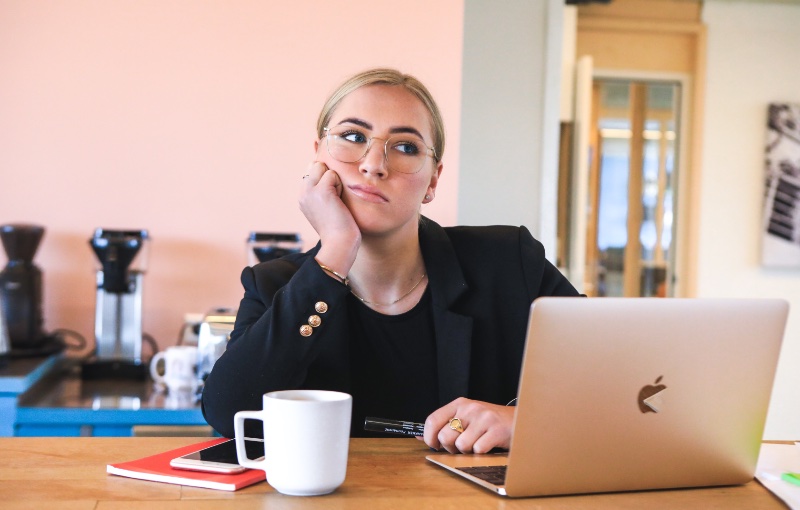 But the use of video only goes so far in helping people reduce the difference. Tan hasn’t been alone in his feelings of isolation and growing irritability with both Sayed and Kapur both saying that fatigue from continued use not only affects a user’s productivity and quality of work, but also mental wellbeing both in and out of the workplace.

“While it’s great that so many people have found video to be useful to their continued productivity with hybrid working arrangements,” Sayed said, “We also think that there needs to be some guidance in how to better manage using collaboration technology for long stretches of time.”

There are practical ways for organisations to combat meeting fatigue Kapur said, “It can be as simple as scheduling 25 or 55-minute meetings rather than hour-long ones, or designating a fixed day in the week that is relatively free of internal meetings”

“We are living in a time where social distancing is a must, but that shouldn’t stop us from trying to keep in touch with friends, family and co-workers, whether through regular phone calls or video,” Kapur added, “Just like audio, video is but a tool, albeit one that lets us see and experience more besides just hearing voices on the other end. Personally, I think that human connection is more important than ever, and a face-to-face connection, even if virtual, can go a long way to help us keep in touch with one another.”

Moving towards a hybrid future 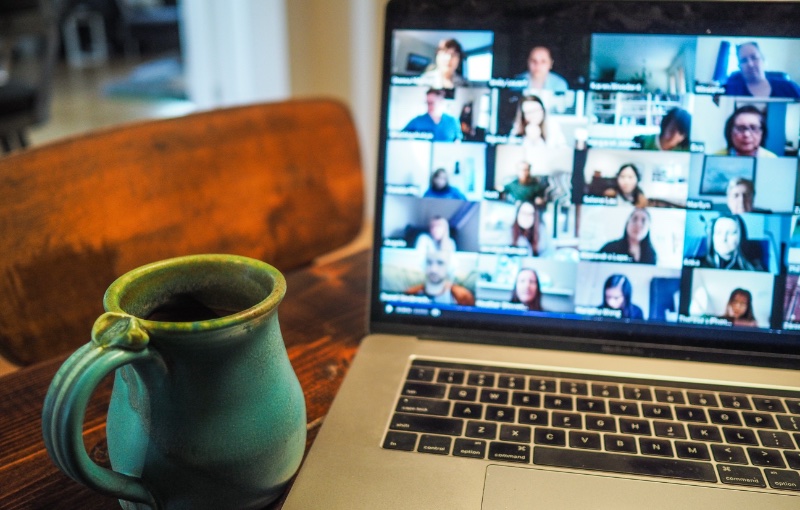 Right now, while we are still working from home, there is no real visibility on what our future of work will be. For Tan, this is causing some uncertainty.

“Before Phase 2 and this recent HBL started again, I’d brought some things into the office but then WFH started again, and I found myself missing them. I needed to buy them online again. I just hope this doesn’t keep happening.” Tan said.

Kapur said the abrupt shift to working from home at the beginning of the pandemic was definitely a challenge for many as getting into ‘work mode’ when your office is also your bedroom may be difficult.

But he added as remote and hybrid ways of working become more commonplace and even embraced, many employees are now setting up dedicated home offices to replicate a workplace environment and expecting the same experience if they do go into the office.

According to Sayed, the following considerations must be made: