The story of Post-it Notes is one of the most successful failure stories of the 20th century, and we were there at 3M to hear it being told from the “father of Post-it notes” himself; Dr. Geoff Nicholson.

Dr. Nicholson worked at 3M Corporation from 1963 to 2001, retired as Vice President of International Technical Operations and remains a 3M Ambassador for Innovation. He is a sprightly old man with snowy white hair, and speaking with him you get the sense that a luminant mind still shines behind his silver spectacles. 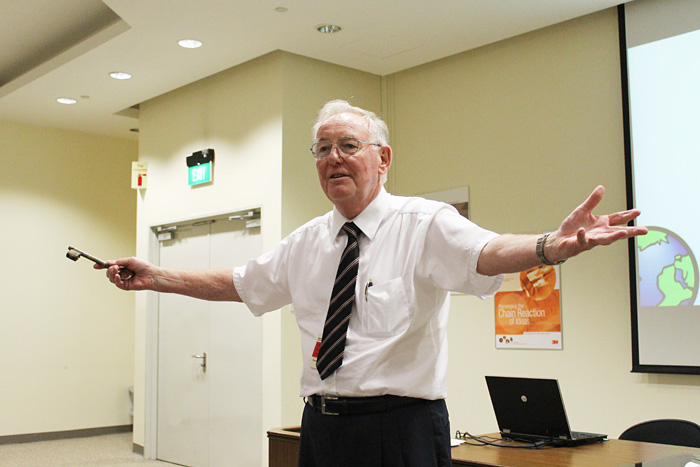 In 1968, a 3M chemist named Spencer Silver was trying to create a better adhesive. But instead, Silver accidentally discovered a weak adhesive, which would stick to a surface but could be peeled off easily. For five years, Silver tried to find a way to use this new glue – an invention which 3M has described as “a solution without a problem” – but to no avail.

In 1974 Art Fry, one of Silver’s colleagues, came up with the idea of using the adhesive for a sticky bookmark. He made the first Post-it note, which he found could stick onto his hymnbook and be removed without damaging the paper. But while Fry and some of his colleagues saw the potential for such an invention, the Post-it note was met with scepticism by upper management. “We have a saying at 3M,” Dr. Nicholson said. “Every great new product is killed at least three times by managers.” 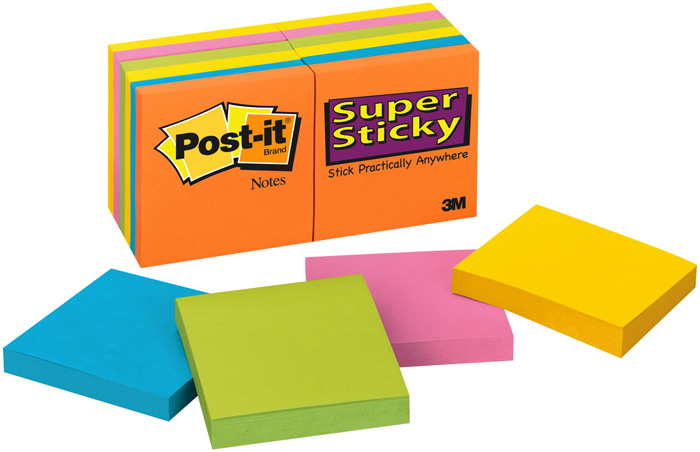 His own managers kept telling Dr. Nicholson, then an executive at 3M, to kill the project. He would agree but then turn around and keep it afloat as part of 3M’s 15 per cent programme, which allowed employees to use 15 percent of their working hours to work on personal projects (if it sounds familiar, Dr. Nicholson says Google based their similar 20 percent time program on 3M’s).

To prove that the Post-it notes had legs, Dr. Nicholson and Joe Ramey went to Richmond, Virginia, to conduct their own market research, by giving away free samples and demonstrations. The product was a hit, and after one more real-world market test, 3M finally decided to launch Post-it notes as a product.

In 1980, Post-it notes launched in the United States, and one year later it received a Golden Step award, which 3M gives to any product with more than two million dollars in revenue. In 1998, a 3M spokesman said that worldwide sales of Post-in notes and related products were worth around one billion dollars a year.

Dr. Nicholson explained his belief in the Post-it note despite the many obstacles stacked against its failure. “It was because of the real-world feedback. The first customers were the 3M employees in the lab, and the reality was that we couldn’t keep up with their demand…. In areas of innovation, you have these accidents. When they discovered penicillin it was an accident. It’s so easy to throw them away, but you have to be curious to see what really happened there.”

Dr. Nicholson says that he still feels pleased whenever he sees Post-it notes in use. When asked for advice about making innovation real, he replied: “Research is the transformation of money into knowledge. Innovation is the transformation of knowledge into money. Creativity is thinking but innovation is doing, if you have an idea you should have the passion to do something about it.”