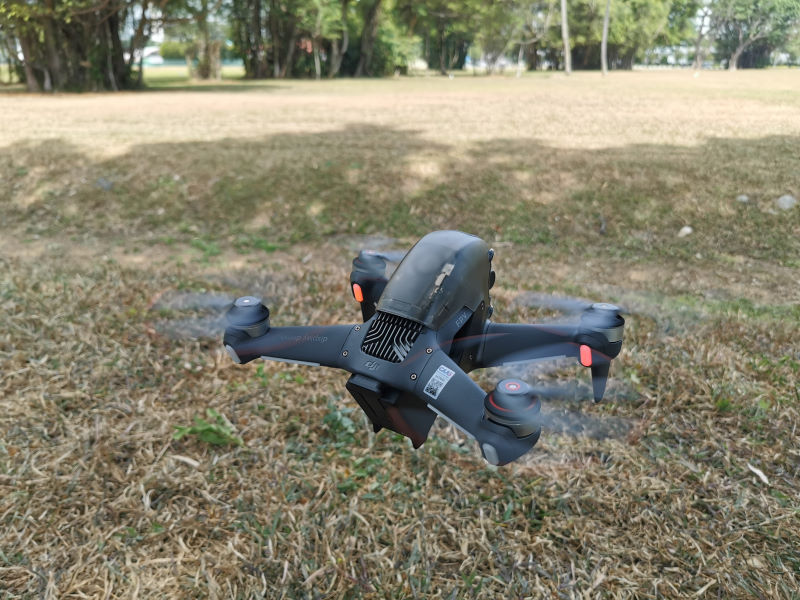 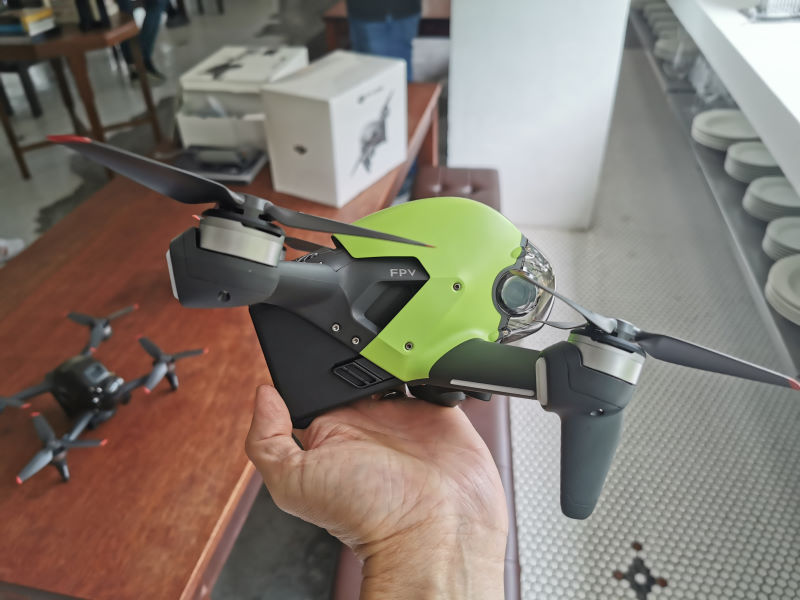 Now, if at this point, you’re thinking to yourself if there’s even an active drone racing scene in Singapore to support such a niche product, apparently, DJI thought of it too. And therefore, the DJI FPV isn’t just an FPV drone. It is essentially a hybrid drone that is powerful and manoeuvrable enough to be flown like an FPV drone, but can also operate as a standard video recording drone just like the Mavic series. In fact, DJI fitted the FPV with forward-facing collision detection sensors as well as downward-facing vision and TOF (time-of-flight) sensors. It even has an emergency brake and hover button that DJI claims can stop the drone within 2 seconds at speeds of up to 72km/h. 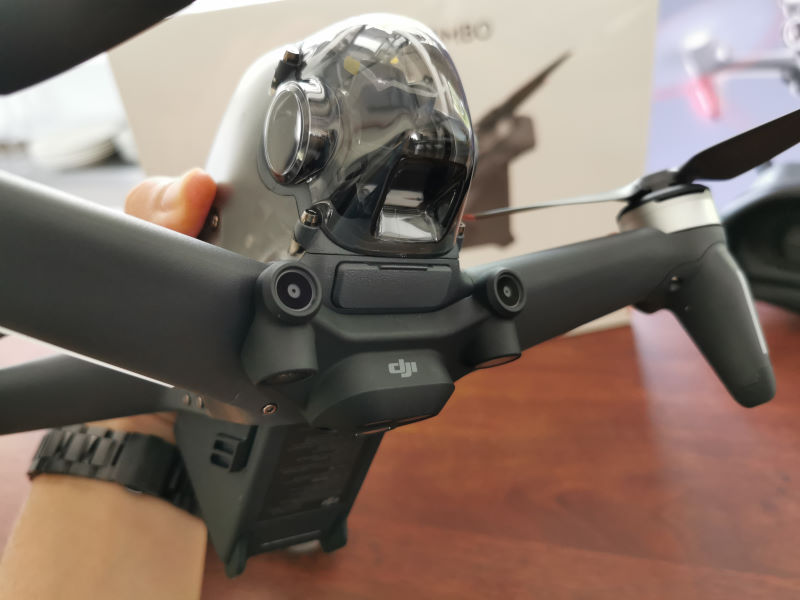 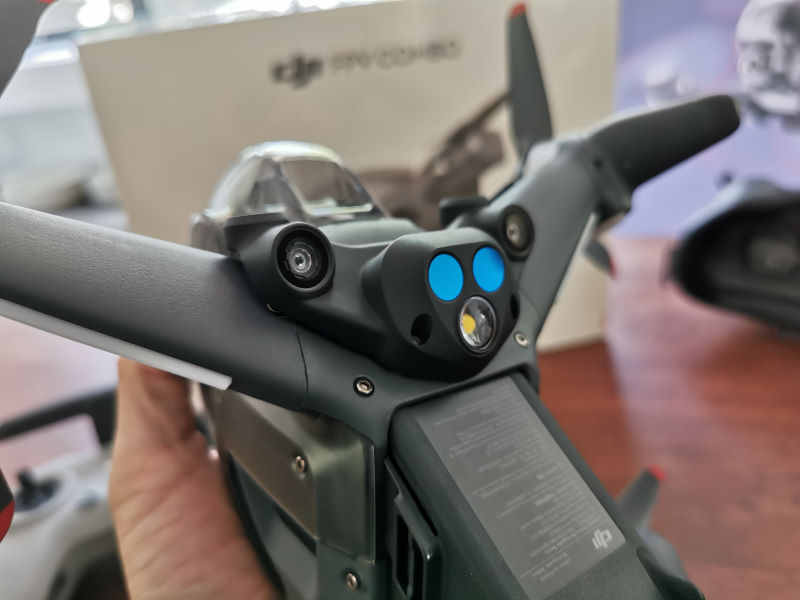 As a hybrid drone, the DJI FPV comes with three operational modes: Normal, Sport, and Manual. In Normal Mode, max speeds are limited to 15m/s for flight, 8m/s for ascent, and 5m/s for descent. Normal mode is also the only mode where the obstacle detection sensors will alert pilots of objects and automatically slow the drone down if it gets too close.

In Sport Mode, forward obstacle detection is disabled, but the downward sensors will still help with hovering and take off/landings. Max speeds are also increased to 27m/s (flight), 15m/s (ascent), and 10m/s (descent).

If you’re really confident of your abilities, you can switch the FPV to full Manual Mode. Here, all safety is turned off and maximum flight speeds go up to at 39m/s (that’s 140km/h) with no ascent and descent limits. In Manual mode, the FPV can go from 0-100km/h in 2 seconds, so make sure you don’t blink when you accelerate. Because DJI is catering the FPV for a diverse user group, the drone does come with other creature comforts not usually found on other dedicated FPV drones. For one, it has a built-in 4K/60fps camera featuring a 1 / 2.3-inch 12MP sensor and 150-degree fov lens. It’s capable of 120 Mbps max bitrate recording with H.265/HEVC support. The camera is mounted on a single-axis (tilt) gimbal with additional RockSteady EIC (electronic image stabilisation).

The FPV also features a pretty large 22.2V, 2,000mAh battery. According to DJI, the FPV is rated for up to 20 minutes of flight time and 16 minutes of hover time. The battery alone weighs 295g, which accounts for more than a third of the total take-off weight (795g) of the drone. Yes, you’ll have to register the drone with CAAS before flying it, but you won’t need to attend any courses to get a license yourself, so it’s essentially paying $15 for a sticker, and you’re good to go. 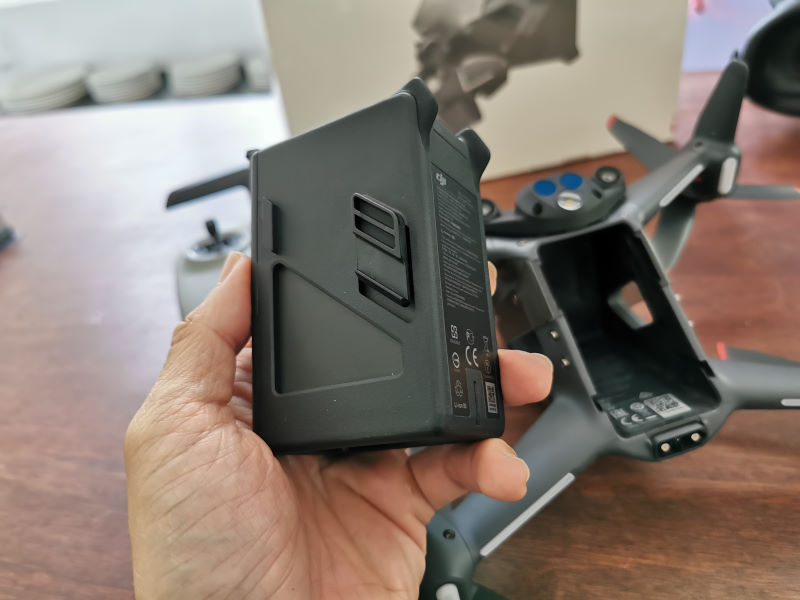 With the FPV drone, DJI is also releasing updated controllers, including a brand new single-handed Motion Controller as well as FPV Goggles V2. The FPV features OccuSync 3.0, which DJI has shortened to just O3. Compared to OccuSync 2.0, O3 has a same maximum transmission range of 10km, but has improved bitrates from 40Mbps to 50Mbps, and massively decreased latency to just 28ms (or 40ms in HQ mode). However, resolution on the Goggles V2 is set to 810p. Unlike other drones, the FPV doesn’t support live video on your smartphone, and the DJI Fly app is only used to pair and setup the drone. You have to use the Goggles V2 if you want to see live drone footage while flying. Now, I only managed to get some hands-on time flying the FPV with the standard controller, which has the same size and feel of the Mini 2. The difference here is a lot more buttons and switches on the top trigger area where you can switch flight modes as well as activate the emergency stop and return to home functions. 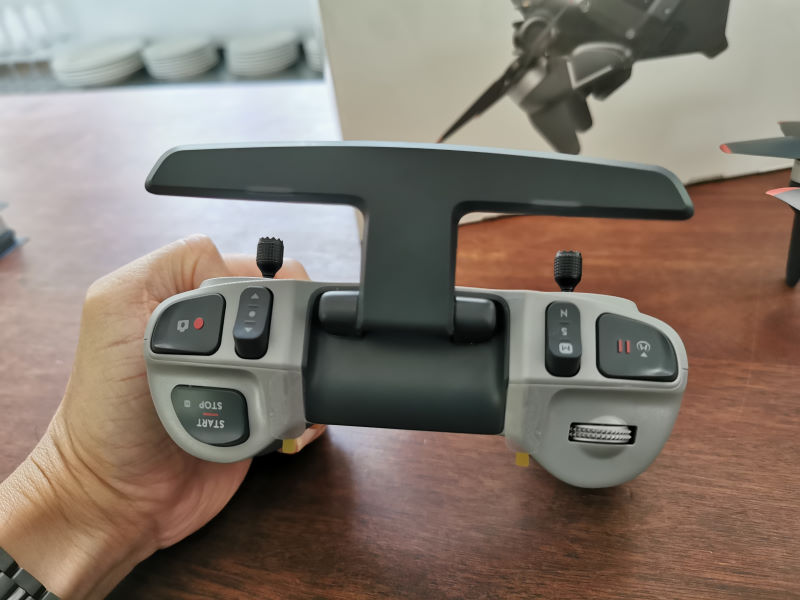 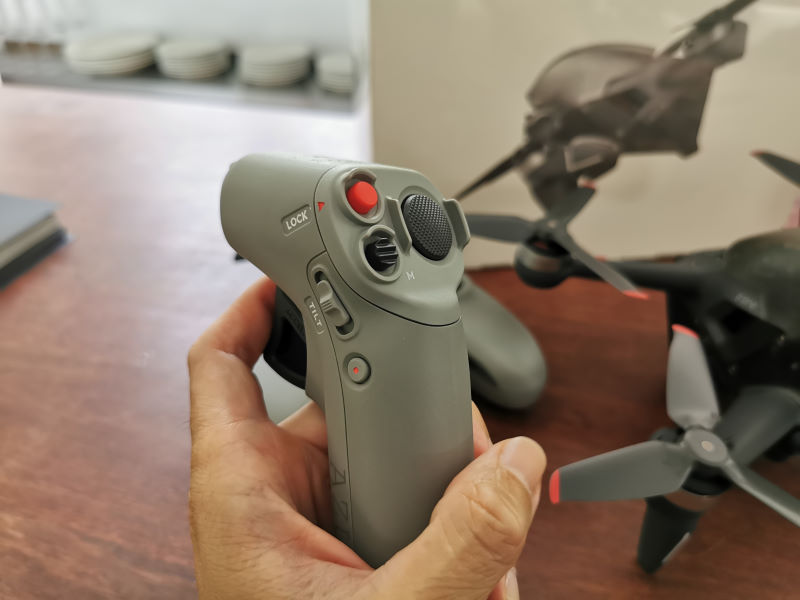 In Normal Mode, flying the FPV is pretty much a no brainer, and just about as easy as flying the 250g Mini 2. In fact, it’s arguably safer because the FPV has frontal collision detection while the Mini 2 has no obstacle sensors at all. In fact, if you’re upgrading from the Mini or Mini 2, then you’re already used to not having any obstacle sensors, flying the FPV in Sport Mode would then be like flying a turbocharged Mini 2. I did not experience the FPV in Manual Mode or use the Motion Controller for my hands-on sessions, so I can’t tell you much about that. 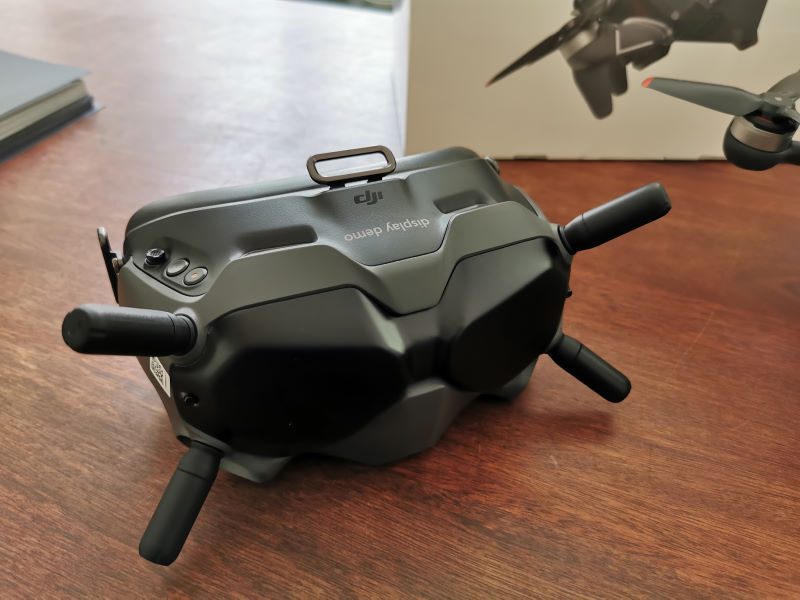 Now, because DJI doesn’t seem to have any plans of enabling live display on your smartphone via the DJI Fly App like Mavic or Mini 2, flying the FPV with just visual line of sight can be tricky. So even though the FPV is “beginner friendly” and can act like a dual-purpose drone for regular flying and aerial photography, you basically have to fork out for the goggles and fly it like an FPV drone, or else you will be flying blind.

Also, in my limited time with the FPV, I noticed that there were ocular distortions in the live video feed while using the goggles even in Normal Mode. This manifested in patches of digital noise from time to time. The stream didn’t lag, but video quality wasn’t as clear as I expected it to be, considering that the Goggles V2 is a dedicated accessory for the drone and features the newer OccuSync 3.0 technology with a higher video bitrate and lower latencies. In comparison, I didn’t notice such distortions on my iPhone 12 while operating the Mini 2 through the DJI Fly app. 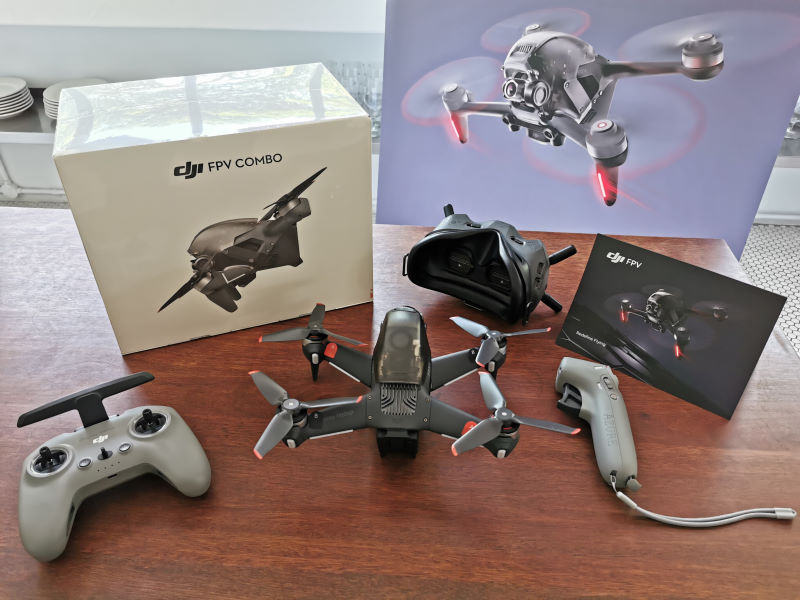 The DJI FPV Drone (drone + standard controller) is on sale now for S$1,099, while the Goggles V2 is sold separately for S$899. You can get the FPV Combo bundle (drone + standard controller + Goggles V2) for S$1,699. The new Motion Controller is a standalone purchase for S$219. You can buy the DJI FPV from DJI’s online store here, Lazada, Shopee or check out their physical flagship store at Funan.