Exploring Ardenweald and its creatures 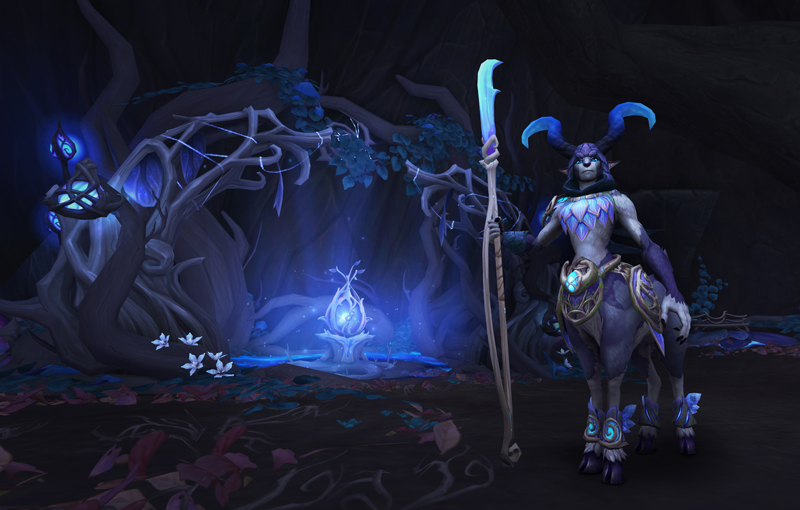 World of Warcraft: Shadowlands is just a month away now.

Blizzard Entertainment’s upcoming expansion to World of Warcraft has players descend into its version of the afterlife. Segmented into various zones governed by different ‘Covenants’, the Shadowlands present players with many new environments to explore and characters to meet. You'll have to do all this while fighting off an apocalyptic event, of course. Just another Tuesday in the Warcraft universe.

We recently spoke with the game's Art Director, Ely Cannon, about one specific zone in the Shadowlands - the mystical, nature-themed Ardenweald. Ardenweald hosts the Night Fae, a Covenant players are introduced to at the start of Shadowlands. This is a forest-themed zone with gorgeous cosmic visuals, but it’s not as peaceful as it once was. Despite the Winter Queen’s best efforts, Ardenweald is falling apart. 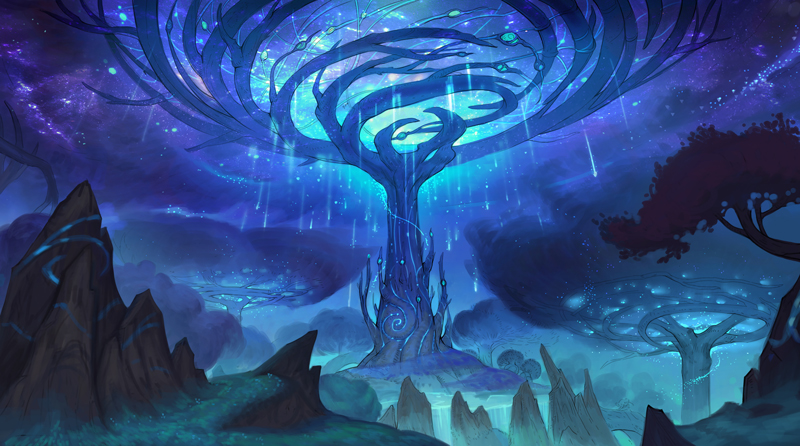 Ardenweald is immediately unique in the Shadowlands due to its fullness of life. It’s essentially Warcraft’s version of heaven, in the form of a massive forest teeming with supernatural flora and fauna. Unlike other zones, those who enter Ardenweald are not sworn to duty or put to work. Instead, new souls are met with warmth and told to do whatever they want - for eternity.

The central theme tying together every aspect of Ardenweald's design is the cycle of life and death. Lead narrative designer Steve Danuser writes, “Just as fields must lie fallow for a time in order for crops to grow again, and as trees stand bereft of leaves before they unfold once more in springtime, so the souls of nature spirits require slumber before they can return to the realm of the living.” This is a place for dead things to rest, before they are reborn anew.

The Winter Queen leads this zone, utterly devoted to every spirit that has been left in her care. The Night Fae serve under her, native to the forests of Ardenweald. These creatures come in all shapes and sizes - from the vorkai, defenders of the Wild Hunt to the more musically-inclined sylvar. Mortals who die and enter Ardenweald take on whatever form they like and live on forever in peace. The Night Fae gather the anima that comes with them, and use it to keep the whole place going. 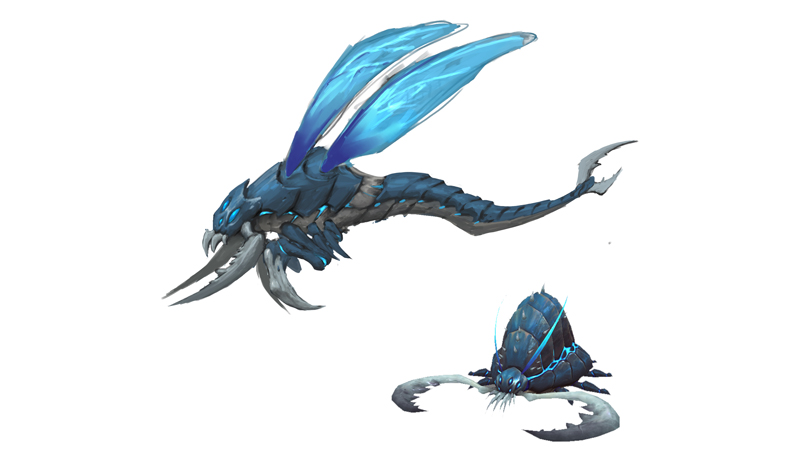 Ardenweald was once full of life, but has now been infected by the presence of death magic. The Drust (wielders of death magic) have come to Ardenweald with villainous motivations, and an anima drought is slowly killing the entire zone at the same time. This has forced the Winter Queen to make terrible choices - such as deciding which parts of Ardenweald to save, and which ones to leave dying.

Funnily enough, Ardenweald wouldn’t exist as it is now without the Drust appearing in a previous expansion, Battle for Azeroth. Art director Ely Cannon told us that the team behind World of Warcraft is constantly brainstorming concepts for new expansions - and not everything ends up being used. He said:

One of the early concepts for the Drust back in Battle for Azeroth was specifically that nighttime forest. We brought that concept forward to Ardenweald and really developed it into a full zone. We were really excited about that concept initially, and having the opportunity to pull it forward and make something awesome out of it was really cool. I feel like it very much suits the themes of the zone, and it has given us all the narrative elements we needed to reinforce the visual storytelling here.

A lot of thought went into the design of Ardenweald, and especially its creatures. One of these is the Gorm. The Gorm came into being while the design team was trying to flesh out Ardenweald’s ecology. Ardenweald is essentially one massive forest, and a crucial element in any forest’s ecology is decomposition. Cannon told us, “It’s a basic cycle - things grow, die and eventually get reclaimed by a forest. In that way, they end up becoming food for the rest of the forest and new life grows from them. The Gorm performed this function for Ardenweald for eons and eons, decomposing things when they died. Those nutrients would be reinvested in the forest.” 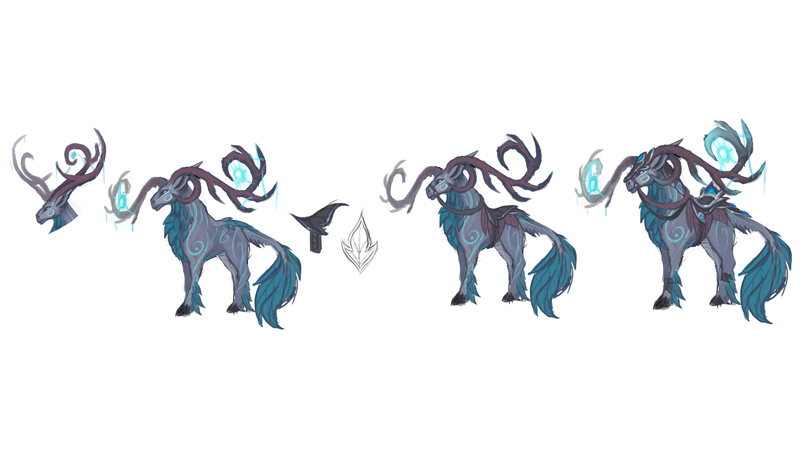 Of course, now the Gorm run amok - and it’ll be up to the player to sort out their growing infestation of Ardenweald. On the flip side, you have the magnificent runestag. This creature serves as a mount for players, and fits right into the zone’s cosmic blue design. Character artist Nataca Nielsen said, “The runestag needed to feel both elegant and powerful. I incorporated leaves into the coat and tail, as well as glowing organic anima shapes along the body to show that this creature is truly a part of the forest.”

But why did the team specifically choose a stag to be this zone's mount? Ely Cannon once again chimes in, saying, “I think the stag is a really good representation of the natural world. Not only is it a proud and strong creature, but it’s one that’s largely peaceful. We’re trying to capture those elements in this zone. A serene and peaceful place, filled with a proud and strong civilisation. The stag embodies that so well. Throughout folk and fairy tales, stags have been a central thematic element to portray the natural world and the spirits within. We felt like it was very appropriate for Ardenweald as well.”