Star Wars: Visions is a splendid celebration of the Japanese anime medium

Star Wars: Visions is a splendid celebration of the Japanese anime medium

Note: This article was first published on 22 September 2021. 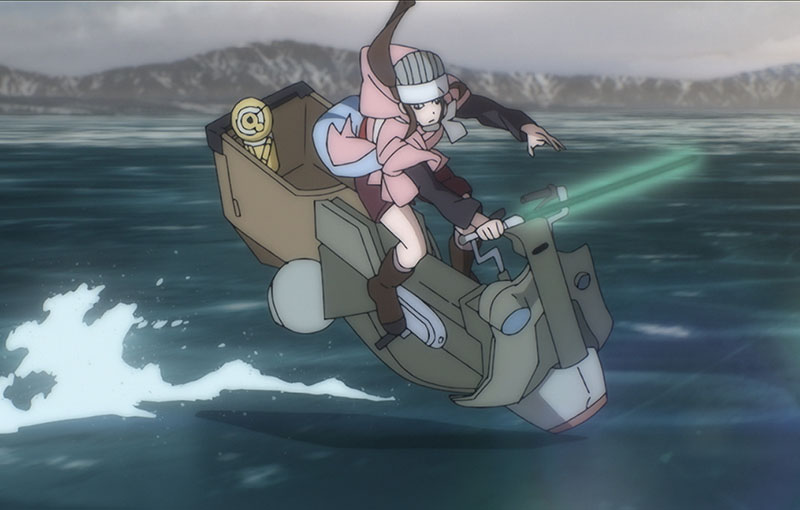 Star Wars: Vision is a fantastically bold, inventive and refreshing take on stories – or shorts – that could have taken place within the Star Wars universe, but in a medium that was previously limited to fan-made clips and artworks (a samurai Darth Vader, yes please).

It’s a medium that made so much sense for Star Wars that it’s a wonder it took this long for it to happen. Stories told in Star Wars, after all, have counted Japanese mythology and the films of Akira Kurosawa among its many influences, and each short in Star Wars: Vision bears a unique Japanese sensibility and anime style, which in many ways aligns with the tone and spirit of Star Wars storytelling.

“It’s something that we wanted to do for a long time. I think the challenge is always about how you do it in a way that really empower creators, to do what they do best from their cultural perspective. And then you need the right platform to distribute it on, which wasn’t available,” explains Visions’ Executive Producer, James Waugh. “Disney Plus suddenly allowed the opportunity for different facets of this galaxy in no way that we had done before. And the fact that we can explore short form, anthologies, all that stuff and opportunities, are really new for Star Wars.” 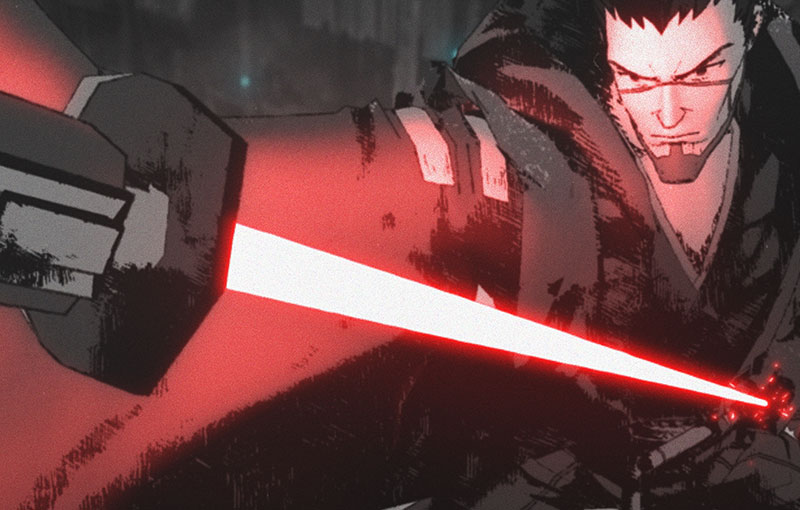 Producing each of the nine short episodes for Visions are seven anime studios including heavyweights like Kamikaza Douga (Batman Ninja) and Project I.G (Ghost in the Shell), with each studio using their signature animation and storytelling styles to realize their own visions (hence the title) of a Star Wars story.

According to producer Kanako Shirasaki, one of the key goals was to showcase different Japanese studios with different backgrounds, and who wanted to tell different stories in different styles. “We want to work with a range of creators in order to build an anthology with lots of variety to show the dept possible only in anime,” she added.

Each episode is a completely original story that bears no continuity or canon to the Star Wars universe but play with iconic Star Wars or classic anime elements in interesting ways. Episode one, for instance (and my personal favorite), is called “The Duel”, and features a classic samurai setting in a black and white style reminiscent of Akira Kurosawa earlier films, yet also strangely familiar for anyone who has also watched Afro Samurai or Netflix's Yasuke. (A big shoutout to the Sith’s lightsaber umbrella that left me gobsmacked in that episode.)

Then there’s “T0-B1”, a story which is practically a retelling of Astroboy’s origin in a Star Wars canvas. Or “The Twins”, a ‘what-if’ anime about a Luke-Leia twins commandeering a pair of Star Destroyers fused together with a planet-killing cannon in between. I also have to point out that as expected from an action anime, fighting scenes are typically over-the-top and in the case of “The Twins”, unbelievably more so. But that’s part of the charm of an anime.

“Part of what makes anime an anime, is there’s a certain magic there that’s not just about the aesthetics, but also a certain type of storytelling, of the way action sequences are arranged for the viewer,” James said.

And what’s next for the Star Wars universe, after anime?

“You’re going to see it expanded to other media, such as novels and manga for sure,” James added. “As far as storytelling goes, there will be more animation, anime, but all of that will only be determined based on the success of Star Wars: Visions.”