The Bad Batch Season 2 review: The Empire rears its head

The Bad Batch Season 2 review: The Empire rears its head 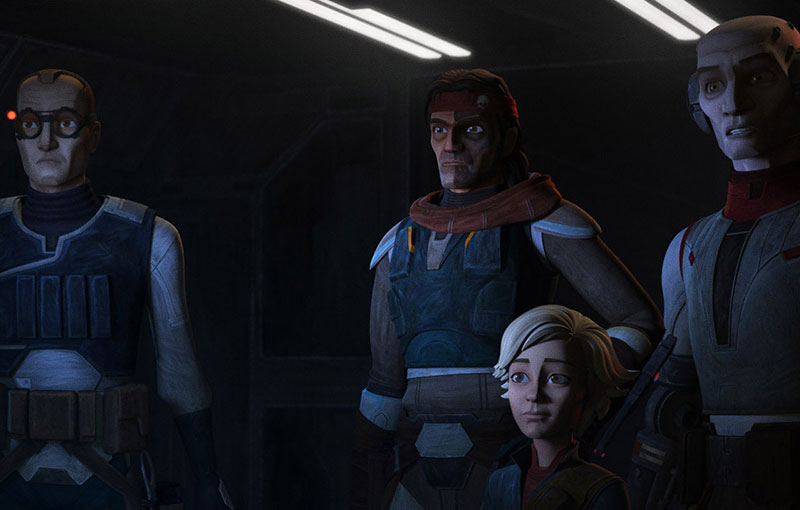 The Bad Batch Season 2 reunites us with the scrappy clones of Clone Force 99, offering yet another lens through which to view the period of time between Revenge of the Sith and A New Hope. As the very Empire they helped create begins to assert its power, Hunter and his rogue clones continue to run odd jobs for Sid and stay off the Imperial radar.

Unsurprisingly, that's not the easiest task. And with lengthy cameos from major players like Captain Rex, Commander Cody, Senator Bail Organa, and Palpatine himself, The Bad Batch is becoming more and more intertwined with the rest of Star Wars canon.

While Hunter is happy to keep a low profile, others in the squad don't quite feel the same way. Echo believes they should do more to resist the Empire, and eventually leaves the team to team up with Rex.

A sense of foreboding hangs over Season 2. Clones are being phased out, and the Empire wants to create its own army drawn from its new citizens. We're given a peek at the creation of the army of Stormtroopers that have become one of the most iconic elements of Star Wars, an evolution of the clone troopers that dominated the landscape of the original trilogies.

Through it all, the show largely adheres to its mission-of-the-week format, sometimes even veering off to tell the story from the enemy's perspective. There are brief vignettes of regular clones who have begun to question the merits of Order 66 and the Empire's dictums, and individual acts of heroism on the part of clones simply trying their best to be good soldiers who follow orders.

We also get to spend more time with Crosshair, the only clone from Clone Force 99 who decided to follow Order 66 and pledge allegiance to the Empire.

Despite all his sacrifices, the Empire is beginning to turn on the very clones who helped them seize power, and Crosshair begins to look increasingly conflicted. That is in keeping with the broader theme of Season 2, which takes care to depict regular clones as individuals who possess their own agency, and are not merely mindless automatons controlled by a chip in their brains.

For many of these clones, loyalty to the Empire appears to be a choice, until they decide otherwise.

Season 2 also takes us to several different worlds in the Star Wars universe, spanning everything from ancient ruins to a desolate, icy landscape and a tropical beach. It is an entertaining exploration of the diversity of worlds in Star Wars, and is particularly welcome after the glut of series set in the deserts of Tatooine.

Having said that, the mission-of-the-week format can also begin to feel a little trying over the course of the 14 episodes that were provided for review. There is the constant sense that the show is dawdling and wasting its time on side quests — it remains to be seen what part Clone Force 99 will play in the larger resistance, and even after nearly two seasons, that question is still not completely clear.

The squad jets off to raid Count Dooku's old supplies and even embarks on a literal treasure hunt, both of which end in failure. While they both deliver in terms of action and adventure, the main story moves along at a snail's pace.

Even a particular episode starring Wookie Jedi Padawan Gungi, while serving up titillating lightsaber action, is just another side quest checked off.

The Bad Batch needs to do a better job of carving out a place for itself in the greater Star Wars timeline. While Rex's role in the show is promising, the series still feels like one that has immense potential to fill in tantalising gaps in the timeline and tie in with other shows like Rebels, but isn't quite there yet.

The Bad Batch Season 2 is airing now on Disney+.