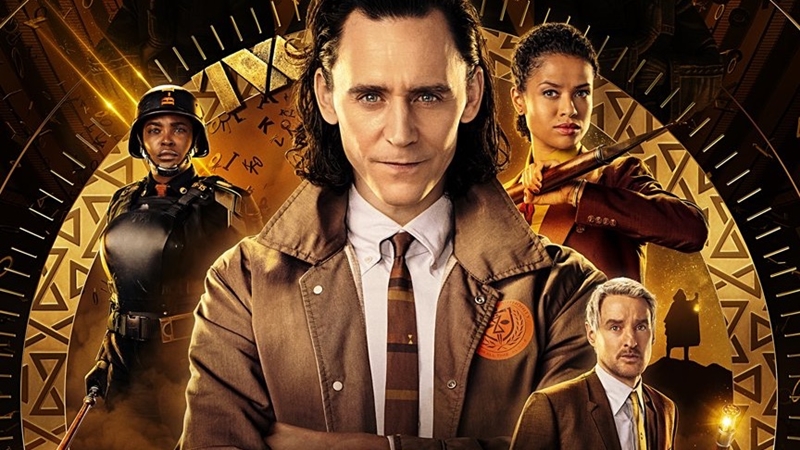 Ok, you should know the drill by now. We've got six episodes' worth of time-travelling shenanigans with the Norse God of Mischief on Disney+, and this is review number two. Speaking of which, if you haven't the foggiest idea what's going on, you should probably check out what went down during the first episode before hopping in.

As always, do be prepared for some mild spoilers along the way, though we will try to keep them to a minimum so you can enjoy the show in your own time.

Anyway, let's get down to business, and we'll begin with a short contextual roundup. After agreeing to help the Time Variance Authority out in exchange for a (potential) meeting with the Timekeepers, Tom Hiddleston's Loki has basically ended up in a similar position as the writer of this episodic review - a corporate agency that keeps an eye on stuff that's going on in the world, with the only difference being my distinct lack of time travel capabilities.

If anything, Loki loves to be right 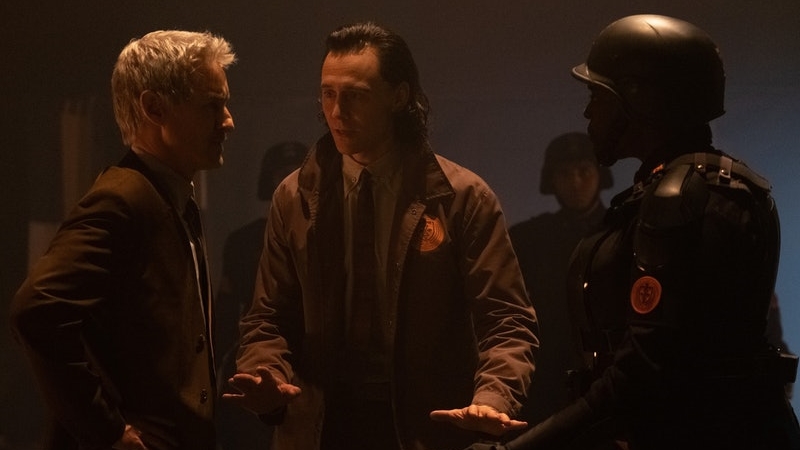 Narrative-wise, the episode kicks off much like a typical CSI: Miami instalment does, with "bad Loki" taking out a team of TVA personnel while they're investigating a chronological deviation. However, it's more accurate to say that they took themselves out - bad Loki doesn't hold back on flexing their mind control powers to hypnotise the team's leader, who promptly proceeds to kill the other members before disappearing with the hooded figure.

Naturally, the TVA then sends Mobius, good Loki and the ever-skeptical Hunter B-15 to check it out, which leads into good Loki delivering a slightly dull and generally forgettable monologue about how the TVA approaches things and why they've been so easy for the bad Loki to outwit. You honestly won't lose much by skipping past this part, but a key takeaway is the confirmation that good Loki still isn't completely on the TVA's side. 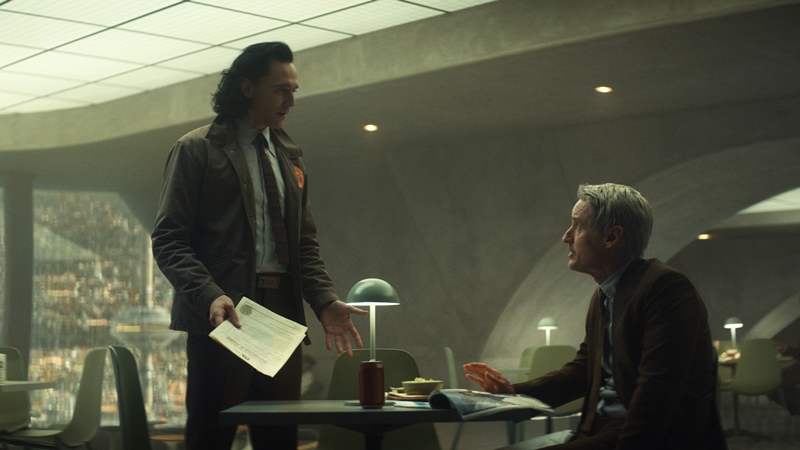 But after they return to the TVA offices and good Loki is saddled with more paperwork to review, that's where the plot engines really start working. Of course, we'll leave you to discover what that means for yourselves, but what I will say is that the central concept that they propose is one of the coolest and most intelligent that I've ever seen in a TV show. In fact, it's made even more amazing because it's practically staring you right in the face, and that "Eureka!" moment when both you and the on-screen duo realise what's really going on is immensely satisfying.

At this point, I would also like to offer my sincere condolences to Mobius' lunch salad, which somehow ends up doused in a buttload of salt, pepper and milk (courtesy of poor Casey) just because good Loki wanted to make a point. 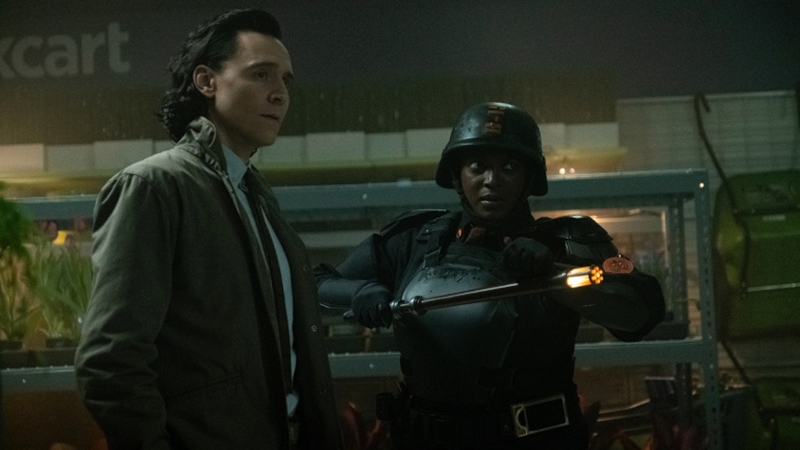 So, one salad apocalypse later, during which we also see more instances of Ravonna's somewhat-endearing friendship with Mobius, the team ends up tracking bad Loki down to a future 2050 iteration of Alabama on the brink of destruction. Naturally, like all good zombie movies, they somehow find themselves in a supermarket along with a bunch of survivors taking shelter from the storm outside. It's here that Mobius pulls the Scooby-Doo mystery strategy of "Gang, let's split up and search for clues!", which doesn't exactly prove to be the best approach considering you know next to nothing about what bad Loki is like.

Anyway, in order to ease the latter's skepticism of his still-hidden-but-obvious agenda, good Loki agrees to patrol with Hunter B-15 instead of Mobius, who is then promptly hypnotised by bad Loki. Needless to say, what follows is an exchange of words, blows and a conveniently-placed vacuum cleaner between both incarnations of the god of mischief, who finally reveals himself...or rather, herself.

Frankly, at this point let's just go with "Lady Loki" since that's what the Internet is calling Sophia DiMartino's character, and damn, does she look drop-dead fabulous in that getup. Among other things, this Variant appears to be much craftier and way more ruthless than good old Hiddleston-Loki, and impressively, her true motivations are still shrouded in mystery by the end of episode 2! Accordingly, mad props to DiMartino here - I think it's quite amazing that in the span of a few minutes she has already managed to establish a clear divide between both Lokis while still retaining her character's mysterious air. And if that isn't skillful acting, I don't know what is. 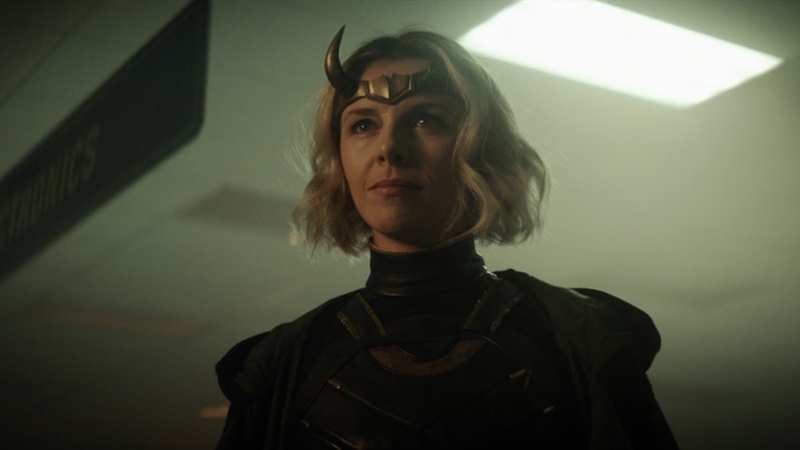 Moving on, here's where the writers masterfully bring back an easily-forgotten point from the first episode, which culminates in some...decidedly catastrophic consequences for the TVA and the sacred timeline. As expected, Mobius's half of the squad arrives just in time to discover the unconscious Hunter B-15 next to good Loki...while narrowly missing Lady Loki herself.

To be honest, I personally don't particularly like them ending off the episode in such a manner by "framing the good guy", even though we do see good Loki jumping through the portal in pursuit of Lady Loki. Such tropes tend to leave a bad taste in my mouth because it forces an arc, however short, where good Loki has to try and establish his innocence. It wastes precious time that could otherwise be used to further the narrative, and for a show that has so far been impressively unpredictable with regard to its usage of concepts and plot devices, it certainly merits a facepalm.

Fortunately, it's a small blunder by comparison, and why Loki opted to follow Lady Loki into a portal that leads Odin-knows-where is anyone's guess, at least until the next episode. Nevertheless, between that aforementioned eureka moment and DiMartino's excellent first impression of Lady Loki, I'm still intrigued to find out what the latter is really cooking up behind that smug smile of hers. Episode three, here I come!