Disney's Encanto review: A vibrant and magical story about finding your place

Review: Disney's Encanto is a vibrant and magical story about finding your place 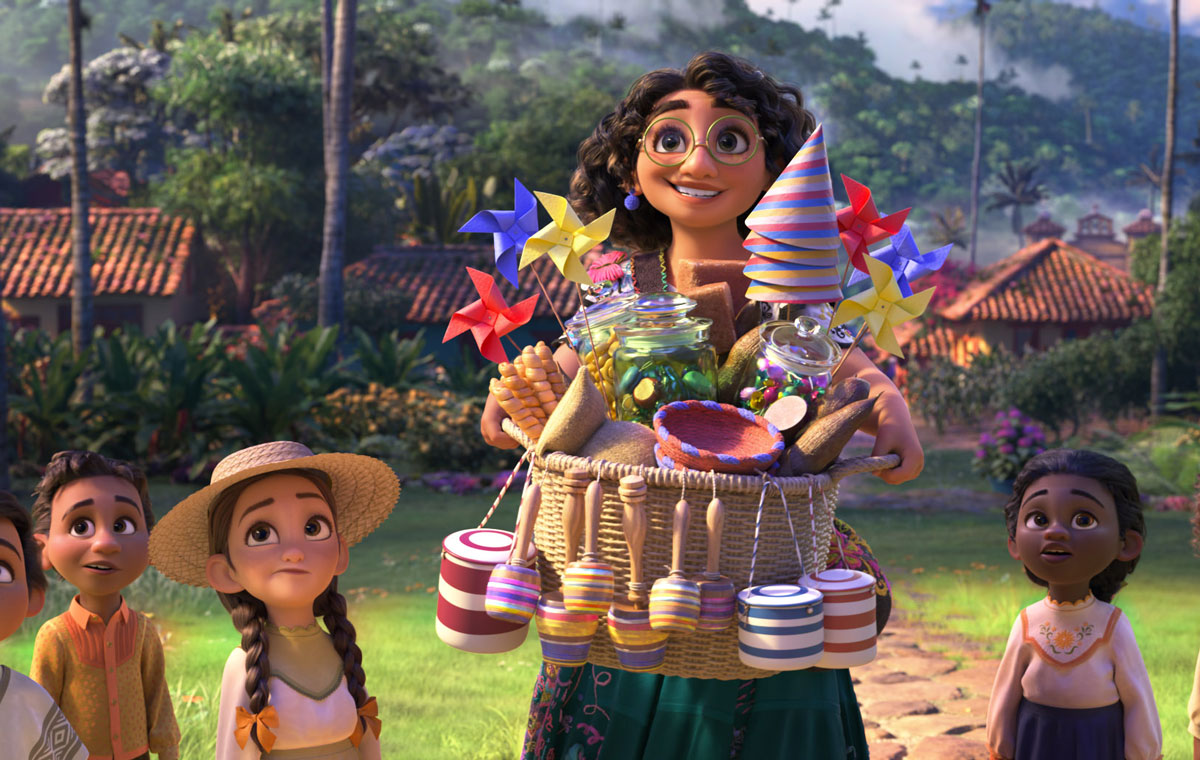 Walt Disney Animation Studios’ 60th film Encanto proves that the company is still quite capable of producing the heartwarming classics its bones were made on. This vibrant and gorgeous musical comes from the creative team behind Zootopia - Byron Howard and Jared Bush - following the Madrigals, a superpowered family living in an enchanted house in Colombia. It also boasts a soundtrack written by Lin-Manuel Miranda of Hamilton and In the Heights fame, and all that behind-the-scenes talent shines through spectacularly. 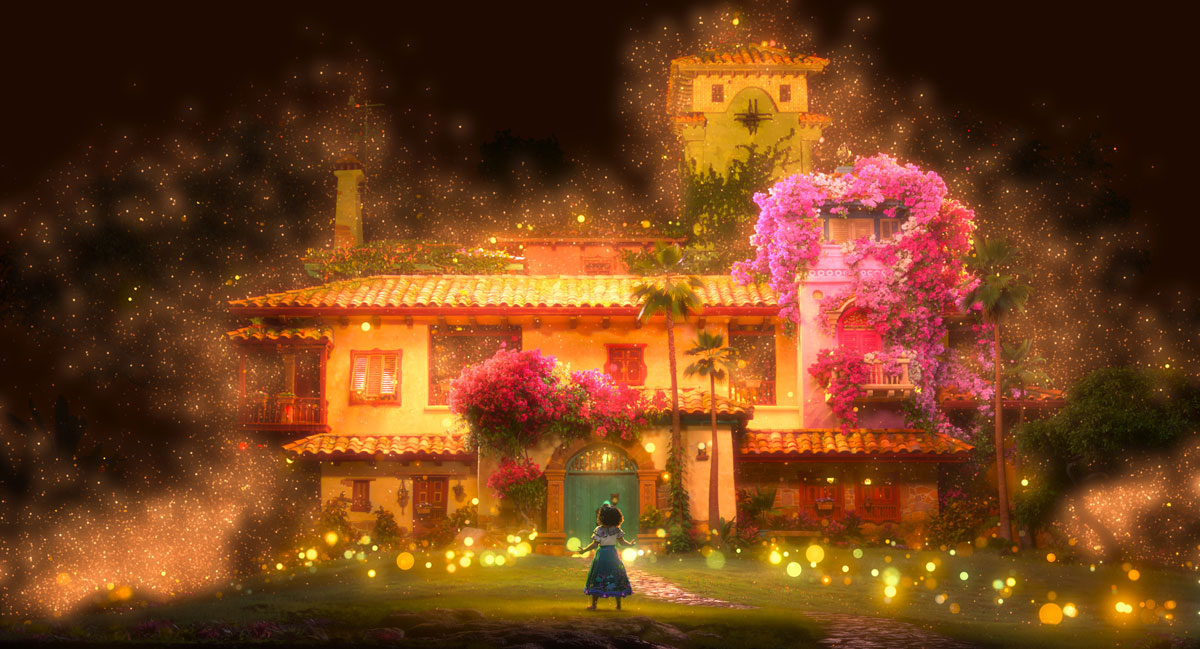 Encanto’s very first musical number swiftly introduces us to the magical Madrigal family, who long ago settled down in a tucked-away corner of the Colombian mountains to form a small town. They live in a living magical house, whose chairs and shelves bounce about as if haunted by a mischievous poltergeist. Each member of the family has a magical gift they use to help out the town. Luisa for example, is strong enough to carry entire bridges and lift houses. Dolores is capable of hearing anything from afar - even the rats hiding behind their walls. The young and impetuous Camilo is a shapeshifter, capable of transforming into anyone he sees. You get the idea.

Unlike every other member of her family however, the young Mirabel never received any powers. In her family of titans, she’s the odd one out. At best constantly underestimated by townsfolk and the Madrigals themselves, and at worst outright ignored. When the magic holding their town together begins to crumble, Mirabel sets out to save the day and prove her worth once and for all. One might expect this quest to take Mirabel on a dangerous adventure across Colombia like these movies often do, but Encanto breaks that pattern by being almost entirely set in the Madrigal’s house. This never limits its scope, seeing as the house is much bigger on the inside (yes, a TARDIS joke gets trotted out eventually) and filled with a diverse range of dramatic set pieces.

This is easily one of Disney animation’s best-looking movies yet. Colombia feels like such a fresh and colourful setting for an animated musical. Musical numbers are visual eye candy and environments, such as the living house, are filled with gorgeous detail. Isabela Madrigal gets a catchy song where she sings about her power to make flowers bloom at will, and what unfolds is a sequence with hundreds of colourful bouquets in almost every frame. The house bounces around by flipping over furniture and shifting floor tiles, making it an exceptionally creative stage for these numbers and the story at large. The music is, of course, fantastic, proving that Lin-Manuel Miranda simply doesn’t know how to write a dull tune. 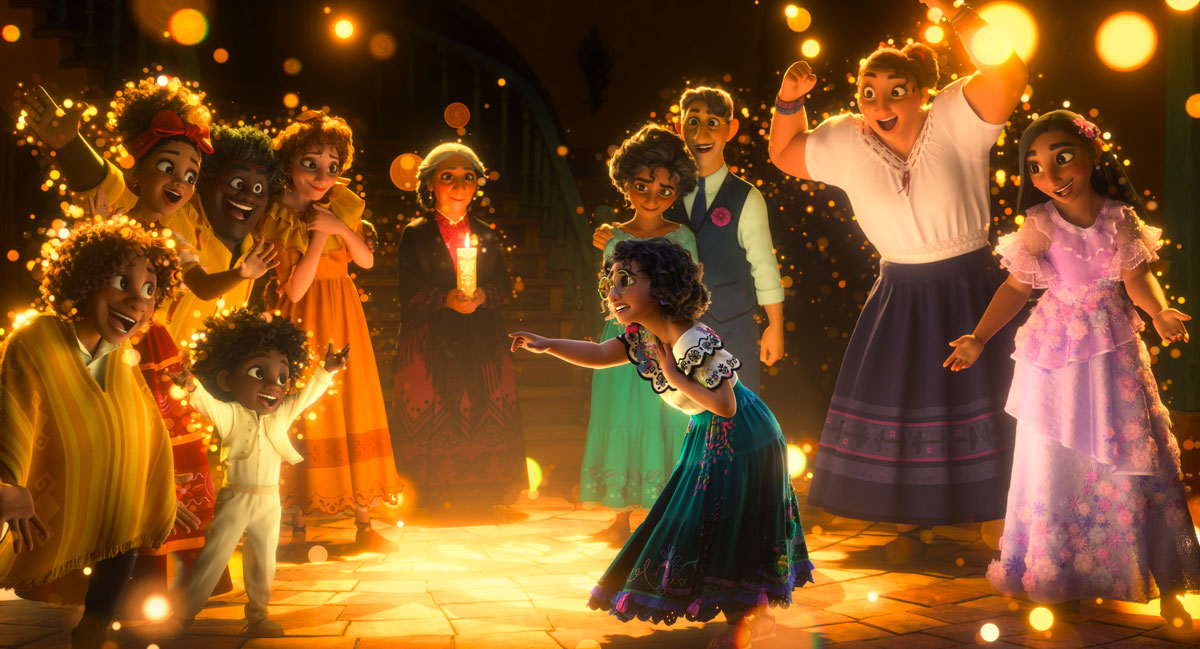 Mirabel’s story is a moving, emotional tale right up there with Disney’s best, taking twists and turns that buck expectations in all the right ways. Though she happens to be the only person in the family without gifts, she doesn’t hold it against her family - making her a likable underdog to root for even in her lowest moments. On a surface level, she is the most unremarkable member of a dazzlingly unique family - which makes this film hit home for anyone who’s ever felt socially eclipsed by their peers. Encanto approaches that theme with tact, leading to a powerful climax with a meaningful message. The film’s voice cast is fantastic as well, particularly Stephanie Beatriz as Mirabel and John Leguizamo as the family’s ostracised uncle Bruno. The latter even gets left out of his own musical number: ‘We Don’t Talk About Bruno’, and it’s just his luck that it ends up being the movie’s best track by far.

Though I ended up liking Encanto a lot more than Disney’s last few animated projects, it does have a few problems of its own. The Madrigal family is so diverse and personality-rich, but some of their arcs are rushed to the finish line as Mirabel bounces from helping one to the other on her quest. Mirabel and her sister Isabela have never gotten along - but immediately make up over the course of one song. Mirabel shares an interesting dynamic with her other sister Luisa, but the latter melts into the background of the film’s second half. Other members of the family, such as the shapeshifter Camilo, are not given even a morsel of story to work with.

In a way, this just speaks to how interesting this group is. It’s fun to watch the entire family bounce off each other, and each Madrigal is unique enough that you come away wishing they had more to do here. It doesn’t help that the movie ends a little too abruptly - it bounces from climax to credits a little too quickly - but this is Disney we’re talking about, so we’ll almost certainly get more Encanto one way or another eventually. 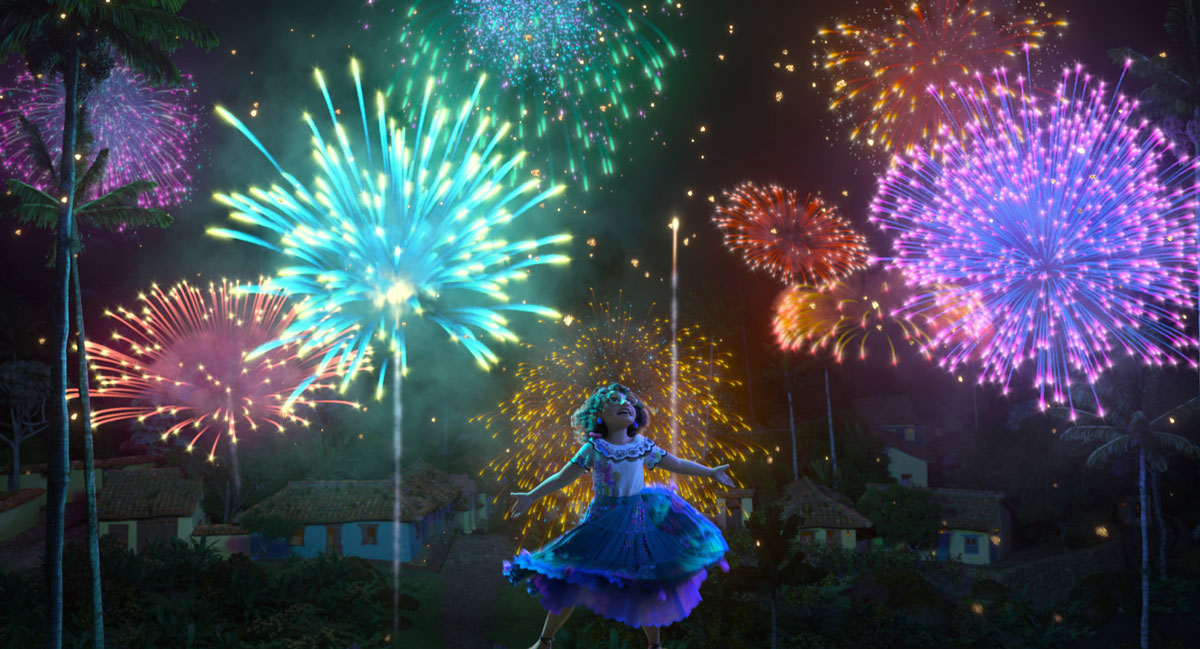 After Moana, Raya and the Last Dragon and now Encanto, it feels like Disney Animation is purposefully exploring new cultures and stories they’ve never touched before - and it’s paying off in spades. Encanto is a heartfelt tale about finding one’s place in a community, told through delightfully catchy tunes, lovable characters and outstanding animation. There is some wasted potential in the central family, but as I’m sure Mirabel would agree, they have had all the time in the world to shine already. Now, the Madrigals shine together.