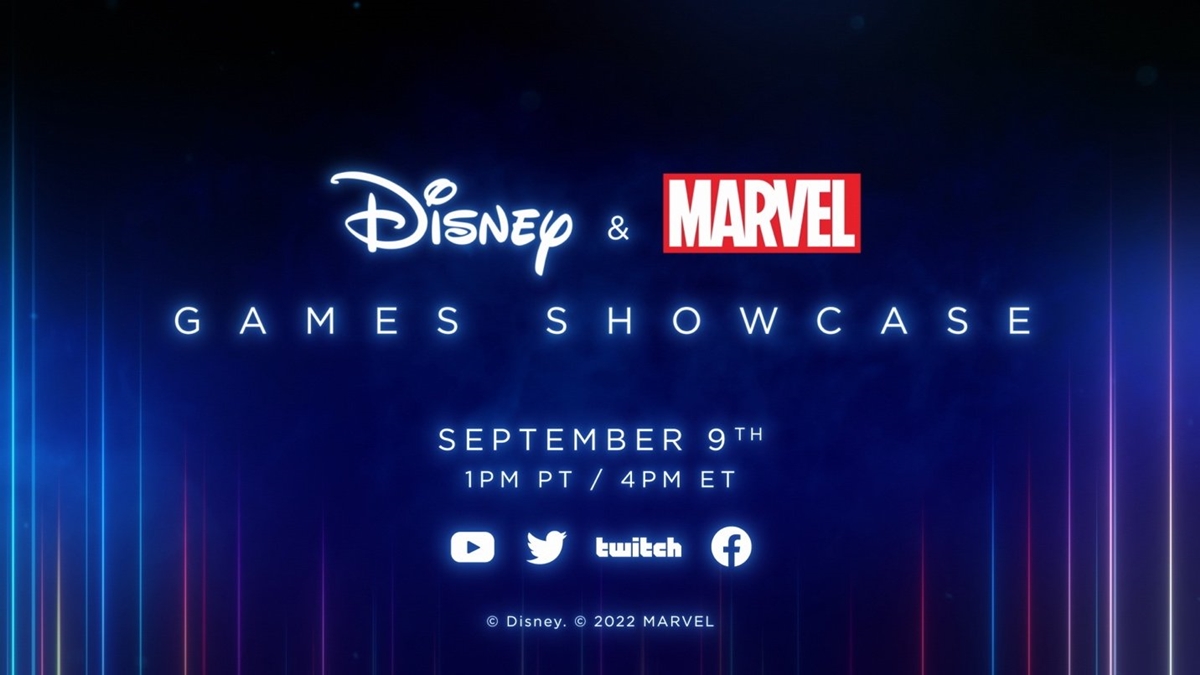 Much like Ubisoft Forward (which will also have its own summary piece!), the Disney and Marvel Games Showcase at D23 last weekend laid out many interesting titles and content updates for gamers to look forward to. From fresh takes on beloved classics to yet-unnamed superhero collaborations, and even the odd AR mobile title, we've rounded up the juiciest bits of the showcase to get you caught up on what Disney has in the pipeline.

Decked out in neon lights and other related aesthetics, Tron Identity presents a new twist on the beloved sci-fi franchise. Scheduled for release sometime in 2023, it's currently in the pipeline from Bithell Games (of Thomas Was Alone fame), and going by the information on its Steam page, it's supposedly a visual novel-style mystery title.

Developed in collaboration with Dlala Studios, this new Switch-exclusive platformer will see Mickey and Friends travelling through the land of Monoth to retrieve three missing mystical books. It features co-op play for up to four people and is presented in the classic Mickey Mouse Shorts art style that many Disney fans have come to love. Additionally, the Nintendo eShop entry states that it will be released sometime in 2023, though interested buyers can already wishlist it if they're looking to pick it up.

I've always had a soft spot for card battlers, and the all-new Marvel Snap won't be any different. Scheduled for release on 18 Oct, this wacky, frenetic game will see players pitting super-powered cards against each other to make SNAP! sets, accompanied by flashy character-inspired intros and other animations. From Iceman to The Thing and even 8-bit-style Guardians of the Galaxy cards, there's a lot to look forward to here if you're a Marvel comics fan, and I'm quite keen on giving this a go when it arrives.

If you've ever wondered who would win in a race between Mulan, Captain Jack Sparrow, or Mickey Mouse, then Disney's all-new racer Speedstorm gives you the chance to find out. As the trailer suggests, you'll be able to wield a variety of different gadgets to help you or disrupt your opponents, such as the missile Mulan fires at Sully. It's all pretty exciting stuff, though a release window has not been announced for Speedstorm at this time.

The alien moon of Pandora is an amazing, mysterious place. So amazing, in fact, that Disney is working on not one, but two games for it. However, unlike Frontiers of Pandora, which was revealed roughly a year back, Avatar: Reckoning is a third-person MMORPG shooter designed for mobile. Featuring a wide variety of gameplay modes, from classic single-player to action-packed co-op and multiplayer PvP experiences, Reckoning will apparently be released "soon", so chances are we'll be able to take it for a spin by the end of the year.

Pardon the extremely uninspired label, but this is probably the best description we have for this mysterious collab at the moment. Led by former Uncharted creative director Amy Hennig, this yet-unnamed game is currently being developed by Skydance New Media. It has yet to receive a tentative release window, but its narrative reportedly features Captain America, Azzuri (the WWII-era Black Panther and T'Challa's grandfather), Nanali of the Wakandan Spy Network, and Gabriel Jones, a Howling Commandos operative.

Most children dream of having superpowers in real life, but since good ol' physics dictates that it's logically impossible, the new Marvel World of Heroes is probably the closest we'll ever get to doing stuff like that. This AR mobile title is currently being worked on in partnership with Pokemon Go developer Niantic, and will reportedly allow players to complete Super Hero missions and go on patrol within their neighbourhoods, among other related tasks. Like many of the other titles above, it's scheduled for release sometime in 2023.

There's more where that came from

Of course, we highly recommend watching the stream for yourself if you've got time to spare, as it's just over twenty minutes long and filled with loads of other content updates that you might find interesting. Heck, we've even embedded it down below to save you the trouble, and as always, happy gaming!