Diablo II: Resurrected: Our post-Technical Alpha Q&A with the developers 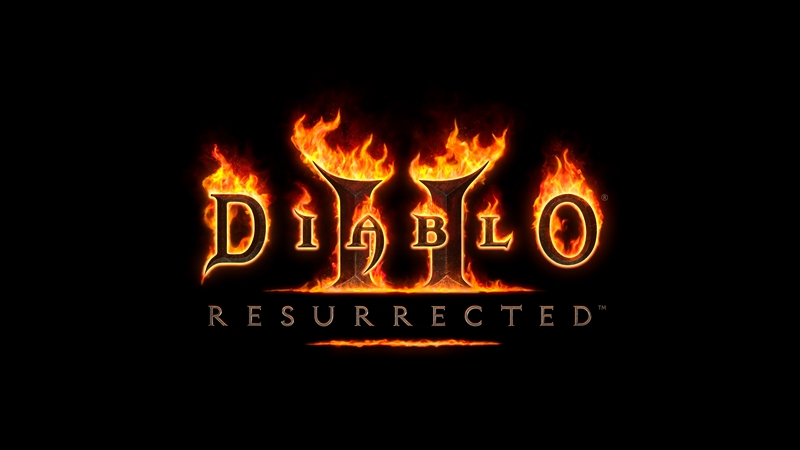 Over the past weekend, we had plenty of fun journeying through the demon-infested wilderness of Sanctuary in Diablo II: Resurrected's first Technical Alpha. Sure, we were only able to progress up till Act 2 of the narrative, but it was more than enough for us to get a good feel for the experience. To cut a long story short, it's pretty darn good - the game is shaping up to be just as fun and polished as the original, if not even more so given the medley of remastered cutscenes, graphics and character animations.

You can read about that in greater detail in our impressions piece, but for today, we've got other things on the agenda to discuss. Earlier today, we had a short check-in with two members of the D2R development team, namely Game Designer Andre Abrahamian and Game Producer Matthew Cederquist to see what else they've got in store for the much-hyped remaster. 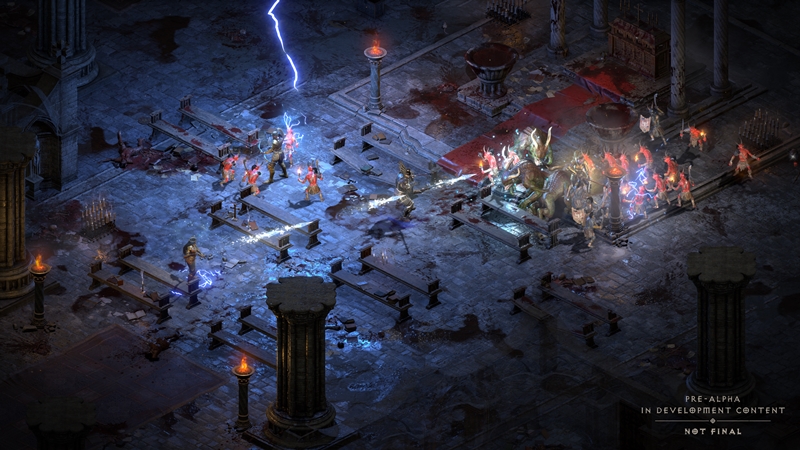 Despite the Technical Alpha's short time window, you might have heard that some modders managed to access supposedly unavailable classes like the Necromancer and the Paladin using old Hero Editor mods, and we decided to kick off the session discussing the relevance of community mods. To that end, Abrahamian noted that the team has made several changes to the game code such that the game will be much easier to mod than the original Diablo II, which should be great news for the community. Furthermore, he mentioned that although he couldn't specify how far modders would be able to switch up the UI, the team wasn't averse to modding, and that there would be quite a lot of freedom in this regard.

Our next question was about what you might refer to as "legacy features". One of the highlights of the remaster is that it will be fully compatible with players' existing D2 save files, and that they would be able to "port" their progress over to D2R without a hitch. As such, we asked if there would be any bonuses or incentives for players who did so. Abrahamian proceeded to clarify that save files imported from the original D2 game will only be playable offline - the new Battle.net scaffolding for D2R will be a "fresh environment" for everyone. He then talked about how the team doesn't have any plans for endgame content at the moment, and that their current priority is to ensure that the remaster delivers in terms of authenticity. 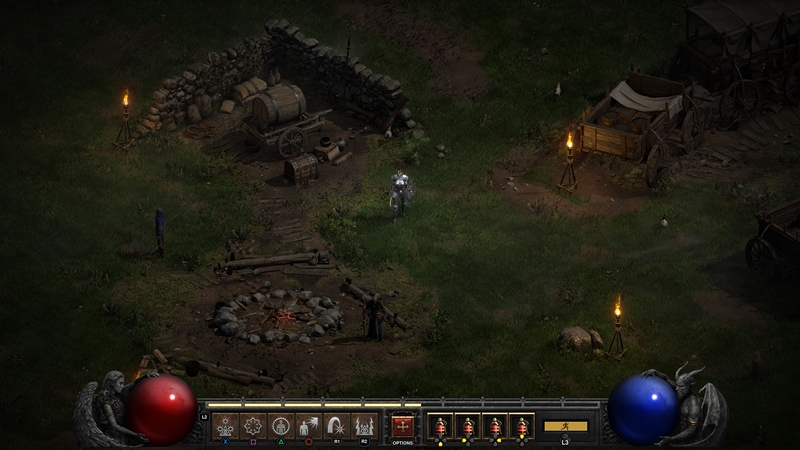 As for gameplay, the duo then reveals that the auction house from the original D2 will not be making an appearance, which is kind of a mixed bag when you think about it. On one hand, it prevents all of the common issues that tend to arise when a game features a secondary player-controlled market, such as beginners mistakenly buying overpriced items or otherwise getting scammed, but on the other, the game is also missing out on one key aspect of the D2 experience. It's an issue of practicality versus authenticity in that sense, and it's difficult to come to a conclusion given there are valid arguments for both sides of the equation.

The last point we brought up was about the challenges of porting the game to current-gen and next-gen consoles, especially when it comes to controllers and joysticks. The original D2 was exclusively for PC, but D2R is branching out far beyond that - it will also be available on PS4, PS5, XSX/S and even the Nintendo Switch. The duo notes that this was one of the team's biggest challenges during development, although they also admitted that they were quite happy with where they ended up. 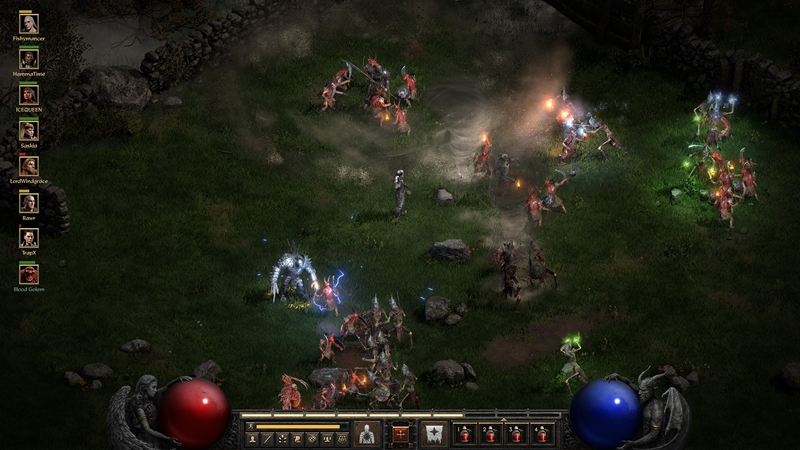 Fundamentally, they felt the most important thing was to create a smooth console controller experience, which was a big obstacle since a controller lacks the "unlimited accuracy" of a mouse with regard to aiming spells and attacks. However, they have taken several pages out of Diablo III's book to assist them in this regard, and will continue to refine it using the feedback that they received from the Technical Alpha.

Naturally, like every other self-respecting Diablo fan, we decided to wrap up the session by referencing Diablo II's notorious secret cow level, to which the duo replied that there wasn't one. Perhaps they're telling the truth...but then again, they were oddly quick to deny its existence, not to mention that Abrahamian's grin at the very end is, for lack of a better term, "kinda sus". We know it's there, guys - it's just a matter of time.