Developing the Dreamlike: The inspiration behind Ori and the Will of the Wisps

Developing the Dreamlike: The inspiration behind Ori and the Will of the Wisps 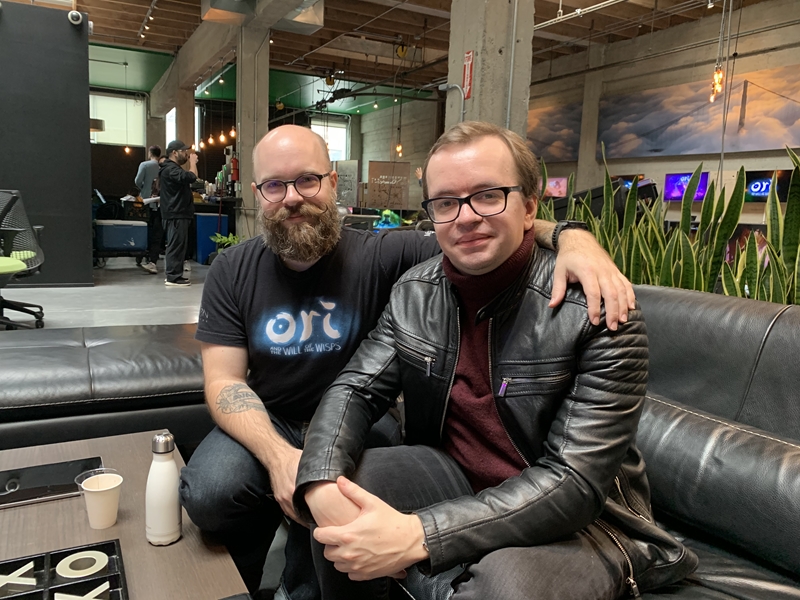 Do you like Metroid-style platformers? Or do fantasy-related titles float your boat? Well, too bad - we’re not giving you a chance to pick because you get both of those in the title we're discussing today.

Two weeks ago, we attended a media preview in San Francisco for the upcoming fantasy platformer by Moon Studios, Ori and the Will of the Wisps. Yes, it’s the sequel to the critically acclaimed Ori and the Blind Forest and is set to release for Xbox One and Windows 10 in about a month's time, on March 11.

Apart from having a two-hour hands-on with this amazingly enrapturing game, we also sat down for a chat with Daniel Smith, Senior Producer at Xbox Game Studios, and Gareth Coker, the game’s composer.

HWZ: First of all, thank you once again for inviting us to this media preview. Having spent two amazing hours with it so far, Ori and the Will of the Wisps is shaping up to be an excellent title, and we’d like to get into some of the thought processes that went into making it so gorgeous.

Both: Our pleasure. Fire away!

HWZ: In terms of gameplay, the Ori games take a page out of titles such as Metroidvania and Rayman. But why settle on a platformer? Was there a particular appeal in the concept that the team found intriguing?

Daniel: For starters, the Metroidvania concept was one of our primary foundations when we started making Blind Forest, although other fantasy titles such as The Legend of Zelda did play a part in shaping the creative angle as well. As for a specific “appeal”, I guess it would have to be those in-game “Eureka!” moments when you figure out how to get past a certain roadblock. We found that it’s something really hard to replicate outside of a platformer, so here we are!

HWZ: What were some of the main inspirations behind Ori’s unique “dreamlike” art style and music?

Daniel: Design-wise, the team wanted to make something that was out-of-this-world fantastic, unique and memorable. Primarily, it was all about creating that “Wow!” factor and one of our main inspirations here was definitely Hayao Miyazaki and Studio Ghibli.

Gareth: On my end, I think what I really wanted for the Ori soundtrack was to make it “irreplaceable”, in the sense that the soundtrack would be one you could clearly and uniquely identify as “from an Ori game”, and not like it was copy-pasted from another franchise. There’s a certain irony in the creative process too – I got the inspiration for Ori by listening to every other kind of tune besides gaming soundtracks!  It’s a little trick I picked up from a famous composer, and I feel it really helped establish a unique direction for us. 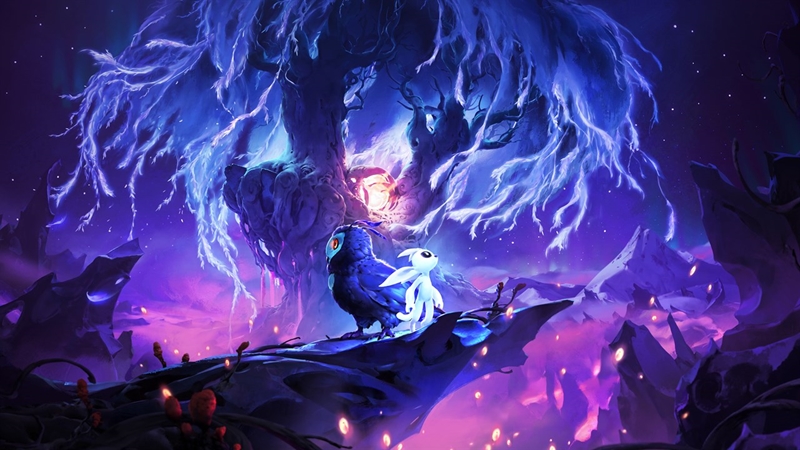 HWZ: What were some of the main learning experiences the team gathered from Blind Forest, and how did you try to capture them in Will of the Wisps?

Daniel: Well, one of the common pieces of feedback that we got from the fans about Blind Forest was that it was too difficult. So, we sat down, thought it through and eventually came up with both the three difficulty modes (Easy, Normal and Hard) as well as the Shard system, which you should have been able to use in your playthrough earlier.

(Note: Shards are basically minor perks that Ori can discover, purchase and equip (up to a maximum of 3), such as having higher offense or defense, being able to stick to surfaces, and so on.)

What we wanted to do with these was to help accommodate players of varying skill levels, and ensure that everyone could enjoy it at their own pace. So, more skilled players might want to run with a higher difficulty and fewer Shards, while newer players might prefer an easier difficulty and have more Shards. That way, we still preserve the fundamental challenge of Ori while not making it impossibly hard for newer players.

HWZ: What were some of the main challenges the team faced in maintaining that successful formula from The Blind Forest, while still keeping it fresh for the fans in Will of the Wisps?

Daniel: Primarily, the inclusion of various new mechanics, such as the aforementioned Shards system meant that we had to figure out how to balance it all out as well, and I have to say that was the really challenging bit. Not only did that include intense testing sessions, but we also had to make sure we didn't go too far off the path we established in Blind Forest. In short, while we wanted to make sure that experienced players could come in and say "This feels like Ori!", we still had to keep it such that newer players could still experience the challenge and fun factor that we wanted to deliver.

HWZ: Great! Let’s wrap it up with something a little more light hearted. What are each of your favourite things about the game?

Gareth: For me, I’ve always been a big fan of platformers, and I’m really proud to say I’ve managed to complete Cuphead on Hard! So, it goes without saying that the Ori games are right up my alley. But in this case, what I really love are the traversal abilities and combinations that Ori can use, and it just makes you feel oh-so-powerful when you’re able to zoom through the map at ridiculous speeds without a care in the world.

Daniel: Hmm…I think my favourite part about Will of the Wisps would definitely be the sheer size of the sequel as compared to the original, in terms of level size, the number of cinematics and so on. I can safely say that we have around three times the number of sequences from the first game, and it’s that feeling of “having more” that I love the most.

HWZ: Awesome - that’s a wrap, gentlemen! Once again, thank you so much for the invite and for your time today. We’re looking forward to snagging Will of the Wisps when it drops, and we hope everyone will have as much fun as we did.

Ori and the Will of the Wisps will release exclusively for the Xbox One and Windows 10 on March 11, 2020. Preorders are available on the Microsoft Store. You can read about our hands-on experience here.