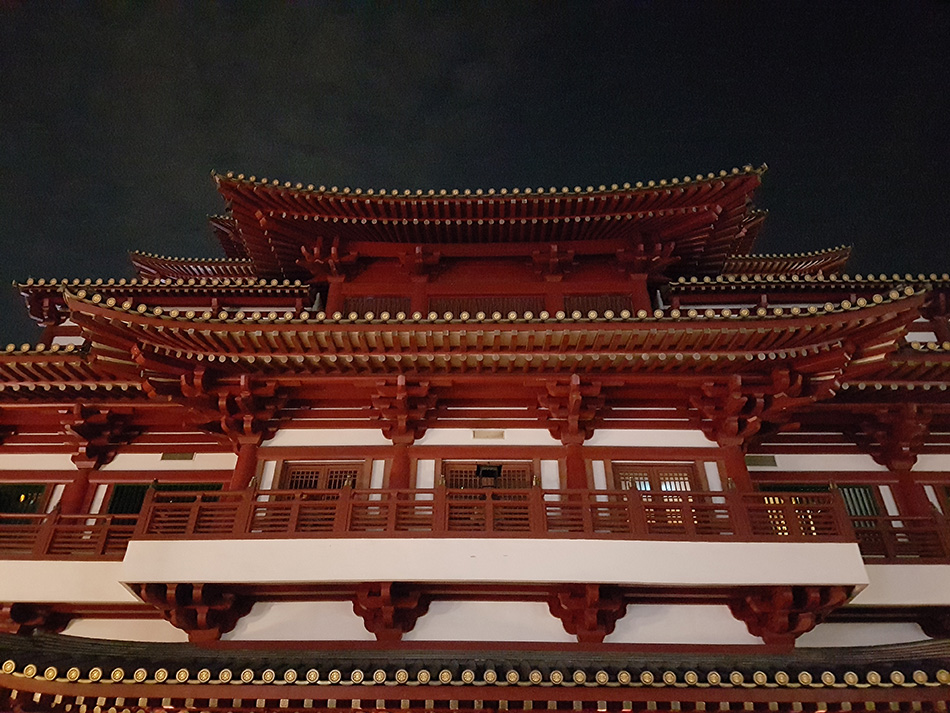 Low light was a low point for the iPhone 6s Plus’ camera, and I wished the iPhone 7 Plus does better. But in the darkness, it mostly repeats the same sins.

The 7 Plus manages to capture images with more detail in low light than the 6s Plus, but the Samsung Galaxy S7 still takes photos with the most detail in low light. The S7 delivers truer colors, while the 7 Plus’ colors tend to wash out. And the 7 Plus still takes photos at dangerously low shutter speeds. It’s a credit to Apple’s excellent optical image stabilization (OIS) technology that images still turn out sharp, but the margin for error is slim, and if your subjects move, the shot will be blurry anyway.

In the following example, the S7’s shot captures the gold pedestal in low light most accurately. In the shots from the 6s Plus and the 7 Plus, the gold has lust its luster. 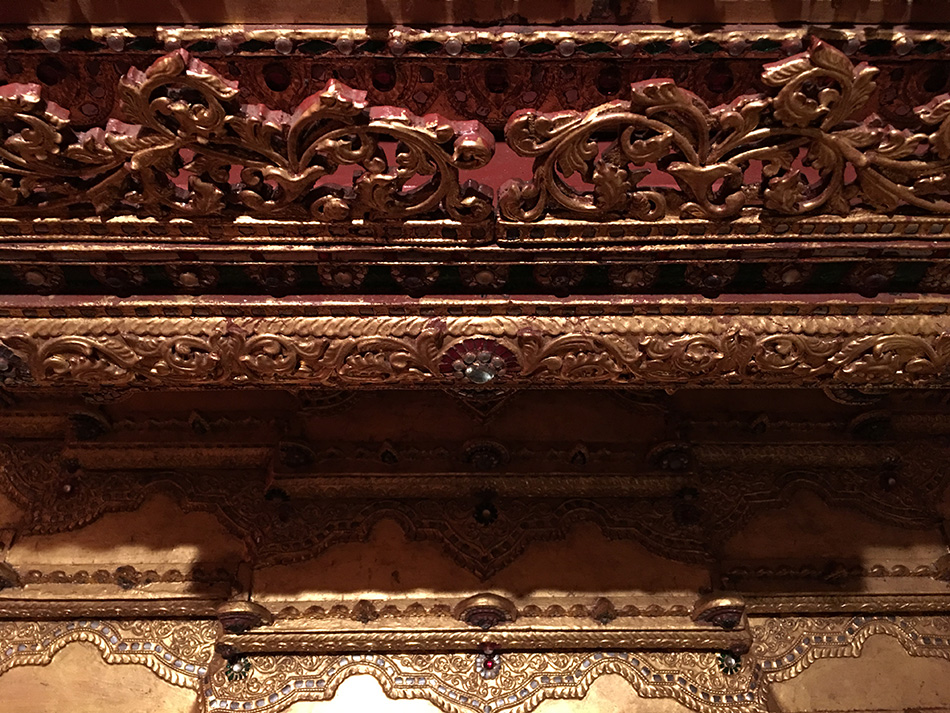 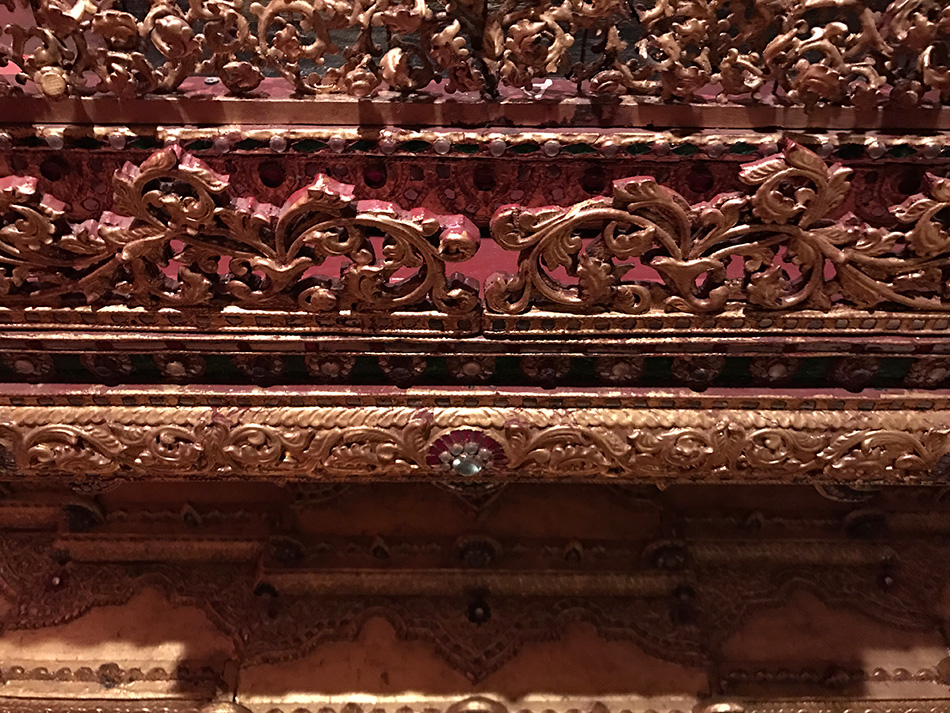 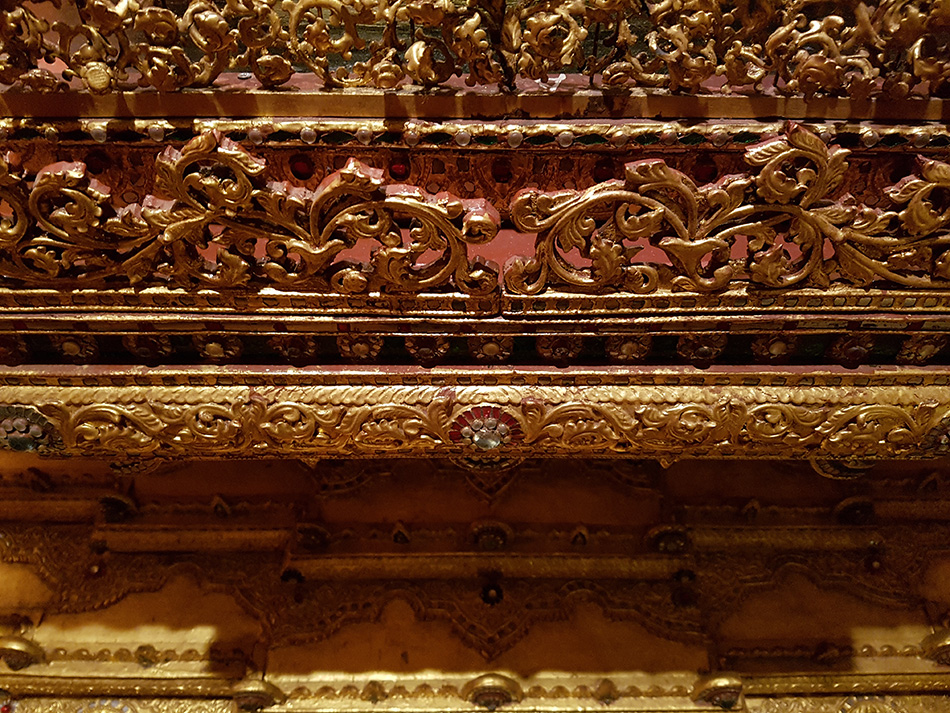 In this high ISO images, the 7 Plus, at ISO 1,000, has subdued the red colors, softened the image and reduced the symbols within the round pegs to a flat circle. The S7’s photo, at ISO 1,600, has more image noise, but it manages to retain the vivid red exterior and has sharper outlines. 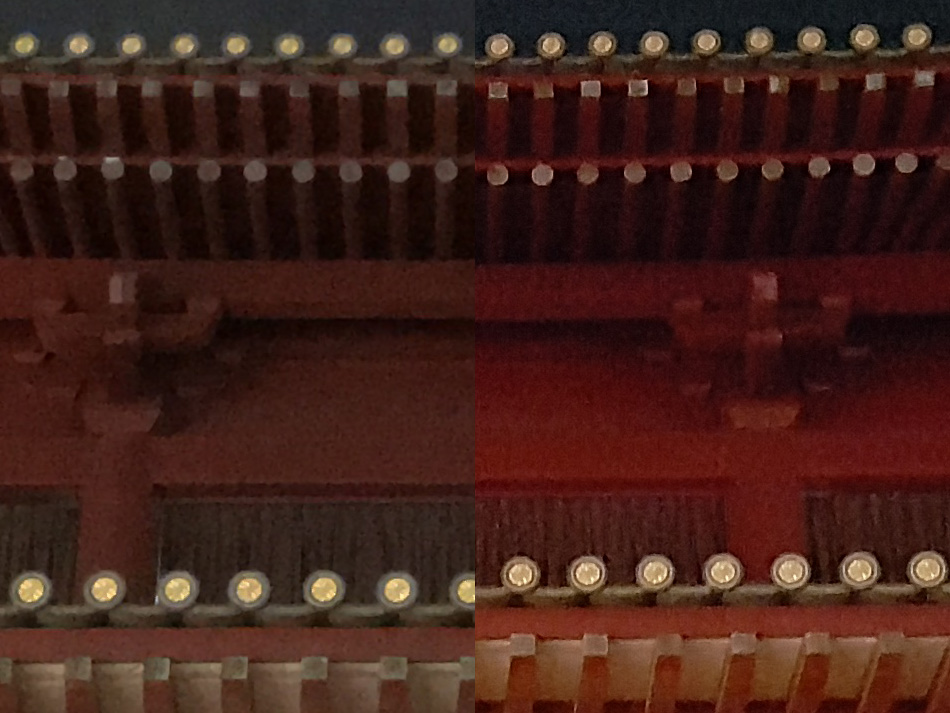 The iPhone 7 Plus is sneakily swapping images without you knowing

This is something I touched on in the previous page. I was confused why the images taken with the 56mm camera in low light looked much softer than their 28mm counterpart, until I checked the EXIF data. 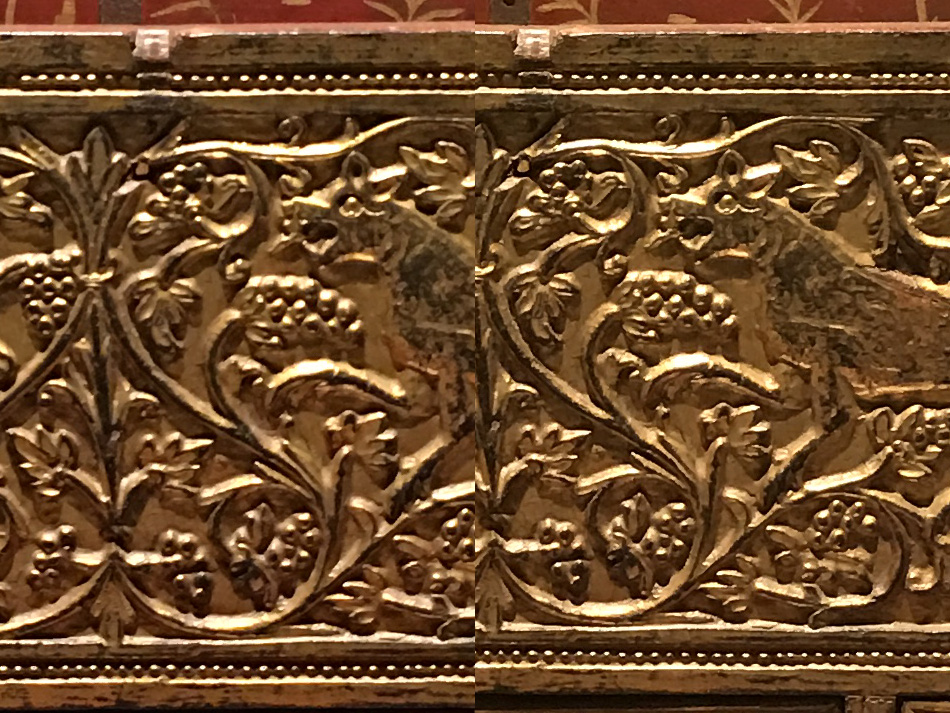 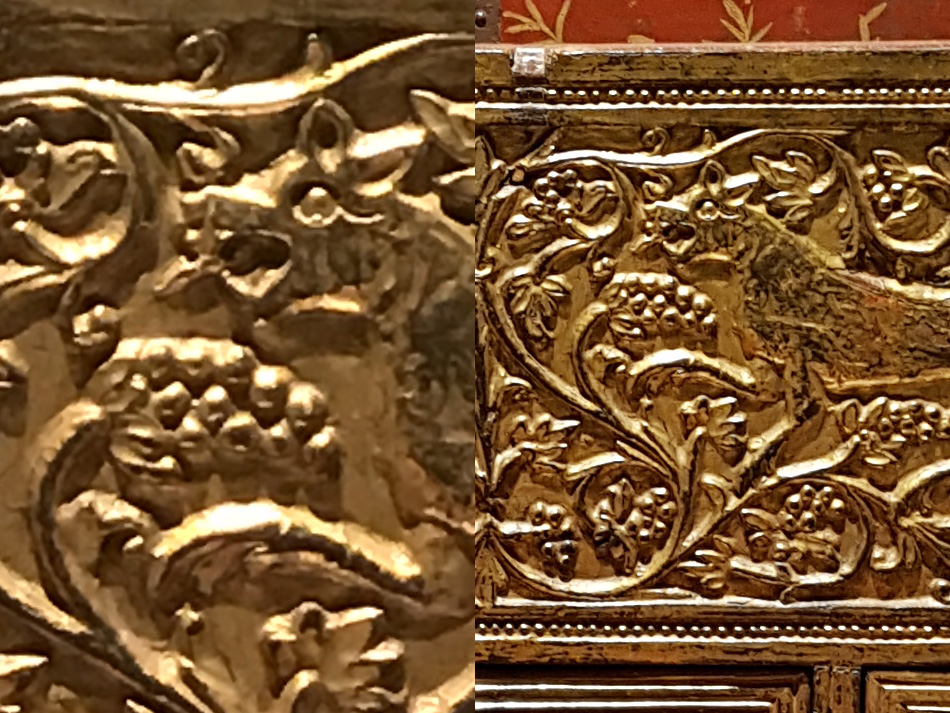 It turns out that in low light (and even in good light, especially for macro), the 7 Plus will disregard your command to shoot with the 56mm camera, and instead use a picture taken with the 28mm camera, crop it, enlarge that crop to 12MP, and present that to you as the 2x image.

The 7 Plus is probably doing that to minimize camera shake in low light and keep the ISO low. That’s because, unlike the 28mm camera, the 56mm camera doesn’t have optical image stabilization. Compared to the 28mm f/1.8 lens, the 56mm f/2.8 lens is slower, and would thus it would need to either increase the shutter speed or the ISO, both of which seem to be anathema to Apple.

Automatically swapping out a shaky and noisy image for a stable and smoother one, albeit one with fewer details, is a smart move for most users, who might not even notice the difference. But it’s infuriating for others (like myself), who expect a camera to do what it says it’s doing, not substitute a shot in the background without my knowledge. 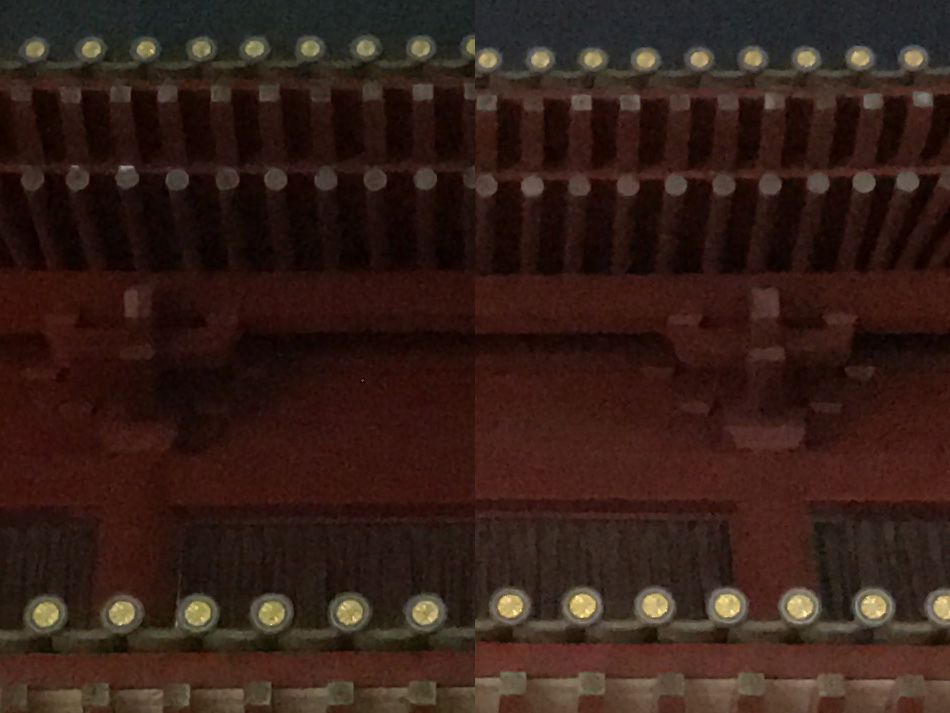 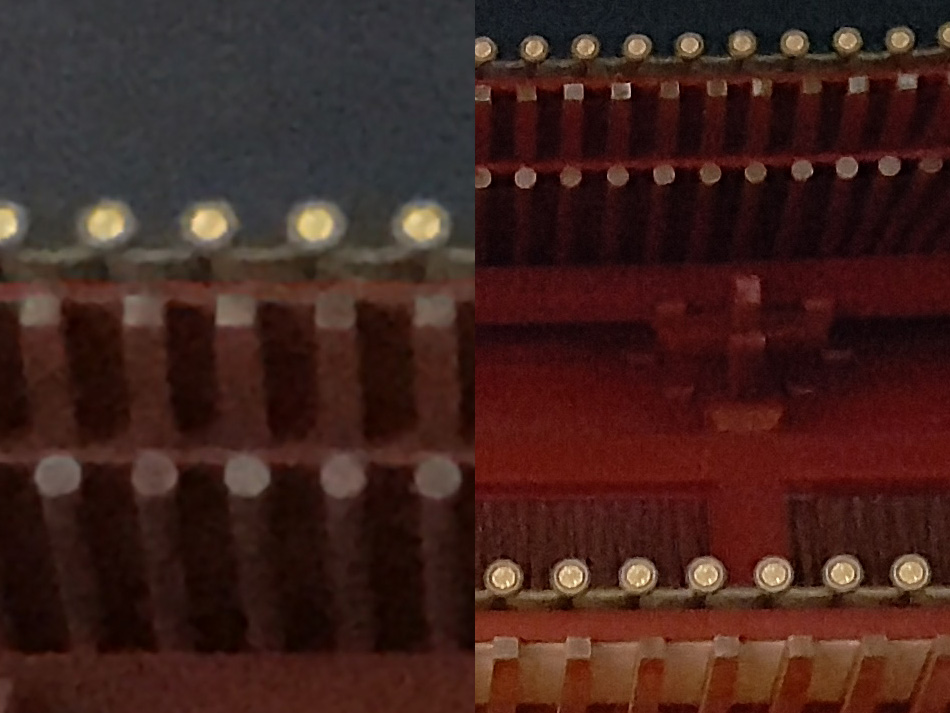