An in-depth look at the Huawei P9 smartphone's imaging system

An in-depth look at the Huawei P9’s imaging system There’s been a lot of talk about the camera unit on the Huawei P9, especially since it’s been largely advertised as being "co-engineered by Leica". That’s perhaps prompted a large amount of undue expectation on the camera unit as some early reviews were quite happy to jump the gun and call the camera “garbage”.

Call it the cost of tying up with a giant in the camera world perhaps. However, read the quoted article and you’ll find that the reviewer actually felt that “Huawei P9 put up a good fight, nearly tying with Samsung in the daylight, portrait and selfie rounds”. So how exactly does the phone with dual cameras perform? We got our hands on a unit following the official launch in Bali, and duly put it through our testing to find out. 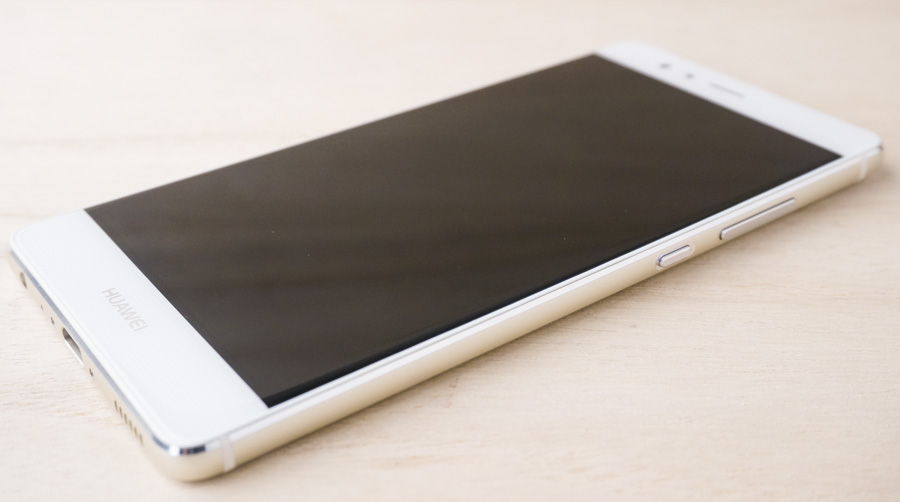 As we mentioned in our first looks here, the Huawei P9 is extremely slim at just 6.95mm, and that’s accentuated even further by the fact that both cameras are flush with the body. Overall the P9 measures 145 x 70.9 x 6.95 mm, and weighs just 144g, so it will sit nicely in your pocket. The 5.2-inch Full HD 1080p (1,920 x 1,080 pixels resolution) screen isn't anywhere near the Xperia Z5 Premium that packs a 4K screen, but it certainly offers plenty enough resolution (423 ppi) for most purposes.

While the design isn’t the most unique by far, the rounded edges of the P9 make it easy to grip. That’s important for stability, and further to that point, the P9 offers three different ways of triggering the shutter. You can either use the on-screen button, the volume down button, or set the fingerprint sensor to take a picture when it reads your finger when the phone is in camera mode.

That last option works better than we thought it would, as the placement of the fingerprint sensor is just high enough to reach for comfortably. The ridges of the sensor make it easy to find by feel, and this allows you to get a good grip on the phone with your entire hand. It does take a bit of time to read your finger though, so this option probably doesn’t work that well for quick snaps.  However, the fact that the P9 offers three different ways of triggering the shutter means that you should always be able to find a way to stabilize the phone and take a picture, which can sometimes be difficult with smartphones. 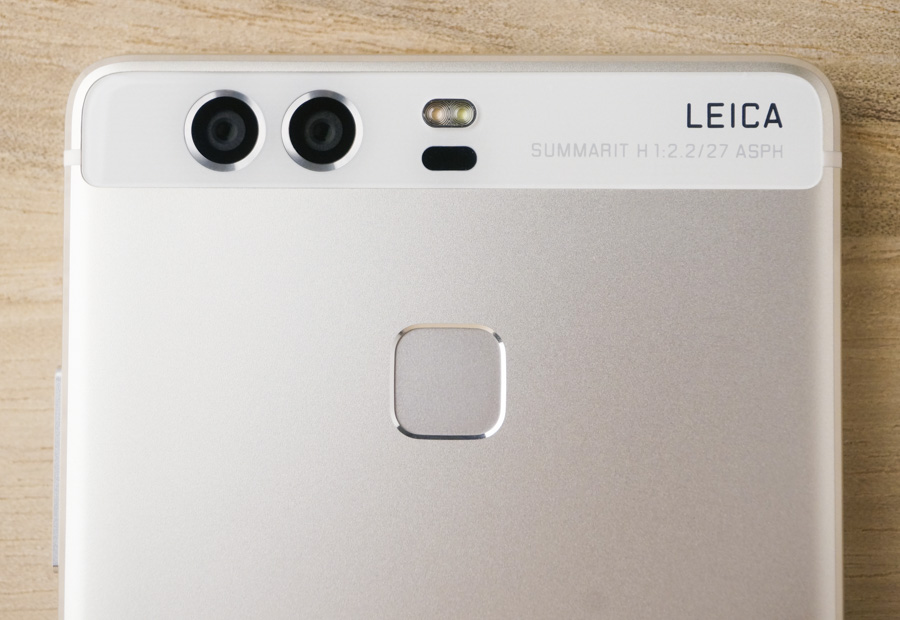 In terms of specifications, the Huawei P9 is powered by their own 64-bit Octa-core (four 2.5GHz A72 + four 1.8GHz A53 ARM based cores) Kirin 955 processor and comes with 3GB RAM and 32GB of onboard storage by default. It supports Global Dual Sim, but one of the SIM slots is also used as the microSD slot, so you’ll probably have to choose between connectivity and memory expansion options.

Both the main cameras have 12MP sensors, and feature 27mm f/2.2 lenses. These have been given the Summarit ASPH designation by Leica which means the lens contains at least one aspherical lens, and has an aperture of about f/2.5. Meanwhile, the front camera has an f/2.4 lens, and 8MP resolution, which should be plenty for selfies. Finally, there’s a Dual-Tone flash right beside the front cameras, and this can be set to work as a fill light too. 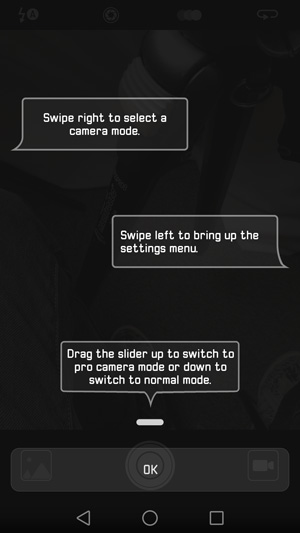 Moving on to the camera app, the first thing that catches you is how the fonts and icons pretty much spell Leica. If you take a look at the interface shots from our hands-on with the Leica T here, you’ll get exactly what we mean.

The first time you start the app, it takes you through the basics of the interface, which consists of three parts. Swiping right from the left gets you a list of camera modes – of which there are plenty- and swiping left from the right side brings up all the settings, which are numerous too.

As you can see from the screen captures below, the Huawei P9 has no less than 14 shooting modes that you can put it in, with the more unique ones being light painting, watermark and of course beauty video mode.  Light painting essentially puts the camera in long exposure mode with slight adjustments applied to accentuate the intended mode. 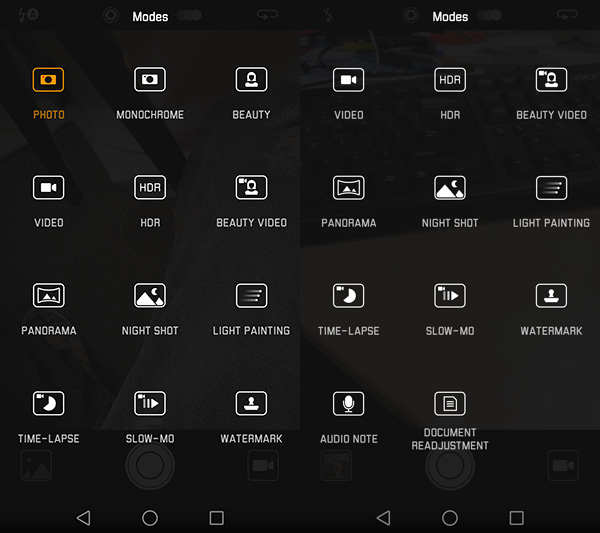 The settings panel pulls up a bunch of helpful features you can enable, like the assistive grid, horizontal level, and also film modes, which give you a choice between Standard, Vivid colors, and Smooth colors. There’s also the option to capture to RAW (in Adobe .dng format), but that only appears when you slide up in the camera to activate PRO mode.

That allows you to adjust your metering mode, ISO sensitivity, shutter speed, focusing mode and white balance. There’s also an option to add in EV compensation which means that, other than setting the aperture value, practically every camera control is up for adjustment from a single screen. 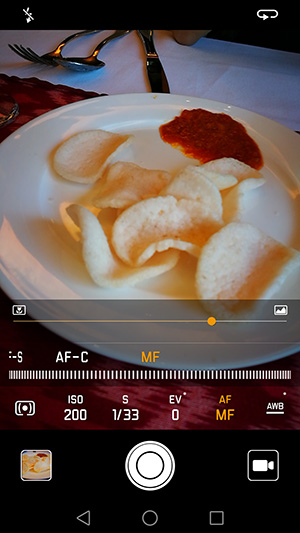 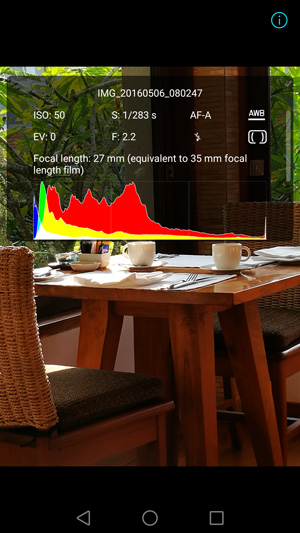 Photo settings with a twist 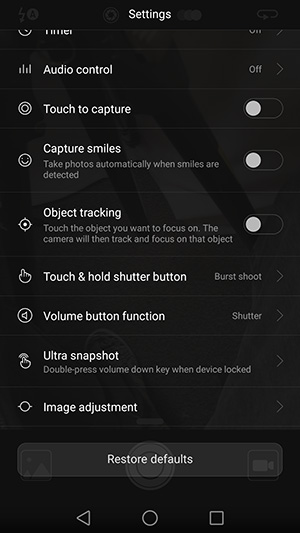 Personally we thought the more interesting settings were towards the bottom of the list – where you’ll find the option for Audio control (Saying “Cheese” snaps the photo), Capture smiles (takes the photo when it detects smiles), Object tracking, and Ultra snapshot. Ultra snapshot is basically a universal short cut that you can set to activate the camera and take a shot even when the screen is locked, simply by double-pressing the volume down key. This can be turned off or set to just open the camera app, but allows you the option to take a photo almost immediately; without having the delay of first having to open an app or even unlock the screen.

The volume button can be configured to act as a shutter, activate (digital) zoom or to adjust focus, allowing you to affect more camera settings by physical controls. There certainly is no shortage of DSLR-style camera options as far as the app goes, and in general they work as advertised, though obviously you can’t expect the same level of performance from a smartphone given the difference in processing power and sensor capability.