A decade-long of LCD TV advancements 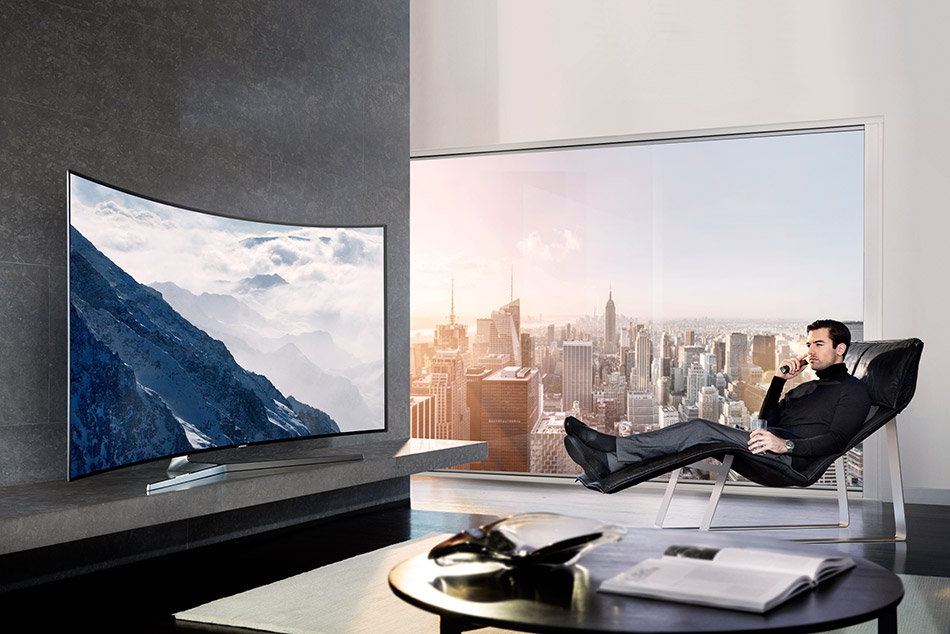 In the early 60s, television makers already had this dream of making a flatscreen TV that could be hung on a wall. Liquid crystal substance was experimented early on, but technological and cost hurdles meant it could only be used on smaller devices, like calculators and computer monitors.

But continued research and improvements meant LCD’s time for large screen TVs did come in the late 90s and early 2000s. In fact, by 2005, all major TV makers had recognized that LCD is the future, and made huge investments to convert their CRT TV sales to LCD TV sales. In 2007, LCD TV sales surpassed its CRT-based brethren for the first time, and as the saying goes, the rest is history.

By far the most popular and widely sold TV display type, the rise of LCD TVs also coincided with the rise of Samsung in the TV market. In the roughly 10 years since the ‘giant’ 32-inch Samsung Bordeaux R7 and Bordeaux R8 Plus, the Korean company has grown from strength to strength. In fact, with a 21% market share (in terms of units sold) in 2015, this is the 10th consecutive year that Samsung has topped the global TV market.

But the TV market is a tough market to be in - just ask the Japanese TV brands that had faded away in the last five years. To stand a chance of success, innovation is paramount. And for LCD-based TVs, we’ve come a long way.

Do you remember how back-breaking heavy and chunky LCD TVs were in the early years? That was because they used CCFL (cold cathode fluorescent) backlighting. But since 2009, LCD TV makers have adopted LED backlighting, which brings about benefits like a thinner display and reduced power consumption. And along the way, manufacturers realized that they could make these TVs even thinner if they were to reposition the LEDs from the back of the display to the rim, which is why we’ve LCD TVs no thicker than a finger today.

For ease of understanding and marketing purposes, most TV makers call these TVs ‘LED TVs’ - but to be technically accurate, I prefer calling them LED-backlit LCD TVs, or LED-LCD TVs for short.

Here's a video from Samsung showing the progress of its own TVs throughout the years:

Perhaps there’s a case to be made that TV tech has gone cold since. Sure, there were a lot of buzz when 3D and smart TVs first appeared on stage in trade shows like CES, but that excitement didn’t exactly last very long.

But that should change with 4K. To be more specific, 4K as we understand it today.

You see, when TV makers first wheeled out their 4K or UHD (ultra-high-definition) sets about four years ago, their only selling point was the 3,840 x 2,160-pixel resolution. True, that’s a whole lot more pixels than 1080p for creating sharper and more detailed pictures; but with 4K standards not clearly defined and 4K content severely lacking, there was no good reason at the time to jump into the new format.

But the industry learned fast. In 2015, several studios, content companies, and TV makers (including Samsung) got together to form the UHD Alliance, with the aim to standardize the 4K UHD experience for the home. I remember thinking then that it’d surely take several years for these big companies to agree with one another on what defines next-gen video - but boy, am I glad to be proven wrong. Because in just a span of a year, the UHDA has agreed on the specs and introduced at CES 2016 an Ultra HD Premium logo to identify devices, content, and services capable of delivering premium 4K experience.

Along with the arrival of Ultra HD Blu-ray discs and players, and the commitment from services like Netflix and Amazon to stream in 4K, 2016 is, in my books at least, the first real good time to get a 4K UHD TV.

Next up: Samsung's SUHD TVs

In case you missed it, Samsung very recently launched its 2016 4K UHD TV models, which arrived at retailers almost immediately.

Of the 11 new 4K UHD TVs, eight are what Samsung calls ‘SUHD’ TVs. A term introduced by the Korean company in 2015, there’s no official word on what the ‘S’ in ‘SUHD’ stands for. Samsung says you can define it anyway you want: ‘Stunning’, ‘Supreme’, ‘Scintillating’. But one thing is for sure: these SUHD TVs are the best TVs Samsung has; they offer the most premium build quality, the latest features, and the highest picture quality.

In the following page, I'll explain some of the key features of these SUHD TVs.