Chase away those Monday blues with some new gadgets and toys!

Nintendo Switch with Legend of Zelda: Breath of the Wild 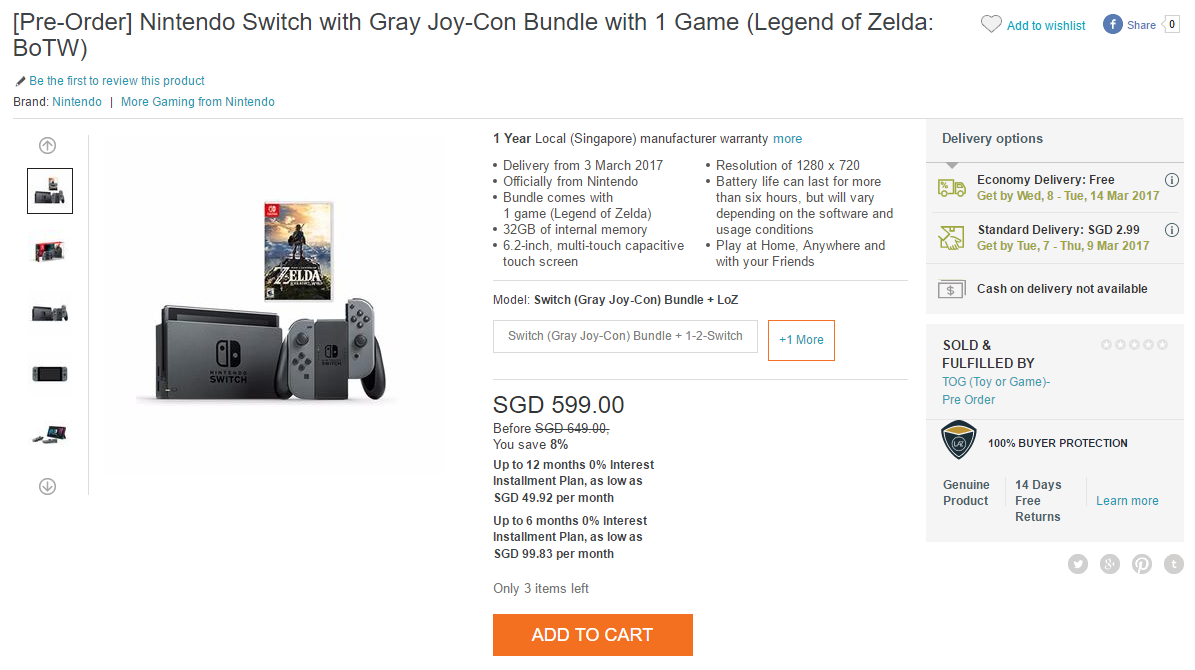 Nintendo's new console is getting rave reviews thanks mostly to early game-of-the-year contender Legend of Zelda: Breath of the Wild. RRP for the Switch with a game bundle is S$699, with Qisahn selling it at S$649, but you can get a local version with 1-year manufacturer's warranty off Lazada for just S$599!

Update: As of 3PM, the Lazada deal has sold out. The next best deal we've found is the same bundle on Shopee for $619. 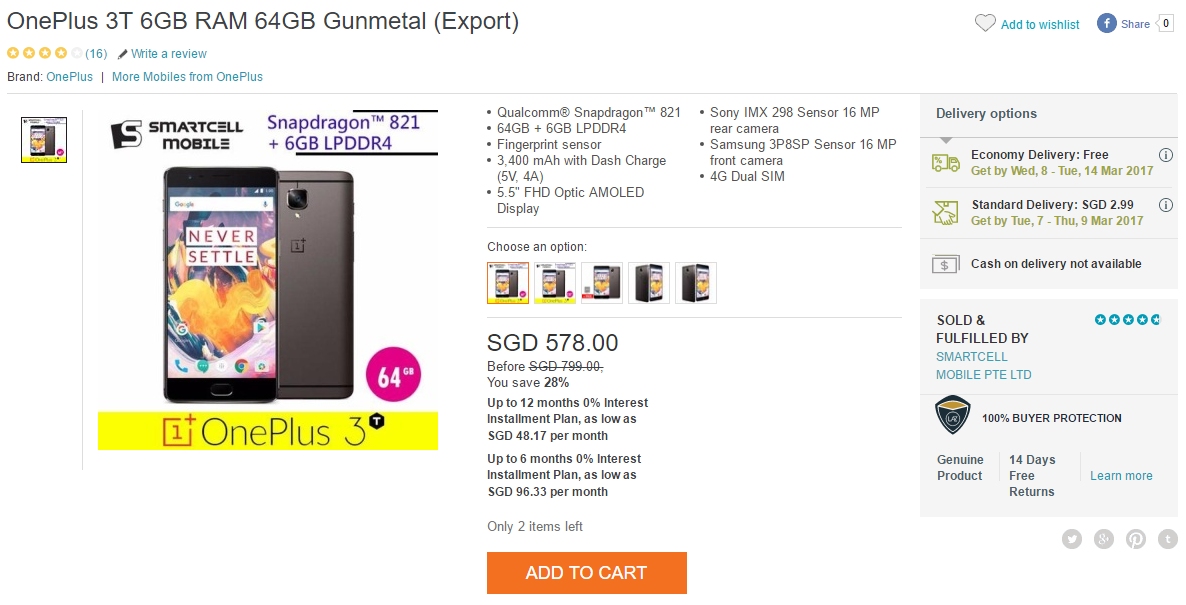 The OnePlus 3T is an updated version of the OnePlus 3 with a more powerful Qualcomm Snapdragon 821 processor, a bigger battery, and an upgraded 16-megapixel front camera. This is the best price we've ever seen on the 64GB version, which usually retails for closer to S$700! In fact, this price is even cheaper than what the 32GB version usually goes for (around S$599)

For more information on the OnePlus 3T, read our review here!

Samsung's A series smartphones are some of the best bargains around, with this year's models boasting a premium metal and glass build, IP68 dust and water resistance and a Full HD always-on Super AMOLED display. You also get front and rear 16-megapixel cameras and an octa-core Samsung Exynos 7880 processor.

The A5 is the easier to handle 5.2-inch display model, and usually retails for S$548, but you can get it on Shopee for just S$450 (and you also get a free Line Friends battery pack!)

For more information on the Galaxy A Series, read our review of the A7 here (exactly the same specs as the A5 but with a bigger display).