Chase away those Monday blues with some retail therapy.

The Xiaomi Mi 6 won't be available in Singapore for months, but you can get an export model from shopee right now! Powered by Qualcomm's flagship Snapdragon 835 processor (the same processor used on the US version of the Samsung Galaxy S8, as well as the Sony Xperia XZ Premium and HTC U11), the Mi6 also has a 5.15-inch Full HD display, 12-megapixel dual rear cameras, and a four-sided glass and metal "splash resistant" build. Get one from shopee.com for S$722.

For more information on the Xiaomi Mi 6, read this. 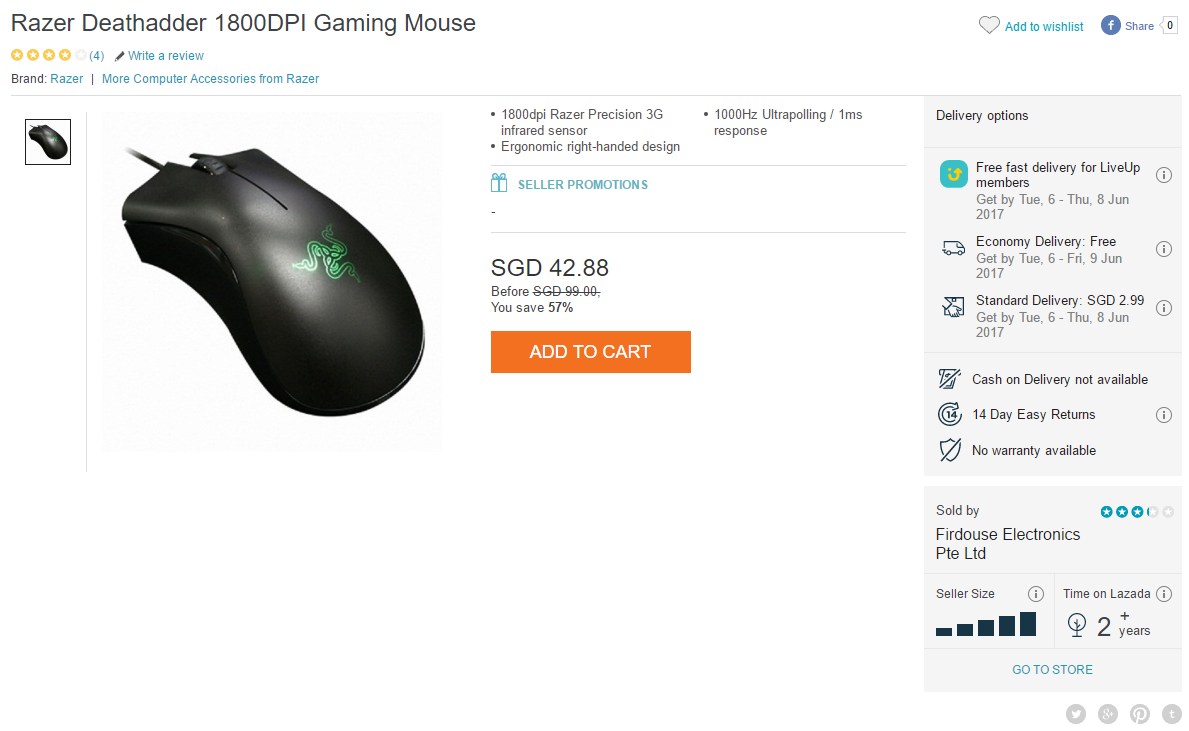 The Razer Deathadder is one of the most popular competitive gaming mice around. This is one of the older Deathadder models with an Avago S3668 sensor, which some people say is actually better than the newer Deathadders. The sensor has no prediction, angle snapping or acceleration across its 100-1,800 DPI range and tracks flawlessly. One of the only drawbacks to the Deathadder is its steep price; it usually retails for S$99.90, but you can grab one today on Lazada for just S$42.88!

For more information on the Razer Deathadder Chroma, check out our competitive FPS gaming mouse shootout. 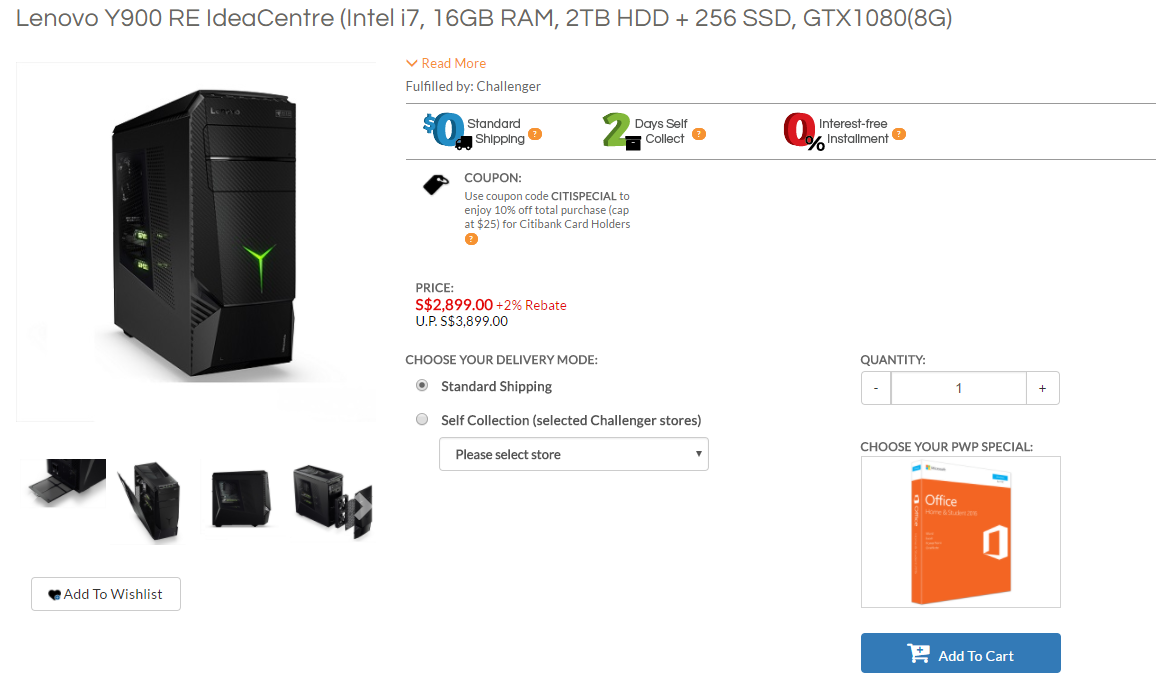 This monster gaming rig has absolutely everything you need with an Intel Core I7-6700K processor, NVIDIA GeForce GTX1080 (8GB GDDR5) GPU, 16GB RAM, a 2TB 7200RPM HDD and 256GB SSD. You also get a bundled Razer Blackwidow Chroma mechanical keyboard and Razer Mamba Chroma Tournament Edition mouse. Even the custom case is fully compatible with Razer's RGB chroma lighting. This rig usually goes for S$3,899 but it's on hachi.tech today for S$2,899 +2% rebate. Citibank card holders can take an extra S$25 off with the coupon code: CITISPECIAL. 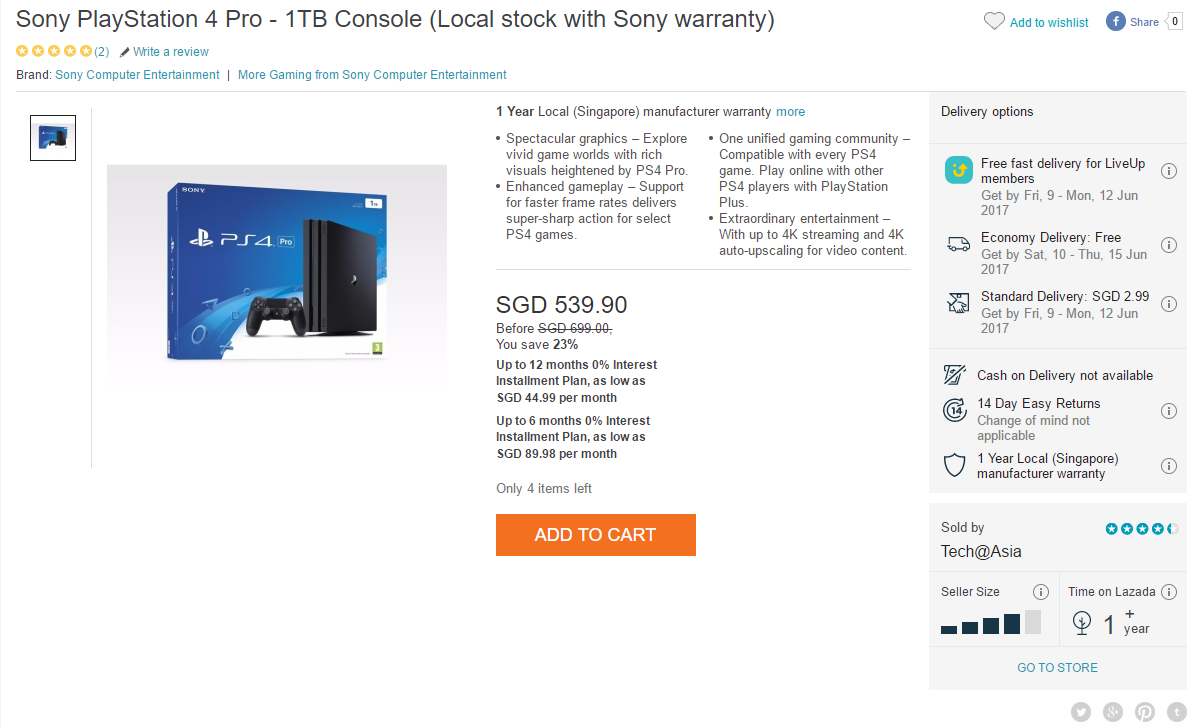 After being out of stock everywhere for months, Sony's PS4 Pro is finally available again. Retail price is S$599 but you can get this local model with 1 year local Sony warranty from Lazada for S$539.90!