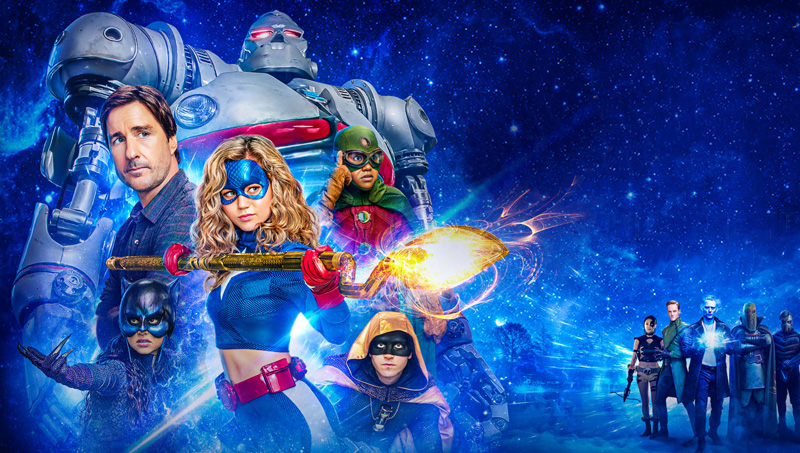 It warms my heart that we’re still getting so many new superhero shows year after year. Not just from popular properties like Daredevil, The Flash and Titans either - but lesser-known ones like Runaways, Doom Patrol and… Stargirl. Stargirl is exactly the kind of superhero show I’m craving these days - a lighthearted, fun-filled and proudly campy series with a naively optimistic and hopelessly inexperienced lead.

It’s better than Titans, at the very least.

Behold, the Justice Society of America 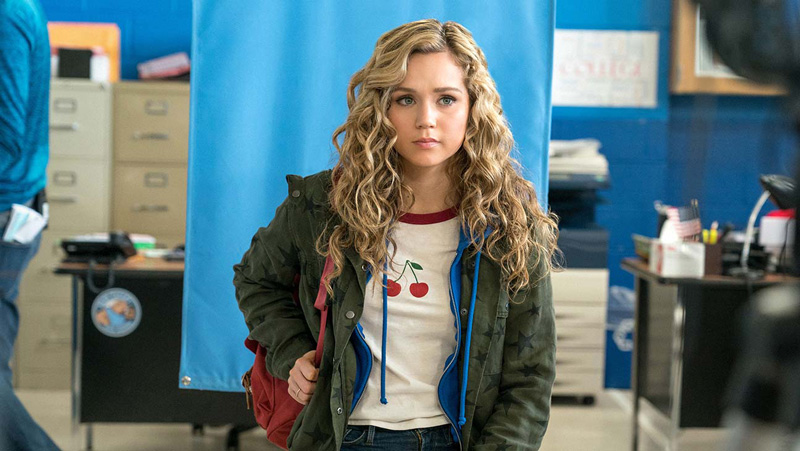 The series opens by introducing you to the Justice Society of America (JSA) - a team of superheroes that predates the Justice League by entire decades. The JSA includes the original versions of many superheroes you love today - such as Jay Garrick’s The Flash and Alan Scott’s Green Lantern. Filling out their ranks are other super-powered individuals you probably haven’t heard of - such as Doctor Mid-Nite, Hourman, Wildcat and Starman.

I’m a huge fan of Joel McHale from his Community days, but I wasn’t terribly confident in his casting as Starman. To my surprise, he actually plays the role convincingly - even if he does die in the show’s opening minutes. That is exactly how the show begins: with the Injustice Society (a team of conniving villains) brutally murdering every single member of the JSA. Last on their list is Starman, who is finished off by Icicle - but not before he gives his partner Pat Dugan the Cosmic Staff, a strange and powerful weapon with a mind of its own.

10 years pass, and the world has all but forgotten about the JSA - which seems a little implausible. You’d think that a team of superpowered heroes would find their way into the pages of a history textbook, but that doesn’t seem to be the case. Courtney Whitmore’s entire life is uprooted when her stepfather - the aforementioned Pat Dugan - moves the whole family over to idyllic, sunshine-filled Blue Valley. After a bad day at school, she stumbles onto the Cosmic Staff, which takes a liking to her. One reluctant explanation from Pat about the oh-so-mysterious JSA later, she comes to believe that Starman was her dad.

Seems like an odd dot to connect, but we’ll roll with it. 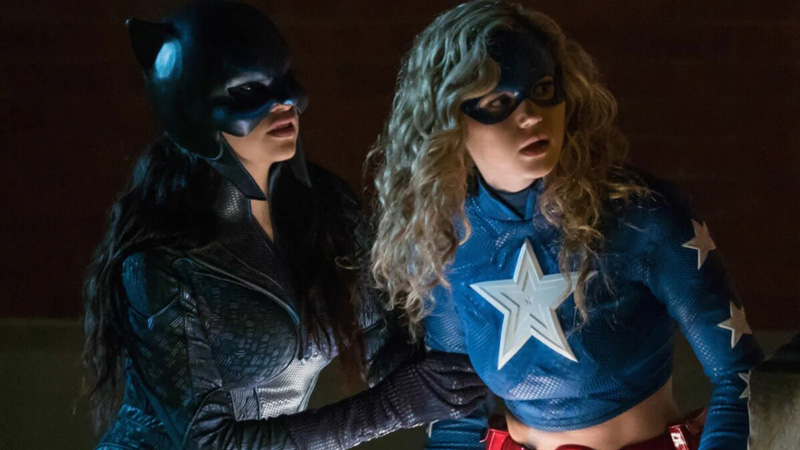 We’re really far off from the days of Smallville-like superhero fare, that’s for sure. For a long time, the closest we got to Superman’s suit was Clark zipping up a red leather jacket, and the closest the show could get to a Doomsday fight was… this monstrosity. On the flip side of that is Stargirl, a superhero show with mind-boggling production value. The pilot alone had enough movie-like CG work to make me question how the series was approved in the first place.

The show opens with a really impressive fight scene (or rather, death scene) between the JSA and the Injustice Society - and I was particularly taken with its version of Solomon Grundy. He’s a massive Hulk-like grey zombie just like the comics, which is a pretty big departure from his depiction in Gotham. You even have Pat’s 15-foot titanic robot S.T.R.I.P.E.S. that he takes into battle, and that thing looks incredible in a TV show of this calibre.

It’s great to see superhero shows step things up a bit - especially before the tidal wave of big-budget Marvel shows hit later this year. It makes Stargirl stand out from the crowd - a superhero series with the budget to back up its ambitious premise. That’s a good thing, because the rest of this show is disappointingly derivative.

If only this show’s writing was up to par 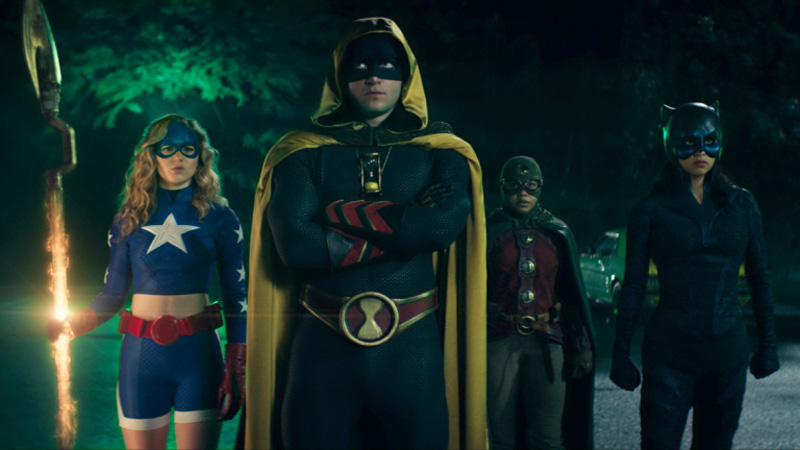 Stargirl might have a delightfully comicbook-y premise with high production values, but it simply doesn’t have good enough writing to push the show from good to great. The first few episodes are really slow, clumsily introducing you to several soon-to-be-relevant characters scattered around Blue Valley. However, it fails to endear us to these characters or throw interesting enough plotlines into the mix from the get-go, leaving us with little reason to keep watching other than the faint hope of, “Maybe it gets better later?”

Some of these problems actually do get fixed as the show goes on. The first three episodes largely serve to introduce Courtney to the shadowy villains of the story - the Injustice Society, who are close to pulling off an undoubtedly evil scheme in Blue Valley. From episode four onwards, Courtney decides to split off from Pat and do her own thing to combat these villains. Her plan? Recruit other schoolmates to form a reborn Justice Society of America. 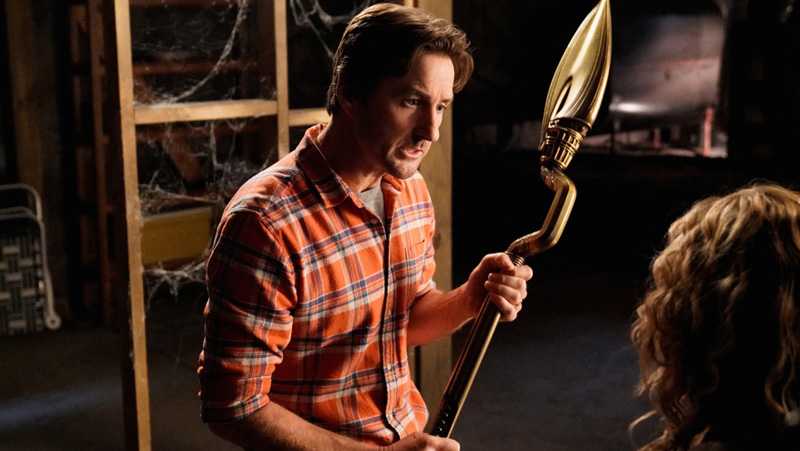 From this point on, the show gets drastically more interesting. Character dialogue and individual plotlines don’t get any less cheesy and derivative, but we do get to meet some interesting characters in the new JSA. Yolanda Montez is seen as an outcast both in school and at home, so she dons Wildcat’s old costume and embraces her new powers to feel free again. The former Hourman’s son Rick Tyler decides to take revenge against his father’s killers, and Beth Chapel straight up steals Dr. Mid-Nite’s goggles. Come on, Beth.

These new episodes are far more interesting, because we finally start seeing Blue Valley and its villains through a different lens than Courtney’s. The would-be Stargirl has very little personality to make her stand out from the bunch, other than a plucky (and dare I say, stupid) drive to get justice for Starman. Comparitively, Yolanda and Rick are much more interesting characters in just the few episodes we get to know them. 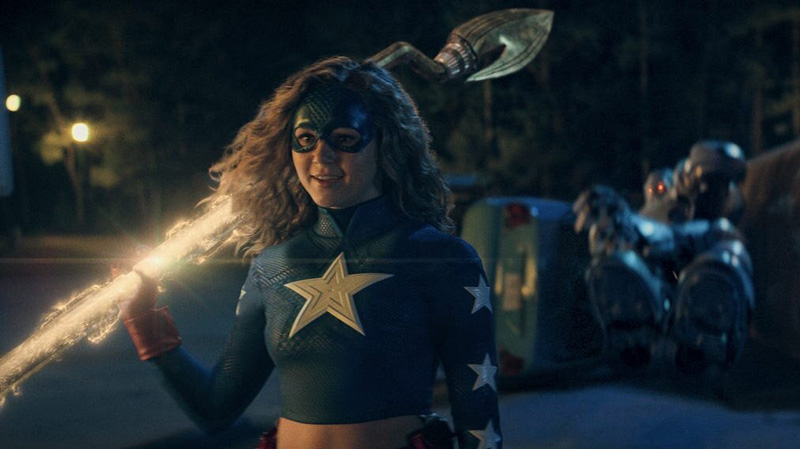 Stargirl will rarely surprise you. You’ve seen all this highschool drama before elsewhere, and you’ve certainly seen this level of high-stakes supervillainy in a half dozen other superhero shows. Fortunately, all this cheesiness is made up for by the show’s optimistic, lighthearted tone. It’s a lot of fun to have a DC superhero show that isn’t overly concerned with grimness and grit.

There’s a lot of potential in this series. I could see myself falling in love with this new JSA - in fact, I’m halfway there already. I anticipate many big-budget action setpieces to be wowed by, and many more doses of DC Comics’ Golden Age nostalgia. For now, though? This show just needs a bit more heart - particularly in its lead character.