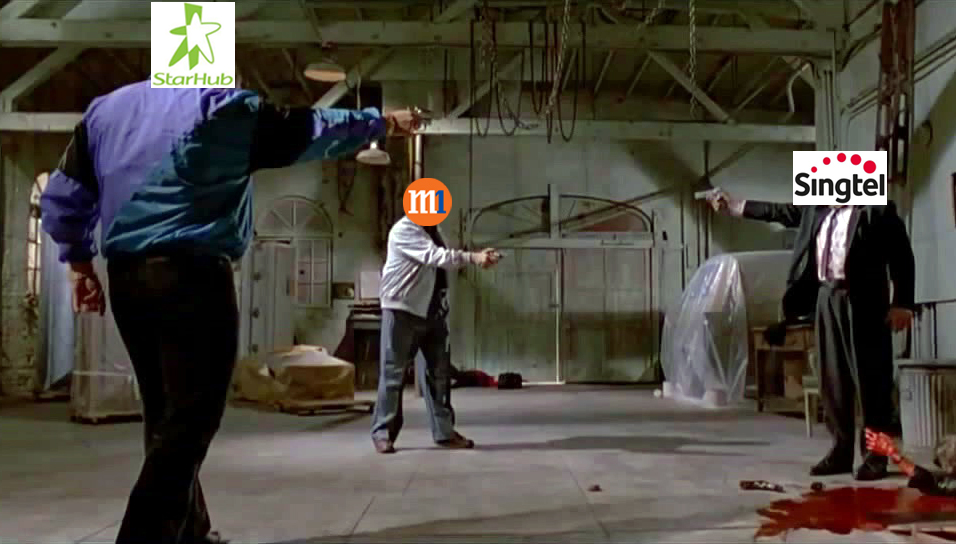 Begun the Data War has

This week, all three telcos announced add-on options for new and re-contracting subscribers to increase the amount of data in their mobile plans.

Finally, StarHub announced 3GB-for-$3, which simply adds 3GB data to your current plan for S$3. However, the S$3 price is only valid for new or re-contracting subscribers that sign a 24-month contract before 1st April. After 1st April, the price will increase to S$6/month.

Unfortunately, for all three telcos, the new add-on options do nothing for existing subscribers as they are only available for new and re-contracting customers. Additionally, none of the add-ons are eligible for the lowest-tier value plans.

It wasn't too long ago that all three telcos were offering 12GB data with their basic plans. When 4G LTE came about, those plans were swiftly replaced with today's 2 and 3GB data plans, so why are the telcos now once again offering affordable data? The answer could be the looming threat of MyRepublic. The fiber broadband provider is currently bidding to become Singapore's 4th telco, and if successful, is planning to shake up the telco space by promising, amongst other things, an unlimited mobile data plan for $80/month (or $60 if you also subscribe to their fiber services).

As such, you can probably look at these new data add-ons as ways for the three existing telcos to lock down customers into 24-month plans before MyRepublic has the chance to entice them away.

Our suggestion is to wait and see what MyRepublic offers before signing a new contract. It's possible that MyRepublic will offer even better data plans (right now they only have two plans previewed, but expect more options when they launch), and even if you do decide to stick to your current telco, expect them to revise their offerings once again to battle MyRepublic.

Having said that, if you really can't wait for MyRepublic, the new data add-on plans are actually not bad. Let's take a closer look to see who's offering the most data for your dollar:

In the Basic Tier StarHub's 3GB-for-$3 scheme is quite attractive, giving you the most data for the lowest price. In fact, across all tiers, StarHub's 4G 3, even if you signup after 1st April at $6/month, offers the most data for your dollar. However, as the tiers increase in price, StarHub's flat 3GB extra becomes less and less attractive, and at the top-end Premium level, is dwarfed by the extra 12GB offered by M1 and Singtel.

M1 generally has the best data plans, offering as much extra data as Singtel, and also having 1GB more data in its base plan - all while its subscription plans are S$0.90 cheaper or more.