The NVIDIA GeForce GTX 780 Ti was announced in Montreal, Canada in early November this year. With just a "TI" moniker added to the top consumer graphics card from NVIDIA, most of us didn't think it would much more powerful than the existing GeForce GTX 780 - until we reviewed it. Our actual findings revealed that it had excellent performance that thoroughly sealed it as the best single GPU graphics card you can get. Part of the reason it excelled so well was because of its fully unlocked GK110 chip, with 2,880 CUDA cores and a new power balancing feature that better utilizes all power draw across it three power rails, thus enabling the card to hit new levels of power efficiency for a top tier graphics card and unmatched overclocking performance.

With so much going for just the reference design from NVIDIA, can add-in-board partners take things up a notch further? We test two such cards from ASUS and Gigabyte with custom cooling solutions to find out.

The ASUS card sports the DirectCU II custom cooling system, with CoolTech cooling technology. This cooling fan technology makes use of a CoolTech fan (which allows a wider angle of air flow dispersion), and a regular 80mm one to dissipate heat from fin-stack of the DirectCU II cooler. There are a total of five copper heatpipes that are in direct contact with the GPU of the ASUS card - four of which are a mix of 6mm and 8mm in diameter while the last one is thicker than usual at 10mm in diameter. 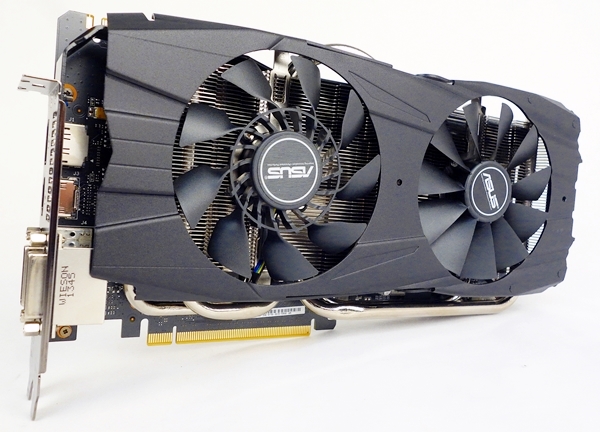 The card is also bundled with two sets of metal decals for you to customize, to a certain degree, the color scheme of the fan shroud. 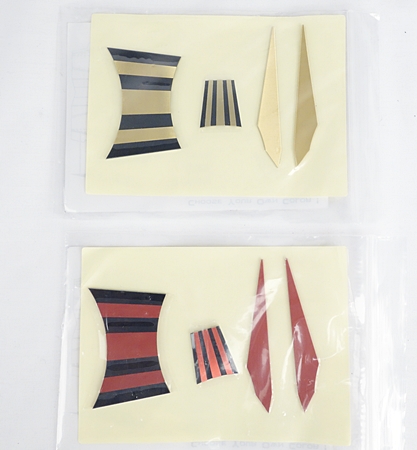 Each decal package has a easy to follow pictorial guide on where to place the decals. Alternatively, you could skip them if you prefer a 'Dark Knight' look for your card. 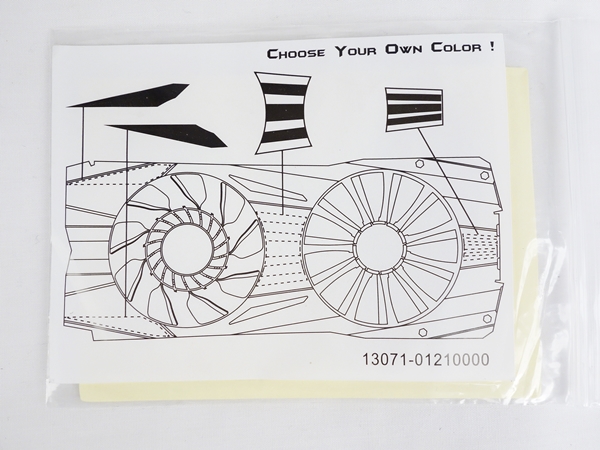 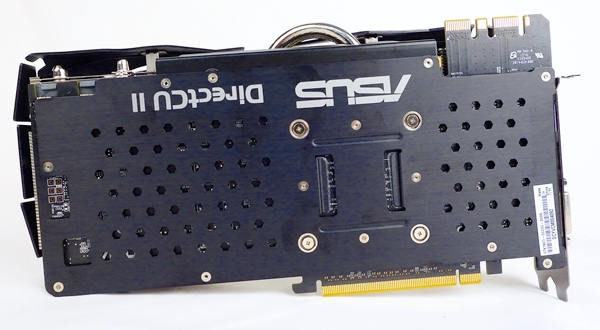 Besides this metal backplate, the card also features a VRM heatsink that cools the MOSFETs of the card. They are part of ASUS' proprietary Digi+ VRM digital power delivery design that also include Super Alloy Power capacitors and chokes. 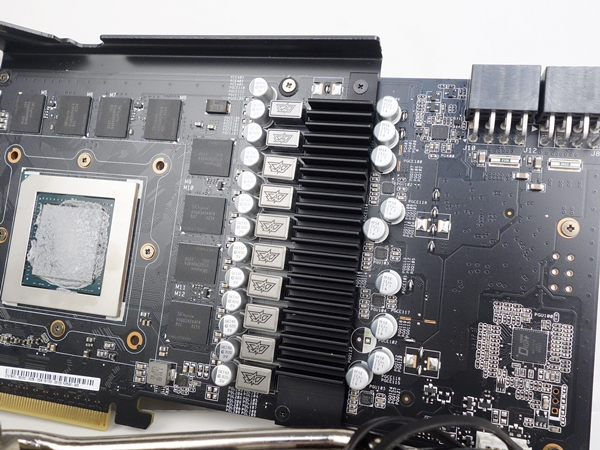 Another point to note about the card is the power connectors, the card features a pair of 8-pin Molex ones. In comparison, the reference GTX 780 Ti has a 6-pin, and a 8-pin Molex connectors. Perhaps the additional power provided will assist the card to achieve higher performance levels? We'll soon find out if this turns out to be the case in our performance testing section. The card has a 8 + 2 power phase design, with the GPU core fed with 8 phases, and 1-phase each for the graphics memory modules and the phase-locked loop (PLL) of the card’s board respectively. 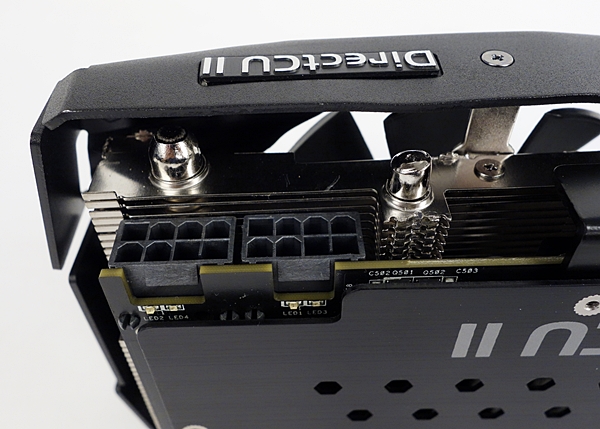 For its video ports, there are two dual-link DVI ports, one HDMI port and one DisplayPort output. The options are identical to the reference GTX 780 Ti card.

We had received news from the local ASUS office that this card has an SRP of S$1,119 and has been available in stores since 20 December 2013. On first impressions, we found its price rather exorbitant!

Gigabyte's take on the GTX 780 Ti card comes with the familiar Windforce 3x fan shroud. Compared to the chunky metal shroud of the ASUS card, the Windforce 3X looked rather lean. This card sports the new Windforce 3x 450W cooling system, which was first announced in Computex this year and has been often used in the top SKUs of its graphics card lineup. As its name implies, it features the usual triplet of cooling fans, coupled with the "Triangle Cool" technology, which is a special fin structure employed within the heatsink to reduce air turbulence and improve the cooler's efficiency. 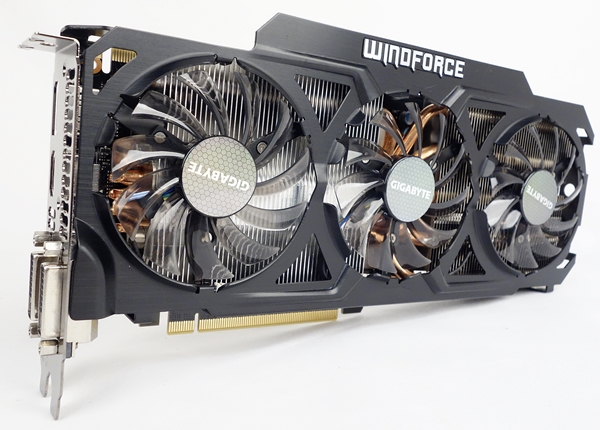 The cooling system also sports the same copper heatpipes and RAM heatsink for optimal cooling; as quoted by Gigabyte, "the entire system guarantees the heat dissipation capability to over 450W." Such cooling will definitely come in handy as the card comes with an overclocked GK110 core, rated at 1020MHz. This is an increment of 19% over the default 854MHz operating frequency of a reference GTX 780 Ti. Correspondingly, the boost speed of the Gigabyte card is rated at 1085MHz. Despite its rather heavily overclocked graphics core, its memory modules still operate at the default 7000MHz clock speed.

The card draws power from two Molex connectors; one 6-pin, and another 8-pin. Like the ASUS card, this Gigabyte's card too sports a 8 + 2 power phase VRM design; the overclocked GPU core draws 8 phases, and the memory modules and the PLL each draws one phase. 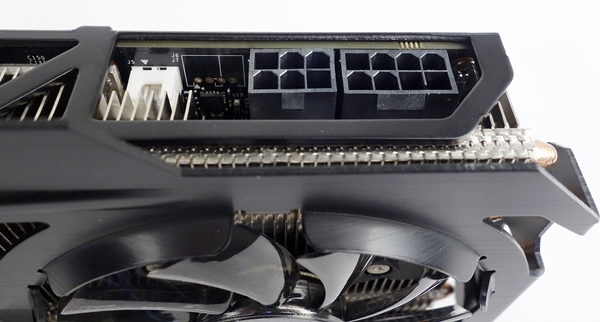 The rear of the card presents an exposed PCB, without any metal plate unlike its ASUS counterpart.

The video connectivity options are the same as the reference card; there are two DVI ports, one HDMI port and one DisplayPort output.

Below is the list of cards we'll be testing. For the reference GTX 780 card, we had to clock down the ASUS GeForce GTX 780 DirectCU II 3GB GDDR5 to the default operating values of the intended reference card. For the AMD Radeon HD 7970, the downclocked Sapphire Radeon HD 7970 OC 3GB GDDR5 was used. We also included the top-end AMD R9 290X "Hawaii" card, in order to have a gauge of its performance standings.

Note 1: In temperature and power consumption comparisons, the results used were from the data gathered from the actual reference cards. Please refer to our reviews for the NVIDIA GeForce GTX 780 Ti and AMD Radeon R9 cards.

With the detailed testing of the respective GPUs established prior, here's the distilled list of benchmarks that we'll be using for our assessment of the two custom cards:-

For our temperature and power consumption tests, 3DMark 2011 was used. At the same time, let's have a look at how the add-in cards stack up against the competitors.

Here's a look at how the NVIDIA GeForce GTX 780 Ti custom cards compare against the other cards: