Creative's Sound Blaster X-Fi audio solutions have prevailed for six years since its arrival in 2005. That's a laudable reign for one of the most sought after audio chip. Then again, we reckon it's also time for Creative to bring in a successor to bask in the spotlight. Announced at IFA Berlin three months ago, Creative's latest Recon3D series will now offer revitalized audio benefits powered by Creative's "quad-core" Sound Core3D chip. Dubbed the 'Quartet DSP', this multi-core sound and voice processor will feature four independent digital signal processor (DSP) cores similar to the former X-Fi series. Apparently, Sound Core3D also boasts of a high-quality HD audio decoder, 24-bit 102dB digital-to-analog converters (DACs), and 101dB analog-to-digital converters (ADCs) housed within a single 56-pin chipset. In other words, Creative has effectively reduced the footprint of its Sound Blaster board requirements with the arrival of the Sound Core3D audio workhorse. 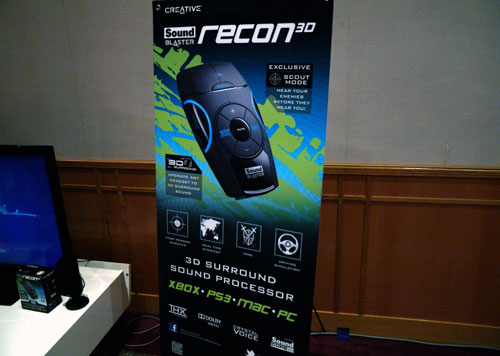 Moving on, at a Creative event held yesterday, we were treated to a showcase of their latest Recon3D peripherals and gaming headsets. The Recon3D suite will feature two main models: the external USB-based Recon3D designed for gaming consoles, or an alternative PCI Express (PCIe) version for desktop enthusiasts. Serious PC gamers can also opt for the Recon3D Fatal1ty Professional edition, as endorsed by Jonathan “Fatal1ty” Wendel. Notable hardware-accelerated features on the Recon3D series include Creative's CrystalVoice vocal optimization and THX TruStudio Pro hardware accelerators. A few newly-minted gaming headsets were highlighted as well, namely the Tactic3D Wrath, Recon3D Omega, and Tactic360 Sigma; of which the former two are 2.4GHz wireless models. It is apparent that Creative is focusing their marketing efforts on console gamers with their latest foray. Before we digress, however, here are the key takeaways from the event. 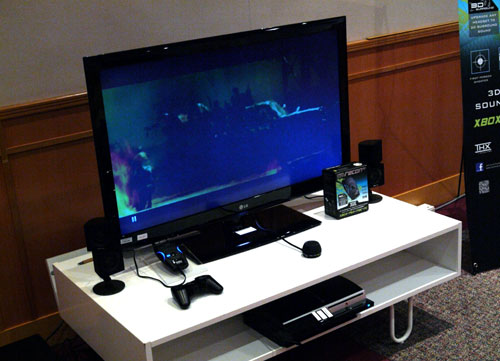 Fundamentally, the Sound Blaster Recon3D enables you to enjoy 3D surround sound enhancements on your headset without the need for an add-on internal sound card. Powered by the Sound Core3D audio processor, this USB-based portable device is said to be compatible with the PC, Mac, and consoles like the Sony PlayStation 3 and Microsoft Xbox 360. On top of that, users can look forward to surround-sound decoding such as Dolby Digital 5.1 and THX TruStudio Pro (including Pro Surround and Pro Dialog Plus). Audio is transmitted via the USB interface in PC Mode, although it is solely used as a power source when connected to the consoles. Gamers who thrive in first-person shooters will also appreciate the gadget's 'Scout Mode', which essentially gives you an extended and improved audible range during game play. Audio output on the Recon3D is limited to a lone 3.5mm jack, although it has a similar 3.5mm input which acts as an optical S/PDIF inlet as well. No additional software or drivers are required when pairing the Recon3D with the PC. It is only needed if you wish to fine-tune the gadget's configuration, like its THX settings, for example. 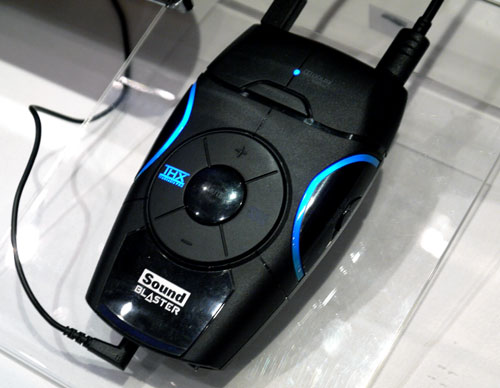 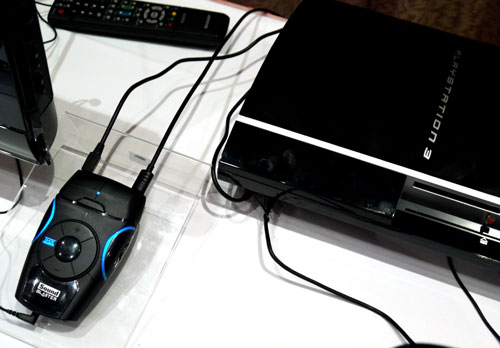 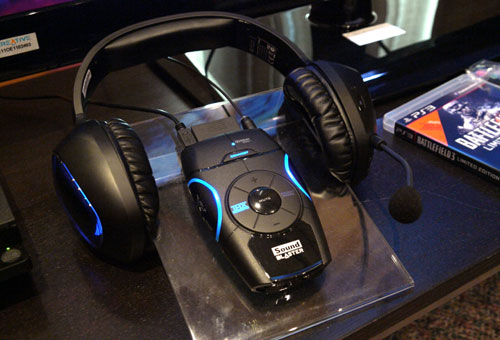 The PCIe version offers similar audio processing functionalities as its USB brother, as they are both driven by an identical Sound Core3D chip. What's obvious during our first impressions of the product, however, is the extended number of audio ports the PCIe alternative provides. There are seven I/O slots in all, including a 3.5mm headphone outlet armed with a higher amplification signal (capable of driving up to 600 ohms) as well as three line-outs designed for 5.1-channel desktop speakers. Besides the microphone jack, we also spotted two dedicated optical slots (input and output) on the card's bracket. This makes the Recon3D PCIe viable for an HTPC setup, since it enables you to feed the card's uncompressed digital signal to your AV receiver too. As mentioned, Creative also has a Fatal1ty Professional edition for those who are willing to fork out S$80 more for the Fatal1ty branding. Spec for spec, this sound card is almost identical to the PCIe model. They are powered by the same Sound Core3D chip with equal THX TruStudio Pro decoding capabilities. The Fatal1ty Professional variant, however, sets itself apart from the PCIe model with its own fancy EMI shielding and Creative's inclusion of a beamforming microphone. 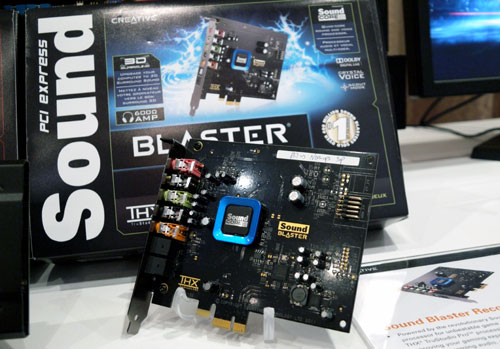 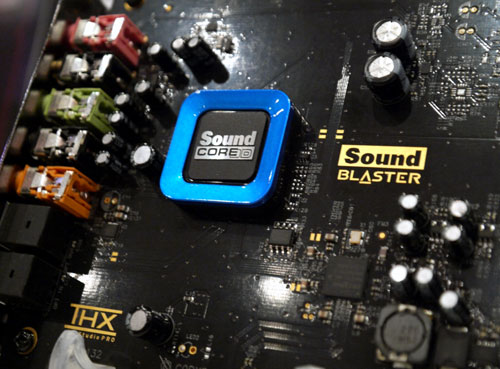 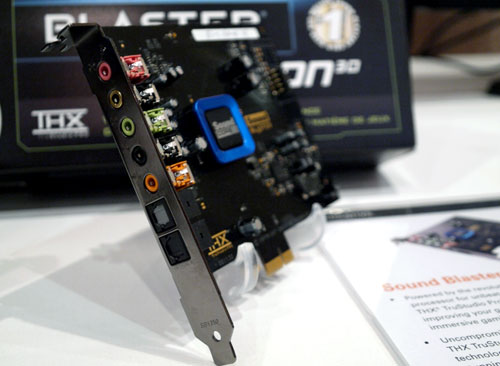 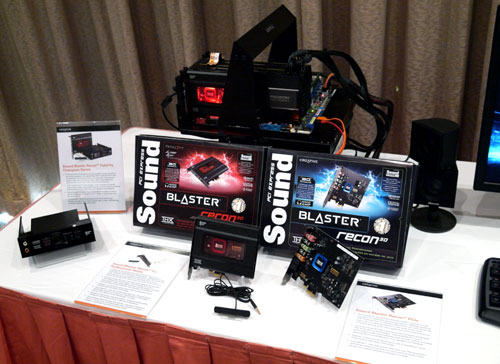