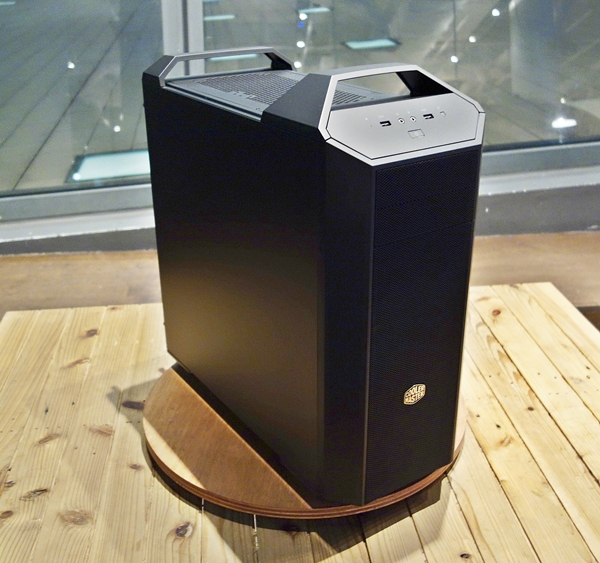 Last week, Cooler Master held its Make It Yours seminar on our local shores. The invited audience was an eclectic mix of system makers, distributors, power users and members of the media. The company wanted to reach out to these influencers so that they are in the know with regards to Cooler Master’s brand culture and its new strategy for its product direction. Of course, the centerpiece of the seminar was the newly launched MasterCase 5 chassis. Check out our review if you haven't already because the MasterCase 5 is an interesting and unique mid-tower chassis that brings about some new and never seen before features. 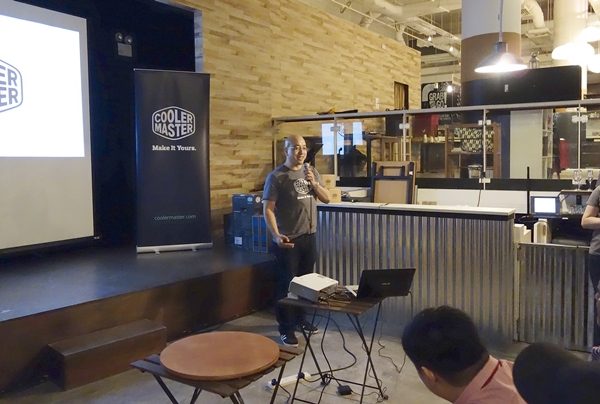 The event kicked off with a presentation by Hanif Wang, a senior specialist in strategic communications of the company, and he spoke in depth about the new product direction of company where innovative tinkering is central. This can be seen in the FreeForm modularity system of the event’s centerpiece - the MasterCase 5.

Also, in the presentation slide deck, we were treated to a sneak peek of its new innovative chassis, the MasterConcept. Alas, we were unable to publish any of its images as Cooler Master prefers to keep it under wraps for now. (If you are suspecting that it’s just vaporware; we spoke with a Singaporean Cooler Master staff member, who vouched for its existence. He said he had actually seen a prototype of the MasterConcept, where its implementation of the FreeForm modularity system was extremely impressive!) Besides expounding on the new product direction of Cooler Master, Wang took the opportunity to showcase some products that embodies its refreshed DIY culture, or according to what the company calls it, the “Maker” spirit! 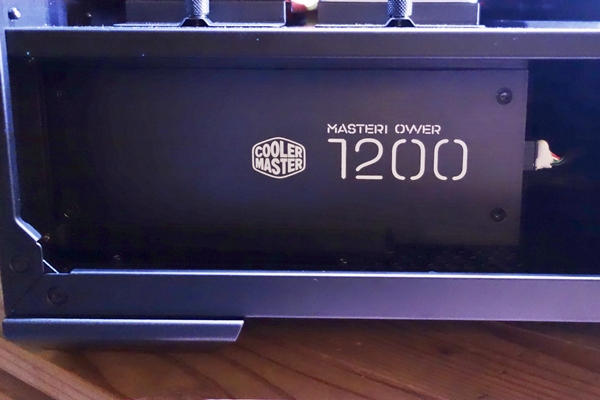 One of products was the MasterPower, a fully modular PSU that comes with an exclusive smartphone app so that you can monitor its status and performance. 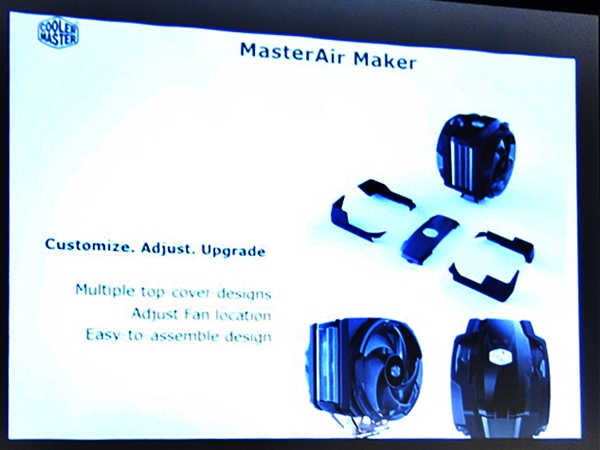 The MasterAir is a CPU cooler that bears some semblance to the older V8 GTS cooler. The MasterAir boasts of easy assembly and interchangeable top covers. 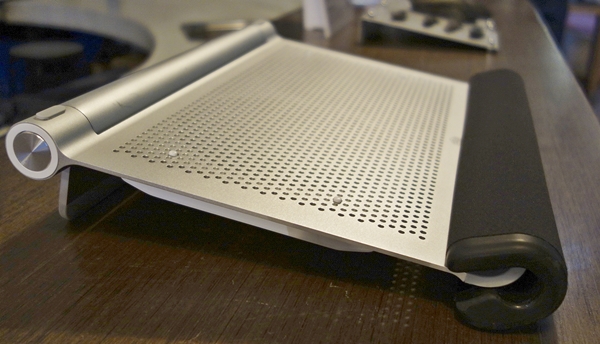 The MasterPal Mobile is a notebook stand made of aluminum. It comes with a removable USB hub so that once removed, the stand will be transformed into its portable mode. 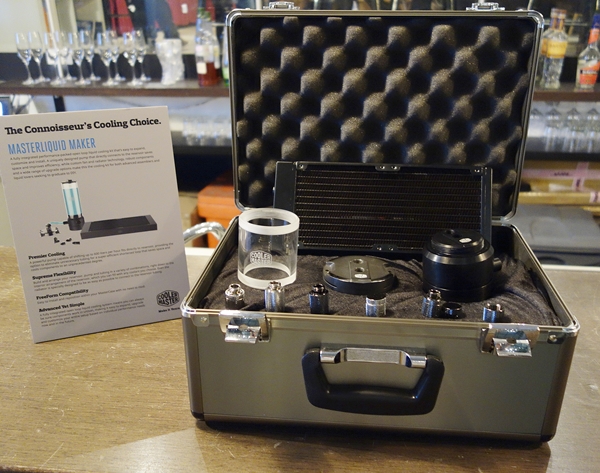 The MasterLiquid is a fully-integrated open loop cooling system; it has a pump that is capable of pumping up to 600 liters of cooling liquid per hour. The pump attaches directly to the reservoir, eliminating the need for additional tubing, making it more suitable for compact chassis. 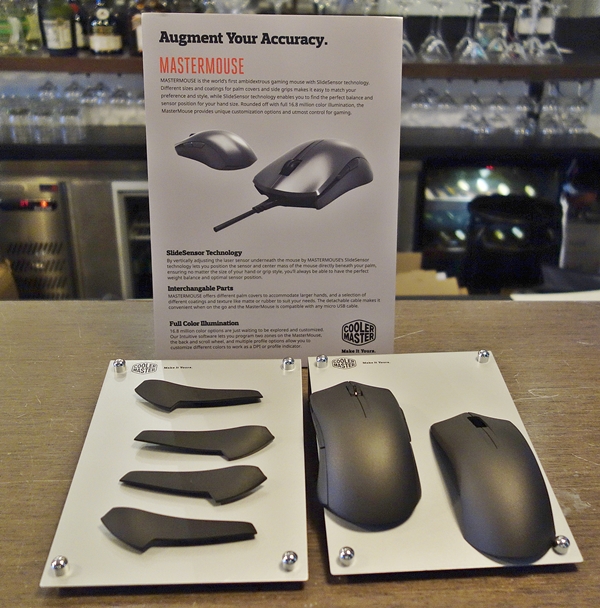 The MasterMouse has different palm covers and accompanying panels to change its profile to suit each user's grip. The covers and panels also come with different textures. One of its key feature is the SlideSensor technology that allows you to position the sensor and laser of the MasterMouse directly below your palm. According to Cooler Master, this will ensure optimal comfort and flexibility. 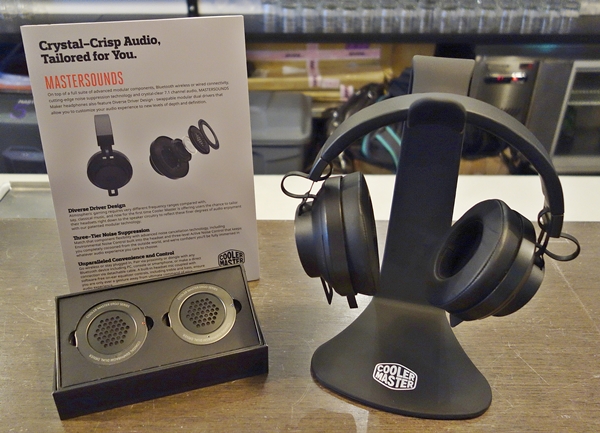 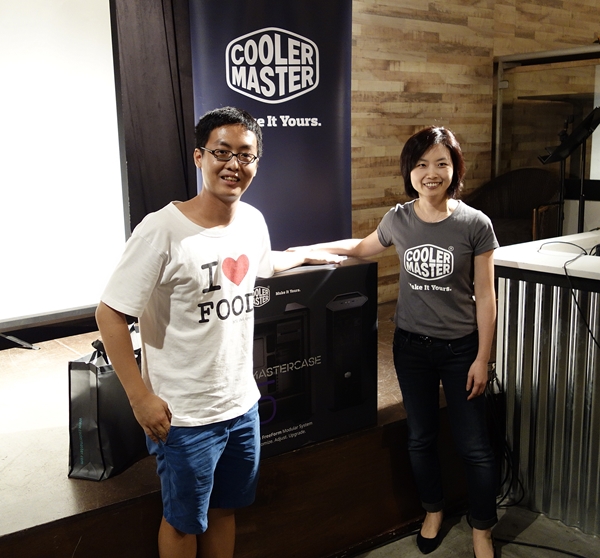 What’s a seminar without exciting giveaways, where the first prize winner walked away with a MasterCase 5 chassis, together with some Cooler Master accessories. 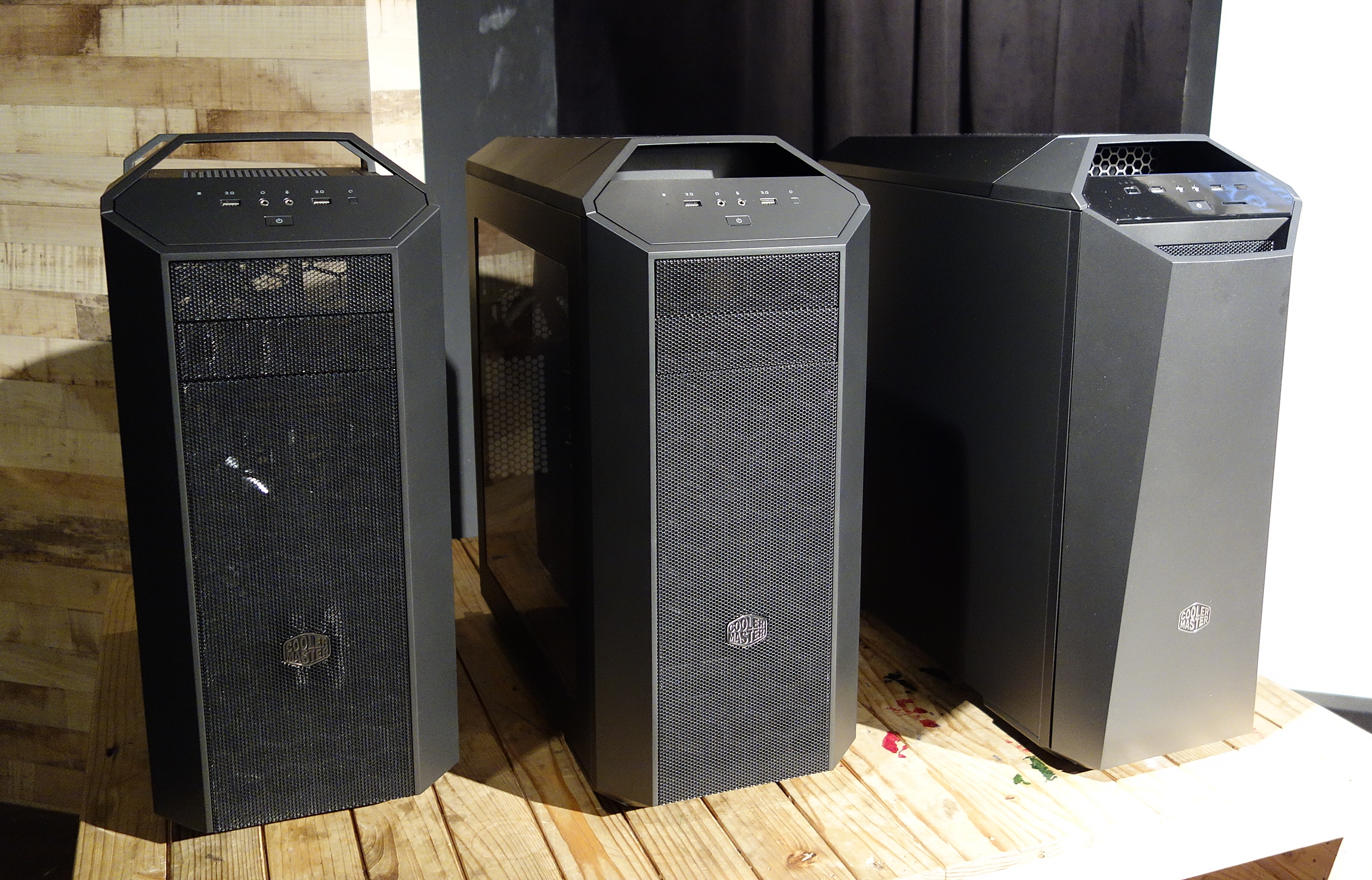 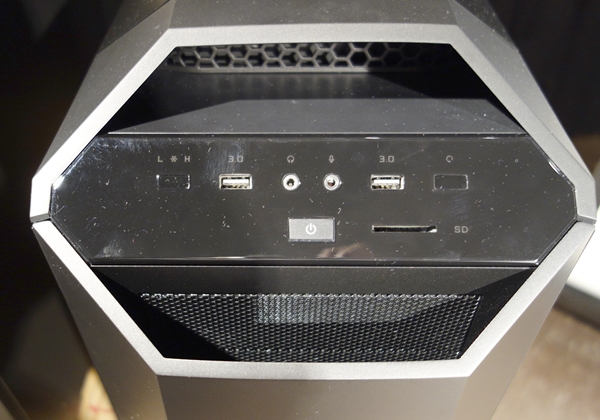 The I/O front panel of the chassis has been upgraded to include a SD card reader and a fan controller. The Maker will eventually feature a PWM fan hub, and a side panel with a glass window. To provide further customization, Cooler Master is toying with the idea of providing 3D printing instructions, and case modders can make use of them to print their very own top panels! 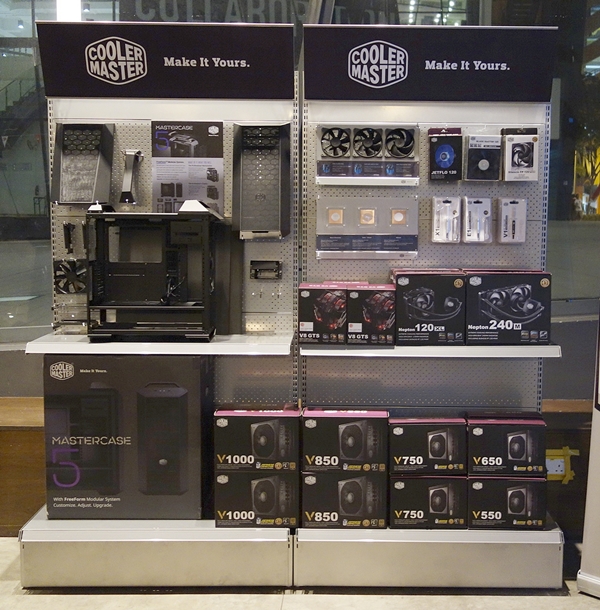 Cooler Master also wants to improve the retail experience for its products and the company actually took pains to put up mock retail shelf shelves, chock full with products and accessories. The section where the MasterCase 5 and its accessories were exhibited, made us felt that we had just walked into a performance car modding shop! 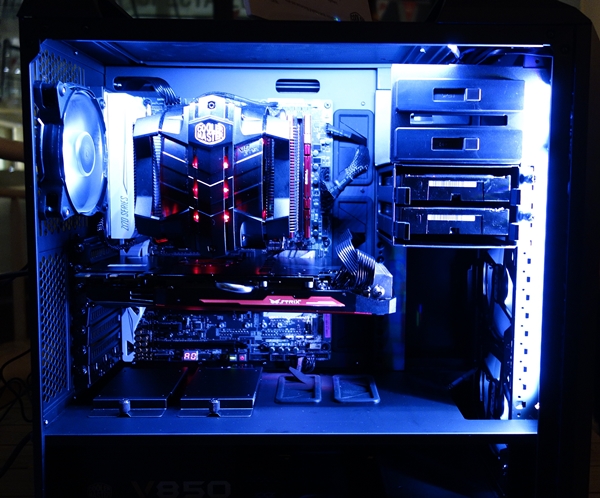 There were also gaming rigs at the seminar; the first was a MasterCase 5 system with an ASUS Z170-Deluxe board, which was powered by an Intel Core i5-6600K “Skylake” CPU. Its graphics card was the ASUS Strix GTX 980 Ti. 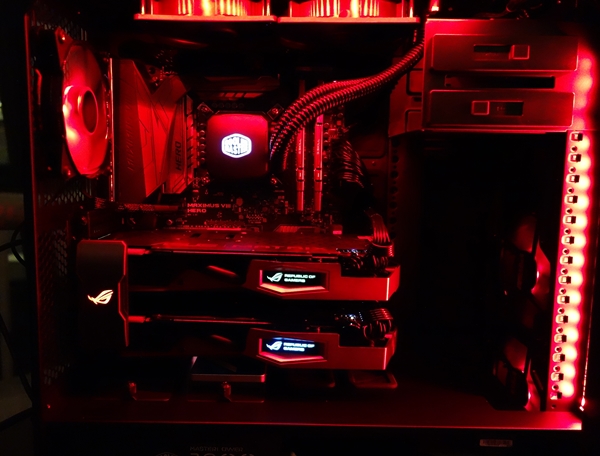 The other system was a MasterCase 5 Pro chassis that housed an ASUS Maximus VIII Hero motherboard. Installed on the board was an Intel i7-6700K CPU and a pair of ASUS ROG Matrix GTX980 graphics cards. 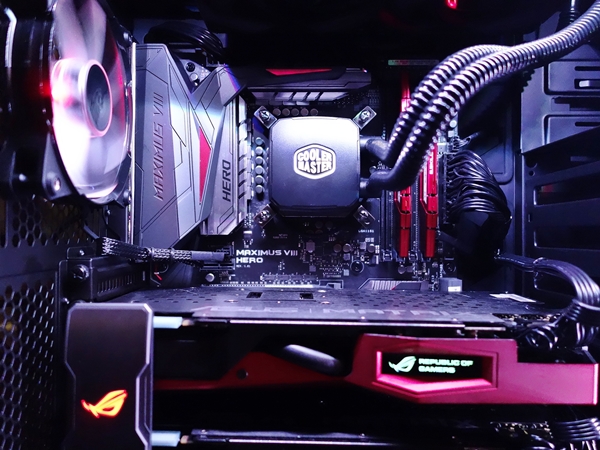 The cards were held in NVIDIA SLI configuration by an ASUS ROG Enthusiast SLI bridge. 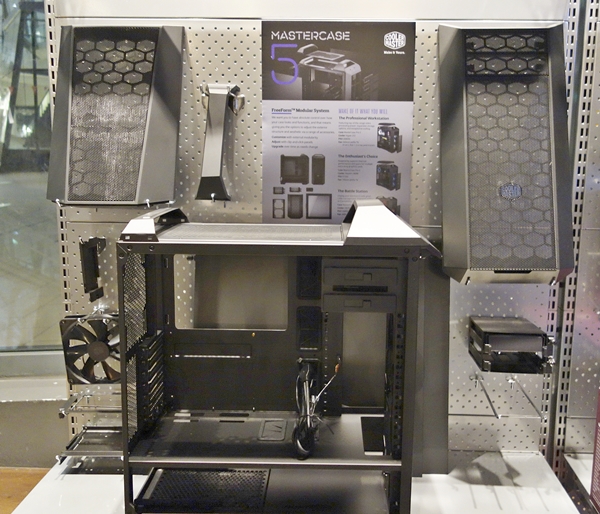 The Cooler Master "Make It Yours" seminar was the company’s attempt to replicate their Computex 2015 efforts to reach to and educate its intended audience. Looking at the bigger picture, the company is on a mission to shake up its corporate culture that has endured for 23 years, in a spirited attempt to breathe new life into the DIY community. From its Master Maker products to the mysterious MasterConcept chassis, we dare say the company is heading in the right direction by going back to its DIY roots. It’s as though the company has place its comforting arm round the shoulders of the PC DIY community, urging members to go forth and tinker!