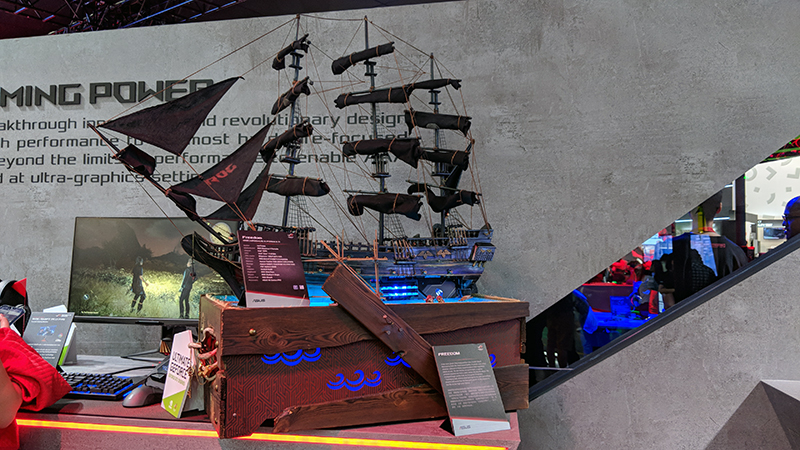 Ahoy, matey! Freedom is a beastly rig built into a buccaneer's intrepid vessel. Created by Ice Freeze, it features an ASUS ROG Maximus X Formula motherboard, a hexa-core Intel Core i7-8700K processor, and an ASUS ROG Strix GeForce GTX 1080 Ti Gaming graphics card. The chassis is built from scratch, and if you look closely, you can see the Apacer Panther RGB memory peeking out from the hull. 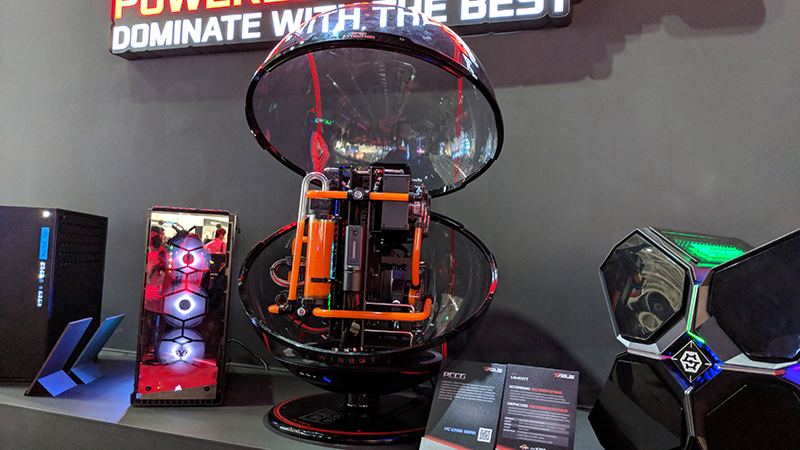 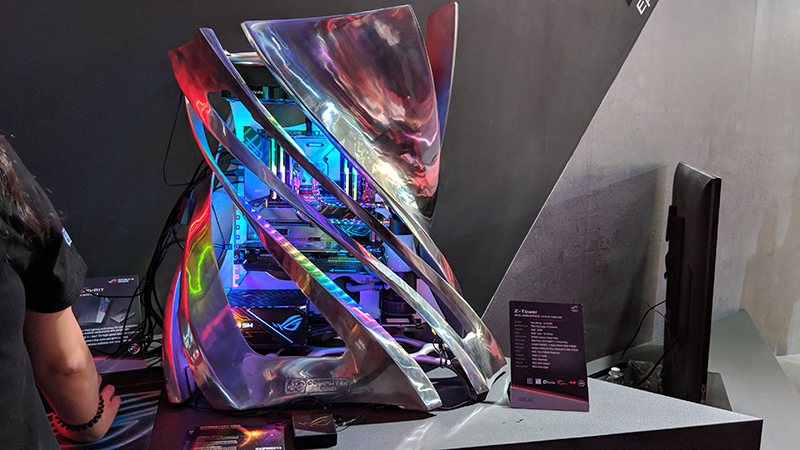 The winding and twisting InWin Z-Tower is yet another example of an unconventional case from the company. This rig comprises an Intel Core i9-7920X processor, ASUS ROG Rampage VI Extreme motherboard, and ROG Strix GeForce GTX 1080 Ti Gaming graphics card. It's powered by ASUS' new ROG Thor 1200W Platinum power supply, and the CPU is cooled by a custom EKWB water loop. 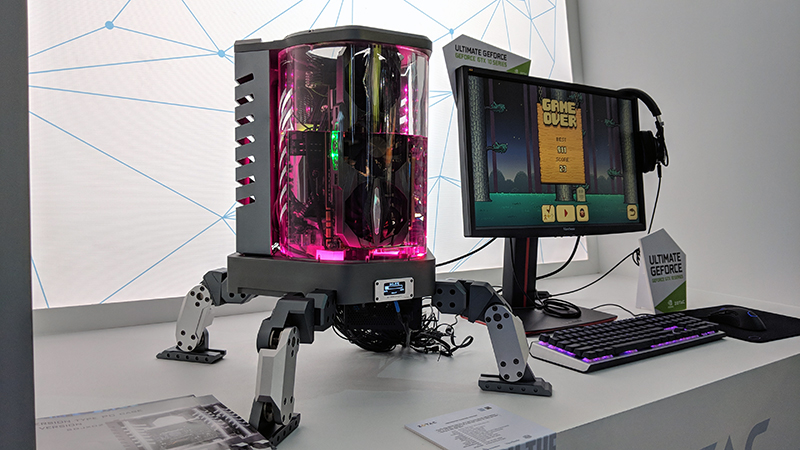 Over at Zotac's booth in collaboration with a specialist case maker, we spotted this small fully immersed system which takes liquid-cooling to the next level. Everything is housed in a custom acrylic case, and the system features an Intel Core i5-8600K and Zotac GeForce GTX 1070 Plus OC graphics card. 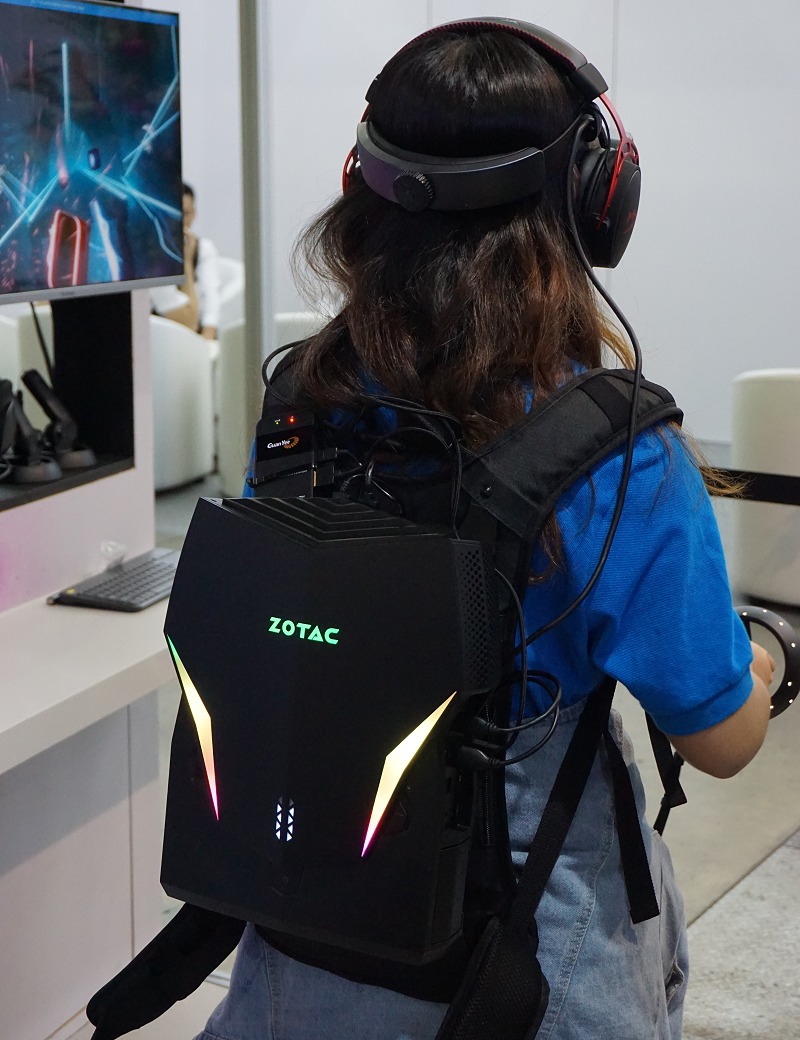 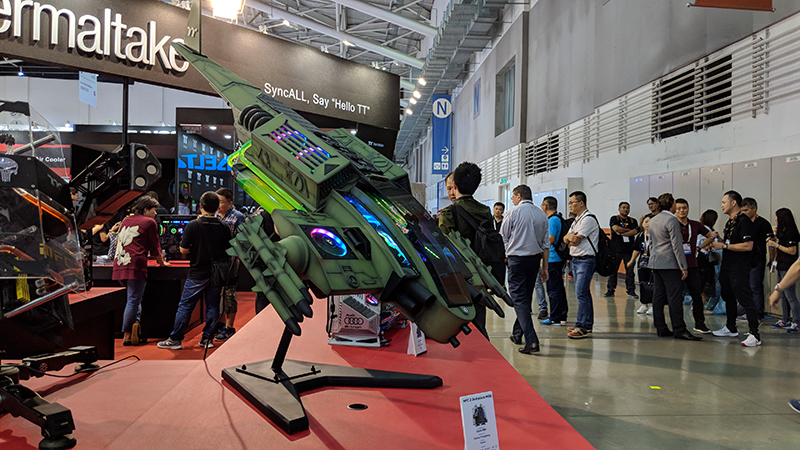 This fighter jet is based off that very case, even though it looks nothing like it. RGB fans sit where the jet engines look like they should be, and you can see RGB memory sticks shining through the cockpit. 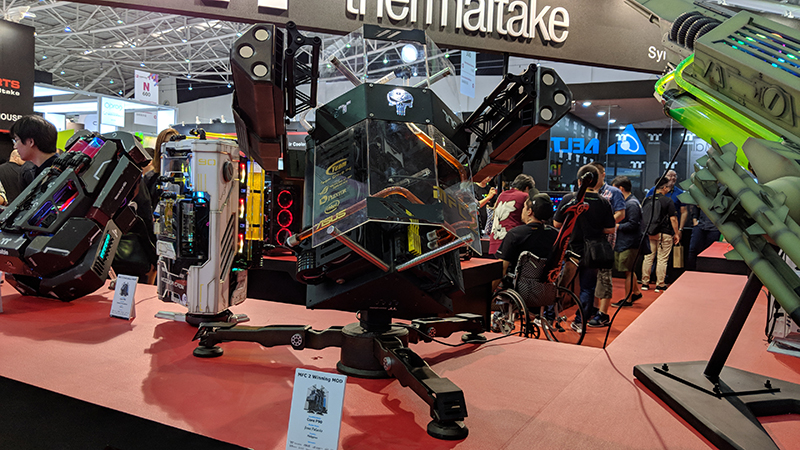 This Punisher-inspired mod is the winner of MFC Season 2. The work of Philippines' Jesse Palacio, the Core P90 has evolved into a turret of sorts, with veritable cannons at its sides. You can still see the base structure of the Core P90 below the clear top panel, and the open nature of the case shows off the liquid cooling setup quite nicely. 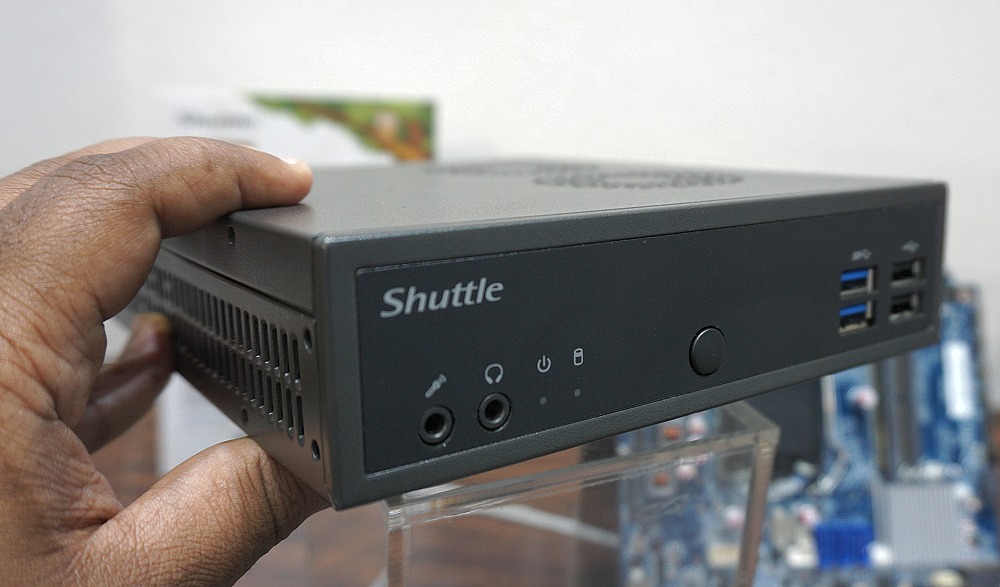 You read that right. Shuttle's XPC Slim DH02U packs a punch with its palm-sized 1-liter PC (just look at us manhandling it) that fits a GeForce GTX 1050 GPU via an MXM module. Designed for digital signage applications, it can just as well serve as a simple desktop system too. Power supply isn't built-in and it gets its juice from the supplied 120-watt external power brick. Inside, it takes in two M.2 SSD units and an additional 2.5-inch storage drive. 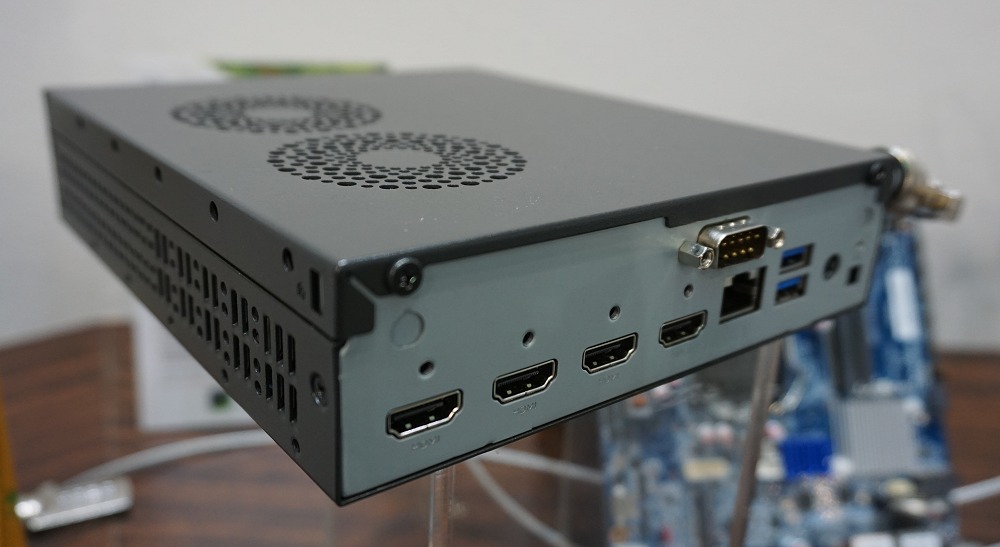