It's not often you see a monitor designed for console gamers, but that's exactly what the ASUS CG32 is. The 31.5-inch VA panel boasts a 4K resolution to support the latest Xbox and PlayStation games. In addition, it features HDR10 support and complies with VESA's DisplayHDR 600 standard, so you can expect fairly stellar picture quality. That's helped along by its 10-bit color depth and 95 per cent coverage of the DCI-P3 gamut, which is more than most PC monitors can lay claim to.

But the most console-oriented aspect of the monitor is probably its design. For starters, it comes with a remote that lets you adjust brightness, change inputs, and perform other OSD functions from your couch. There are two hexagonal pads on its base for you to place your controllers, and you can charge them using two of the four USB 3.0 ports (the other two are downstream ports for connecting peripherals and external storage devices).

Here's another look at it:- 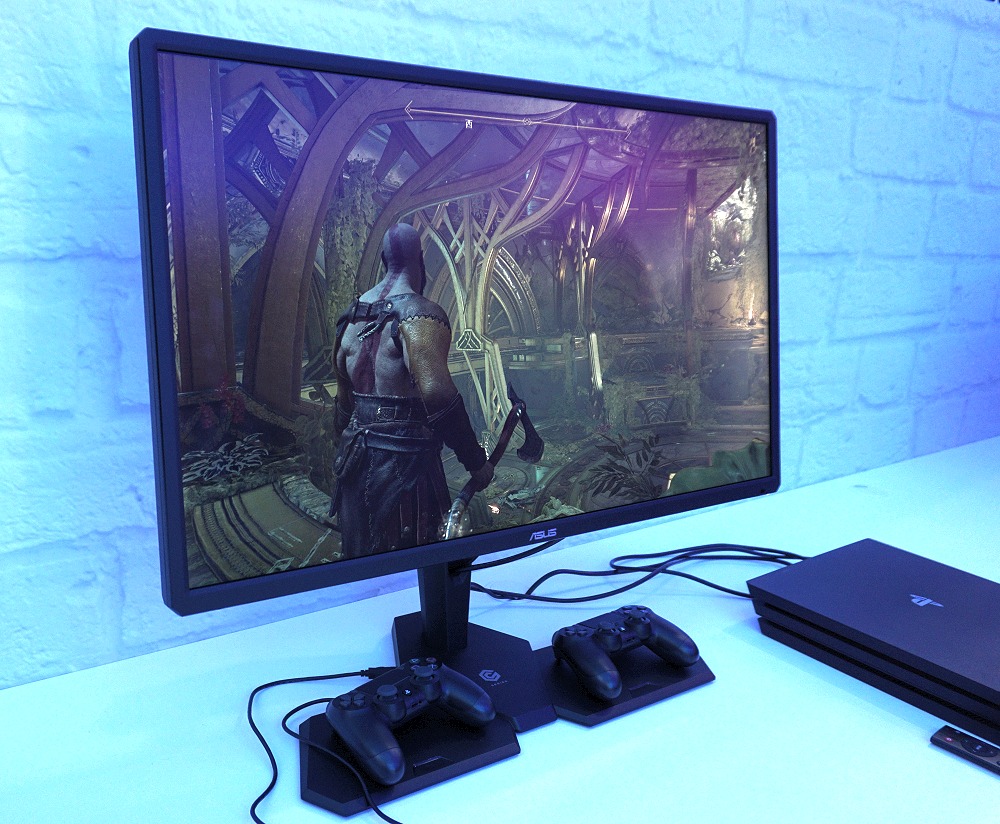 The ASUS ProArt PA32UX is the world's first professional monitor to sport mini-LED backlighting technology. With smaller LEDs it's obvious that the monitor has far more dimming zones available for more precise color control, better screen uniformity and little to no color shifts even when using the monitor for long durations. ASUS also claims a peak luminance of 1,400 candela/m2 and deeper blacks (0.003 candela/m2 or less) ASUS has portable display options for some time now, but none as extreme as a massive 21.6-inch screen with 4K resolution and using OLED display technology. This certainly makes it the most sophisticated portable monitor ever made. What it all means is extremely high contrast ratio with 99% DCI-P3 color space coverage, and very fast response time of just 0.1ms. Connectivity-wise, the monitor has dual USB Type-C ports and a micro-HDMI port. Display innovation aside, this monitor is also a design innovation award winner with its PU leather smart cover that not only protects the screen when transported but also doubles up as a stand, quite like how it behaves on the smaller portable screens and ASUS tablet covers of the past. The monitor also comes with a proper stand for desktop usage scenario. No word yet on availability at the time of publishing.