AMD held their annual Computex press conference earlier today to provide the media and the industry with updates and their focus moving forward. Admittedly, we've to say it wasn't as exciting as the previous years, but a lot of this supposedly has to do with the fact that AMD has got their act right and are putting out products that people really want to use - such as the Fusion class of accelerated processing units (APUs).

With that said, the biggest highlight of the event is Rick Bergman (Senior VP & GM of AMD's Products Group) pulling out from his pocket the next generation APU - codenamed Trinity, this is going to be manufactured on the 32nm process technology featuring the Bulldozer CPU architecture, a definite jump in processing prowess from the current APUs based on the Bobcat CPU architecture. It will of course feature DX11 graphics processing hardware and would likely be on an AM3+ package though it's hard to say for certain now. Said to be the next year's best APU, here's the video snippet on what matters most:- 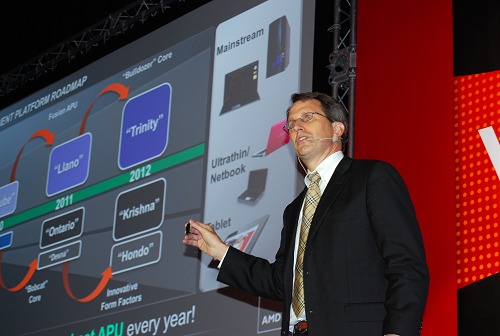 AMD also shared their APU roadmap progression, or otherwise simply known as the Fusion platform. As you can see in the middle of the presentation below, the APU codenamed Llano is this year's performance orientated Fusion processor with up to four cores and a Radeon HD 65xx class of graphics built-in. It's not yet in the market, but you'll hear from us in a couple of weeks and see corresponding products in retail soon enough. This APU is geared for mainstream systems and notebooks. 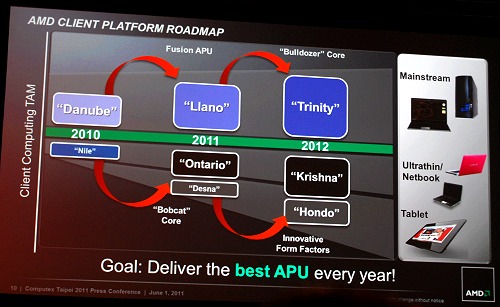 Ontario and to some extent Zacate are the first salvo of Fusion CPUs that were launched earlier this year and cater to the netbook, nettop segment. Now if you focus on the 2012 line-up, you'll see that the above mentioned Trinity APU based on a newer architecture will succeed the Llano. In the same fashion, Krishna will succeed the current Ontario and Zacate chips with an enhanced Bobcat architecture, which is mainly a die-shrink to the 28nm bulk process.

Now that we're done sharing the cool bits of the press conference, we detail a few other matters that would interest you. Still on the Fusion family of APUs, AMD now thinks it has spent enough time toying with the first generation Fusion platform and it's now prime enough to be implemented even in tablets. These APUs will be based directly on the current C and E-series of APUs (which are the Ontario and Zacate chips respectively), but they will feature a much lower TDP of below 6 watts. This tablet oriented APU will be identified as the Z-series and would come about later this year.

Fusion will also be heading into the embedded computing space and it's probably high time since computing requirements are ever rising and the multimedia centric APUs would be ideal. These APUs will be identified under the G-series and will have the following characteristics:- 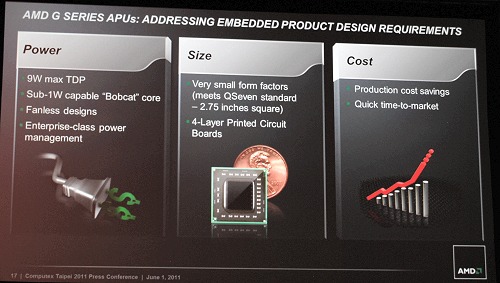 With the inclusion of the Z and G-series of APUs, this is how AMD's Fusion line-up would look like for this year:- 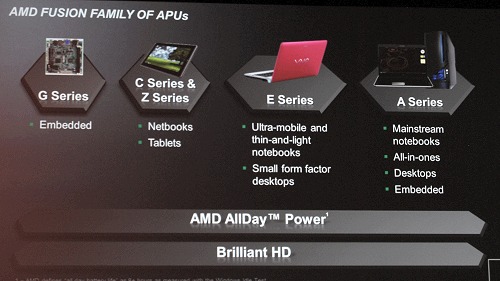 Having seen how the Fusion range of APUs will evolve, AMD also provided a few other updates that will help shape the DIY enthusiast market and the retail scene of complete systems and notebooks:- 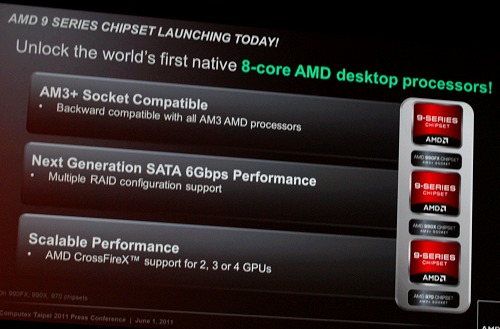 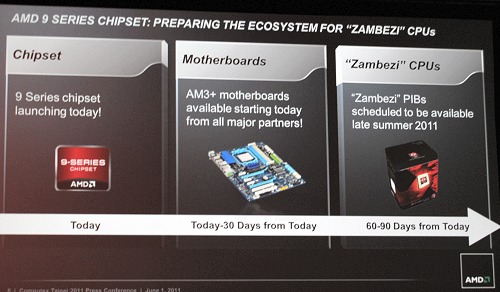 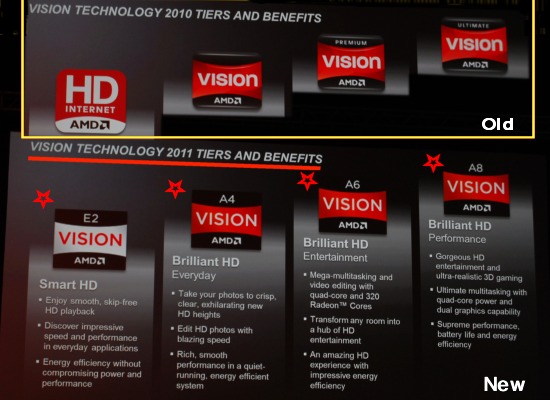 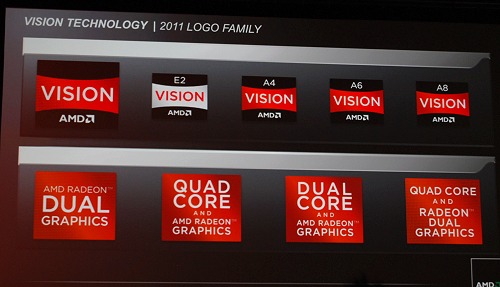