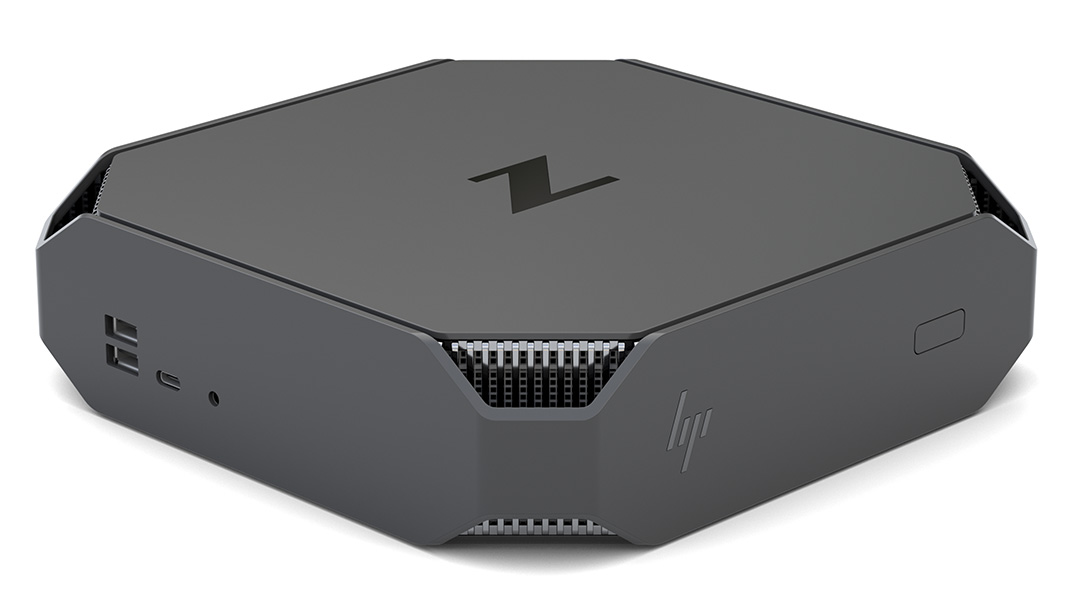 In the age of convertibles, all-in-ones, and ultra-compact designs, it’s very clear that the form factor – better known to some as chassis, casing, or design frame – of a personal computer now has a critical role to play. Gone are the days when a PC tower comes in plain vanilla as many new-age concepts break away from that look.

As PCs – both desktop and laptop types – began to take on a more personalised look, the form factor immediately took centre stage. Instead of sprucing up the more traditional design – more plexiglass panels, stickers, or conveniently located USB ports – innovation decided there needs to be a complete revamp.

From multi-mode convertible laptops that can switch to oversized all-in-one tablets, ultra-slim workstations, and attached-on system concepts, the PC now comes in variety of looks that feel tailor-made. Pushing the envelope further is the workstation segment, where customisations are wholly dependent on user needs, performance demands, and workflow requirements.

Here’s a quick deep dive on how much the PC form factor has become more intuitively innovative.

Let’s start first with the desktop-type workstations. These are not your typical clunky, rectangular cases that most are familiar with. Besides streamlined boxy looks, the powerhouses now come in a variety of sizes, sport curvier looks, and even offer unique structure or feature-focused add-ons. In fact, the last few elements are very prevalent among the pricier and full-spec workstations. 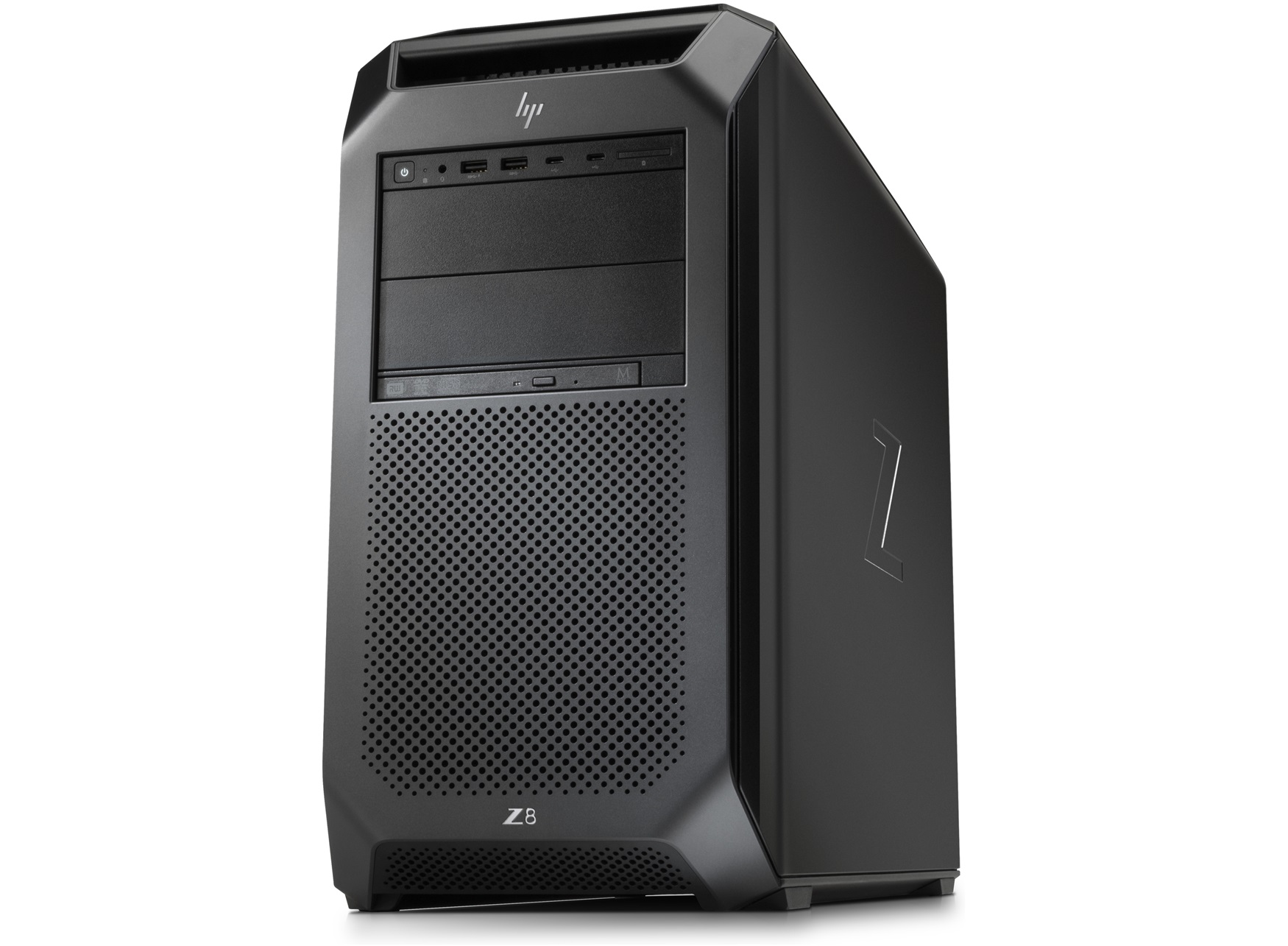 These systems come packed with more than one top-end full-sized GPU, a liquid-cooling system, and easy-to-engage hand-carry capabilities. How are they different from its immediate predecessors? For starters, the most powerful of these high-performance monsters are made to be larger than the normal tower case. That alone is a huge hint on what such a top-spec platform offers as such a concept – like the HP Z8 Workstation – is loaded out to the brim. This includes 56 CPU cores, 3TB DDR4 ECC RAM, 48TB storage, and three NVIDIA Quadro RTX GPUs. 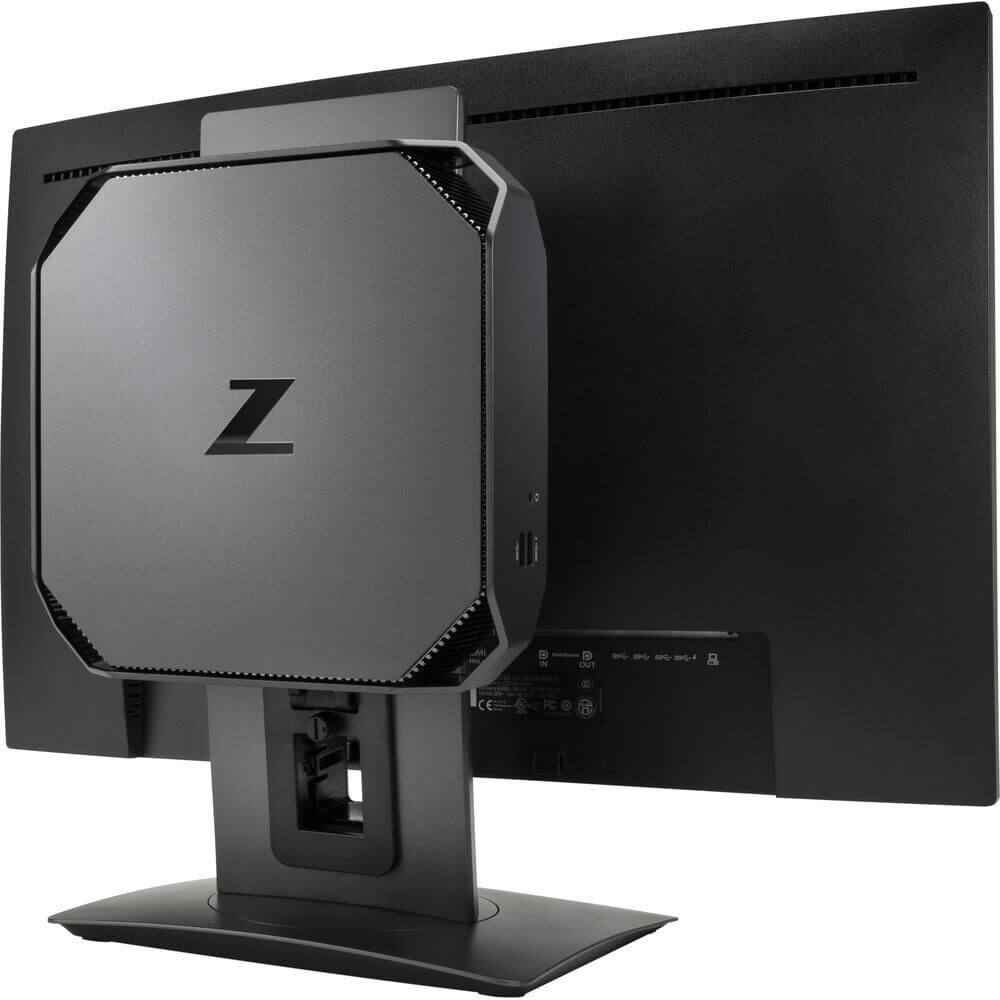 As for workstations that come in straightforward towers and compact-sized designs, they are not to be underestimated in any way in terms of performance. More notable is how some of these powered platforms come in their own unique designs. Take for instance, the HP Z2 series. Beyond the HP Z2 Tower, which uses a streamlined casing, the other entries (such as the Z2 Mini) go all out in terms of design delivery. While not as absurdly powerful as the HP Z8, both ultra-compact workstations are true powered performers. This is all thanks to the unique form factor and modular parts that both use to max-out the available real estate inside.

As is, over the last decade, next-gen desktop form factors have been using modular parts, compact designs, and customised features. All of these provide a truly usable and functional chassis. The need to make the look and feel intuitive also carries over to laptops. However, it has various forms and functions that act as the primary drive for the constantly evolving design.

Where desktop workstations are straightforward in how it wants to create a progressive user experience, laptops have a couple of considerations that must be included. Be it a complete detachable or a 360° hinge – these designs all have very specific functions that address different user needs. Even the plain vanilla laptop look, especially the ultra-compact and oversized form factors, has its uses. 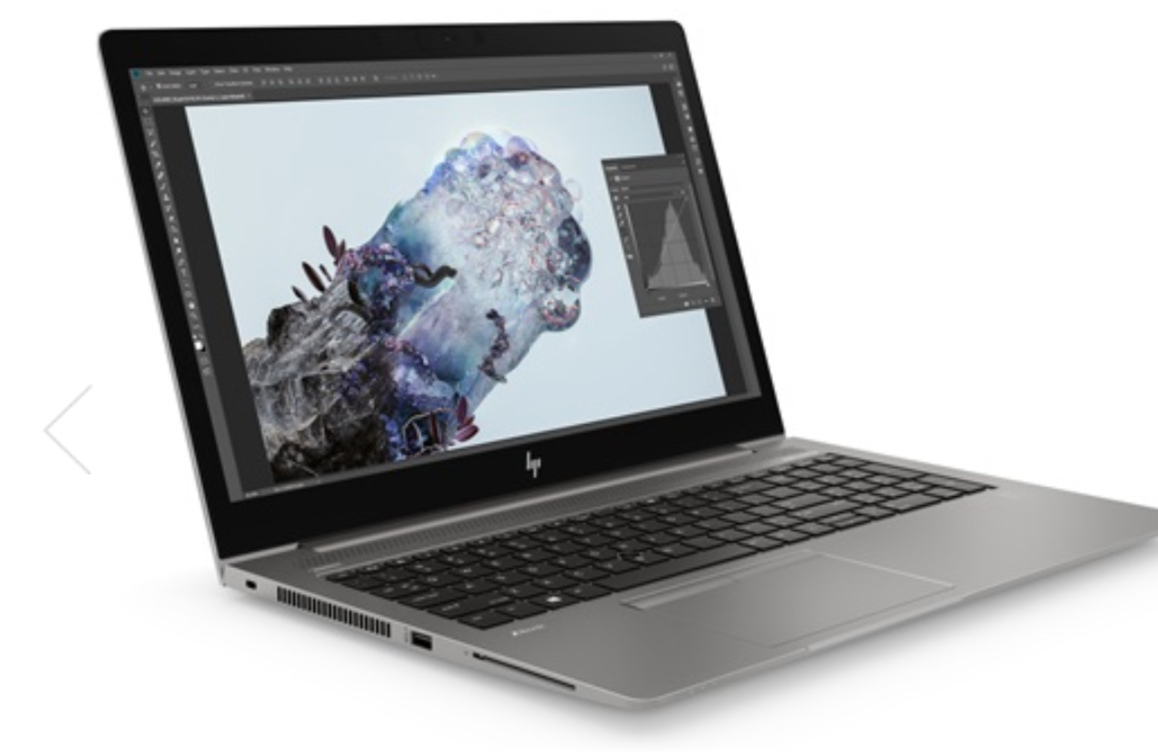 For those who want straight-up workstation laptops, they could look at 15- to 17-inch options. Good examples are the HP ZBook 15 and 17 as they offer top-end specs, an immersive user experience, and next-gen capabilities. Their hardy, yet stylish, looks reflect the top performance they offer within. Interestingly, the convertibles are now the order of the day for many users. Both swivel-hinge and detachable concepts can seamlessly be transformed into a tablet and, yet, do not compromise on its high-spec performance. While both can convert into tablets, the specific methods in how they switch modes play a role too.

With the detachable design, the idea is straightforward – ditch the keyboard completely. There are creative professionals who have done away with the typing and, knowing this is a trend, many PC manufacturers have catered to this segment of their customer base. There are many convertible laptops in the market now, most of which are made for basic operations. Unlike its consumer-focused counterparts, workstation-type laptops with detachable keyboards maintain their high-performance delivery. 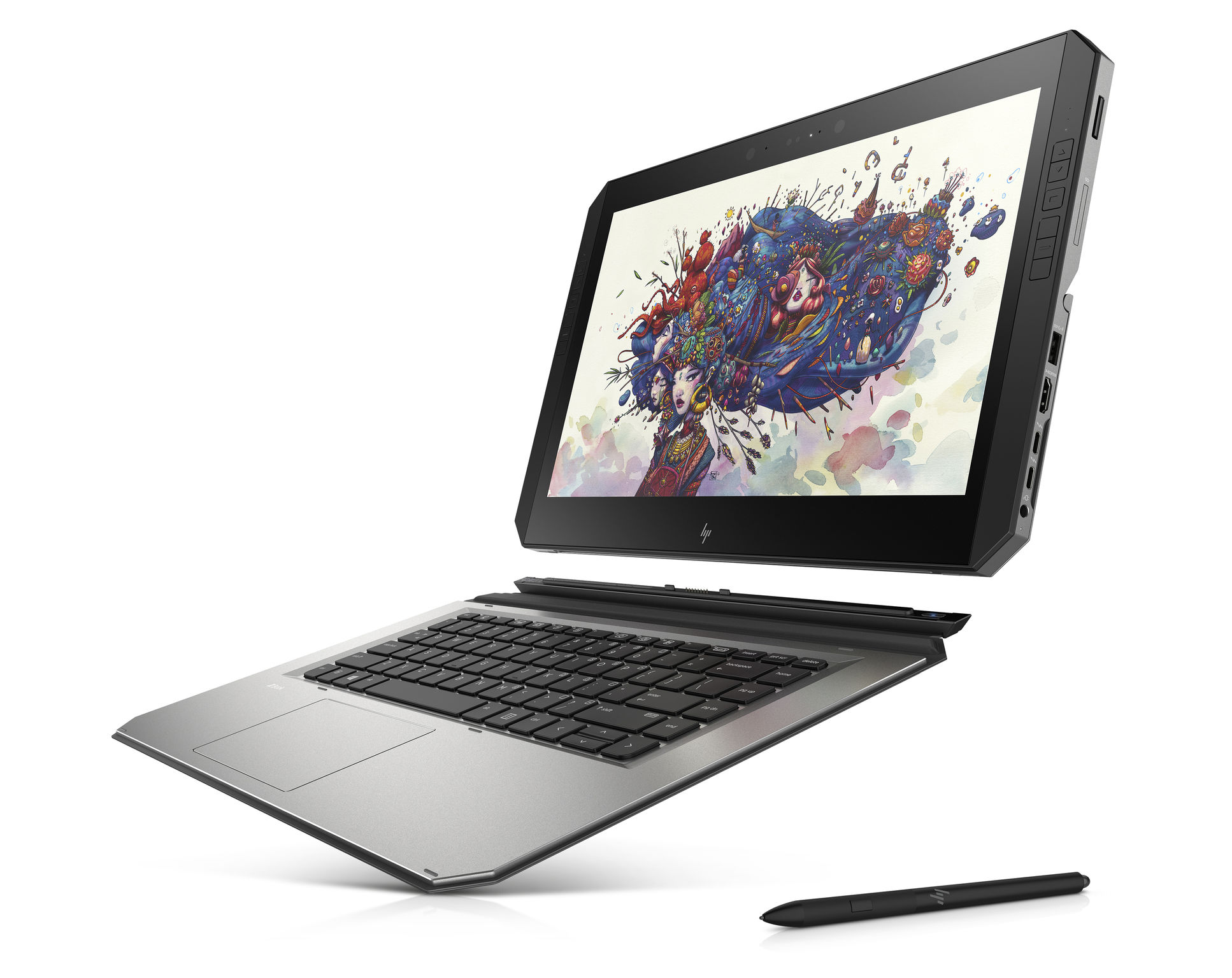 One such entry is the HP ZBOOK x2, a mobile workstation that is designed specifically for creatives who are always on-the-go. With hotkeys embedded on both sides of the touchscreen, this tablet and its keyboard accessory fits in nicely with users who have been using drawing tablets before or have no need for a physical typing tool.

For those that prefer immediate access to a keyboard and want slim, lightweight aesthetics, then a swivel-hinge convertible is right up their alley. These platforms, like the HP ZBOOK Studio x360, look super sleek, exceptionally chic, and still meet performance demands of everyday work. The 360-degree flipping mechanism provides the display viewing experience with new levels of user versatility. Examples of its robust use includes being able to be propped at an angle for comfortable viewing and ease-of-use, or having it placed vertically with no concern of tipping over.

From variable sized desktops to uniquely constructed laptops, these form factors are still being updated to address new user demands. Some concepts, like the swivel hinge, are even made to introduce new experiences that then become the norm. While performance delivery is critical to the user experience, the external design and its unique usability offerings also play an equally important role. 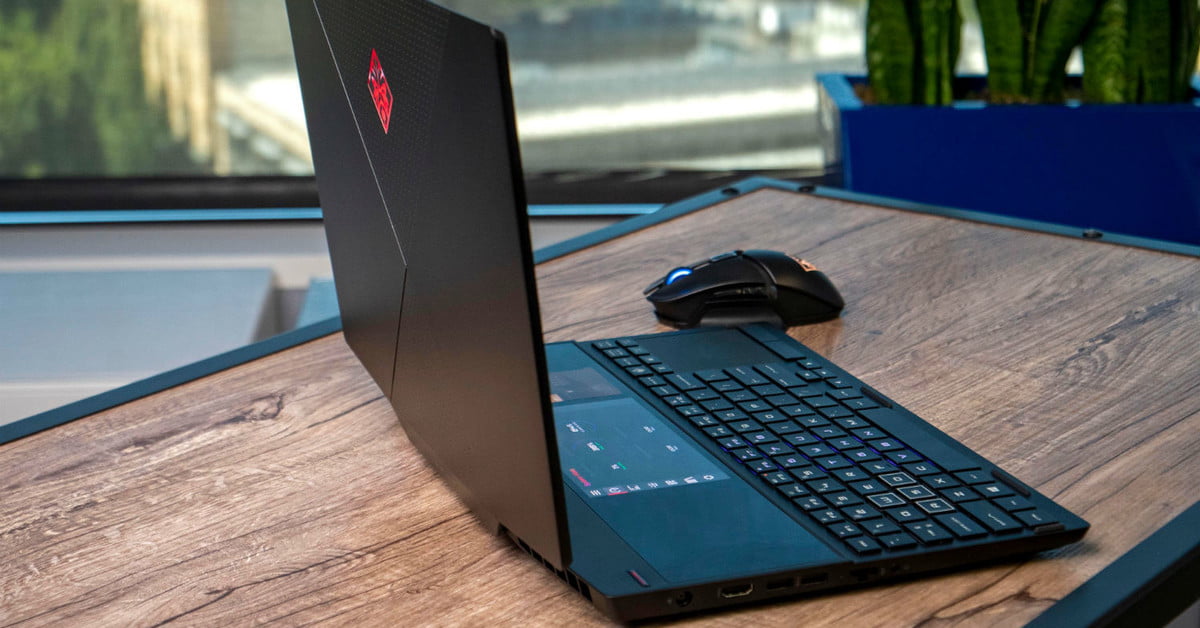 Can even more radical concepts make the form factor become front and centre? The streamlined Ultrabooks started the narrative for change and it made way for convertibles to take center stage after. For the new decade, transformative designs that use more than one display on laptops and expand the modular design of desktops will likely become the new focus. As it is, experimental concepts are now making their way to the hands of users, like the dual-screen powered HP OMEN X 2S. Undoubtedly, workstations will be the ones to adopt these new ideas first as they are expected to open the way for more creative form factors to appear and be adopted for the end-user market in the coming years.