Close-up with the Best Keyboards of Computex 2014

Corsair Vengeance K70 / K95 RGB
Announced earlier this year during CES, the updated versions of the popular Corsair K70 and K95 mechanical keyboards, the K70 RGB and K95 RGB make their actual debut at Computex 2014. These are the world’s first keyboards to fully feature the latest Cherry MX RGB key switches with individual per key backlight customization with 16.8 million colors to choose from.

The K95 RGB comes with 18 G-Keys, customizable macro keys for up to 108 macros. It also has full key rollover and anti-ghosting. The K70 RGB is similar, except that it doesn’t feature the macro keys. At present, both keyboards will feature Cherry MX Red switches, but the K70 should have Blue and Brown varieties when their RGB variants are made available.

Aorus Thunder K7
The K7 is touted as the “world’s first detachable mechanical keyboard”. Of course, that’s being rather selective since Microsoft came out with a switchable keypad gaming keyboard all the way back in 2008 – the SideWinder X6. Six years later in 2014, Aorus revisits this interesting concept and throws in some much welcomed improvements. 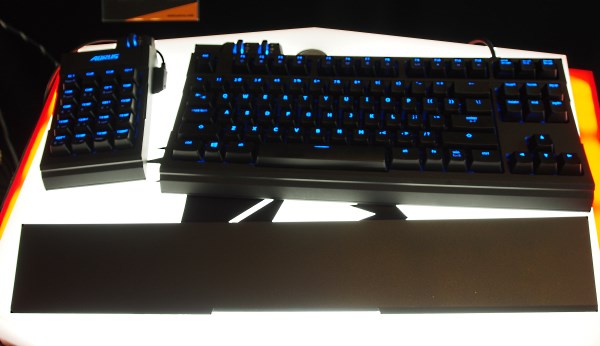 First things first, the K7 is a mechanical keyboard using Cherry MX Red switches with full anti-ghosting capabilities, as should be expected by any serious gaming keyboard. The detachable keypad portion works similarly as the SideWinder X6. It features magnetic contacts that you can snap to either the right or left side of the keyboard, which makes it a great ambidextrous device for lefties to easily access the keypad and macro keys. Speaking of which, the detachable keypad features 20 macro keys with a fully customizable macro engine for up to 100 additional macro combinations, plus up to 5 profile settings. 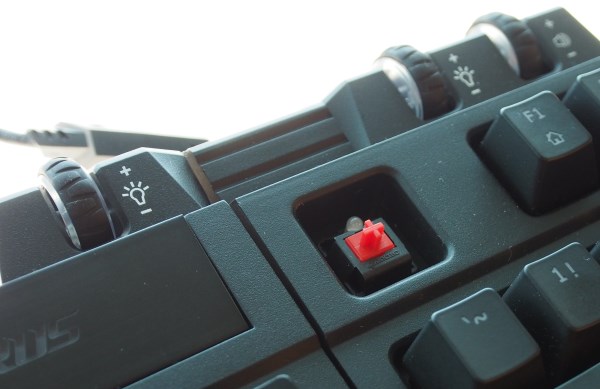 What’s great about the K7 is that the detachable keypad comes with its own special USB cable that you can snap onto its magnetic contacts. This turns the keypad into an independent macro keypad, if you do not need the full keyboard in the way. 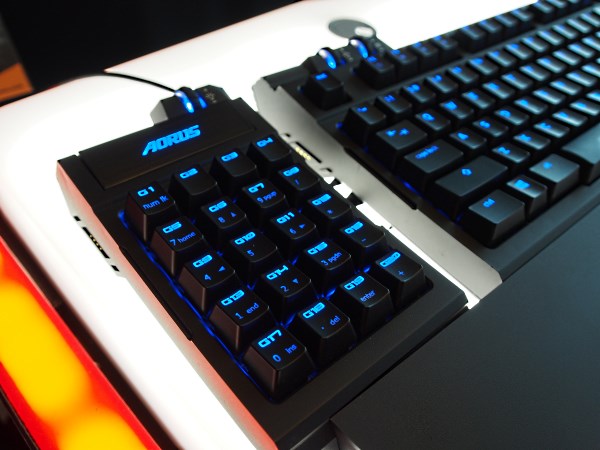 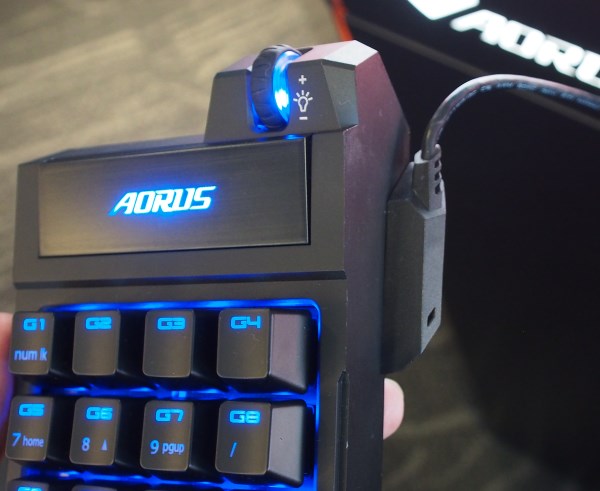 Cooler Master Novatouch TKL
Cooler Master has a new “mechanical” keyboard out for gamers called the Novatouch TKL. The secret however is that it isn’t actually mechanical. It uses Cooler Master’s exclusive Hybrid Capacitive switches that are designed and weighted to offer a uniform 45g actuation over the entire keyboard. The result is an experience that is very close to the Cherry MX Red. The Hybrid Capacitive switches also have a key cap design that is cross compatible with Cherry MX caps. So, if you feel like it, you can replace all the keys with your favorite from a Cherry MX keyboard. 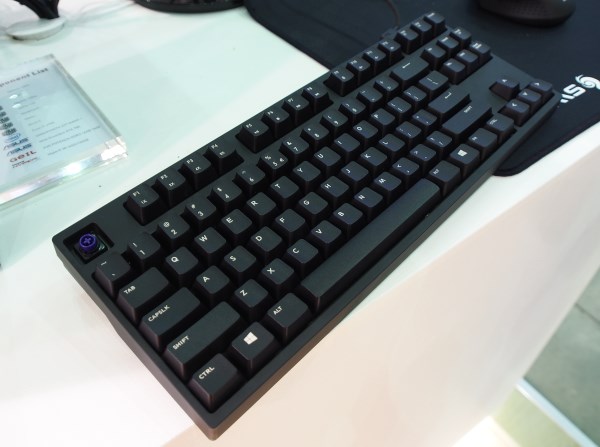 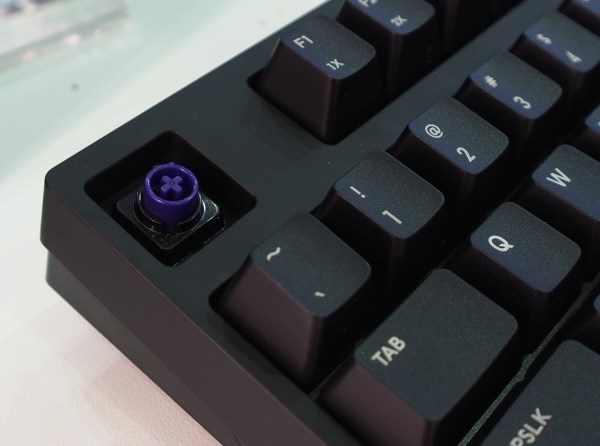 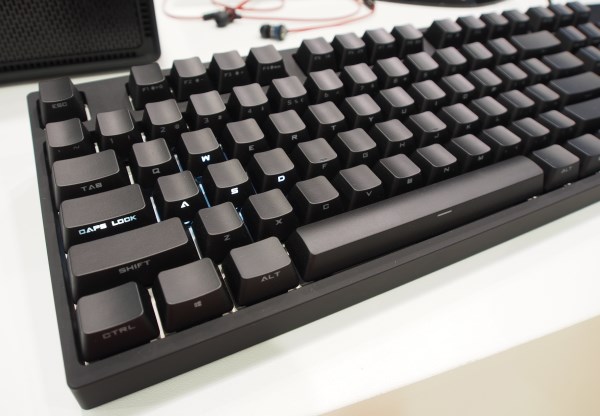