The MSI GeForce GTX 980 Ti Lightning card is also another heavy-hitting contender. This limited-edition card is already a rarity, despite its steep price tag of S$1,299, and also due to its limited production run. So consider yourself lucky if you are a proud owner of this card. The card has kept its look consistent with the Lightning branding, which is the familiar yellow-on-black color scheme.

The MSI card's Lightning logo has LEDs that can be controlled by a custom software called Mystic Light. It's actually a separate application from the MSI AfterBurner. Mystic Light allows you to control the color and the lighting effects of the logo. You even have the option to turn it off. 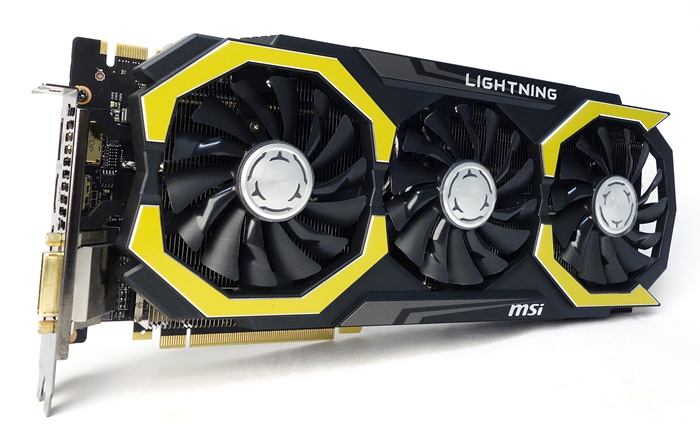 Also, the card uses the upgraded TriFrozr Thermal Design cooling system, which was first seen on the MSI N780 Lightning card. The new cooling system features three, 90mm intake Torx fans that cool the large heatsink. The heatsink’s fins are connected to a number of 8mm thick Superpipes for heat dissipation from the nickel-plated copper base that is directly attached to the GM200 GPU. For fine tuning and greater control of the cooling process, the three, 90mm intake fans are independently controlled, and it allows them to better respond to any cooling requirements. At the same time, this feature also allows the power user to fine tune the cooling performance of these cooling fans. There’s also a heatsink for the memory chips and MOSFETs, and according to MSI, this heatsink covers both the front and back of the PCB for optimized cooling of those PCB components.

Like the ASUS card, it rolls off the production line overclocked, with a base clock of 1203MHz, and a boost clock speed of 1304MHz. Its 6GB of GDDR5 memory operates at 7096MHz, a slight increase over the default clock speed of 7010MHz. To handle and manage such electrical currents, the MSI GTX 980 Ti Lightning card uses Military Grade IV components that drive its 15-phase power delivery system. Its GPU takes up 12 power phases while its memory chips uses another three power phases. As for its VRM components, they consist of the following:-

At a glance, they appear to be very similar to the VRM components of its predecessor, the N780 Lightning. For extreme overclockers who need more voltage regulation capabilities, these components wouldn’t appear to be an overkill. As we move along the same edge of the card, we can see the LN2 DIP switch. When enabled, it raises both temperature and voltage preset limits to unleash even high overclocks. But do so only when the card is LN2-cooled! 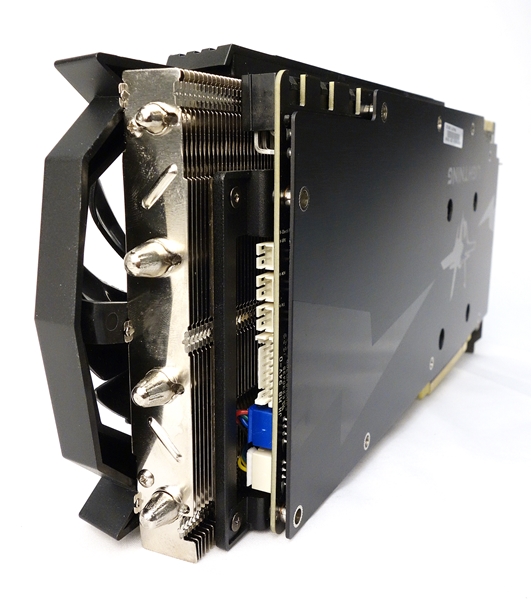 In order for better monitoring when such overvolting options are enabled in LN2 mode, there are three voltage checkpoints (or V-Check points) for PLL, memory and GPU voltages respectively, using an attached multimeter (not provided). We have no inkling what the white connector located next to the three V-Check points is used for but we guess it's for an MSI OC control panel.

Like its ASUS counterpart, its display connectivity ports have also been gold-plated. There's one DVI-I port, three DisplayPort outputs, and one HDMI connector.