Circles.Life is the new digital telco in town: Here's what you need to know

Circles.Life is the new digital telco in town: Here’s what you need to know

Note: This article was first published on May 5th 2016.

There's a new kid on the block 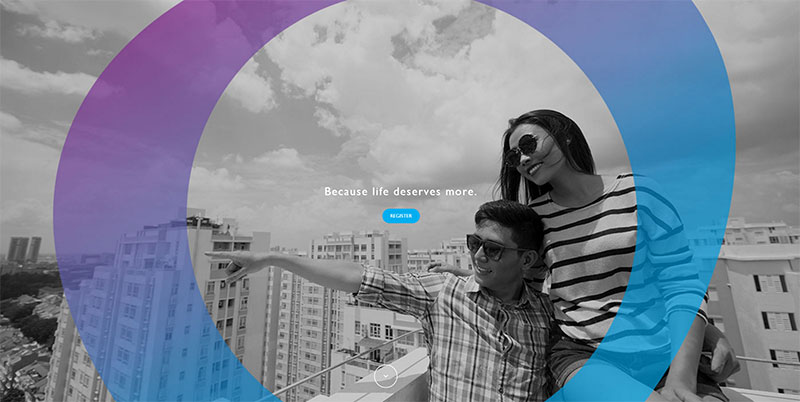 There’s been news brewing for a while now that a fourth telco would be coming to town. Today, that fourth telco is Circles.Life, having beat its competitors to the punch to provide customers with more choice outside the three existing telcos. Starting today, interested parties will be able to register their interest and subscribe to Circles.Life data plans on the telco’s website.

Still, even though it’s been dubbed as the fourth telco, there’s a lot that differentiates Circles.Life from Singtel, Starhub, and M1. For one, it is actually what is called a mobile virtual network operator (MVNO). Remember the deal Liberty Wireless struck with M1 last year? Circles.Life is an operating brand under the former. This means that it hasn’t actually built its own physical mobile network, relying instead on a leasing deal with M1, an arrangement which played a big part in why it was able to launch so early. In effect, this means that M1 still owns the physical infrastructure, but Circles.Life has the freedom to craft its own plans and services.

Build your own plan 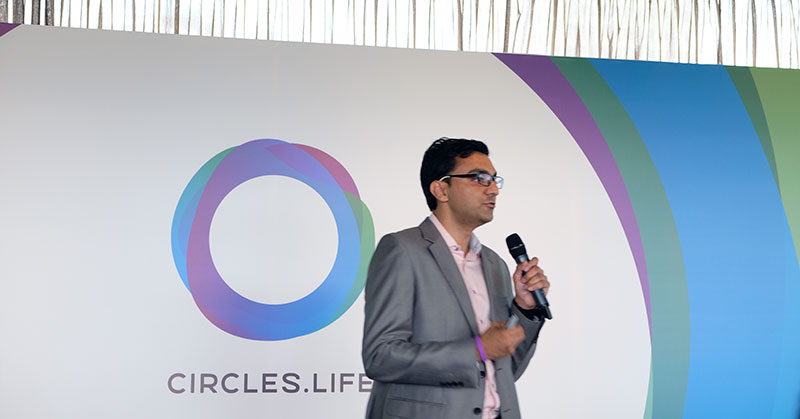 When Rameez Ansar, one of Circles.Life’s co-founders and now a director at the company, took to the floor to talk about the launch, his energy and enthusiasm were infectious. To sum things up, Circles.Life is all about choice and the goal of returning power to consumers. According to Ansar, consumers are often encumbered by existing mobile plans, which usually come with too-long contracts, free SMSes that no one really cares about, and a bevy of hidden charges.

Furthermore, most consumers today rely on messaging apps like WhatsApp to communicate, so bundled SMS and talktime freebies don’t really do them any good. As a result, Circles.Life’s plans are highly data-centric, and also highly flexible (also, no contracts!). You can effectively customize your plan to fit your needs, and there’s even an interesting rewards system in place that lets you raise your data cap by performing certain actions, like referring a friend to the service.

The base plan starts at S$28/month, and you get 3GB of data with 100 minutes of talktime. Doesn't sound like much? Read on as there's more to Circle.Life's plan and strategy.

You can add an additional 1GB of data to your plan at S$6/month, or a further 100 minutes of talktime at S$4/month. But if you don’t wish to commit to an extra 1GB of data every month, you can also pay for the precise amount of data that you need with what the company is calling Boost, a way to add small data chunks (100MB, 250MB, or 500MB) for just a few dollars. Then there’s the aforementioned rewards system, which takes the form of Bonus Data that ranges anywhere from 500MB to 4GB. As of now, there's an early bird bonus data of 2GB every month, and customers also stand to receive extra data as a loyalty bonus after they've been on the service for a while.

Here’s a slide with details on the monthly base plan and other costs. Circles.Life also introduced an umbrella of free services that it has dubbed ‘Plus’ – there’s even unlimited data for both WhatsApp messages and voice calls, which is quite a nice touch. 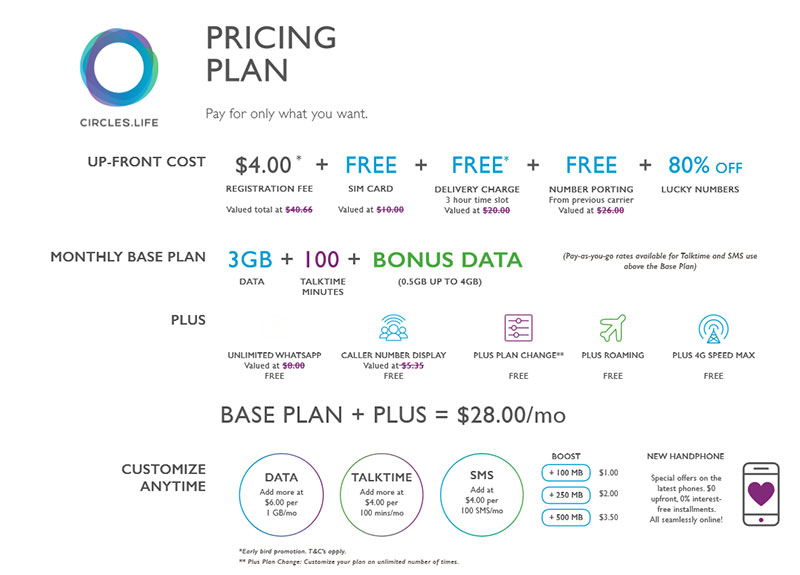 But perhaps the most intriguing aspect of it all is the fact that all these customizations can be done right in Circles.Life’s smartphone app, called CirclesCare. A trip to the telco’s store – and the mind-numbing wait time – probably doesn’t rank high on anyone’s list of favorite things to do, and that’s exactly what Circles.Life doesn’t want to put you through.

Everything, including adding data and tracking your usage statistics and costs, can be tweaked in the app. What’s more, there is a built-in customer care section that lets you speak to the support team over live chat or WhatsApp if you have any issues. 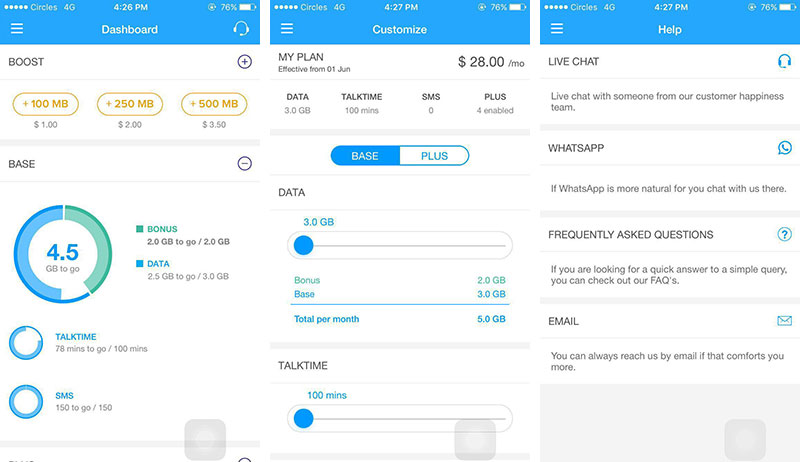 The service goes live today, and customers can head to Circles.Life’s website to sign up, after which a SIM card will be delivered to them. You’re also able to retain your existing mobile number, and you’ll be able to port it over to Circles.Life directly on their site.

Alternatively, you can also get a new number from them, including a limited range of so-called ‘lucky’ numbers that are available at an extra fee.

On top of that, Circles.Life is offering what it says is a selection of the latest phones from names like Apple and Samsung, just like a regular telco. The difference is that these will not be sold at discounted rates. Instead, a range of flexible, interest-free installments are available, courtesy of Circles.Life’s partnership with DBS and UOB (plans to extend this to other banks are underway). What this means is that you won’t need to pay a cent upfront if you don’t want to, which may be especially appealing to students and young adults.

Is it a better deal?

With that said, the foremost question on your minds is probably whether Circles.Life is in fact offering a better deal than its competitors. The answer is – as it usually is – it depends. The base plan starts at S$28/month for 3GB of data, which isn’t exactly cutthroat pricing. But things start to look more attractive when you consider the fact that the three telcos only offer between 100MB and 300MB of data at a similar price point on their contracted plans.

Then there’s the fact that SIM-only plans like M1’s mySIM+ offerings are cheaper still, and the telcos have in recent times added new options to upsize your data caps. For instance, Singtel’s DataX2 doubles your existing mobile plan’s data cap, while Starhub lets you add an extra 3GB of data for S$6/month.

But one thing to note is that Circles.Life never claimed to offer the best deal in town. Instead, its focus is on customer empowerment and flexibility. The company is directly targeting the needs of the modern, data-focused customer, and it sure sounds good to not have to pay for talktime you don’t use.

If we were to hazard a guess, we’d say that those of you currently teetering on the edge of your 3GB or 4GB plans would benefit the most from Circles.Life’s flexibility, or more specifically, the freedom to ‘boost’ your data cap with bite-sized data chunks. But if you’re already a heavy user on one of the premium 12GB plans, you may be better off staying put.