Note7 debacle Impact on Samsung and in air travel

Bloomberg estimates that the Galaxy Note7 crisis could cost Samsung at least US$2.34 billion from the sales loss, costs of inventories in the channel and component orders.

The New York Times claimed that Samsung employees were unable to reproduce the explosions for the first batch of Galaxy Note7 devices.

The Financial Times said that Samsung engineers tweaked the processor to speed up the charging process, which the battery could not handle and exploded.

Samsung issued a statement that it was conducting a thorough investigation and more information would be shared in the coming weeks.

Samsung Mobile Singapore said that Galaxy Note7 customers can get a full refund (S$1,168) or exchange for the Galaxy S7 edge with S$250 cash.

The FAA classified the Galaxy Note7 as a hazardous material, therefore it was not allowed on all U.S flights. 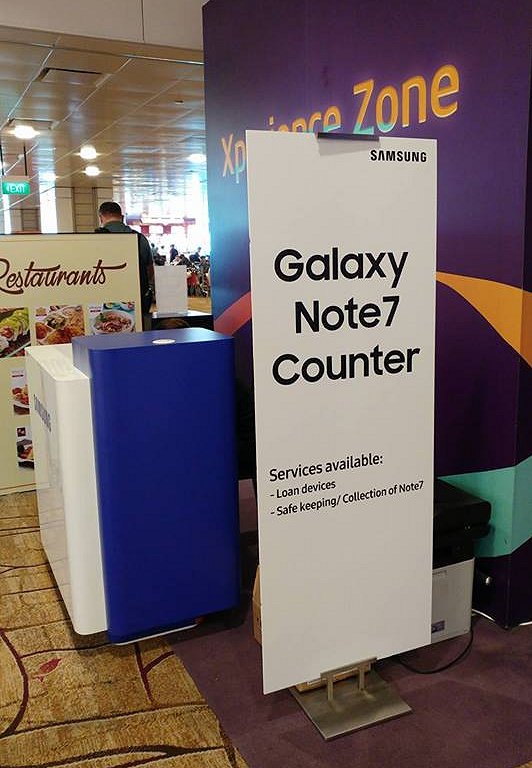 Anyone caught bringing the device onboard could face fines, imprisonment of up to 10 years or both.

Samsung Mobile Singapore set up a website for customers to select refund or exchange with home delivery or self collection option.

KGI Securities analyst Ming-Chi Kuo predicted that consumers will switch to iOS or the next best Android alternative, Huawei.

The South Korean government reportedly stepped in to assist Samsung in its investigations of the Galaxy Note7 after the latter still had no idea of what went wrong.

A Chinese consumer told the New York Times that Samsung employees approached him with a replacement device and US$900 in compensation to keep the video of his exploding Note7 private.

The Korea Herald claimed that Samsung was considering to give Galaxy Note7 users cash discounts for their purchase of the Galaxy S8 or Note8.

Galaxy Note7 users who have exchanged for a Galaxy S7 or S7 edge are eligible for this program where they only need to pay half the price of the S7/S7 edge to upgrade to the Galaxy S8 or Note8.

Samsung reported a drop of US$1.93 billion in operating profit for Q3 due to the Galaxy Note7 crisis.

Putting an end to the Note7

A Reuters/Ipsos opinion poll reveals that U.S consumers are still willing to purchase Samsung phones despite the Galaxy Note7 fires.

Hardware engineers from Instrumental claimed that the design of the Note7 compresses the battery during normal operation, which caused the battery to heat up and explode.

A Note7 user in the U.S sent a screenshot of the message stating that Samsung will modify the software to prevent the device from functioning.

For the safety of the consumers, Samsung Singapore states that it will implement a software update on 28 December to disable any unreturned Galaxy Note7.

Air crew on a U.S flight thought that someone sneaked the Galaxy Note7 onboard after a Wi-Fi hotspot named after the device was detected. It caused unnecessary panic and led to the plane landing later and cancelling a connecting flight. 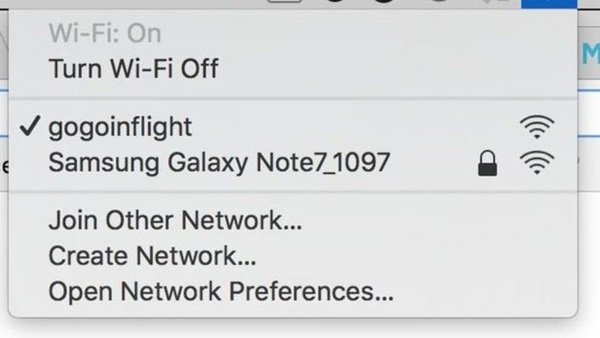 Samsung concludes its investigation and expects to share the findings in mid-January.

Despite the Galaxy Note7 recall, Samsung reported its best operating profit in three years thanks to strong sales of display panels and chipsets.

Reuters claims that the battery is the main cause of the fires and expects Samsung to reveal the official findings on 23 January.

Samsung officially confirmed that it will be announcing the findings of the investigation on 23 January.

The Wall Street Journal reports that "irregularly-sized" batteries and unknown "manufacturing issues" are the two main causes of the fires.

Samsung has finally concluded official investigations with third-party industry expert organizations. Here is their official explanation for its failure and how the company is taking all measures possible to prevent such an incident from ever happening again.