The FAA updated its advisory which mentioned that newer non-recalled devices and the replaced units with a green battery indicator are excluded from the ban.

Samsung announced that it would resume sales of the device in Korea on 1st October and global markets would follow suit in the coming weeks.

The Fire Strikes Back

A replaced Galaxy Note7 exploded on the Southwest Airline’s flight 994 and burned through the carpet and sub-floor of the plane. The affected unit was apparently turned off and exchanged at a telco's store on 21 September. 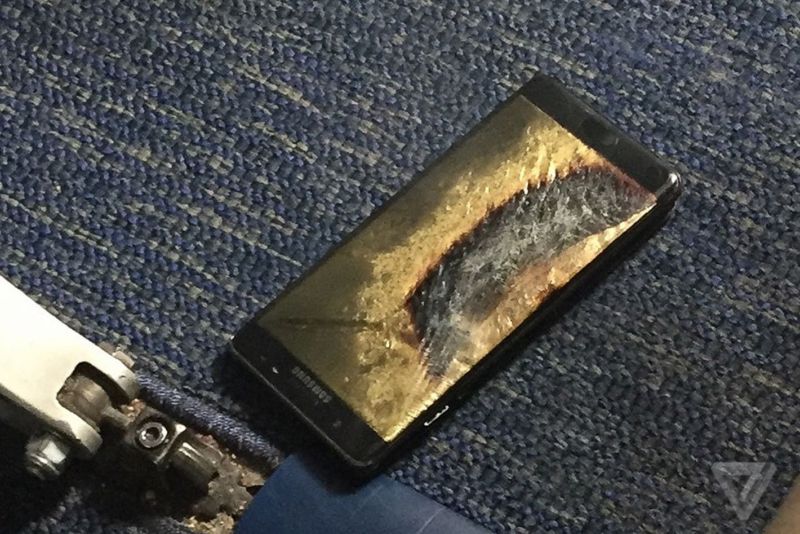 AT&T, the second biggest U.S telco and third biggest Samsung customer, was said to be considering to halt the sales of the device.

A replaced Galaxy Note7 "melted" in the hands of its 13-year-old owner and left her with a minor burn to the thumb. The device was said to be a replacement model obtained by the owner on 21 September.

Similar incidents were reported in Kentucky and Taiwan. For the U.S incident, the owner claimed to have received a message from a Samsung employee which was not meant for him. The Taiwan's Consumers' Foundation reportedly advised Samsung Taiwan the day before to halt all sales and replacements of the Galaxy Note7.

Return of the Galaxy Note7

Samsung is said to be suspending the production of its Galaxy Note7 temporarily in coordination with safety officials in South Korea, the U.S and China.

As consumers' safety is its top priority, Samsung made the decision to stop the global sales of the Galaxy Note7 for the second time in two months. It also wants Galaxy Note7 users to power down their devices immediately.

Samsung Mobile Singapore states that it is working with the three telcos and retailers to work out a resolution for customers. It will share details of the remedy very soon.

Samsung officially confirmed that it is ending production of the Galaxy Note7 for good. What this means is that the device has reached End of Life (EOL), the final stage of a product's existence - all within a couple of months since it debuted.

Consumers in Singapore can opt for a refund for their Galaxy Note7 devices or exchange them for a Galaxy S7, S7 edge or any other Samsung device with the price difference refunded to them as well.