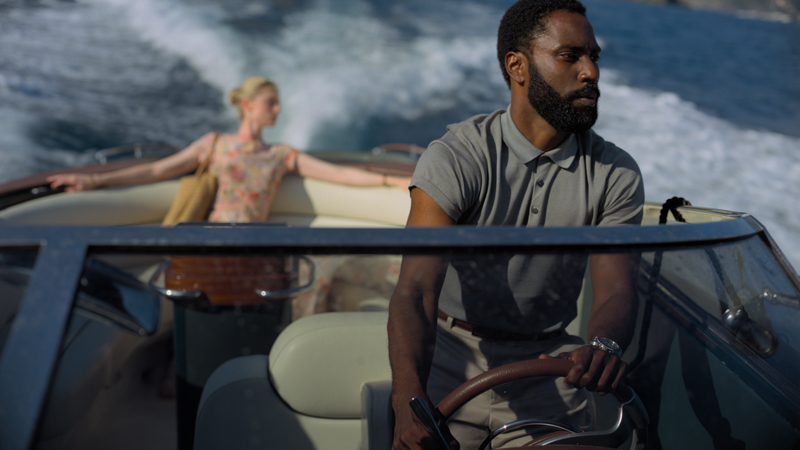 This is a big one.

It hardly feels appropriate to review Tenet without acknowledging that it’s the first blockbuster to hit cinemas since they’ve reopened. We haven’t actually stepped into a cinema to review a movie ourselves since The Invisible Man, which came out five whole months ago. Tenet itself has been delayed three times already, making the writing of this review feel especially surreal.

But Christopher Nolan’s big time travel movie is here and as expected, it’s pretty great. Nolan has played with the idea of time in his movies many times before, but the concept is taken to an entirely new level here. This is a time travel movie trying to break free from the conventions of its genre - while doubling as an action-packed spy movie at the same time. The end result is something entirely unique. Certainly flawed in places, but packed with all the ambition one would expect from a Nolan movie. 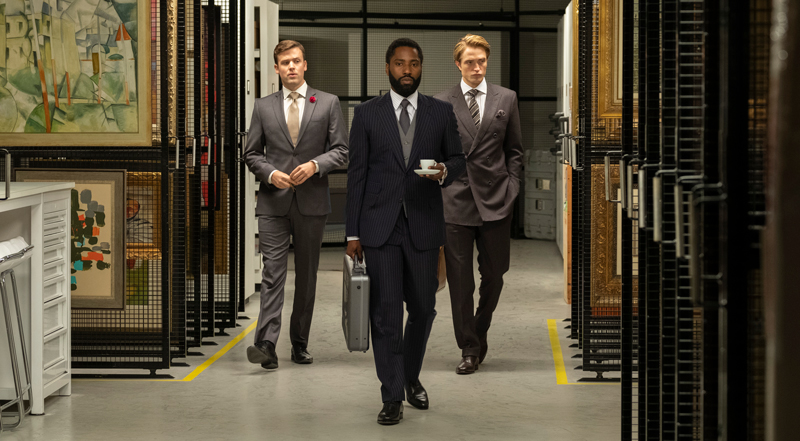 Given the enigmatic nature of Tenet’s marketing thus far, I’m hesitant to even describe this movie’s story - but I’ll do my best to do so without touching spoilers. Tenet is an incredibly atypical time travel movie, in that it doesn’t portray travelling back in time the way you’re used to. Objects and people who travel back in time become ‘inverted’, appearing to move backwards to everyone else who sees them. On the other side of that coin, ‘inverted’ people who travel back in time see the entire world moving backwards instead of forwards.

The underlying theory backing these rules lies within the law of entropy. We’re constantly told that ‘inversion’ occurs by inverting the flow of entropy for an object (or person), which then reverses the flow of time for that object (or person) entirely. Phew. Is this a review or a physics lecture? Don’t worry about the science of it all, though. Tenet’s rules of time travel are basic building blocks that support its plot - not a foolproof set of rules you can easily poke holes into.

John David Washington plays the Protagonist, a man inducted into an incredibly secretive organisation called Tenet. He’s charged with saving the world from World War 3 - which will occur if he doesn’t track down a set of nuclear devices and stop the Big Bad, Andrei Sator (Kenneth Branagh). The Russian antagonist has been communing with the future, building a plan that puts the entire world at risk. The fallout won’t just be nuclear - it will be temporal.

So far, so Doctor Who.

Nolan knows how to put together a cast 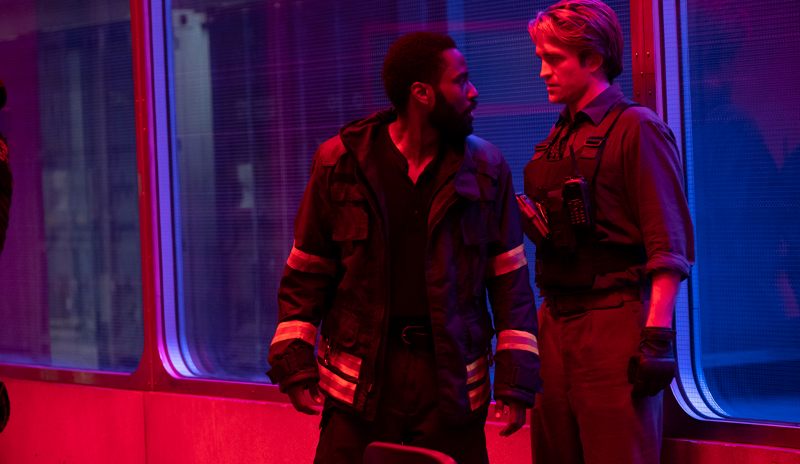 Outside of his Batman movies, I don’t think I’ve been as impressed with a cast Nolan has assembled since Inception. John David Washington does a phenomenal job as the Protagonist, a charismatic spy who executes his missions with a James Bond-like measuredness. The Protagonist acts as the audience surrogate, learning about Tenet’s world just as we do. It’s hard to stand out in roles like those, but it’s a testament to Nolan’s writing and Washington’s performance that the Protagonist does.

The rest of the main cast is filled out with some rather big names. Future Bruce Wayne Robert Pattinson plays Neil, the Protagonist’s partner in various heists and meetings with head honchos of the criminal underworld. Neil was certainly my favourite of the bunch - a cryptic man who keeps his affiliations and personal history a secret, and knows far too much about anything and everything the Protagonist needs to know. If you’re one of those people who saw Pattinson’s name get attached to Batman and think, “yuck,” you’re going to change your mind pretty quickly. 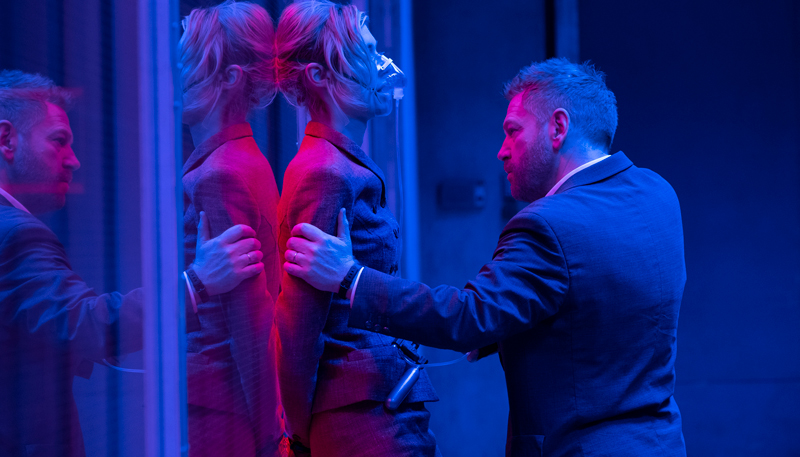 Kenneth Branagh plays Andrei Sator, a Russian oligarch who sets the end of the world in motion. As far as villains go, he’s not particularly layered - just your standard despicable bad guy. In fact, he and his wife Kat are arguably the weakest links in Tenet’s chain. Quickly rising star Elizabeth Debicki brings a powerful performance to Kat, a woman beaten down (literally) by her scumbag husband, but she's relegated to acting as a damsel in distress most of the time.

She bides her time on the sidelines for the first half of Tenet, waiting to be saved - only to serve a strangely worthless role in its finale. And answer me this: If your life were in danger and a stranger was trying to save you, would you spare a moment to kiss them on the cheek? If you were a fan of Anne Hathaway's strange speech about love in Interstellar, don't worry - there's plenty more of that weirdness here.

About that franchise potential 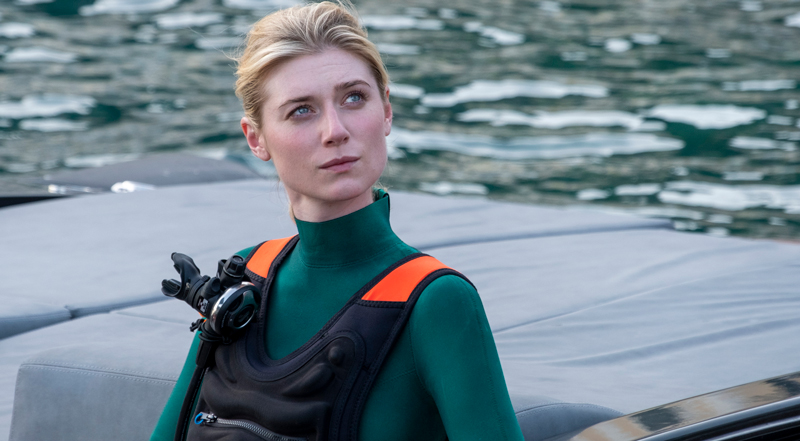 Putting a few cases of very Christopher Nolan-like weak writing choices and generic dialogue aside, Tenet’s biggest strength is the sheer creativity in its imagery. When the Protagonist runs into inverted people or objects, you see them move in reverse as he watches in real time - and I was just blown away by the absolutely remarkable way that concept was brought to life here.

It’s one thing to watch bullets fly out of a cracked screen into a loaded gun, and something else entirely when you watch a high-speed car chase play out… in reverse. Fight scenes unfold between inverted and non-inverted people, meaning one person throws punches and moves around… in reverse. All of this results in some pretty spectacular-looking sequences and action-packed setpieces unlike anything I’ve seen before.

Tenet has interesting ideas that deserve more than one movie to explore, that’s for sure. Nolan seems to think so too, because the movie ends with more than enough room for a sequel - and plenty of unanswered questions, to boot. If a sequel ever happens, I’d like to see Ludwig Göransson return as composer. He replaces Nolan’s longtime collaborator Hans Zimmer here, with a very Hans Zimmer-like score that was… actually pretty great! 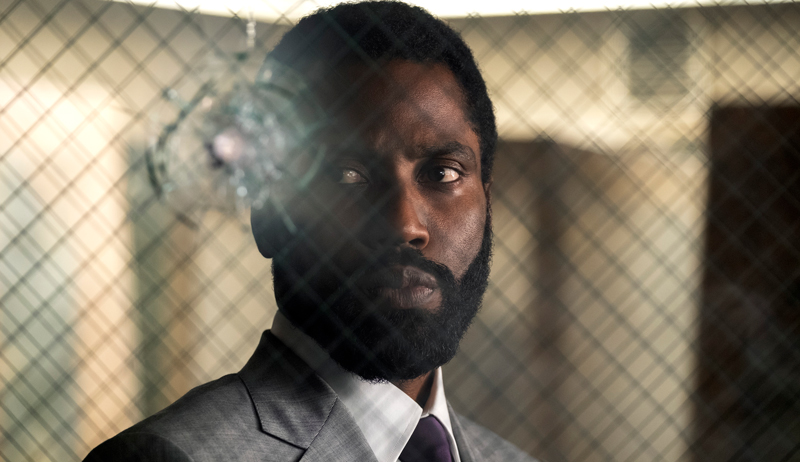 Christopher Nolan has an obsession. Almost every movie he’s made has played with the concept of time - from Interstellar and Inception to Memento and Dunkirk. This is by far the furthest he has gone in exploring those ideas however, and he’s knocked it out of the park. Visually, it’s one of the most unique action movies of all time. Watching someone fight another person in reverse is something you can’t get anywhere else - not even in John Wick.

Plot-wise, Tenet hardly feels like the 150-minute movie that it is. The story bounces back and forth from different parts of the globe almost effortlessly, with characters getting information and committing heists at a breezy pace. The movie’s only weakness lies in an underwhelming villain, a somewhat abrupt climax and poor sound mixing. You’d think Nolan would have learned to mix his movies better by now - but I still had to rely on subtitles now and again when music started drowning everyone out.

Given the opportunity however, I’d happily watch Tenet again. And again. And maybe once in reverse.