Chaos Walking Review: An anticlimactic mess that tries to wear one too many hats 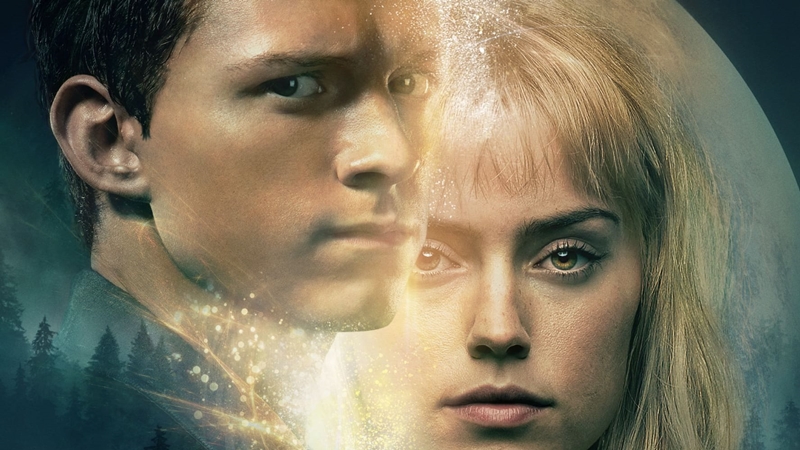 In my twenty-something years of living, I'm unashamed to say that I've never had a really high personal bar for movies, and I'll watch pretty much anything if I'm in the mood for it. The only films I might really be critical of are those for franchises I adore (like the recent Fate/Grand Order movie), or by extension, when I do it for work.

However, director Doug Liman's adaptation of Patrick Ness' novel The Knife of Never Letting Go has proven to be rather...disagreeable even to my usual palate, and it's not like they didn't have a roster of skilled actors to help them in the "star power" department.

Starring the likes of Tom Holland, Daisy Ridley, Mads Mikkelsen and an odd inclusion in Nick Jonas, the sci-fi film Chaos Walking definitely has no shortage of talent. Unfortunately, you'll quickly find out that talent isn't a cure-all, and while the movie does do an okay job at the beginning, everything after the first thirty or forty minutes can range from bewildering to facepalm-worthy. However, there's no sense in putting the cart before the horse here, so let's see what the narrative has to offer.

It doesn't start off with fireworks and explosions 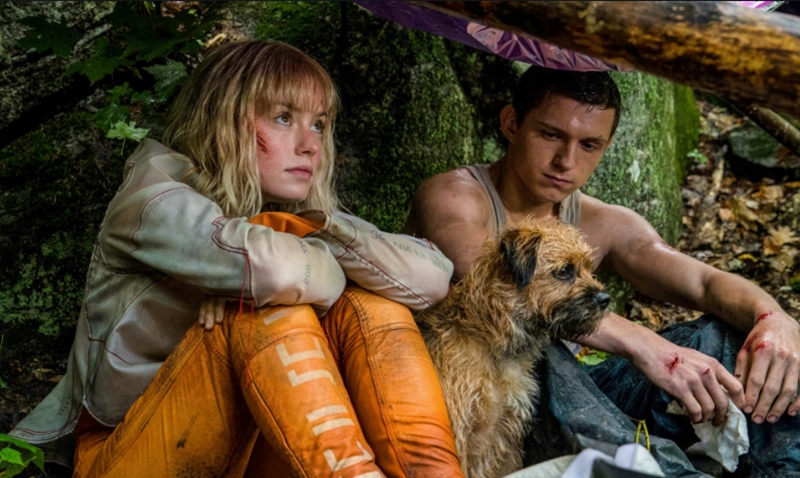 Long story short, it's obvious that this movie wasn't directed by Michael Bay.

Set in the year 2247 A.D., Chaos Walking doesn't kick off the narrative with unnecessary bells and whistles, and what we get at the beginning are just many of the usual tropes you might expect from a sci-fi film. Basically, humanity has already started venturing out into the stars, new planets capable of supporting life have been discovered, and of course the subsequent colonisation of these planets has proceeded without too much trouble. In other words, you've been there and done that.

Zooming in a little, the story takes place on one of these colonised planets called New World, and this is where we're introduced to our regular, unassuming teen protagonist Todd Hewitt (Tom Holland). While most aspects of daily life on New World are what you might expect from your usual pilgrim-era village community, there are two interesting points that set it apart from good old mother Earth. First, Todd's community only consists of men, and second, the thoughts of all the male inhabitants of New World are permanently made public via a curious force known as The Noise. 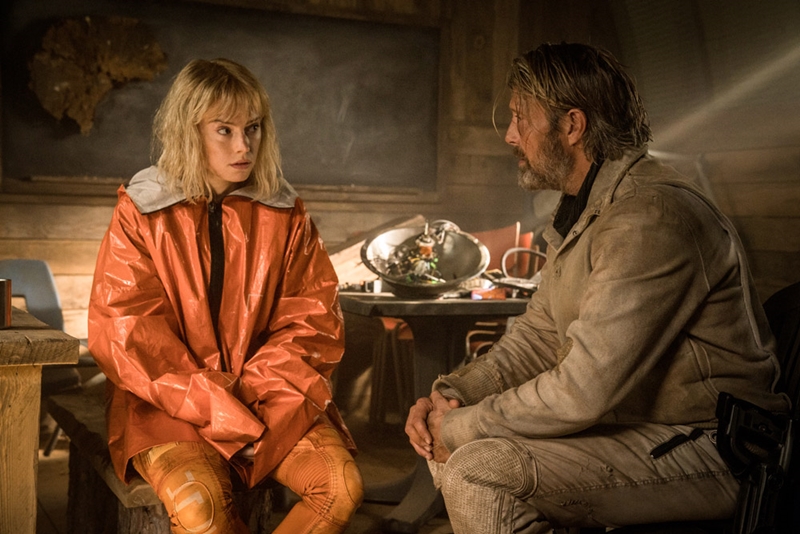 For the first half hour or so, the movie does an okay job of laying out its starting hand of cards, and unfortunately this is probably the better half of the movie. It doesn't feel that different from your typical coming-of-age sci-fi adventure tale, and it does set some decent benchmarks for the questions a viewer might ask. In short, what we're told here is that poor Todd really isn't satisfied with his lot in life farming beets, and all he wants at the start is to become skilled enough to enlist in the local militia serving under Mayor David Prentiss (Mads Mikkelsen).

However, the sudden arrival of a girl named Viola (Daisy Ridley) quickly stirs up trouble, and then we find out the supposed reason why there aren't any females in Prentisstown. Basically, what we're told is that the native alien race called the Spackle was responsible for it - they carried out an ambush and killed all the women in the community some time before the start of the narrative.

Nevertheless, after realising that Mayor Prentiss wants to capture Viola for more diabolical purposes, Todd attempts to help her escape to another colony called Farbranch in order to contact her ship, all the while being chased by Prentiss' men and the brutal, doom-saying Preacher (David Oyewolo). The story then expands further from there, and it's also where things really start to go downhill, and I do mean straight, 90-degrees downhill. 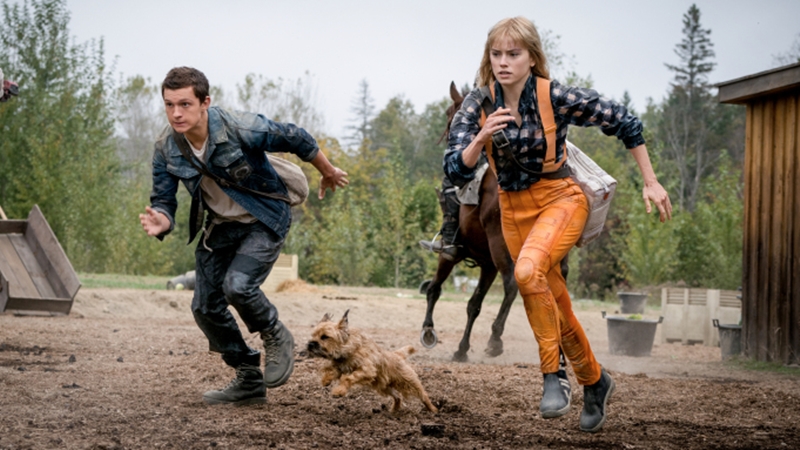 To put it simply, by the end of it, Chaos Walking isn't really a movie any more. Rather, it has metamorphosed into an immensely confusing amalgamation of coming-of-age story tropes, Salem-style witch hunts, archaic gender stereotypes and on top of all that, a huge laundry list of unanswered questions and single-use plot devices.

Yes, I know it's already a mouthful, but it's only going to get worse. I'm not just talking about the climax here, either - that aspect is seriously lacklustre enough to warrant a paragraph of its own. But we'll get there, limp as we must.

After Todd and Viola make it to Farbranch and discover that New World has more than just, for lack of a better term, "completely male-dominated societies", we also start to pay more attention to the other traditional gender stereotypes that are present in the movie. For example, there are many scenes where Todd is afraid for his and Viola's safety (and for good reason too), but the movie pulls out the same boring answer to those problems every time and calls it "character development". Basically, we just see Todd encouraging himself to "be a man and fight" via the Noise, and although it was okay the first one or two times, it just becomes annoying beyond that. 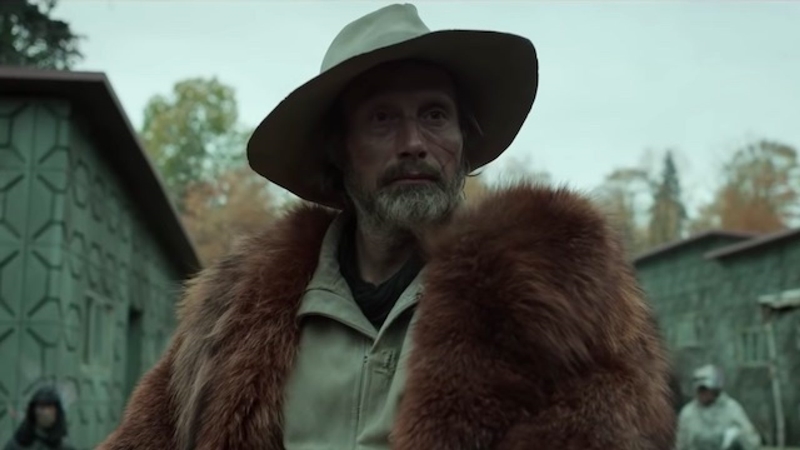 Come on, people - it's okay to be scared of something. Just because you're a dude doesn't mean it's illegal to feel fear, and the way Todd is painted here just makes him feel awfully one-dimensional, basic and worse still, stupid. Unfortunately, the same applies for many of the other characters. In fact, the only one with anything remotely close to a complex personality is Mayor Prentiss, and that's probably just for the sake of the plot too!

However, I won't go too far down this rabbit hole - I've got one toe in the spoiler pond already and that's deep enough for me. So, TL;DR: Most of the characters will stay pretty much the same throughout the entirety of the film, and I'd like to offer my condolences to anyone who thinks they're going to get an "emotionally engaging" story in Chaos Walking.

Are we seriously doing this? 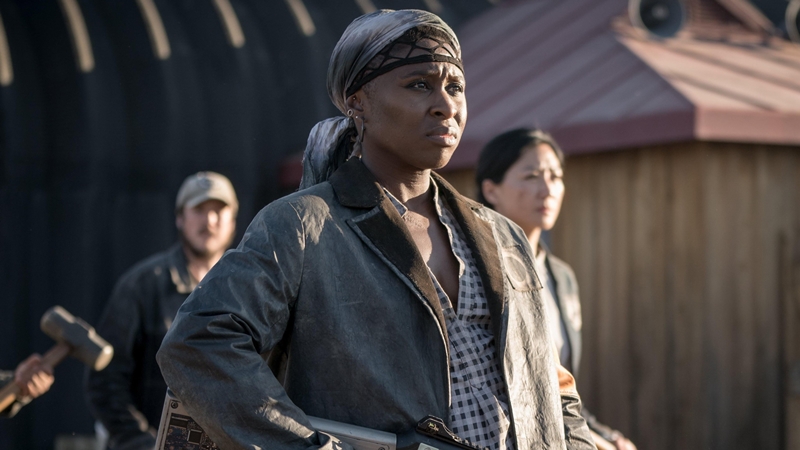 Hey buddy, I'm sorry to tell you, but we're not done yet. Promoting archaic gender stereotypes is one thing, but leaving gaping plot holes and wasting a metric ton of extremely useful plot devices is an equally unforgivable crime.

To provide the best example, remember how the Spackle were supposedly painted as a mysterious hostile alien race? Yeah? Well, the number of minutes of attention they get in the film can be counted on one hand, and even then it doesn't really tell us anything about the power of the Noise and the Spackle's relationship with it. In fact, that scene only left us with more questions than before, and the Spackle aren't ever brought into the picture after that - so much for the mysterious hostile aliens, right?

Honestly, it's a real pity, and what makes it worse is that it isn't the only plot device that they just tossed away after force-feeding it in for a few minutes.

The Noise has it even worse - we don't see any development on it beyond Mayor Prentiss conjuring an illusionary ring of stakes at the start, and it just ends up feeling like a wannabe ripoff of the Force. What's also pitiful is the climax, and all I'm going to say is that it's rather disappointing to see the "final boss" lose to a party trick that they should already be familiar with. It's not like they spent much effort building up the fight, either - we just get a bunch of people blasting each other once or twice, and that's it. So, for all intents and purposes, it's positively dull. 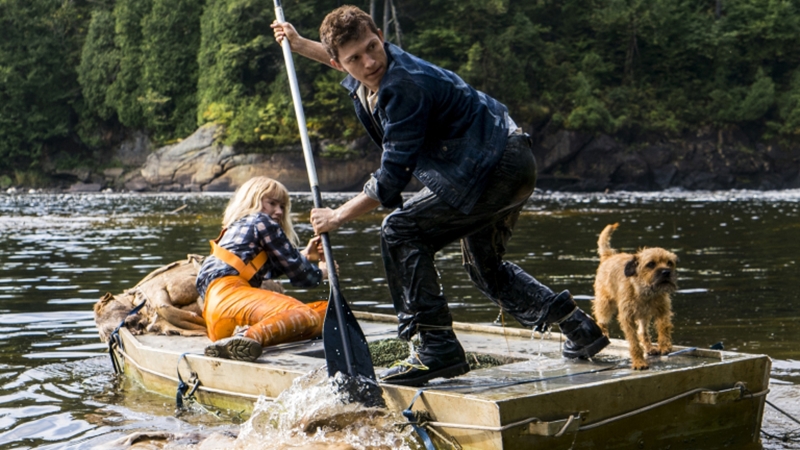 And it's a pretty sad one at that. I will admit I am quite disappointed because there was clearly no shortage of "star power". Both Tom Holland and Daisy Ridley did fine in their respective roles as Todd and Viola, and I do feel Nick Jonas' role as David Prentiss Jr. could have been more fleshed-out. As for Mads Mikkelsen, he was the real "carry" of Chaos Walking, as his performance really helped to knit the other characters together.

However, the harsh reality is that when push comes to shove, Chaos Walking just tumbles over like a house of cards, and it's basically confused as to whether it wants to be a coming-of-age tale or a dark sci-fi adventure. After all, the entirety of its plot is built on characters and tropes that are overly simple or archaic, and when your main pieces are much too straightforward like that, the entire story becomes awfully predictable as a result. Couple that with the film's generally poor use of its array of plot devices and a palpable sense of incompleteness, and it's not hard to see why it has performed as such at the box office.