The Mota Doi smartring was showcased at International CES in Las Vegas in January, but they didn’t really have any proper working sets then. Mota also took up a booth here in CES Asia and considering that the Doi smartring is still on schedule for its June 2015 launch, I thought I’d see where they were with finalizing the hardware and software.

As it turned out, I could snag a hands-on, but not exactly.

There were apparently no working models of the ring, not even a pre-production unit, but I was shown working prototypes of how navigation worked, how notifications would be displayed and its companion smartphone app. It is important to remember that I’m not previewing the actual product, but separate parts of what would make up the product in its final form.

Why do it then? Well, there is a feverish level of interest in wearable technology right now and one of the reasons why Mota has been getting so much hype is because they’re proposing a sensible alternative to smartwatches. Not everyone is looking for an entire smartphone miniaturized on your wrist. If all you need is a companion device for your smartphone that does notifications and alerts, then something as inconspicuous as a ring seems like an ingenious idea. It also feels less of a hassle to have to charge a ring daily than a watch. 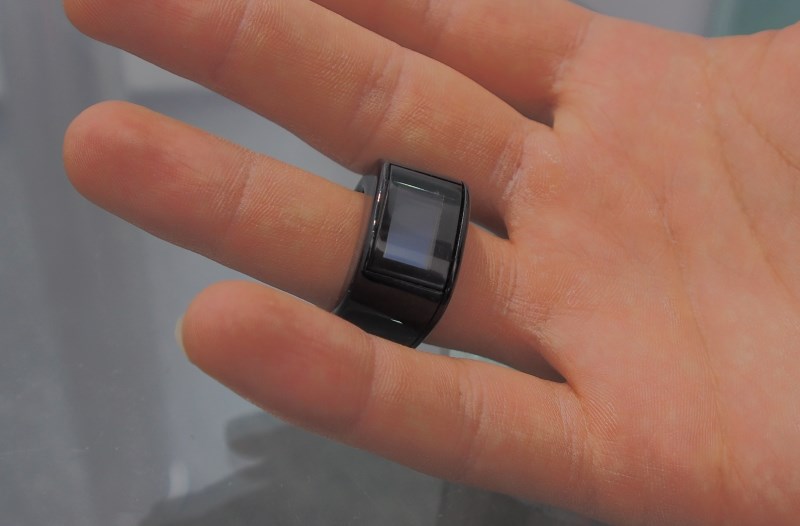 The final form of the ring seems much less rounded and curved than its original Kickstarter designs. In fact, it’s basically rectangular now. According to co-founder Kevin Faro, since the Doi is a piece of electronic equipment that requires a battery, a display and things like processors and wireless radios and such, making it round meant having to fit all the components all over, which increased the width where it might feel uncomfortable between fingers. Currently, the ring is slim and flat on the sides, with the battery located on one end, and the screen and electronics all on the other.

To be honest, it is going to look quite bulky, especially on smaller hands. On the bright side, it will probably be an effective weapon if you ever need to punch someone. Of course, one can argue that the Mota Doi is only a first generation device. Breakthroughs such as Intel’s Curie will make this space more promising in the coming years.

**Disclaimer** This is the part where I was shown the prototype. Yes, in the form of a giant Doi ring. 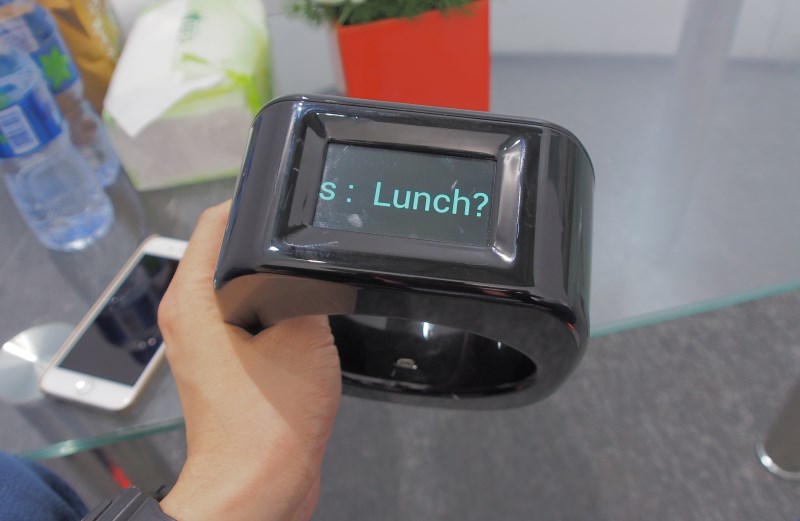 The interface to the Mota Doi is simple. If you use the ring with the display facing inward to your palm, you can easily use a thumb to navigate. Everything is done via tapping and swiping. E.g., three taps to go back to the main menu, one tap to accept/forward, two taps to go back. Menu options and notification messages are manually scrolled by swiping left or right. Everything is displayed in a single line of text or pre-programed images. For anyone that remembers, think of it like having a pager on your finger. The Doi can also be set to vibrate for certain alerts like incoming calls.

The smartphone app is pretty basic. You can set alarms, set priority contacts and filter apps so that only approved calls or notifications get sent to the ring. From what I saw, the Doi smartring is pretty much universal. The Doi smartphone app will pick up all the apps on your phone that has the capabilities of sending notifications - I’m assuming this means anything that sends to the iOS or Android notification stack - and give you the option to enable or disable them for the ring. It’s simple, straightforward and arguably functional. It certainly is less inconspicuous to view short text notifications on a ring, than glancing at a wristwatch, which in a social setting might be misconstrued as you being bored, impatient or needing to be somewhere else. 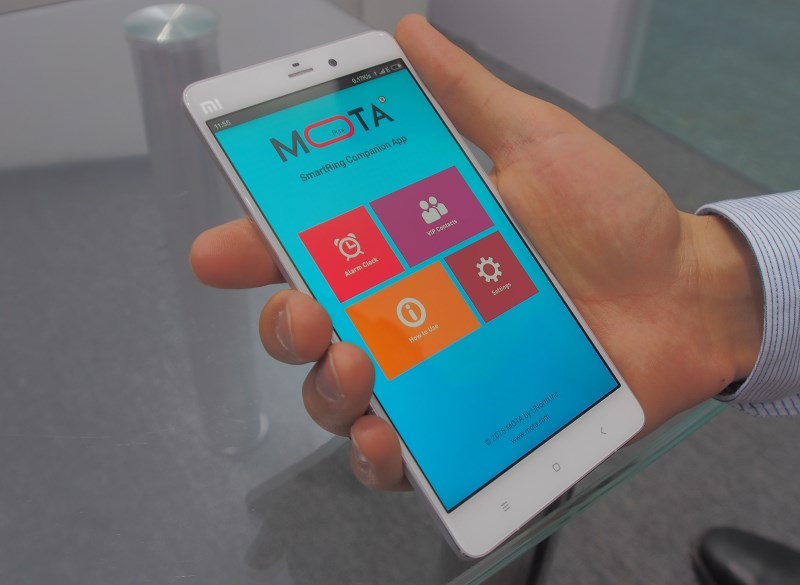 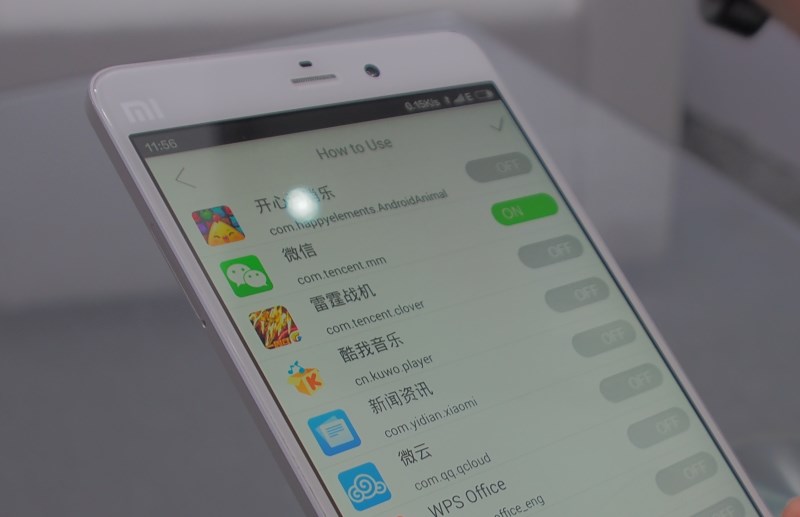 I can certainly see the use of such a device, but whether the Doi will be the one to kickstart (pun intended) this trend remains to be seen. It all depends if Mota can get their devices ready on time, with no more design changes or production delays. Mota is currently taking preorders for the Doi smartring on their website for US$150 with an estimated availability in June 2015.