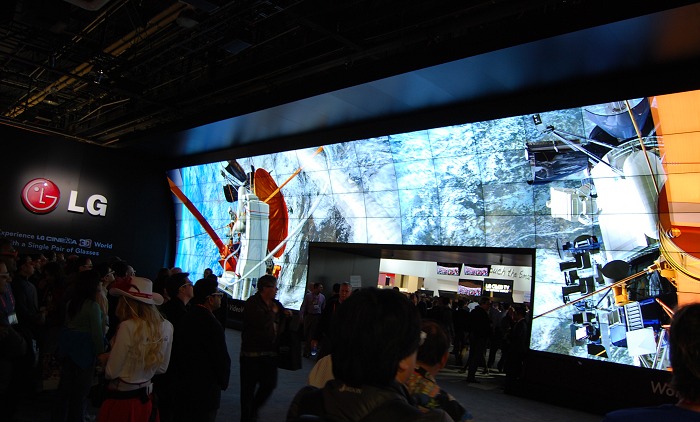 South Korean tech giant LG put up quite a show at CES 2013, wowing the audience with the word's most extensive series of 3D capable Ultra HDTVs, new Google TV sets, the world's first shipping OLED TV, the word's first and largest curved 3D OLED display,  the world's shortest projection distance for 100 inches of screen entertainment with their Laser TV and a 9.1-channel home entertainment system for an immersive surroud sound experience. These were definitely the crowd pullers, but LG has a much bigger agenda in place - to deliver a smart home with a new age of connected appliances and electronics.

The smart home concept isn’t anything new, but trying to integrate as much devices as possible to talk to one another and providing end-users tangible gains from adopting such an ecosystem is the biggest hurdle. To that extent, LG’s goal is to maintain a One-Touch Connectivity model and we’ve seen a few examples of that in action in this year’s CES show. This model covers two aspects - touch to share content across smart devices and touch to control smart appliances.

The first aspect of the model is strongly seen in their home entertainment equipment as LG’s combination of an enhanced SmartShare feature and the improved Magic Remote aim to help users achieve a “smart life”. SmartShare supports a variety of media communication and transfer protocols like Intel’s WiDi, Miracast and even NFC tagging to instantly transfer media content from one compatible device to another over Wi-Fi or 3G/4G. While LG SmartShare compliant products work best and most seamlessly, such as their new range of Blu-ray players and AV equipment, technically, such seamless sharing is possible with other compatible devices utilizing the same transfer protocols. As such, SmartShare is more of an overarching theme to seamlessly share content across a multitude of devices through commonly used protocols. The idea behind this is to use technology to enable users to achieve their end-goal (in this case content sharing) with as little effort as possible.

Moving up to a broader scope of a smart home (or connected home) and LG’s quest to maintain one touch connectivity, a number of their appliances have been made smarter in this year’s line-up with special emphasis on their smart refrigerator to act as the hub of your home. In this regard, LG is actually a pioneer as it invented the Internet Fridge back in the year 2000. That US$15,000 fridge essentially had a touch-screen that could provide some multimedia functions like watching TV shows, listening to MP3 music, use it as an expensive photo frame and surfing the web for recipes - basically all of what a modern day tablet could tackle and more by just ‘sticking’ one your fridge door. The only aspect relevant to the fridge was its food management application, but it felt more like a tack-on and it wasn’t integrated in any ‘modern’ manner. Fast forward a decade later in 2010, we were still lamenting of these supposedly ‘connected’ refrigerators.

LG has made a drastic leap since 2011, starting with the Smart ThinQ series of appliances which consist of the fridge, washing machine, oven and a robotic vacuum cleaner. The first iteration were geared for better energy efficiency and monitoring as they took advantage of the multi-tiered power grid pricing structure in certain countries and providers. This would mean having a smart meter that communicates with your LG ThinQ appliances to take advantage of lower grid pricing to put more energy consuming tasks in action like an overnight wash or ramping up the fridge to cool its contents during more off-peak periods and much more.

The 2013 edition of LG’s Smart ThinQ appliances build upon the improved functionality and smart features present in the 2012 refresh. The smart fridge sees the most improvement and comes with a new Smart Manager that perhaps has the best food management system around and allows you to check what’s within the fridge without opening the door. This allowed LG to implement Smart Access where users can check the state of their appliance, its contents and even retrieve a shopping list stored on the fridge. Smart Manager also recommends dishes that can be prepared based on the supplies in your fridge. Complementing it is the Health Manager for daily meal planning based on individual’s diet plans and custom profiles for each member of the family. Lastly, Smart Diagnosis allows better self diagnosis of smart appliances through the use of Wi-Fi, NFC-tagging and even audible diagnosis alerts to alert customers of minor issues, assistance to rectify them and linking up with service staff for more serious issues. If you reside in Korea, the Smart Shopping is enabled for online grocery shopping and even auto purchasing supplies that run low!

The smart washing machine and oven also come with Smart Diagnosis, Smart Adapt, Smart Access and are Smart Grid ready. Smart Adapt assists the machines to get newer washing cycle programs or obtain newer pre-programmed cooking options for different food items. Smart Access on the other allow monitoring and even start/stop of the washing machine and oven over the phone or home TV. Even pop-up message can be set to appear on your smartphones such as when the oven has reached a preset temperature or update you on your washing cycle stages. These appliances can also communicate with each other, such as a recipe recommended by the fridge can set certain steps in motion like pre-heating the oven to a certain temperature/timeframe and more. NFC support is prevalent for either diagnostics checks or programming the oven on the next cooking cycle for example. 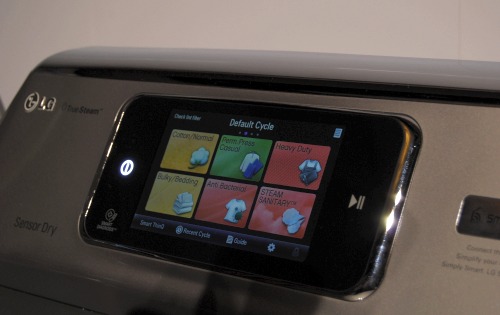 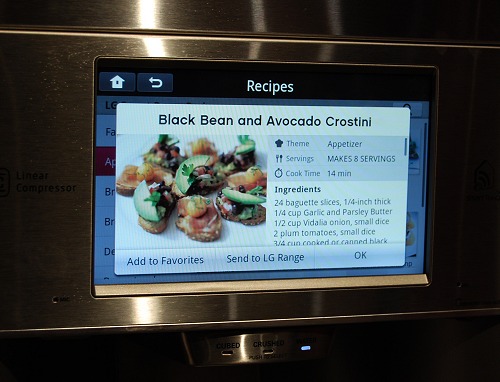 Last but not least, the smart Hom-Bot is your regular roving vacuum cleaner that can now be programmed and monitored remotely, while its built-in camera doubles up as home surveillance.

As you can see, LG has been steadily improving the smart home idea year after year. While the overall improvements and tangible gains are debatable as they vary from country to country in terms of infrastructure and support to carry out the full set of smart home features, the idea is alive and well. Individuals who need all the automated assistance possible in optimize their time will find the ThinQ appliances helpful, but for the vast majority, the premium to pay for these advanced products far outweigh the gains. In other words, it will be a while before everyone is able to afford the ‘smart dream’, but when it comes about, you can bet that LG has probably got it all figured out with even far more tangible gains.

Until that time comes about, LG’s focus would be to maintain its edge in Smart TV platform leadership and push for its premium display products to be out in full force, such as its line-up of Ultra HDTVs of different screen sizes, and OLED TVs such as the 55-inch model that they’ve already started sales.

To get to know more of what happened at CES 2013 with regards to LG, hit these links below:-