Taking Metro to a Window Near You

During last year's CES, Microsoft shared a much guarded secret that the next generation Windows can run on the ARM processing architecture, which has been making its presence felt as more people flock to get connected on smartphones and tablets. This is of course in addition to Windows 8 still being compatible on the well establishing x86 processing architecture on the desktop. Not only that, the Redmond company also mentioned that the Windows experience will be different and it would scale well to small screen or large screens.

A year later with several other developments that have taken place, in this year's CES keynote, Microsoft CEO Steve Ballmer helped connect the dots and clearly illustrated that the company is fully committed in delivering a seamless user experience across any screen. Familiarity, usability, cross-platform collaboration, compatibility and worry-free experience will automatically arise from taking this approach and we applaud Microsoft for taking this direction. 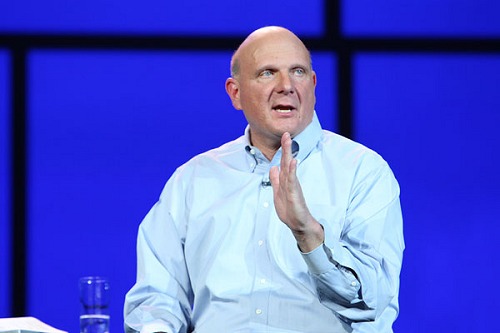 The key to making this happen is with the Metro UI, which was first unveiled in Microsoft’s Windows Phone 7 OS. The friendly large and dynamic tile based interface has become quite a game changer, especially in how customers perceive Windows and Microsoft in general. Very recently in December 2011, Microsoft rolled out an Xbox update to bring Metro to the big screen.

With the Metro experience rolled out in two mass market areas (mobile phones and home entertainment on the big screen), they are now poised to impart this major change to their most important product, the Windows OS itself. With the developer preview of Windows 8 out since the last quarter, techies have already had a chance to understand what’s in store for them. Coming up in February, Microsoft will release the next beta build for trials as well as open the Windows 8 Store for developers to begin utilizing and populating the market prior to the full fledged launch of the OS. 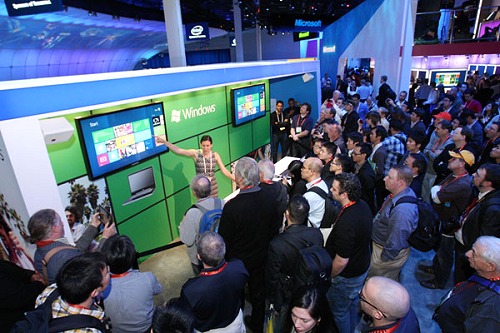 The success of Windows 8 is very pivotal to the company as the OS will be used in not just traditional desktops and notebooks, but also on tablets. Furthermore, it was designed to work with both the x86 and ARM processing architectures to ensure the Windows ecosystem can expand rapidly across a variety of devices and bring the best of the tablet and desktop environments - all in one OS.

Making sure everything gels as expected is the top priority for Microsoft and will be the company’s main agenda for the year. For that to happen, software isn’t the only space they are evolving. The Microsoft Hardware team offers a wide variety of peripherals to support the computing environment and also hold high design values such as empowering consumers with the control, comfort and usability in an ideal design.

Then there’s the extended ecosystem of hardware partners where Microsoft is working hard to ensure the end-to-end experience is as per their initial vision. During the show, NVIDIA and AMD showed off tablets that work on their Tegra and Fusion chips respectively, while the plethora of notebook vendors showed off their upcoming Ultrabooks which would eventually be running Intel’s next generation processors and sport Windows 8.

In all, Microsoft is investing heavily into a no compromise user experience across any type of device with the Metro UI being key across desktops, notebooks, tablets, phones and not to forget, the TV via the Xbox experience.

To get to know more of what's happening at CES 2012 with regards to Microsoft, hit these links below:-