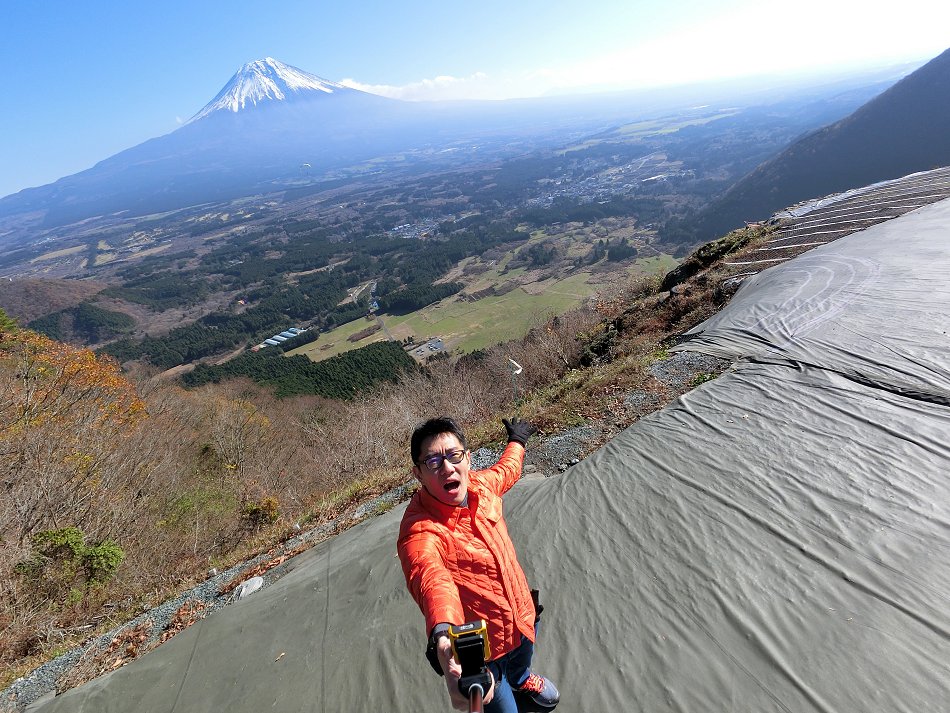 Last year, Casio experimented with a concept camera design they termed the "freestyle" camera with a detachable module that allowed users to shoot from unexpected angles. It also targeted the active community, but unlike the GoPro which focused on video, the FR10 was photo first, with limited video capabilities. To understand it better and see what is capable of, you can read up on our previous feature on the Exilim FR10 over here.

Its successor, the Exilim FR100, retains an identical design at first glance, but Casio has almost overhauled the entire camera with new hardware and software algorithms. The FR100 extends the "freestyle" concept with a more robust wireless connection between control and camera modules. While it still uses the same Bluetooth 2.1+EDR connection as the FR10, Casio tweaked its antenna placement which results in a more stable connection. The camera module also has better shock resistance with the inclusion of gel shock absorbers in the design. It can withstand drops up to 1.7m (or 1.3m when connected with the control unit). Water resistance of the camera module has been bumped to IPX8 standards (up from IPX7 of the FR10). It's not much, but instead of just being able to statically submerge it, you should be able to swish it around underwater up to 1.5m for up to 60 minutes. 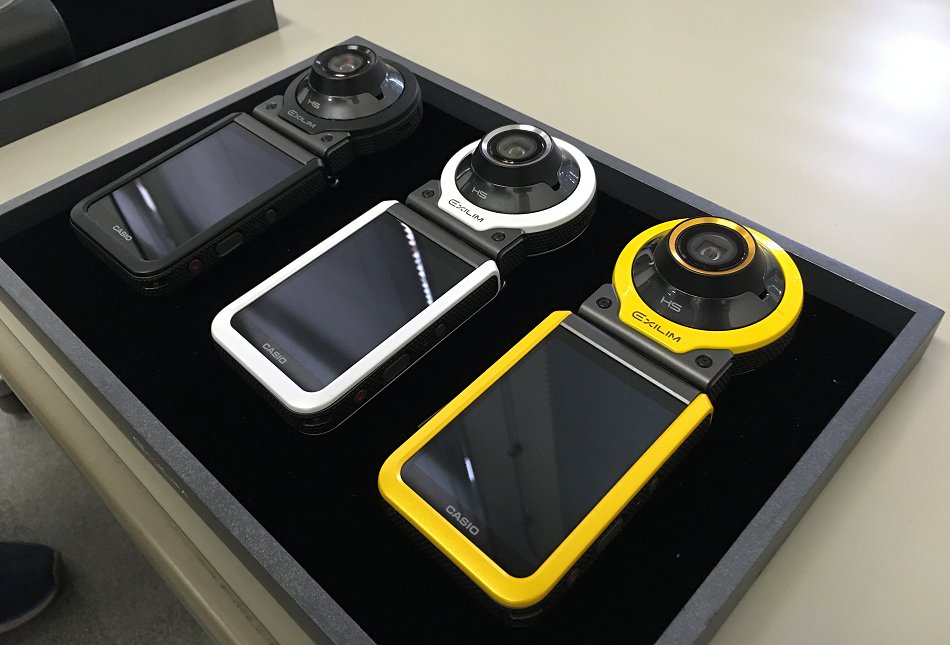 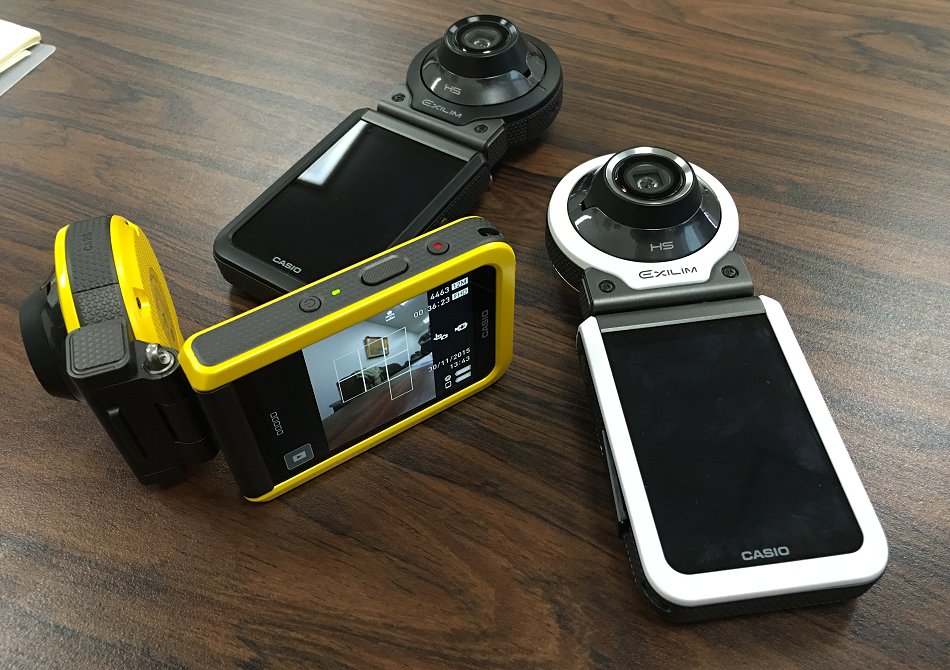 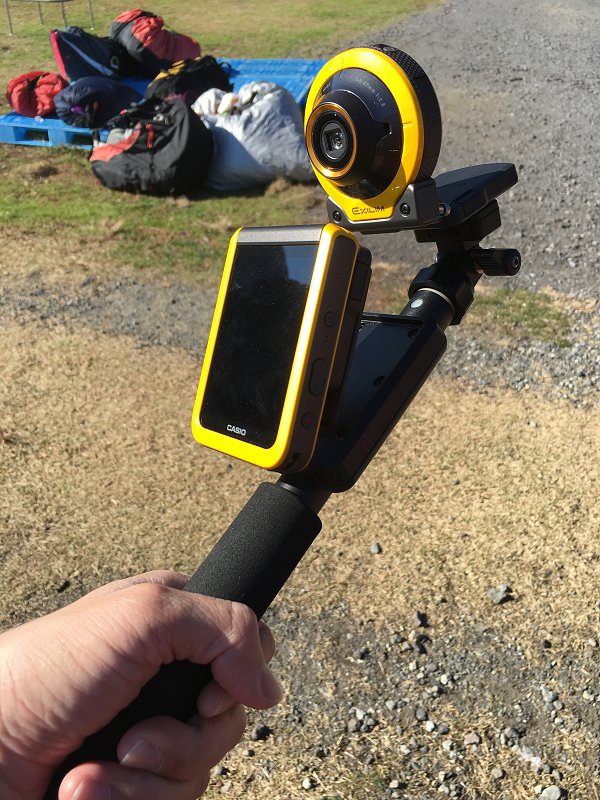 The controller unit hasn't changed much in terms of usability, but you now get a larger 3-inch touch LCD (up from two inches on the FR10). This means image previews, controls and framing are all much clearer and sharper.

The camera has a smaller 12MP 1/2.3-inch CMOS sensor (as opposed to 14MP on the FR10). However, image quality and shooting performance is actually greatly improved through the use of Casio's advanced dual-core HS Engine 3 processor. It can shoot 30fps stills manually or make use of Intelligent Interval shooting, where the camera will capture "more than 100 frames" and then choose the best shot to keep. These improvements mean that the FR100 is now on par with other premium Casio compacts such as the EX-100 and ZR3500. The FR100 is also now capable of recording Full HD 1080p video with two levels of anti-shake correction.

It incorporates a new 16mm, f2.8 super wide-angle lens (the FR10 had a 23mm, f2.8 lens) which allows for more impressive panoramic shots with minimal distortion at the sides (as opposed to a fish-eye lens like the GoPro). Here are more sample photos from our media hands-on trip:- 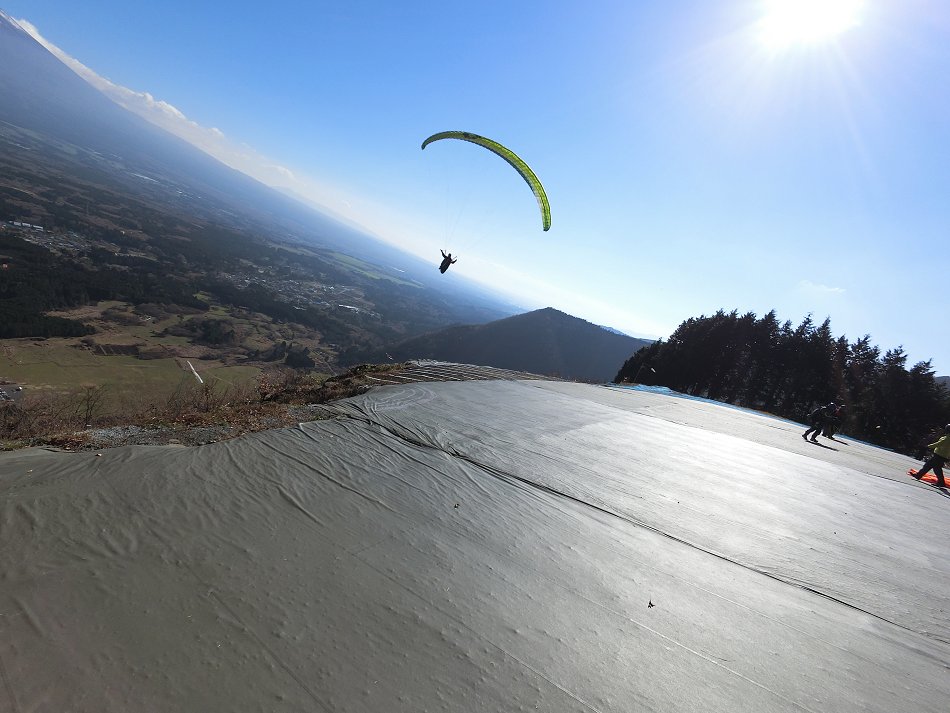 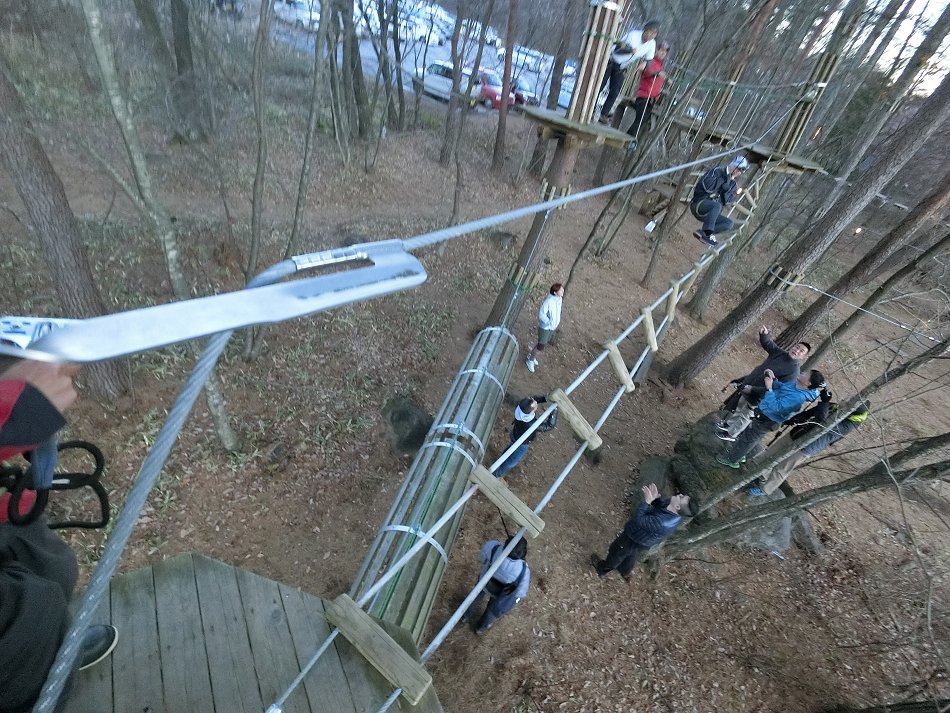 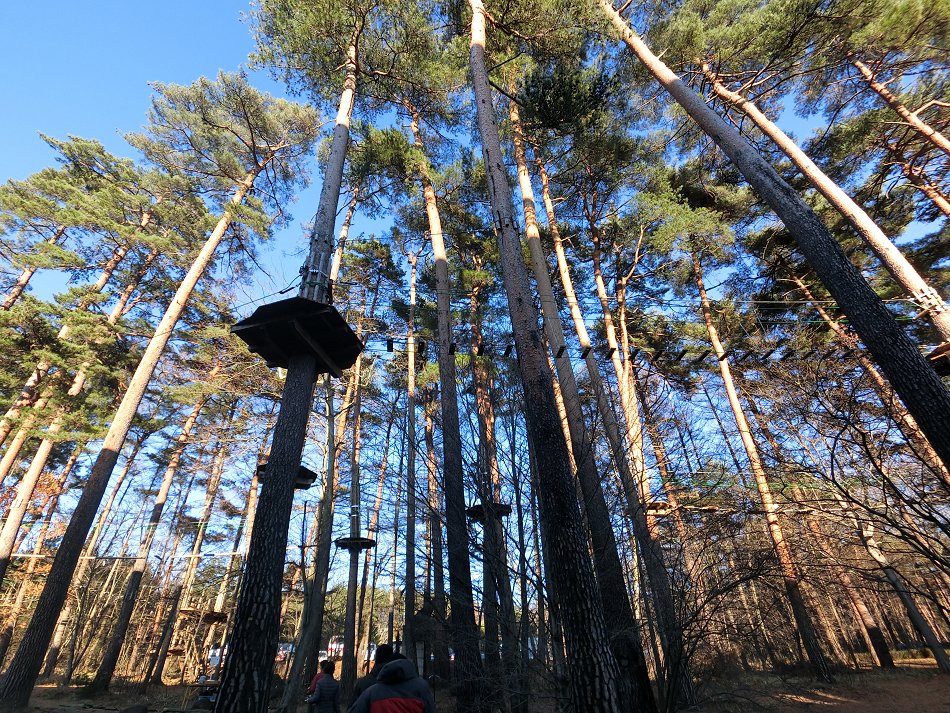 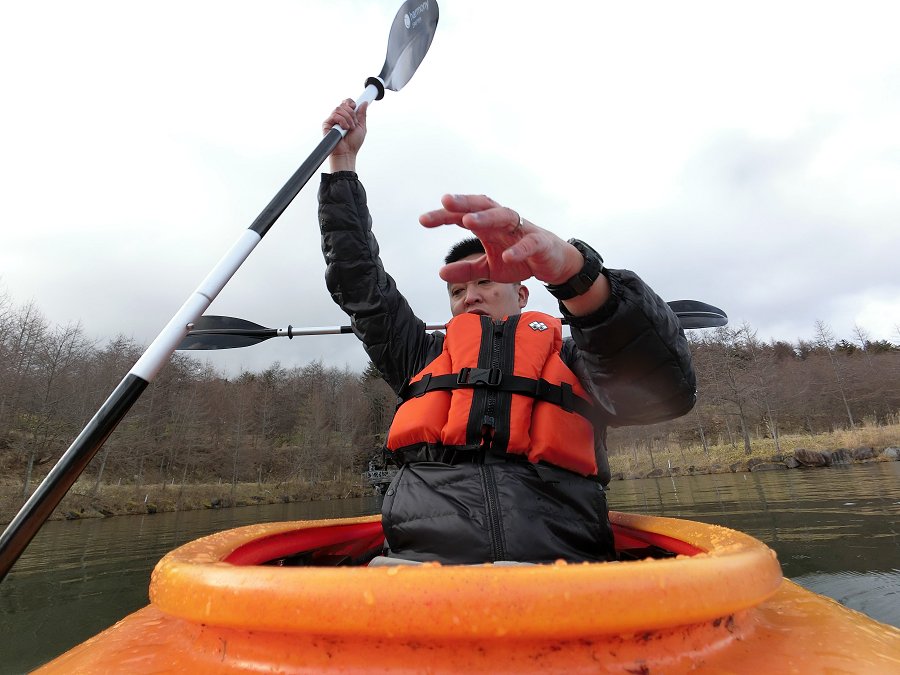 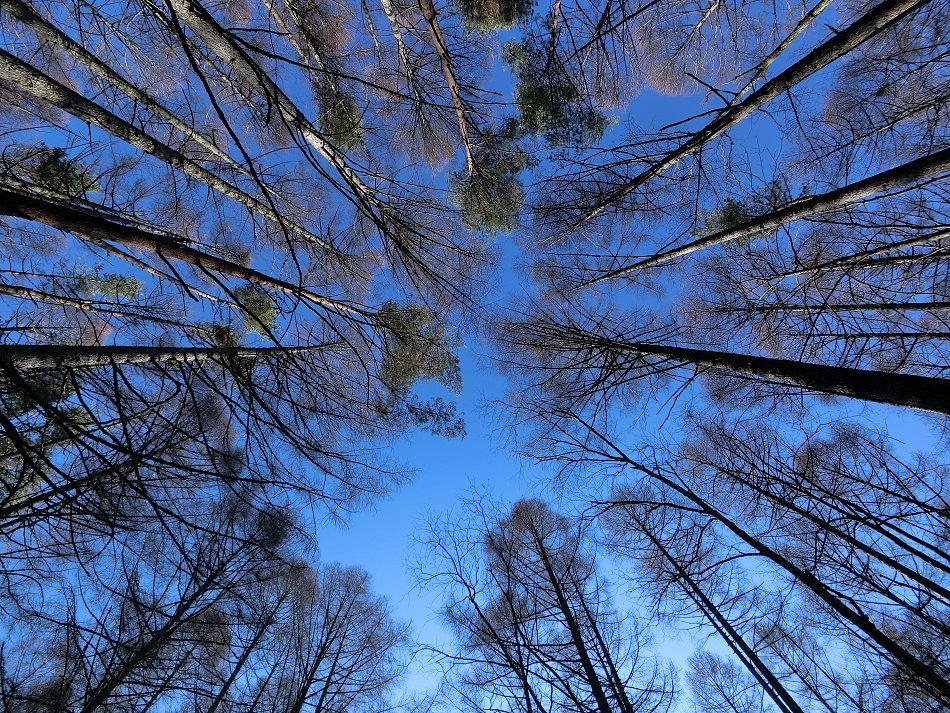 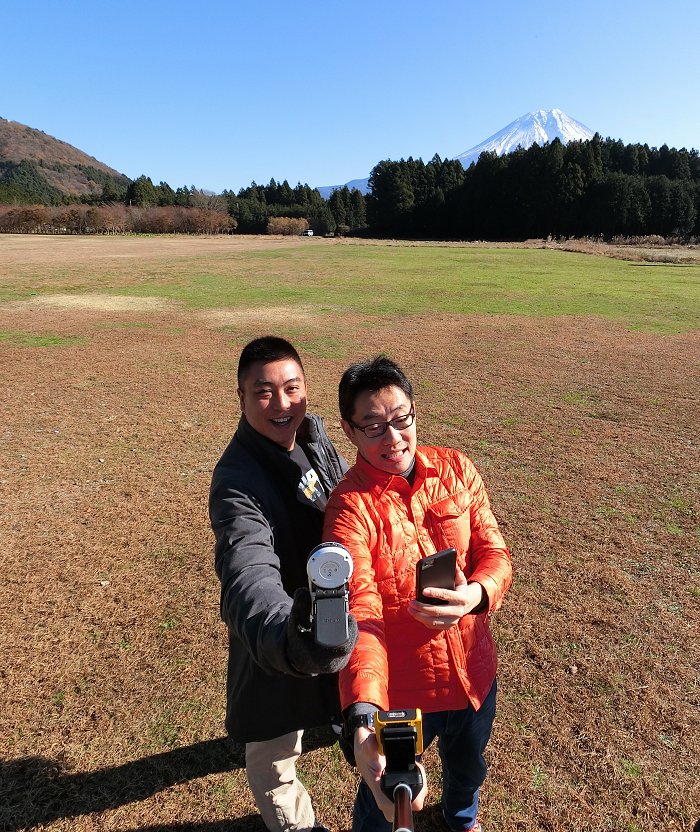 The new freestyle camera also comes with a couple of useful accessories to extend its usability such a LED ring flash attachment and a Marine case to bring the camera to depths of 20 meters! 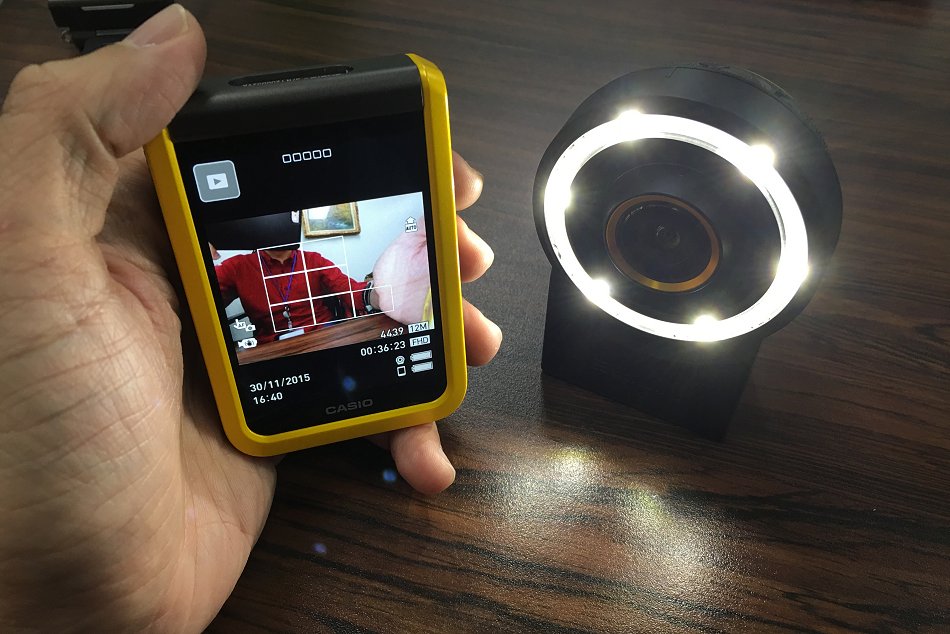 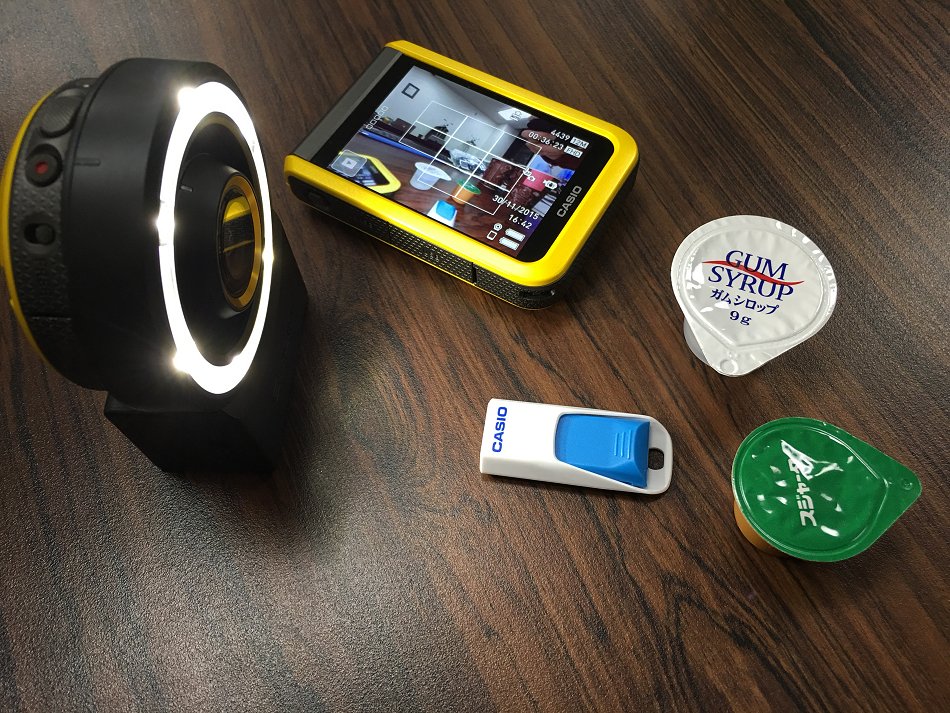 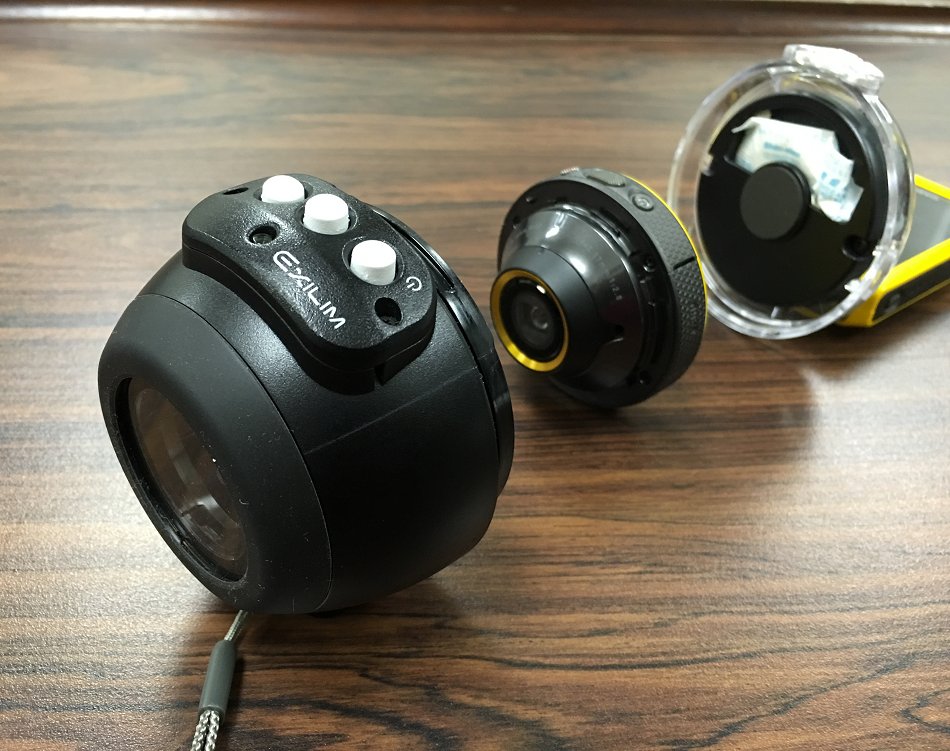 The Singapore pre-order of the FR100 started on 4th December with a launch price of S$699. The first 50 pre-orders will get a bundle worth S$238 that consists of a custom selfie stick, marine case (up to 20m depth) and a 32GB SD card. There is also a launch promo for S$100 off when you trade in your existing camera (FR10 users can use this for an upgrade). All your existing accessories should continue to work with the FR100.