Canon EOS 5DS: A day out with the 50.6-megapixel behemoth

Canon 5DS – A day out with a Megapixel behemoth 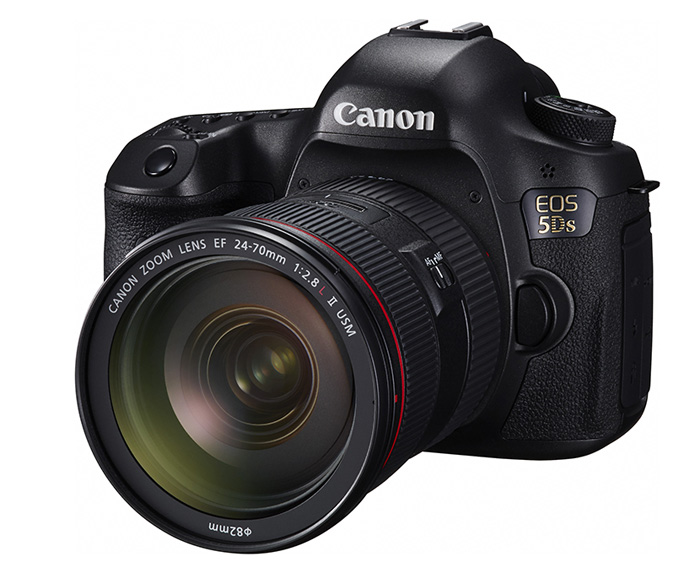 With the release of the EOS 5DS and the EOS 5DS R, you could say that many Canon users finally got the camera they’ve been waiting for – a high-megapixel camera with enough resolution to rival the likes of the Nikon (with their D810) and the Sony (with their A7R which has recently been updated to the A7R II). After all, it has been three years since the announcement of the original Nikon D800 and two years since the announcement of the Sony A7R, and there wasn't a high-megapixel competitor from Canon in sight.

Until now that is. With the EOS 5DS and the EOS 5DS R, Canon has effectively leapfrogged the competition, moving from 30-plus megapixels resolution to 50.6. In case you’re wondering, that’s just entering medium format territory, as currently only digital backs like the Phase One IQ3 XF 50 and Hasselblad’s H5D-50 boast sensors with resolutions higher than 50 megapixels.

Of course, that’s not to dismiss the quality of these medium format digital backs. There is a lot to be said about lenses and pixel pitch when discussing just how much a camera system can resolve, but for all intents and purposes, let’s just say that we can easily take the 5DS (and the 5DS R) to be the highest resolving 35mm-format digital cameras for now.

The EOS 5DS feels like quite a massive camera in the hand, weighing 845g (body only) and measuring 152 x 116 x 76.4mm, but is actually lighter than the EOS 5D Mark III before it (that weighed 860g) and about the same size. Continuous shooting is down to five frames per second from six in the EOS 5D Mark III, which is actually quite an impressive achievement when you consider that the EOS 5DS is handling files that are more than twice the size.

Despite having to move 50 megabytes with every shot, the camera was fairly responsive, and the buffer for continuous shooting certainly seemed adequate for most types of photography. Canon has listed its shooting performance as 31 frames on JPEG Large/Fine, and 12 Frames on RAW, which are certainly serviceable numbers. Autofocus was also generally fast and accurate even in low light situations.

Paired with something like the EF24-70mm f/2.8L II USM, which in itself weighs 805g, the camera and lens combination certainly can get fairly heavy, so we’d advise taking the proper precautions when possible. Using a tripod will probably be one of the main requirements to get the most out of the 50.6-megapixel sensor as the increased resolution means that even the slightest of camera shakes will be evident in your snap. Even then, you’ll want to be careful when releasing the shutter as the tripod itself can be subject to vibrations which will certainly show in the captured shots.

When shooting handheld, we’d advocate going for a 1/(2x focal length) rule as opposed to the usual 1/(focal length) rule of thumb. In essence, if you’re shooting at a focal length of 60mm, you’ll want to be shooting with a shutter speed of at least 1/(60x2) seconds to avoid camera shake. Telephoto lenses will also require more care when focusing, as a slight difference in focusing can mean a huge difference in terms of what elements are actually placed in focus.

That also means that when you are reviewing images on the camera, you have to take extra care to zoom in till you get close to 100% so that you can truly be sure that your images are properly in focus. It’s a bit more effort than what you might be used to, but that’s the result of having the potential to capture that much in focus.

Images captured by the EOS 5DS obviously have plenty of detail, but we were pleasantly surprised by the low ISO performance at long exposures. A 13-second night exposure left us with an image that was fairly clean of noise at default settings, and we’d say that images taken at ISO 6400 are very usable, with images at ISO 12,800 usable with a little bit of post processing. In terms of colors, we do think there’s a very slight magenta tinge to the images, but overall the colors are accurate and vibrant. 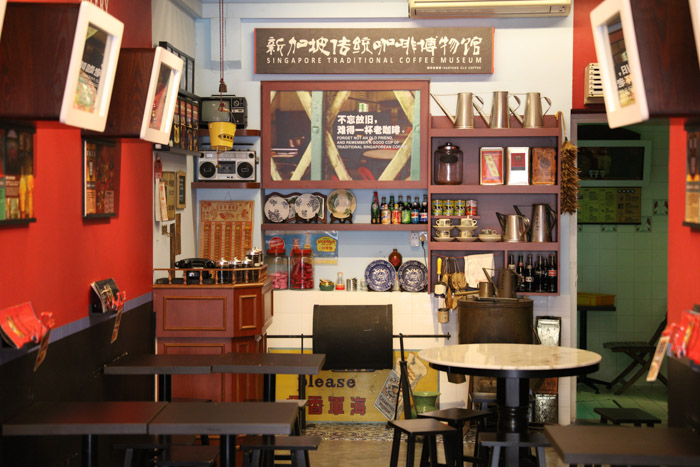 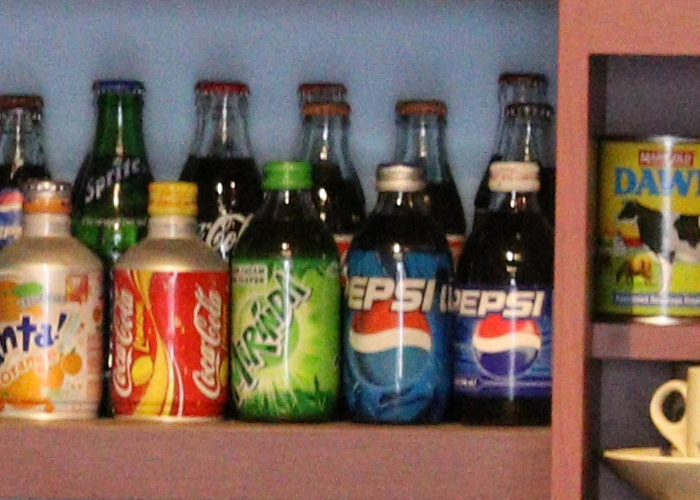 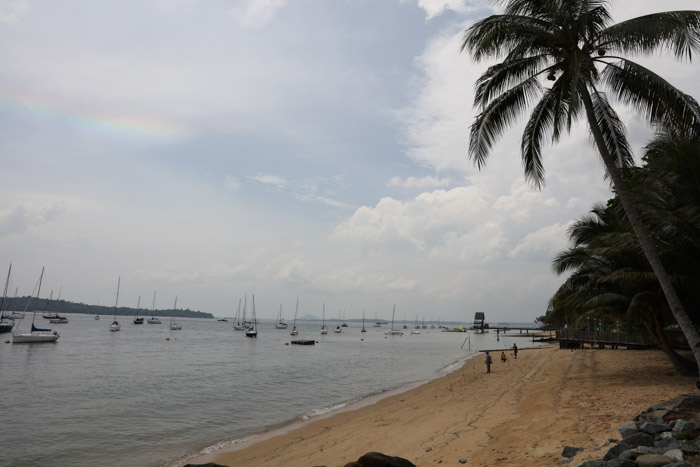 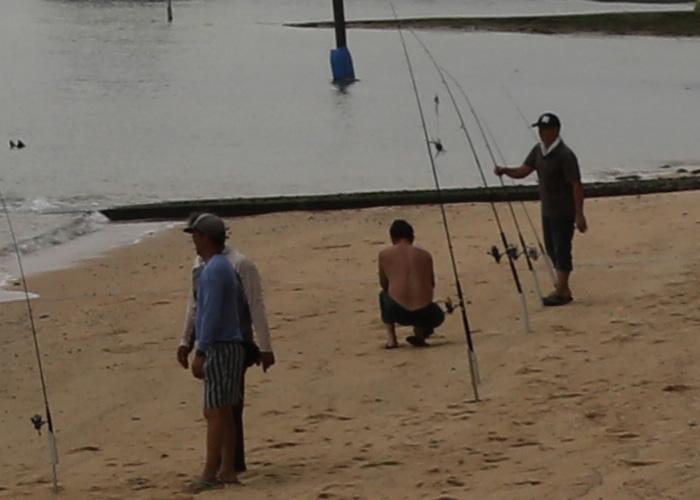 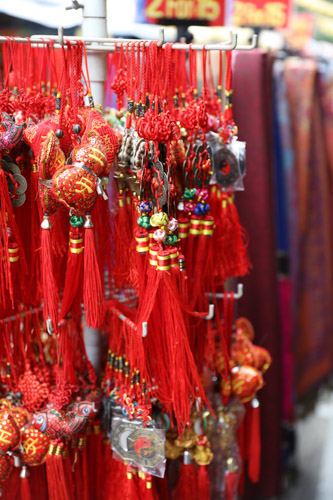 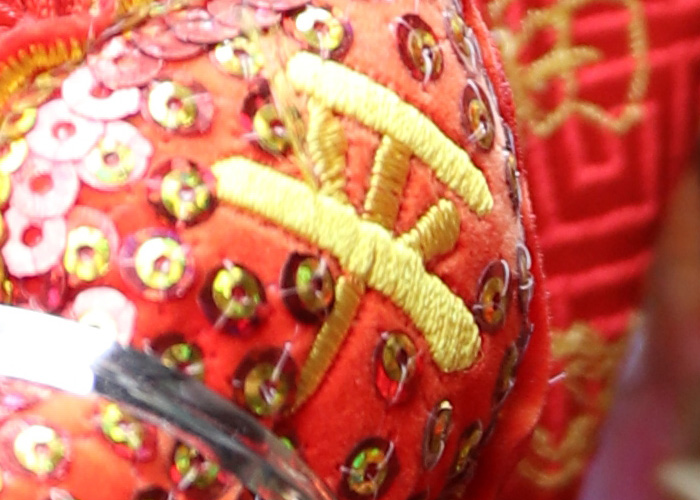 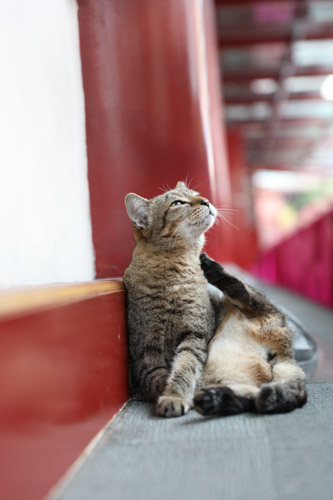 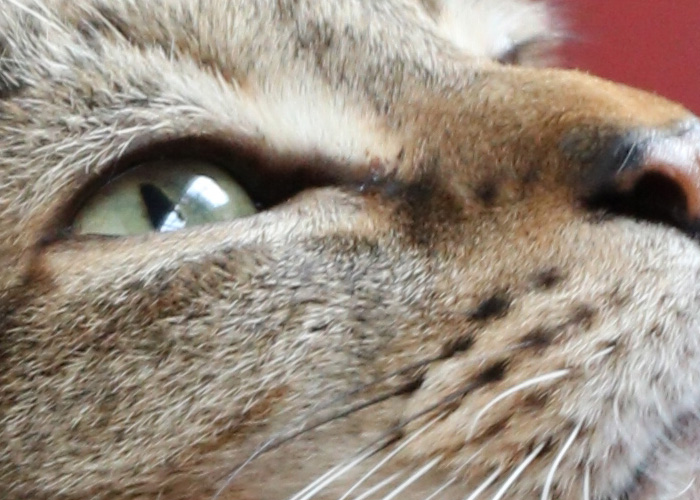 We'd say the EOS 5DS does a good job of exposing to maximize the dynamic range in the scene. You can also see the detail in the fabric ball and in the fur of the cat respectively. The sky for the day was largely overcast, accounting for the slightly muted colors but overall, we'd say that colors are fairly true to life.

And now, some low-light scenes: 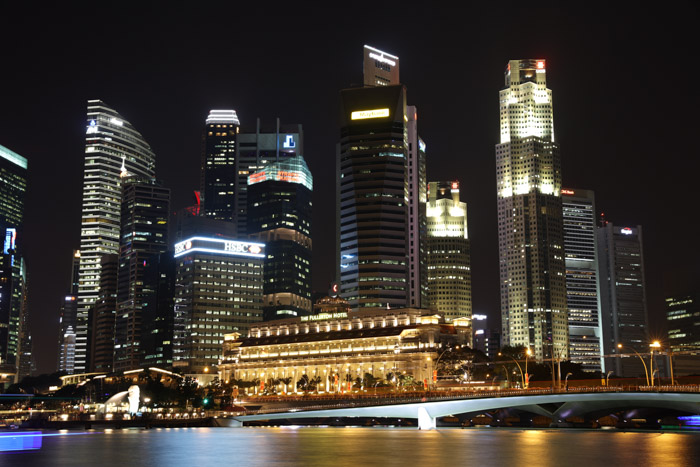 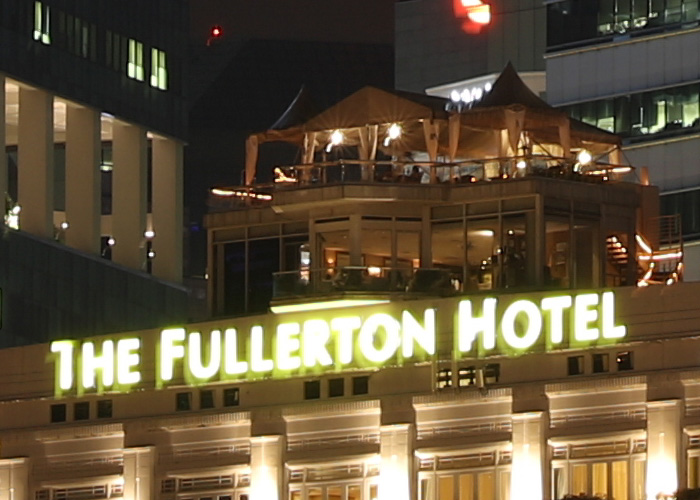 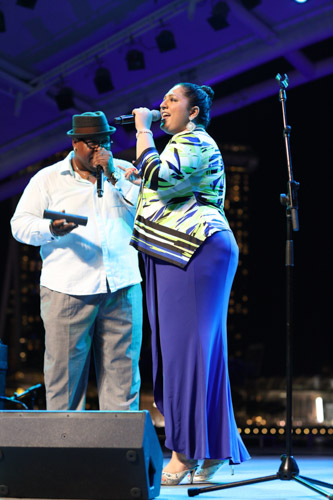 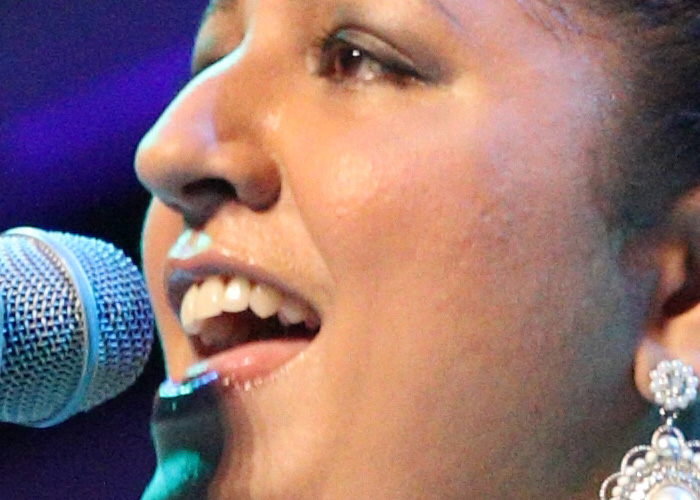 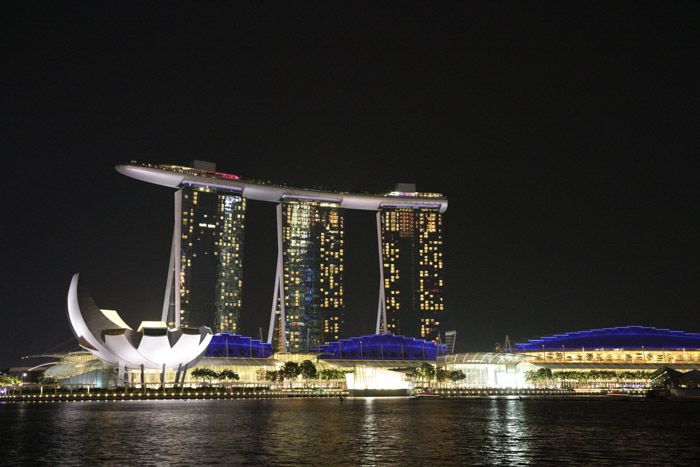 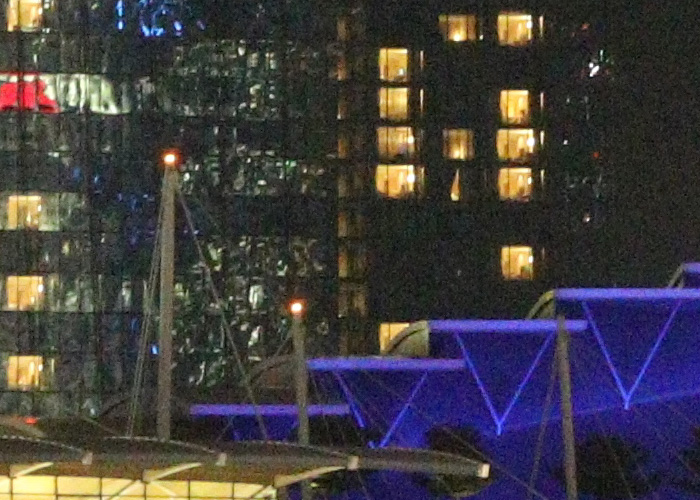 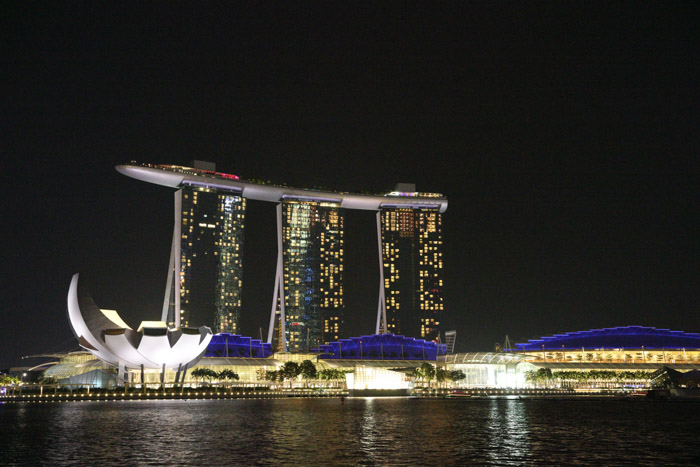 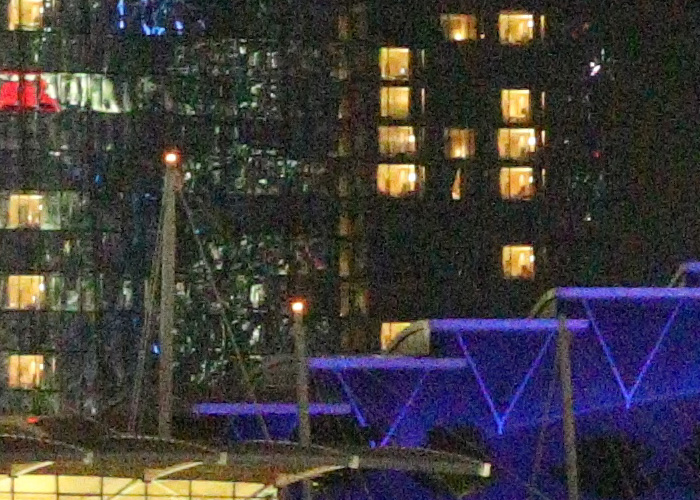 As you can see, at ISO 3200 and above there is a significant amount of color noise introduced into the picture, but shoot at the low ISOs using a tripod and you get very clean images. That's evident even in the 13-second exposure of Fullerton Hotel above, once again reinforcing the idea that cameras with a higher resolution count require more discipline to get the best out of them.

What 50 megapixels gets you:

At this point I'm sure you must be wondering what the big difference is exactly. Sure, there's plenty of detail in these images, but how does that compare to a camera with a lower resolution sensor? Well, to better illustrate how much more detail the Canon EOS 5DS is able to get, we put it up against Canon's own EOS 760D, an APS-C format camera that has a 24.2MP sensor. 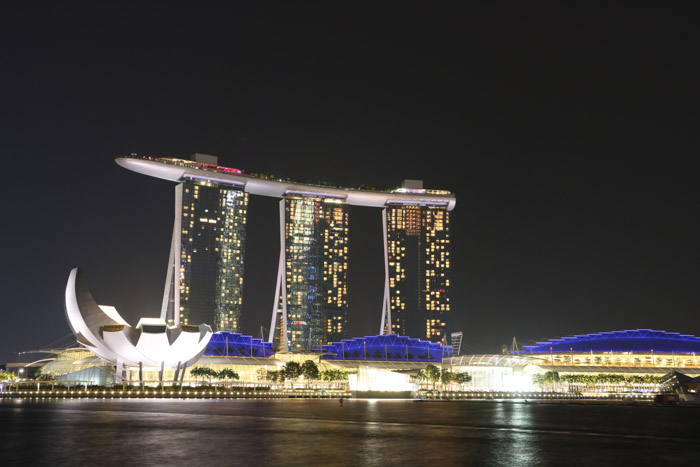 And here's a shot from the Canon EOS 5DS:- 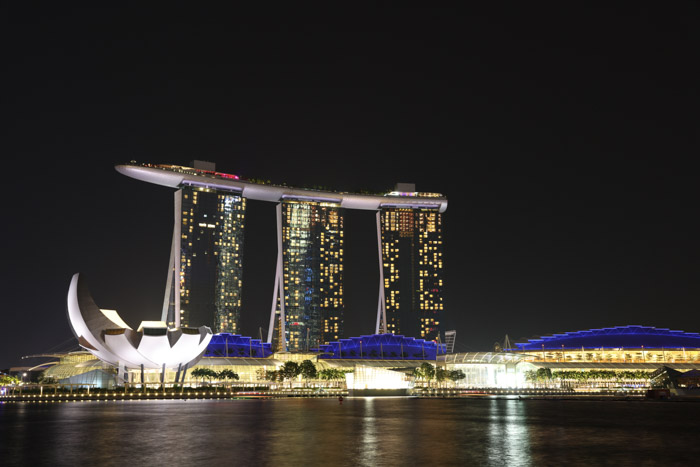 And here are the resulting 100% crops compared. 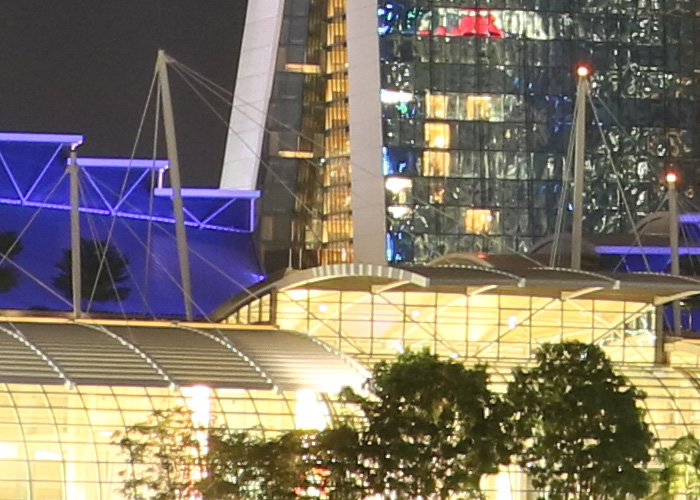 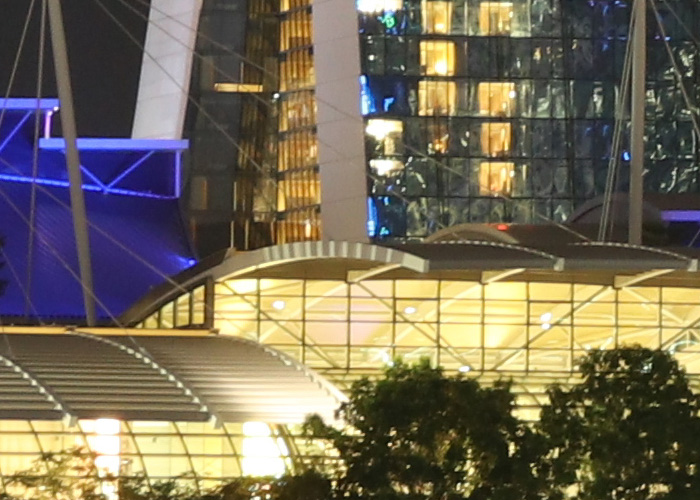 As you can see, this is how much more detail the Canon EOS 5DS will get you at 100%. We'd say it gives you an image that's roughly 40% larger and so gives you just under twice the amount of observable detail on screen at least. Whether this detail is observable in prints that are smaller than A3 or A2 in size is certainly debatable, but that's a subject for another article.

We hope you enjoyed this brief look at the imaging capabilities of the Canon EOS 5DS, and look forward to bringing you another article putting the Nikon D810A, Sony A7R II and the Canon EOS 5DR head to head against each other soon!