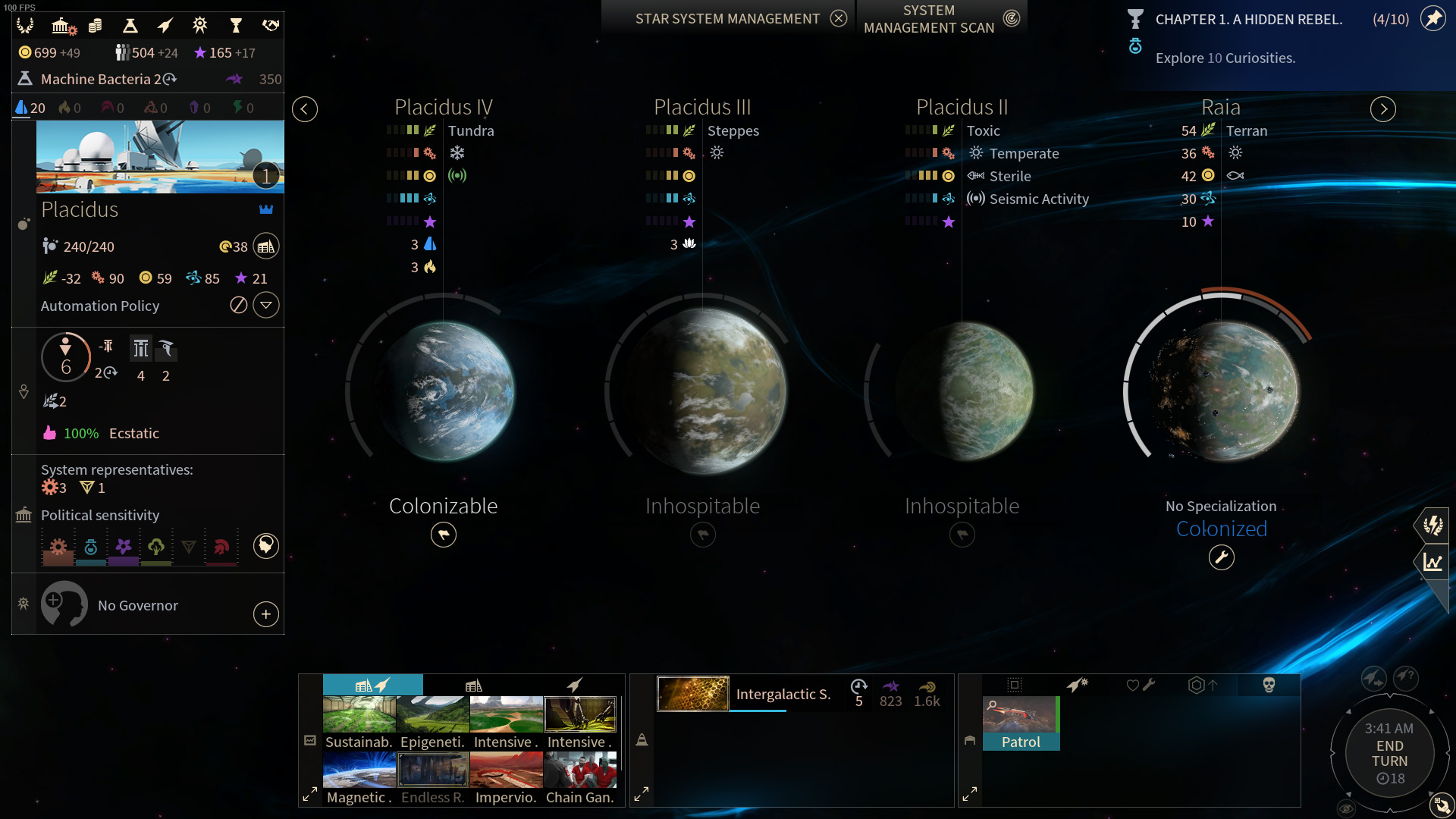 The final boss in our gauntlet was Sega’s Endless Space 2, a Space 4X game (similar to Homeworld) set to tax the ROG Zephyrus M's processing power. We tested it with the usual eight competitors in an Ovoid galaxy map, with few constellations and the standard medium galaxy density. Under settings, we put video quality to the second highest preset, Beautiful, and left V-sync disabled. 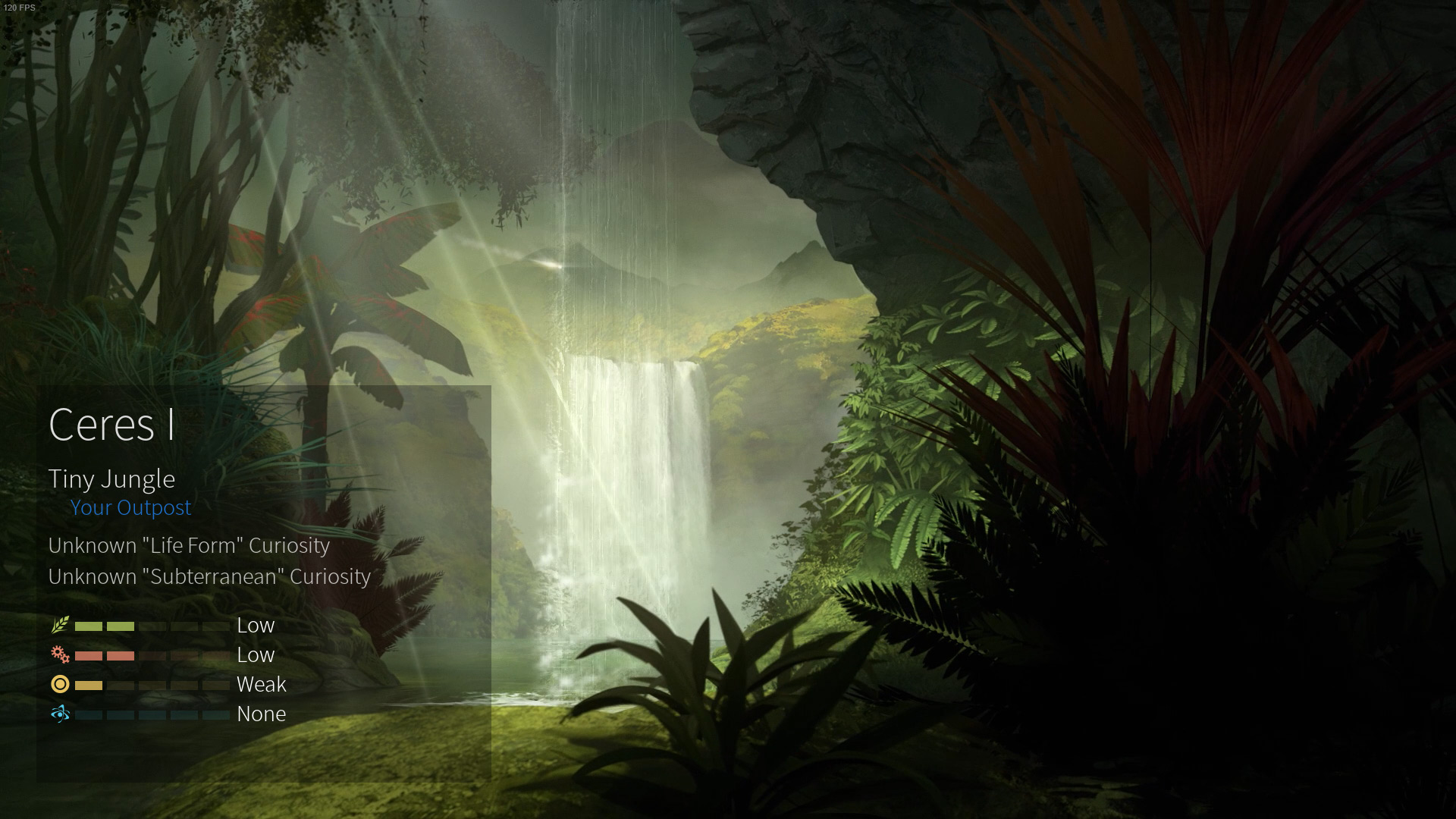 Loading onto the empty map put us at a starting point of 120 FPS, which gradually dropped as we expanded our map and empire’s influence. Cinematics such as planet colonization or the fights mostly hovered at 100 FPS, though the latter slid further to 80 as fleets grew larger and their weapons more complex. Moving through the many menus such as the technology quadrants or the star system reports proved responsive enough, though the larger galaxy map did occasionally chug in-between turns. An expected development that didn’t sour our conquest across the stars. 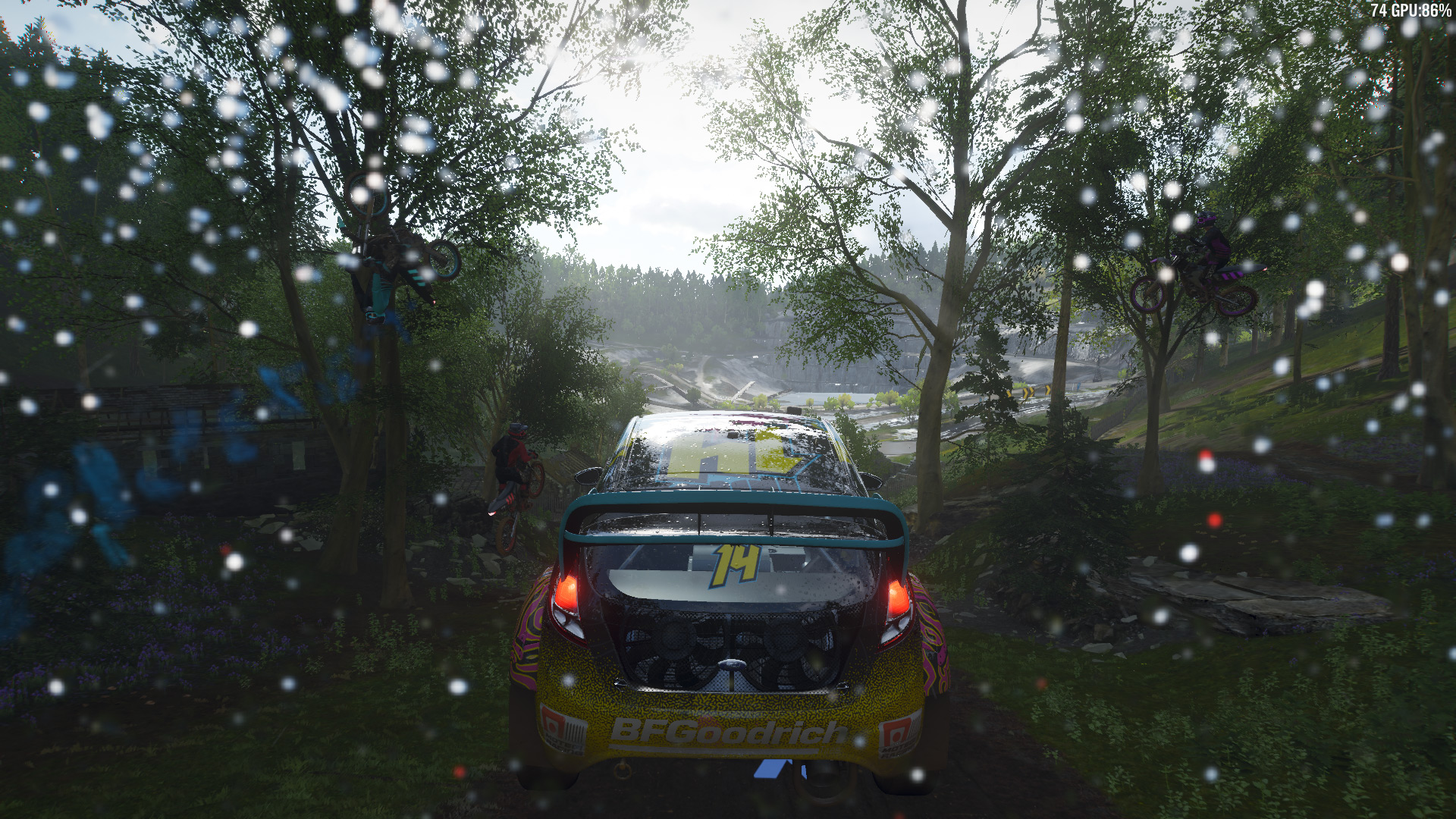 For a different sense of speed, we rolled up in Microsoft Studio's Forza Horizon 4. Whizzing through the English countryside on Ultra setting proved to be incredibly smooth, even as we were plowing through snow, fences, and water. The ROG Zephyrus M performed better than expected, averaging 70-80 FPS regardless of race type or track. Slo-mo crashes and visually busy rewinds might have it dipping to the mid-60s, but we never sunk lower than that. 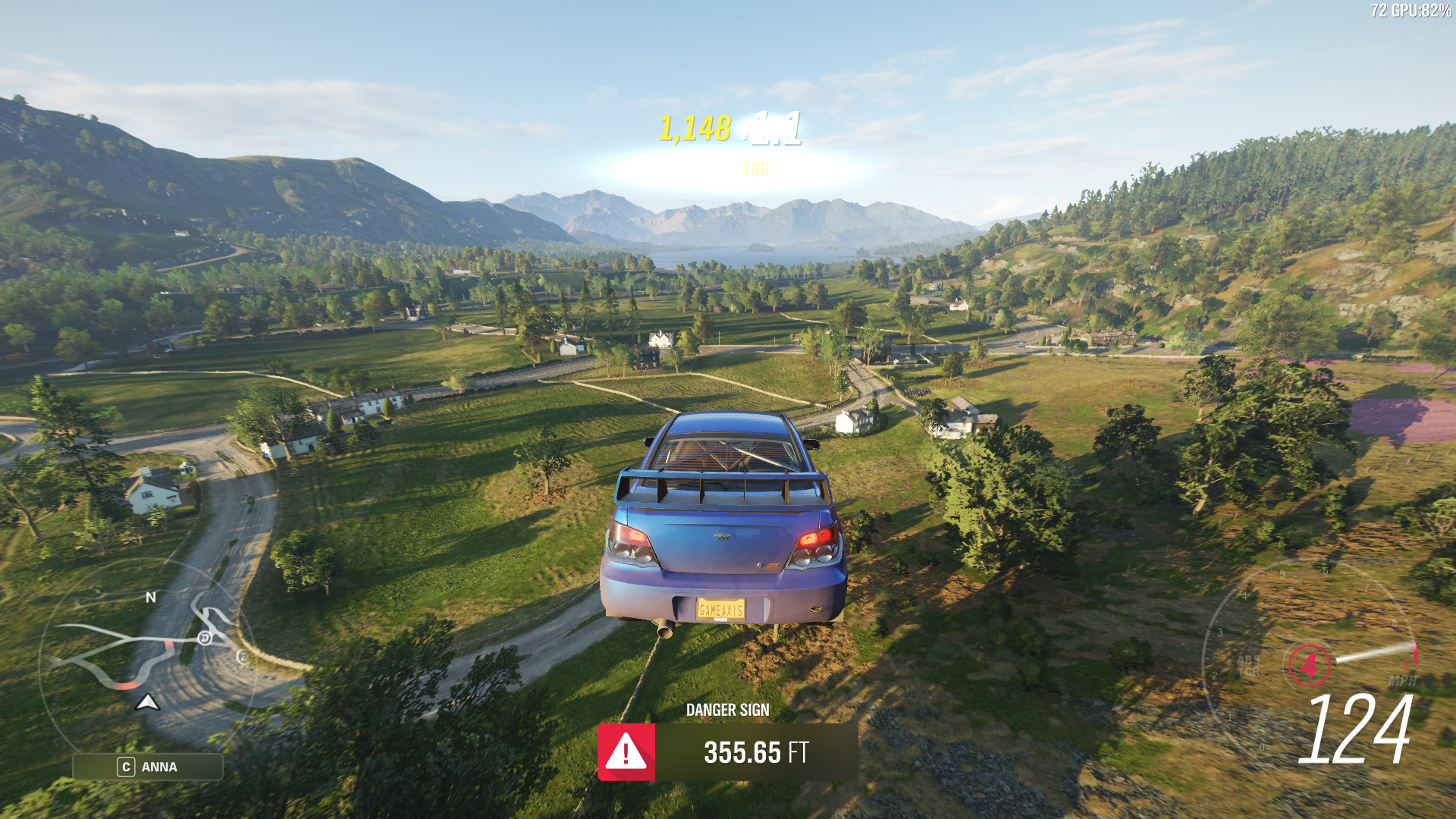 This proved true whether we were speeding along the hot and dry roads in summer or churning through the mud and rain of spring. Autumnal colors looked particularly beautiful on the display, as were the sunsets streaking through the trees and over cresting hills. Matching it was the roaring twin-turbocharged V8s on the gorgeously aero McLaren Senna, all of which made it hard to remember that we were here to track FPS and not actually play the game.

Given how much time we spent with the laptop it would be remiss not to touch on the user experience. The chiclet keyboard isn't going to gain any points with the mechanical crowd, but it performs well enough for both gaming and typing. Modifier keys such as Ctrl and Alt are a little taller than usual to make reaching for them easier.  That said, the overall spacing and layout feel slightly cramped, which is probably due to the number pad that this notebook also packs in. However, this is not a deal breaker and many notebooks in this class share a similar limitation. 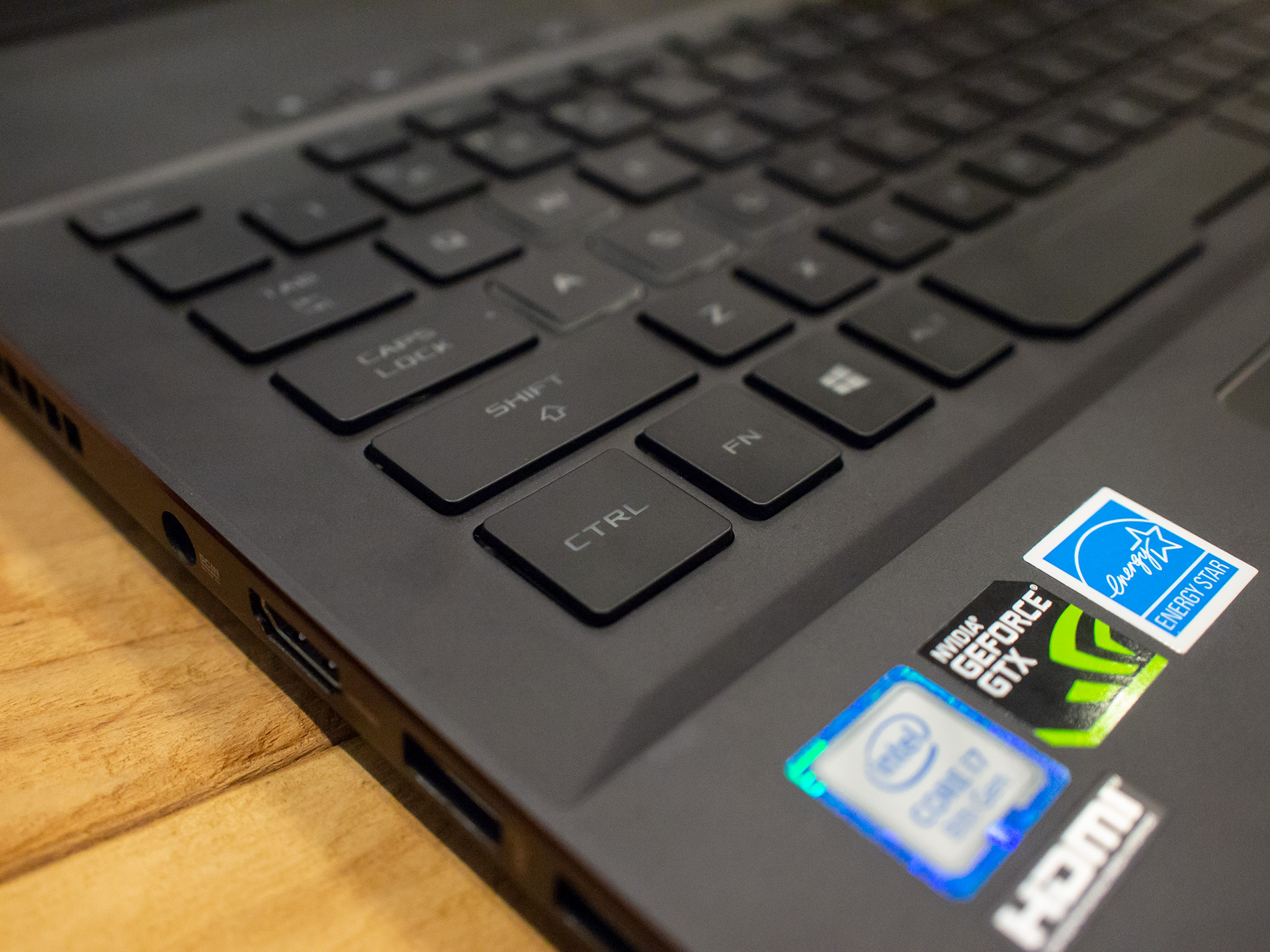 On the bright side, it's great how ASUS has six different display profiles built into their gaming software, although there isn’t any RGB or custom setting for color-accurate work. Otherwise, games look great on the IPS screen with little brightness fiddling and good overall contrast. It does not support HDR but that’s to be expected, and lookers such as Forza Horizon 4 had no trouble throwing out some highly saturated scenes. 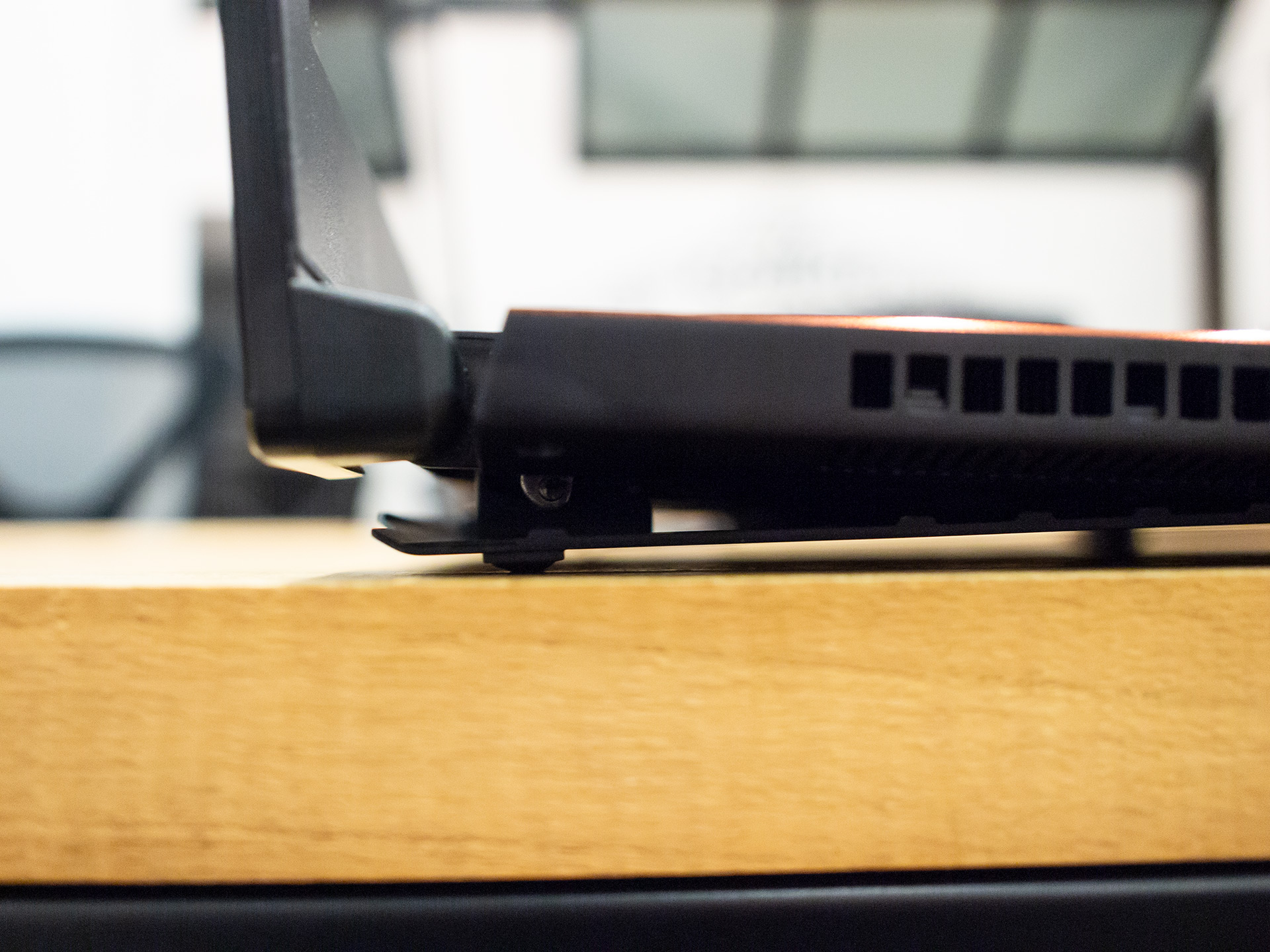 How well does an S$4,000 notebook run the latest games? By the ASUS ROG Zephyrus M's reckoning, pretty well. It strode through most of our games gauntlet without breaking the absolute minimum expectation of 60 FPS, and it did so with the graphics settings kept reasonably high. The massive Assassin’s Creed Odyssey turned out to be the only exception, though it was an expected outcome given the open world-ness and amount of detail in that game. For everything else, the notebook met the demands of gaming at Ultra, and we’re confident it can handle future releases on High without breaking too much of a sweat. Now to wait and see what the next generation of hardware brings.

Here's a summary of our gaming gauntlet, including rough performance expectations across all game settings. Take note that we've primarily used FRAPS to test out the games in this feature and record a general performance range one can expect from similarly specced notebooks as the Zephyrus M. Additionally, where in-game benchmark tools exist, we've also run them at their respective in-game settings to get scores that will indicate how exactly this notebook fared.

Note: Approximations of in-game graphical settings used when presets are not available.